Adapting a Rabindranath Tagore short story is tough especially for a relatively young filmmaker who is making his first Hindi feature film. By the same argument, it is rare to find a story dealing almost exclusively with guilt. But Bipin Nadkarni who has produced and directed the film has done admirable work though he has taken liberties to add a few innovative changes as he updated the story to begin with the impending government takeover of the coal mines in the Dhanbad-Jharia belt around 1973.

Darbaan is a multi-layered film that explores several areas of human emotions and relationships through the story of an old caretaker and the child he failed to take care of. He disappears from the lives of his master Anukul and his wife who he practically brought up from childhood to adolescence.

The relationship between the senior master and his servant, the close bonding between the senior master’s son Anukul and this caretaker, the strange relationship between the caretaker and his own biological son and last but never the least, how a man’s life can lie in a debris around him because his guilt of not being responsible dogs him right through his life. This is also a reflection of the deeply embedded feelings of enslavement where Raicharan prefers to be slave not only to his master/s through two generations but also to his own son!

State-owned Coal India had a monopoly on coal mining between its nationalisation in 1973 and 2018. This forms the time and the backdrop for the story. The place setting is Jharia in Dhanbad. This invests the film with a period flavour and captures the ambience of the place and its simple landscape with water bodies, gardens and trees with a river flowing beside the town and long, winding roads snaking between the fields and the trees. The film opens on a beautiful white palatial house of Naren Tripathi, a coal mine owner.

Naren Tripathi (Harsh Chhaya) and his wife (Sunita Sengupta) live with a retinue of servants. Among them is Raicharan, (Sharib Hashmi) now an adult, who joined the Tripathi’s home as a servant when he was just a boy of twelve. He grew to become a caretaker of the family, beside them, ready to obey their every command.

Raicharan and their little boy Anukul get so attached to each other that they get more bonded than Anukul is with his parents. The parents depend completely on Raicharan to take care of the little Anukul. However, the Tripathis move away when the coal mines are nationalised and Raicharan returns to his village

Several years later, an adult Anukul (Sharad Kelkar) returns with his wife (Flora Saini) having bought back the mansion his parents once owned. The same bonding happens between the now middle-aged Raicharan and Anukul’s tiny boy Siddhu. Once, while on their little sojourns, Raicharan loses hold of Siddhu while fetching flowers for him. Siddhu is carried away by the stormy waters of the river and Raicharan comes home without the little child. Anukul’s wife is inconsolable and is convinced that Raicharan has kidnapped Siddhu but Anukul keeps the police away. Raicharan goes back to his village. The till-then childless Raicharan and his wife beget a little boy. But Raicharan cannot even bear to look at his own little boy because he is filled with the guilt of losing Anukul’s son.

One day, he discovers some similarities between the little boy of Anukul and his own boy Siddhu including a fair skin and good looks and some small mannerisms. He begins to treat him like the long-lost little boy and not like his own son. Much to his wife’s Bhuri’s chagrin, he begins to shower the little boy with toys and things he cannot afford including admitting him to an expensive school. He begins to sell off the small pieces of land and his son is surprised about why his father calls him “Khoka Babu” and not by his name. His loving wife Bhuri (Rasika Duggal) dies of sheer negligence and poverty.

When his son is around twelve, Raichu brings the boy to the Tripathi home and says that he had indeed kidnapped little Siddhu and he has brought him back. The young couple is overjoyed. But Raichu knows that Siddhu had drowned because he discovers one of the pair of baby boots the toddler was wearing floating on the river waters. He leaves his own son with Anukul and goes away forever, never to be seen or heard again.

Tagore wrote Khokababur Protyaborton (The Return of Khokababu) in 1918. Times were different then from the environment in 1918. A Bengalii film on the story was made by Agradoot group in 1960 with Uttam Kumar playing the role of Raicharan against his romantic image grain. This film recreated the period and remained loyal to Tagore’s original work. Bipin Nadkarni has made very few changes without losing out on the essence of the character of Raicharan and adapting it to suit the 1970s.

It is a very understated, subtle film with the director having put together an excellent acting cast where the physicality of the characters is just right complemented by the actors’ very good performances. Harsh Chhaya as the coal mine owner is very good in a brief cameo and so is Sunita Sengupta as his wife. Rasika Duggal as Raicharan’s wife and the child actors playing the child Anukul and Raicharan’s son Siddhu are charming, naïve and natural. Sharad Kelkar as the adult Anukul adds that touch of empathy and intrigue that makes him seem real. But it is Sharib Hashmi as Raicharan who carries the film on his able shoulders from beginning to end, bringing out the changes in his ideology as reflected in his behaviour over time as he grows from a young man to a man older than his years with incredible brilliance.

The cinematography (Amalendu Choudhury) spans the picturesque landscape of Jharia with its woods and the river and serpentine roads captured in long shots and mid-long shots like punctuation marks in a beautiful essay. The editing is crisp and tight while the production design, mainly of Raicharan’s village home and the terrible surroundings juxtaposed against the palatial mansion of the Tripathis is exceptionally good.

Vandita Chakradeo and Jayant Jathar’s editing keeps the film’s pace slow as that is what the story demands and so does the time it is placed in. When Raichu and his son move to a hill town, the pace fastens in keeping with the town ambience. However, the villainous character is uncalled for and is the only touch of melodrama and coincidence in the entire film.

The question the film raises is – is Raicharan finally rid of his guilt? Or, does he spend the rest of his anonymous life filled with the vacuum his son left behind? Or, rather, was this sacrifice necessary at all or was it a willing sacrifice? The closure is sad but excellent.

Darbaan premiered on Zee5 on December 4. 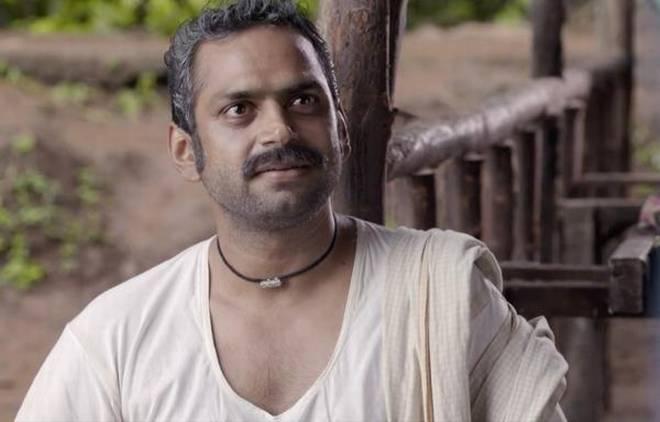