As social media becomes an integral part of our lives, birthing new offline communities, it also has its fair share of toxic and hurtful content. But some people are using these online platforms to bring forward important discussions so far kept out of the main stream.

Online toxicity ranges from heterosexual abuse to male abuse, racism to outright casteism. While some people are blunt instruments, others use humour, especially memes, to drive their casteism. Now people from increasingly varied social backgrounds are countering these stories, also with a sense of humour. 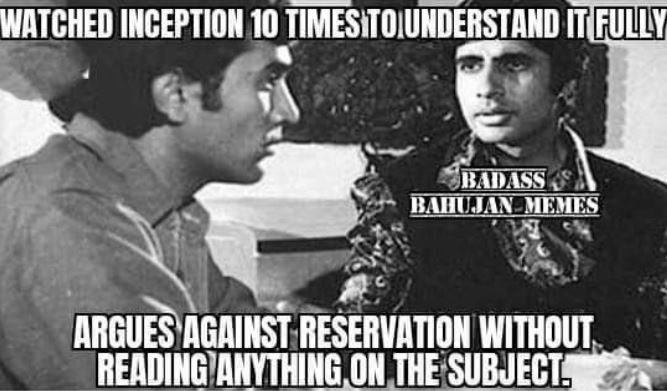 Badass Bahujan Memes is a Facebook page with more than 14,000 likes so far. It aims to spread Bahujan ideology and political awareness through memes. Asked why they felt the need for a Bahujan meme page the admins said,

“Social media and messaging apps like WhatsApp were being used to circulate casteist propaganda. We decided we needed to create an alternative space to counter such propaganda.”

Dalit Memers, another Facebook page with 8,500 likes so far was begun with similar motivations. “We realised there are already good meme pages and research based pages in Hindi and we’re lacking those in our local language Telugu,” the admins told The Citizen.

Why a meme page instead of an information page?

For Badass Bahujan Memes, “Given the pacing lives we live and shortening attention span of people, it was important to condense our ideas and research into a concentrated format. Memes provided us with the best format to do so.”

Dalit Memers said they perceive memes as a mode of propaganda that can be used for educating and sharing information in a very short way. “People will remember it if it’s mixed with satire and an image is used.”

A glance across social media meme pages is enough to show the casteist undertone of memes consumed by thousands every day. To combat this, meme pages like Dalit Memers and Badass Bahujan Memes are creating their own space for a counter narrative in the public sphere.

Why do oppressed caste views continue to be underrepresented?

Badass Bahujan Memes explained, “It was easier for the liberal and middle class to speak about class and gender and express solidarity to the sexual minority, but discussions about caste and the content addressing this particular issue was still a hush-hush topic in social media.”

They said they think people are embarrassed to talk about caste in public forums due to the stigma applied to it.

Dalit Memers pointed out that the lack of DSA (Dalit–Shudra/OBC–Adivasi) content online has real consequences. It can lead to people justifying the existence of the caste system, and opposing the reservation system designed to combat it.

“We’re in the phase of transition, and it may be sooner than expected that dynamics change towards DSA content.” They are hoping more people come up with DSA related quality content to help the narrative.

On bringing change, Badass Bahujan Memes said it was important to have a majoritarian narrative with a mass base of the Bahujan community.

When such a base is created, they said, it gets easier for content creators not just to publish their content across various platforms but also experiment with their ideas, “without the stigma, fear of cognitive black and bias.”

This would further help in consumption of this content, and the masses would also become conscious of their ideologies.

Dalit Memers emphasised the need for more such pages with varied mottos and in many local languages. They said it is imperative for these pages to support, promote and coordinate with one another.

The internet is a great tool to further causes that can, in the long term, benefit communities. That’s what these pages look to do. As the admins of Dalit Memers put it,

“We are not here to argue or indulge in educating people who are misogynic and casteist. We are here to build a forum to reach out to people from such communities and introduce them to our ideas of equality.” 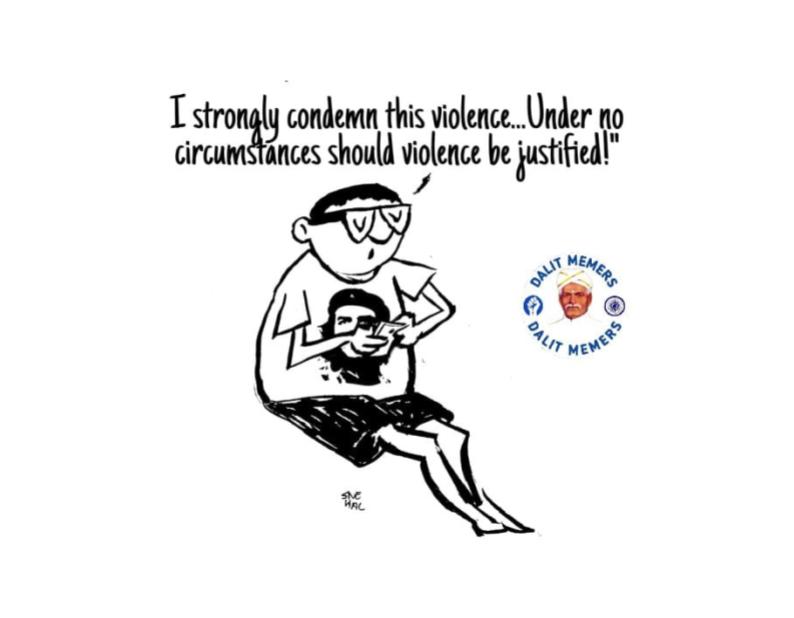