The name of the film is Bansuri, meaning flute, a musical instrument not very common among urban kids today within a musical ambience is becoming louder by the minute. It is a tough instrument to learn, takes a long time and has fewer masters who can train one to become an expert bansuri vadak – flute player. Bansuri is about a small boy, Madan, who accidentally is motivated to learn the flute.

Madan’s wanting to learn the flute has little to do with the flute per se or an inborn desire to become a flautist. He feels it will bring him closer to his father who he has never seen but he has learnt that his father is a very good flautist and has a good job as a flautist in Dubai. So, he believes that there is “flute” in his blood just as there is the piano in his best friend David’s blood, his father being the church pianist.

His mother, Sapna, a physiotherapist who works in the local hospital and also freelances for in-home patients looks after her son and her father-in-law who takes in mending orders from the town and manages to barely make ends meet. Madan is a very intelligent boy and his bonding with David is brought out very well both by the actors as well as by the script which never tries to melodramatize their bonding. He is also concerned with his grandfather’s failing vision but nags his mother for a flute.

There are several subplots that zero in on Madan and his trying to master the flute. He is punished in school for bringing the flute with him but the principal, hearing him play, includes him in the school annual programme instead of punishing him.

Where is Madan’s father and why is he not with them? Why must Sapna bear the responsibility of her little boy and his grandfather alone? What happens to Madan’s grandfather’s failing vision?

Through the story of Madan, portrayed with outstanding spontaneity by Ankan Mallick, director Hari Viswanath effectively touches upon other social issues such as the free eye camp in the village, Badal’s promising to take care of David’s favourite bird’s nest when David’s father, the church pianist, is transferred to Darjeeling, David’s father’s realization that Madan should perform in the annual function and so on. Deepro Sen as the roly-poly David is a charm. The scene where the two boys sit beside each other with their heads down and trying not to look at each other just before David is to move on is touching.

The bonding between Mala, the musician daughter of one of Sapna’s patients and Sapna is shown subtly. Madan also bonds with Mala who teaches him to play the flute. Madan’s flute recital at the school’s annual programme is played out without either glamour or drama. Nor is there any sign that Madan will become a great flute player in future. The flute is an agency that leads to the small boy’s discovery of his missing father and his acceptance of the fact that his father cannot play the flute at all.

Rituparna Sengupta as Sapna is a pleasure to watch with her screen persona stripped of make-up and glamorous costumes. Hers is a natural performance but why she smiles so little and so less makes her too glum. Maasood Akhtar as the father-in-law is a charmer while Meher Mistry as Mala and Danish Hussain as David’s father do justice to their brief cameos. Anurag Kashyap has given better performances in his earlier films. In his role as Sadashiv, he often appears too conscious of his performance. Besides, he is a bit too much on the heavy side given the background of his character.

Each character is invested with a “signature.” Sapna is always on the move, or at work, walking briskly to her place of work, attending to her patients with more care and less speech, dressed simply. Her father-in-law is mainly seen at his sewing machine trying to thread his needle or stitching in his bed. Madan is a boy wise beyond his years who is genuinely angry when the postman refuses to hand him a registered letter as he is a “child”. David is very fond of his close friend while Mala is keenly interested in Madan’s progress with the flute.

The film was shot entirely in the Dooars in the northern extremes of West Bengal like Aibheel, Chalsa, Jalpaiguri and Mateli, so the cinematographer has taken full advantage and some more of the picturesque landscape thick with the greenery of the tea gardens with the long, winding roads between. The camera also cuts across to cover the small police station, the very modest, two-room house of Madan, the plush exteriors of Mala’s mother’s home, the modest interiors of Madan’s school and the very Christian-like home of David and his parents.

Sreekar Prasad’s editing is like a model lesson in economy, and crisply cuts to a completely different frame, situation and place when it is no longer necessary to prolong it. At the same time, the cuts are neither jerky nor jarring. There are a couple of songs in the film and the lyrics are as beautiful as the music scored by Debajyoti Mishra.

The episode of the man who seems to have had something going with Sapna is completely superfluous. So is the scene showing the bank manager trying to made a pass at Sapna as is her micro finance coming through so smoothly surprising and odd. They somehow make one suspect that these were added to add to the footage of the film and perhaps, for commercial reasons. Sapna not offering even a cup of tea to Mala when she comes to reach Madan back home is strange. At least half an hour of running time could have been clipped from the final print.

Bansuri is a lovely, happily-ever-after film multi-layered with messages that come across subtly and in very low key. Though the film is called “bansuri”, the physical presence of the flute in the film is less important than its ideological and emotional presence. The director has brought forth the emotional significance of the flute in bringing a fragmented family together smoothly and beautifully. 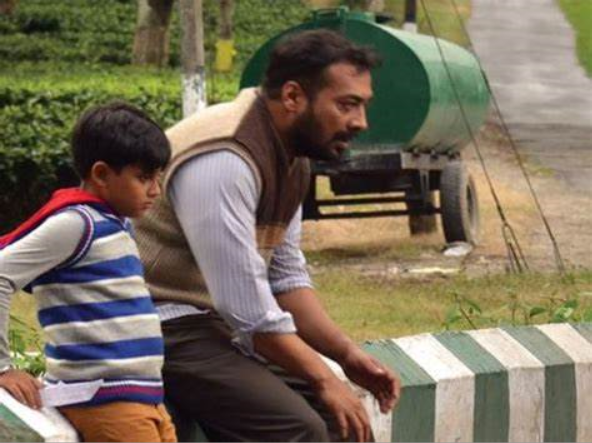