The Centre for Policy Studies recently presented its the second (and fully online) edition of Atelier: Talking Policy Through Cinema. This was held with film screenings prior to the discussion on the said film between March 3 and 6 this year. The four films, chosen with great care, focussed on little-known pockets of humanity in the country, on marginalised and invisible people of the country about who we, the mainstream people, may not even know about.

Last year, Atelier had hosted a travelling a Students’ Theatre Festival over 17 days – 7 Cities – 18 Venues – 50 performances. It was the 12th Edition of ACT, as it was called.

The four films screened on this three-day film festival were – Eeb Allay Oo directed by Prateek Vats, Turup directed by the Ektara Collective, A Nation of Farmers and Migrants created by PARI, (The People’s Archive of Rural India) which is a package of several short documentaries, and Kosa, a full-length feature film directed by Mohit Priyadarshi. Screening links to the films were sent to whoever had registered themselves 24 hours prior to the discussion.

This programme is significant because stretches the borders of cinema beyond entertainment to focus on human rights and on issues involving men and women whose lives are a constant battle between life and death no thanks to the complete ignorance by the Establishment about their existence, much less of their day-to-day problems.

Says Prateek Vats, a FTII graduate, “The film is the story of a young Bihari migrant labourer, set in the seat of power, Lutyen’s Delhi. By using the tropes of contractual labour, we have tried to offer a point of view of the Delhi migrant life and the power play that dominates it. The approach was not to be caught in the causality but to build a narrative that plays out the “small man” in a big system. Not many see Delhi as a migrant city. On film, it is either the South Delhi excess or the nostalgia of the remnants of old Delhi.”

It follows the story of a migrant hired as a monkey repeller in Delhi – the only job he can get. Vats examines the issue of classism under the guise of humour. The audience is witness to the worker’s humiliating and often hilarious attempts at keeping the monkeys at bay. The film has a very sad end because it could not have had any other end for the young man who lives in a very dilapidated home with his heavily pregnant sister and her husband and stand the threat of being thrown out at any point.

Through the portrayal of the lives of Anjani the protagonist, his family and the milieu, the film draws attention to contemporary reality where citizens are manipulated, oppressed, and confronted with violence, uncertainty and loss of livelihood on a daily basis, forcing one to question what it means to be a citizen in today’s times. This is Prateek Vats’ directorial debut with a feature film and a stunning one at that.

Turup is a beautiful, 70-minute film created by the Ektara Collective. Turup uses chess as a literal game indulged in by a cross section of people living in the same neighbourhood who get into the game and leave when they need to. The film was shot over one year that features actual residents of different working-class settlements living in Bhopal. The entire cast was drawn from the location that formed the locus of the story. Other technical and non-technical people came from across the country to become a part of the film.

Chess is also a metaphor that holds up caste and class differences, the levelling of power politics and also the communal marginalisation of an “outsider”, a Muslim, who turns out to be gifted in checkmating everyone at the game without pomp or show. Since a “Collective” has made the film, there is no single director and it is a collective effort, a relatively unknown entity in Indian cinema never mind whether it is a feature film, a documentary or an animation film.

In the credits, Turup acknowledges the “support and solidarity of friends and comrades.” There is no make-up, no costume, no character-building as the characters and the story emerge as if organically from the chess board – painted under a huge tree. Yet, it has a narrative line which makes it a feature film. There are sub-plots interwoven smoothly and seamlessly around the game including a couple of characters who fall in love, a woman who lives life on her own terms though they live in the margins. One can discern an air of self-esteem in most of these characters brimming under their surface small-town appearances.

Ektara is a Bhopal-based independent, autonomous, non-funded and informal group of individuals seeking to collaborate creatively with various communities to make films that are rooted in their own reality and individual experiences.

A Nation of Farmers and Migrants happened to be a group of films presented by PARI (People’s Archive of Rural India) founded by P. Sainath. PARI is both a living journal and an archive. It generates and hosts reporting on the countryside that is current and contemporary, while also creating a database of already published stories, reports, videos and audios from as many sources as possible. PARI’s focus in on sharing stories of the everyday lives of everyday people. It aims to create a public resource which records the lives of Indian people in their own voices, in their own languages.

Among the films screened the first one was – From Mumbai to Bihar and Back – A Migrant Worker tells his story. This film informs us that according to Census 2011m 47.44 lakh migrant workers in Grater Mumbai area were from outside Maharashtra. 2.83 lakh works were from Bihar alone. From 14th March 2020 to 4th July 2020, 209 migrant workers died in accidents while heading back home. 219 workers died of starvation or financial distress.

One Bihar migrant says, “We have no knowledge about whether the CM of Bihar, Nitish Kumar acknowledges us as residents of Bihar and accepts our responsibility because as citizens of Bihar, we are facing many problems right now.” Many have returned to Mumbai for lack of food. 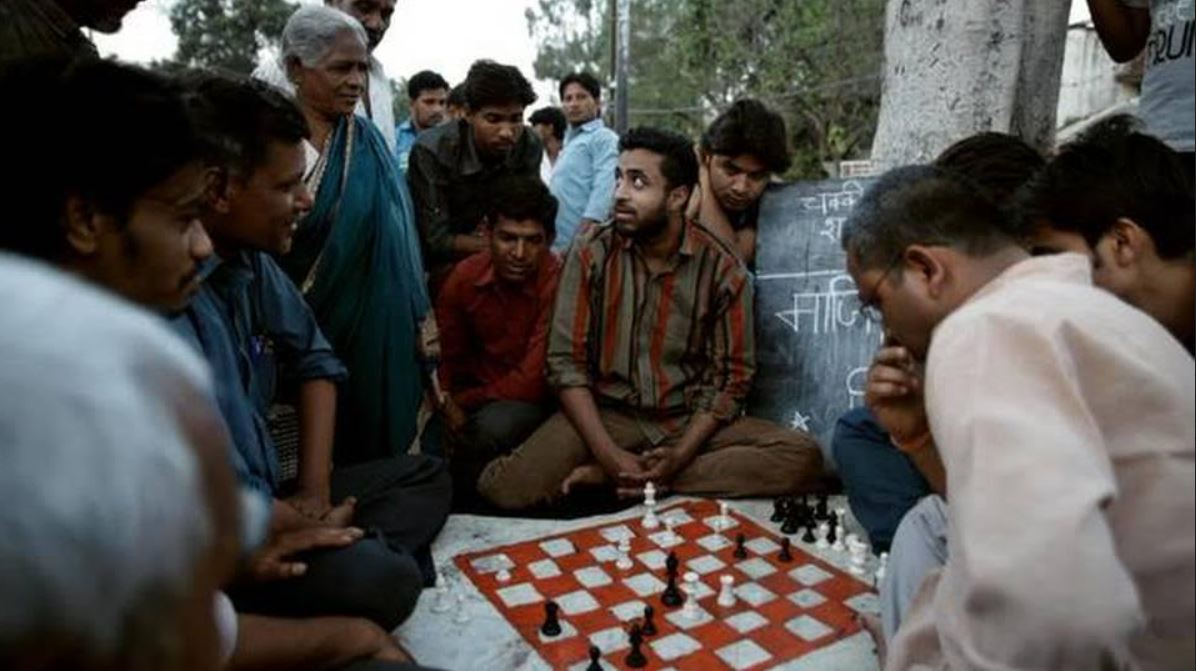 The next short film was Domestic Violence in UP During Covid. Girija Devi, 30, an ASHA worker from Basaora village in Mahoba District, UP says, “Yesterday, my husband’s grandfather beat me with a lathi and even tried to throttle me.” Homemaker Nagina Khan from Kalwara Khurd Village, Chitrakoot District, UP says, “From the time this lockdown began, he hits me even more – every other day I get a beating. He plays cards the whole day and stays at home.

PARI spoke to Aseem Arun, Additional DC of Police, UP about domestic violence complaints during the lockdown. He said, “Complaints came down initially but rose again and then 20% less than what it was before as the liquor shops had opened.” He added that cases were underreported because the abusers are living with the victims or domestic violence, One wife said, “when we asked the men to get tested for Covid, they beat us badly.”

This was followed by the Grindmill Songs Project – Songs of Love for the Migrant Away from Home from Maharashtra showing women singing away even as they go in groups to the farms and to their work field.

Savita Gunjal, 16, is a Bhil Adivasi girl from Chandwad village in Maharasthra who is a farm labour but composes and sings songs on the everyday struggle of adivasis. Savita was part of the vehicle jatha of farmers who left Nashik for Delhi on December 21, 2020 to support the ongoing protests at the capital’s borders against the three new farm laws. Savita’s songs kept her co-travellers in good spirits right through the journey as she ws singing all the way.

The screenings closed with Mohit Priyadarshi’s brilliant film Kosa. Kosa is a brilliant film that uses the language and technique of cinema to unfold a story of unimaginable cruelty that sustains in the remote areas of India peopled by adivasis. These marginalised people who not only live on the dangerous edges of poverty but also live in the fear that they will be picked up any day, any moment on any trumped-up charge either by the local police, or by the CRPF or anyone in power and may never be able to come back home.

Kosa Muchaki (Kunal Bhange) is a 17-year-old boy who is a topper in studies at the local school. He sets out to sell a goat as his father, burdened with loans, must repay the loan part by part. They live in a village on the borders of Chhatisgarh, earmarked by the power-that-be for “development” by contractors who compromise the local police to allow the land to be appropriated from its lawful owners – the adivasis. The family, comprised of Kosa’s helpless father Sangram and his two sisters, get scared when Kosa does not return.

Priyadarshi began writing Kosa nearly three years ago. During visits to Bastar, he had met a bunch of boys who had been randomly picked up during police sweeps. The normalisation of a clear violation of rights jolted Priyadarshi. “These boys told me, we have moved on with our lives,” he recalled. Kosa is a collaged character collated from his experiences. 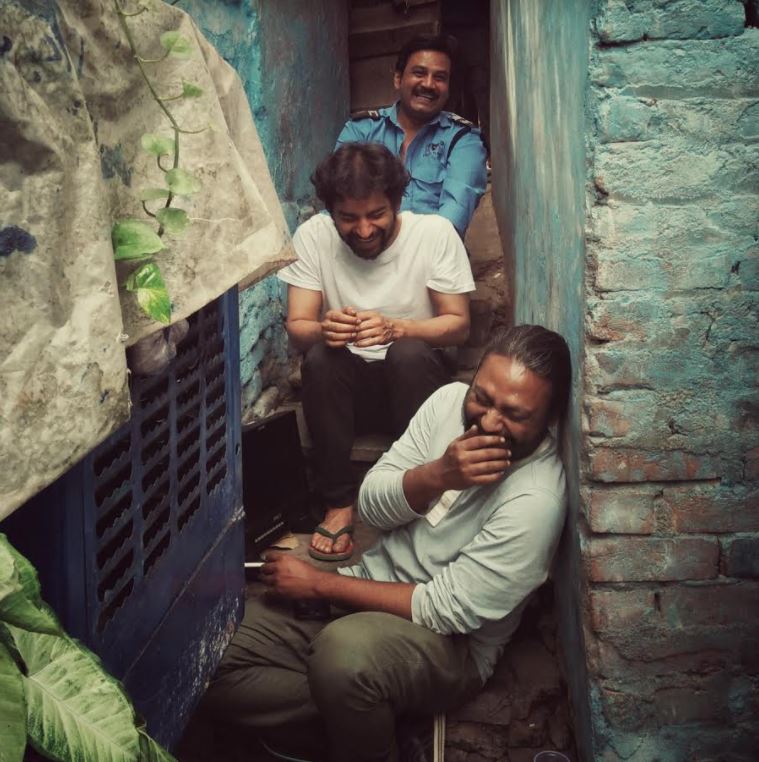