Have you ever been slapped before you even realized it? By the time you collected your wits enough to retaliate, the perpetrator had vanished into thin air. The Great Indian Kitchen, a film in Malayalam directed by Jeo Baby comes like a stinging double-slap – one on the supporting characters in the film who believe that conventional practices are slotted exclusively for the women in the family and the other, on the audience, a major slice of which actually believes that a married woman’s rightful place is in the kitchen.

Is it? The film is a slow-burn revealing how the kitchen and all duties tied to it solely by the women in the household can be an epitome of violence on the woman concerned and, in this film, she internalizes it deeply because even her mother persuades her to do exactly what she is expected to, it never occurs her to complain, or, to get angry, or retaliate. It almost makes us angry with her patience and her levels of tolerance.

A young girl, slightly plump, attractive in an ordinary way but not beautiful, a student of classical dancing, is married, through negotiation, to a school teacher and among the dowry stands a glossy red new car with the pink ribbon intact not to forget the tons of jewellery she has been given.

She steps into the kitchen almost the next day following the nuptials and helps her mother-in-law who slogs and slogs from bringing her husband his toothbrush and toothpaste in the morning to taking care that the chutney is ground on the grindstone and not in the mixer-grinder and rice, please note, must never be cooked in the pressure cooker. Her husband does not like this.

The quiet mother-in-law is soon summoned abroad by her pregnant daughter to take care of her till she delivers her baby and is reduced to slogging there as well. Now, it is this young wife who takes over without either question or complaint.

The film points out that “kitchen” is actually a metaphor for the larger prison in disguise for the free slave otherwise called the “bahu” for who there is no escape. Sweeping every corner of the house including the courtyard, brooming, washing clothes, sorry, no washing machine but on a big stone, washing vessels, grinding spices, fermenting cereals, making tea and cleaning the table disgustingly dirtied by father and son who chew their drumsticks in the sambar and throw waste on the table. 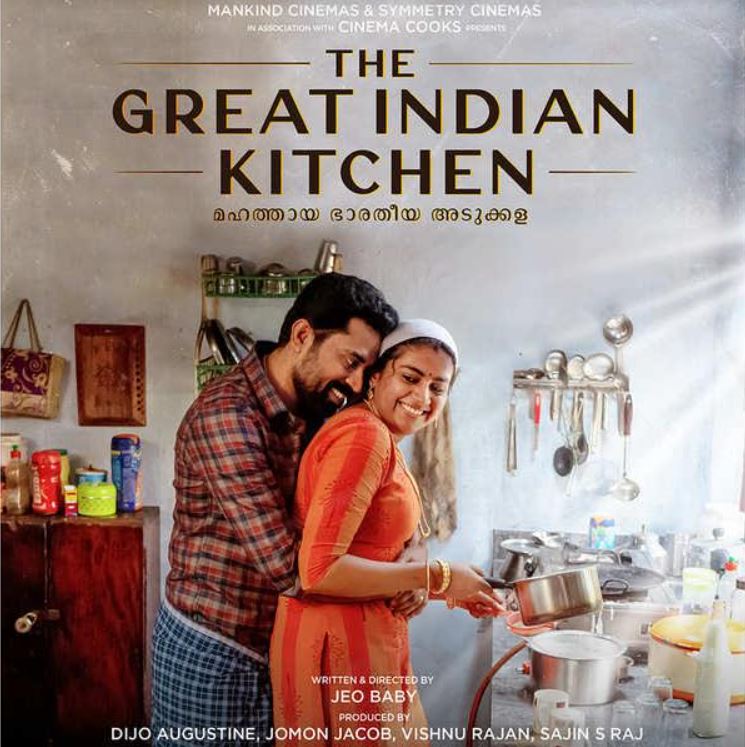 The wife’s sex life does not exist and like any paid sex worker, for her, it is “wham, bam, thank you ma’am” till she complains about how painful sex is for her without foreplay. The husband sarcastically comments on her use of the word ‘foreplay’ and cruelly says that some feelings for the partner are mandatory for foreplay! Really? Is he not his wife?

We do not see them go on a honeymoon nor for films or outings except once for dinner at a restaurant where the husband is very angry when the wife comments on his “manners” at the restaurant as against his lack of manners at dinner at home. He begins to use the word “manners” to whip her with at every opportunity and she quietly takes it in though the anger has already begun to simmer within specially when her mother scolds her when she calls up to complain telling her to consider herself lucky to have been married into such a “prestigious” family!

When she applies for a job of a dance teacher, her father-in-law says “we discussed it, didn’t we” though such a discussion never took place. She is forbidden to accept the job by her husband too and this is when her father-in-law tells her that her mother-in-law is a post-graduate but she never took up a job and that is why the children are so well brought up! Really? With an ill-mannered school teacher for a son who demanded a new car as part of the dowry and a very selfish, pregnant daughter who summons her mother instead of appointing an ayah?

All hell breaks loose when the wife has her periods. Once, the maid is asked to do the cooking who confesses to the wife that she never tells her employers when she has her periods because all that leave without pay will cut into her children’s school fees. The second time, a female relative is called in to cook and she is shocked to find the young wife sleeping on the bed! “You are supposed to sleep on the floor on a straw mat. You are not supposed to touch anything and I will bring your food to you,” she instructs, angered by the younger woman’s ignorance about these customs as she has been brought up differently. She remains confined within her room for six days and on the seventh day, she has to observe the rules of “purification” which in reality, translates as “more punishment.”

The wife begins to lose her cool when her husband announces that he will begin a life of abstinence prior to his pilgrimage to Sabarimala and the wife is commanded to make and bring endless cups of tea when religious friends of her husband and father-in-law begin their endless visits. Who is observing penance for the supposed pilgrimage? Is it the husband, or is it the wife? Her simmering anger begins to show her ways and means to respond to her torture in unsuspecting ways and one day, she splashes the dirty water beneath the sink on her husband and his father.

She sees a social media post by a lady who asks everyone to back the entry of women in Sabarimala urging them to forward the post. This young woman’s home is set on fire by men who do not like her activism about Sabarimala and women. 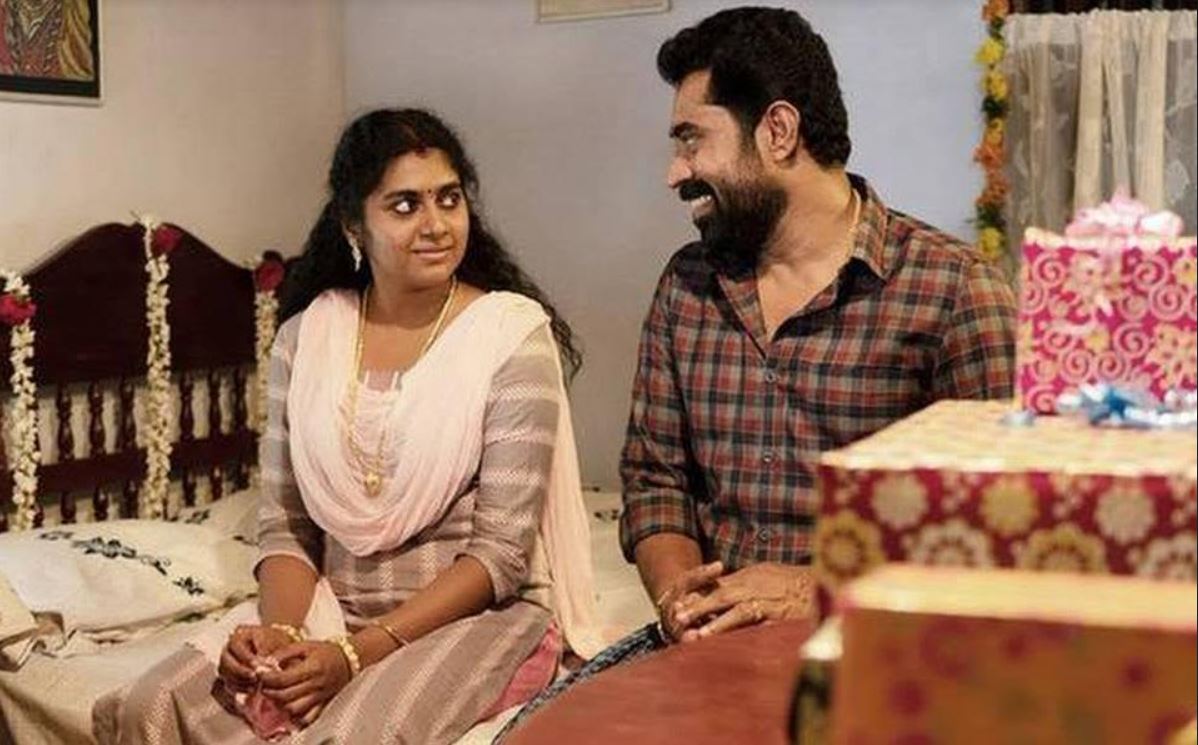 The wife forwards the post and the religious men talk about her very unruly behaviour. She will be forgiven is she deletes the post but even when her husband orders her to, from the other side of the door as he is not supposed to see her face, she slams the door on his face and tells him that she will not delete the post, daring him to do what he can, adding that she knows that he cannot do a thing!

The next thing we know, while the black-lungi-and-shirt wearing “religious” men are discussing the wrong she is doing to the family, the wife picks up her purse and walks out of the house, firmly and with confident steps, not once looking back on what she has left behind which was never hers anyway. Her mother however, orders her to apologize and go back but she refuses. We then see her driving that red car her parents gave as dowry going to choreograph a Kathakali performance by her female students.

The director and the camera go on focussing continuously on the household chores the young woman is forever engaged in, without rest, without love, without friends, without even sex - sweeping, brooming, cleaning, washing, grinding, cooking, roasting, serving, dusting, in fact, doing everything except living a normal, reasonably happy life like any normal, married girl.

The repetition of these scenes highlights the reducing of a young and happy girl to a slave, an unpaid servant in her husband’s home with her silence first suggesting her compliance with the system and then as an expression of her growing anger that finally bursts out in an act of rebellion, also silent.

The repeat shots may appear a bit boring but on hindsight, one realises that the treatment has been deliberately dragging to drive home the point the meaningless futility of existence of women placed in similar situations.

The production values are so designed that the house and the garden appear very humdrum and ordinary sans any kind of glamour or chutzpah reflecting the ordinariness of its members. The same goes for the characters who are stripped of even an iota of glamour or beauty including the young couple.

The director, a man, shows a rare insight and a feminine perspective of a woman’s mindset in a situation that makes her a virtual prisoner in the home she is married into. The director has kept the characters nameless which is a sharp pointer to the universality of the issues shown as happening to all wives everywhere in Kerala.

The songs are all on the soundtrack and the lyrics speak of hidden emotions wishing to come out but cannot. But a film of this nature could have done without any songs at all except the excellently choreographed Kathakali number performed entirely by a female group though Kathakali is a dance form performed mainly by men.

The climax somehow does not go with the rest of the film and appears a bit contrived but on the whole, it writes a sweet end to a sad story. Nimisha Sajayan and Suraj Venjaramoodu as the wife and the husband are brilliant, to say it in one word. This is no drunk or alcoholic husband beating up his wife.

Fortunately, Bengali women, rural or urban, educated or illiterate, working or not, cannot even imagine leading the kind of life the young wife is shown leading in the film in 2020.

This is not necessarily because Bengalis are more progressive than the rest but because the old school rituals and conventions were either thrown out by many men feminists like Rabindranath Tagore, Raja Rammohan Roy, Ishwar Chandra Vidyasagar and many other social reformers or, faded away much before this happened in some other parts of India.

I take my hat off to Jio Baby and the entire team for giving us such a no-nonsense slap on our complacent faces. We deserve it. 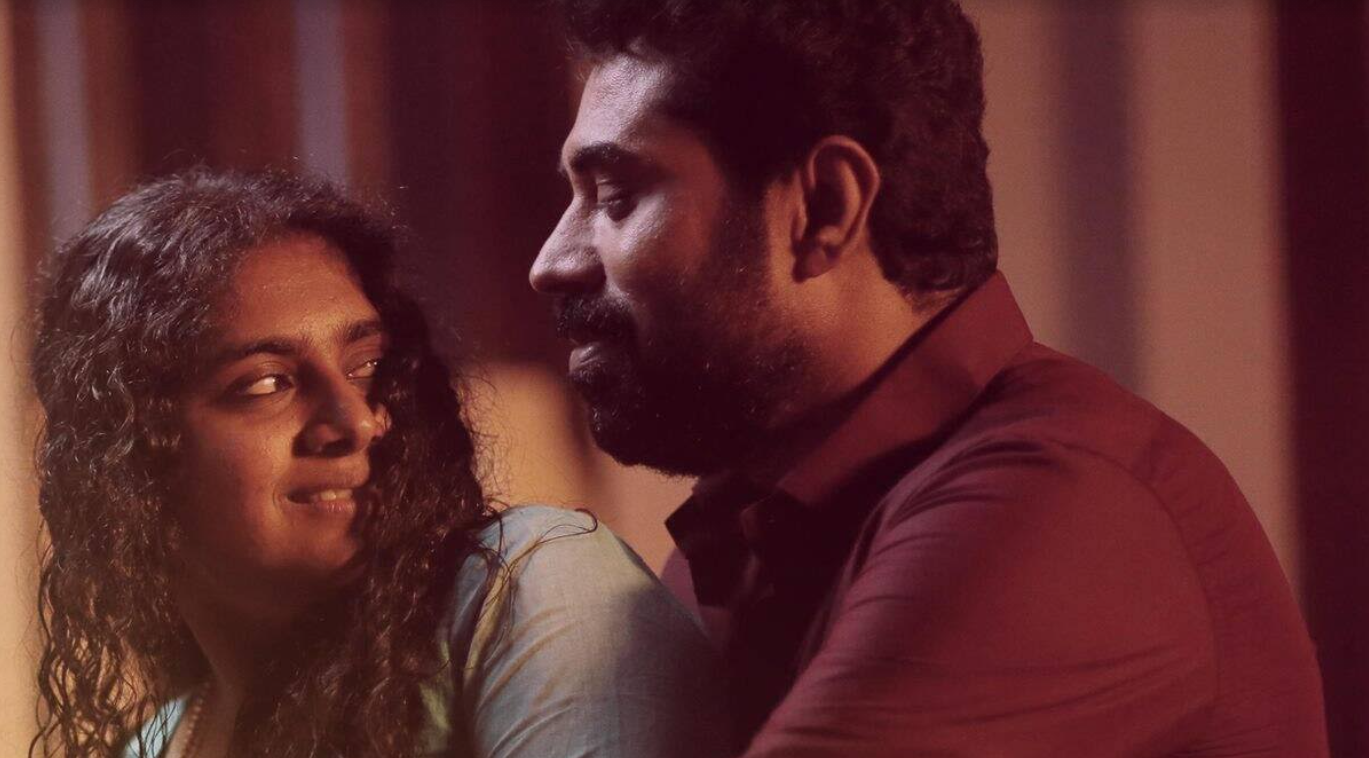