Nasir - A Movie With a Statement

Nasir is a very low-key film with the simple story of Nasir, a man in his Forties, and the contentment he has devised for himself. He works as a salesman in a sari and garment store, not a grand one inside a shopping mall but in a crowded market locality in the city simmering with communal schisms waiting to explode mainly among the rising Hindu rightists.

The film is an adaptation of A Clerk’s Story, a short story by Dilip Kumar, a Tamil writer and co-produced by Stray Factory Rinkel Film, Uncombed Buddha, Magic Hour Films, Colored Pickle Films and Harman Ventures

He lives with his wife Taj, old mother Fatima and Iqbal, the mentally challenged nephew he took on when the boy’s parents died. He loves his wife dearly and takes good care of his ageing mother diagnosed with cancer and Iqbal who spends his time drawing gibberish with the crayons on the drawing books Nasir buys for him.

Nasir also shares every bit of housework with his wife. They live in a Muslim-dominated shanty in Chennai where they do not have a running water supply so the husband and wife take turns to stand in the queue to stock the water for the whole day.

Nasir is also a deeply religious man though he does not wear his communal identity on his sleeve. He loves to listen to old Tamil film songs or ghazals and nagmas and thumris on his outdated transistor.

The only side of his character that makes him extra-ordinary is that Nasir loves to create poetry in his spare time and happily recites this to his colleagues in the shop when they ask him to. His poems are very philosophical that speak of loneliness and silence of which, “silence” suits Nasir but not “loneliness.”

One of his poems go thus: “I stand on one bank—its name is silence. Merciless time flows in spats between…on the other bank, loneliness rains down. So, Poet Nasir asks, what is life, but loneliness and silence?”

The ‘simple’ story however, is much less simple than what it appears to be, As Nasir makes his way to his shop every day, he must pass through crowded lanes filled with people of both communities either holding prayer meetings or selling idols of Ganapati or just jostling against one another.

His life in the shop is as straightforward as his life is. He misses his wife who has gone away for three days to attend a relative’s wedding and in a voice-over, we can hear his imaginary letters repeatedly lamenting her absence.

His rapport with his colleagues and boss, a happy mix of different people mainly from the majority community, is just about warm and his behaviour with the customers is also just about cordial. He is basically an introvert whose world consists of his family filled with worries about how to fund his mother’s treatment, how to take care of Iqbal and so on. Then, why should his end be so meaninglessly tragic? 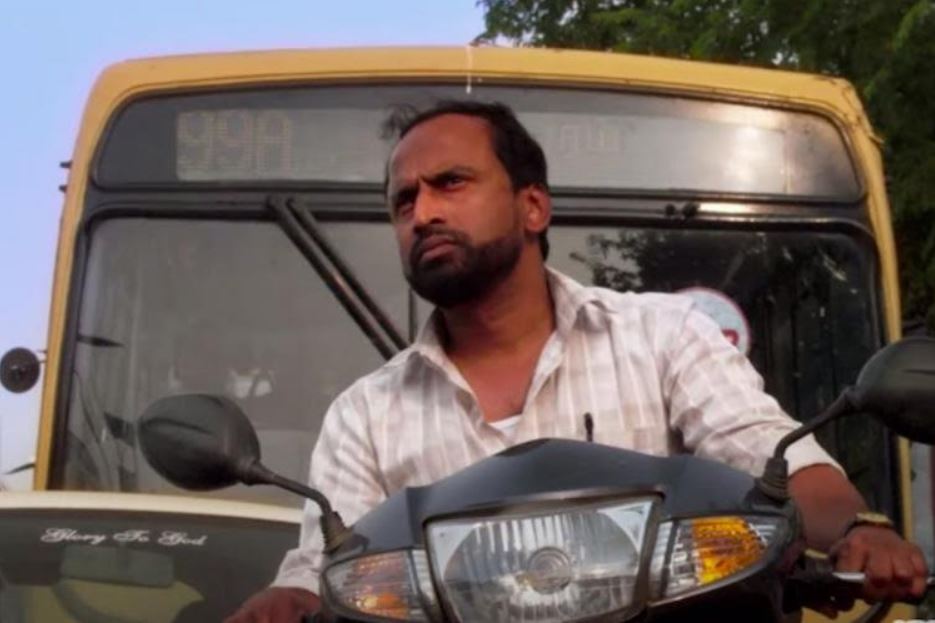 The film does not offer any answer but only raises this terror-filled question the entire narrative leads up to. The time-span of the film is just one single day beginning very early in the morning and ending in the late evening as Nasir is returning home.

It reveals a story the rest of India probably is not aware of – that – Tamil Nadu in general and Chennai in particular, is not at all devoid of the rise of the Hindu right that is singularly focussed on eliminating a single minority to establish a Hindu Raj.

Naseer is very religious but clearly not a fanatic and nor interested in getting into any political or communal debate with anyone. The film also silently poses the question – why is the national media so quiet about the communal conflicts in Tamil Nadu? Why do we need a very young director like Arun Karthick to make a full-length feature film to draw our attention to this played down but very important national and human rights issue?

This simple story does not have a happy ending. It keeps you wondering why you should watch such a simple film with no stars, actors without a single stroke of make-up, no glamour, not even a story that has neither drama nor melodrama, no tears, no songs, no romance just to see a middle-aged man live through his day like any of us? The climax provides the answer to these questions as it turns the simple, straightforward narrative completely on its head and just shuts up there, in complete silence and renders us speechless with shock.

The film stands out not because of its story but because of the brilliant way Arun Karthick uses the technique and aesthetics of cinema to narrate the story. The acting, mostly drawn from non-actors except the actor who plays the title role drawn from theatre (Koumarane Valavane), perform as if they are not aware that there is a camera capturing their every move.

This includes not only the main characters but also the cameos and the salesgirl and salesmen n the shop who are as candid as can be, investing the film with the quality of a documentary without taking away the intrigue that fiction contains.

The sound design offers a model lesson for every student of sound in the country. Right from the opening scene when the notes of the Ajaan being chanted through the loudspeaker with the camera focussed on a sleeping Nasir we can see through the swishing curtains in front till the complete silence in the last frame, sound plays a very important role in the film.

The opening azaan goes on for more than three minutes and when it turns silent, Nasir wakes up as the table clock turns its hands to show six in the morning.

The finest nuances of sound and visual are very closely attended to by Karthick and his technical crew. One can hear Taj chopping an onion and the camera closes in on her hands.

The sounds of buckets being filled, footsteps queuing up at the common tap, the sound of the Islamic sermons from the loudspeakers as Nasir goes to work, the sound of the shop’s shutters opening a bit late as the young worker was a bit late, the sounds of slogans raised on the streets by majority goons with their flags, their auto-rickshaws be it the Ganpati Pooja or Diwali, the sounds of idlis being packed and sold in a roadside shop, the sound of tea being poured into an earthen cup, the sounds of Nasir rinsing his mouth after brushing his teeth, taking a shower, doors being shut, ambient sounds of the street at different times of the day, every single sound that fits into the setting of the film is included which extends to take in the sounds of conversations around Nasir when he sits down for a puff of his bidi of which he smokes one too many.

The production design is another strong point. Nasir’s single-room tenement that has fallen back on rent contains a small fish tank, probably to keep Iqbal happy, a small transistor, a framed holy picture of the Islamic faith, two small beds, one for Iqbal and one for Nasir’s mother who has almost no dialogue in the entire film, and drums to hold the water in.

Outside, one notices the electric wires strung across the roofs of the local homes, the streets gathering more and more people as Nasir moves towards his shop where the boss appears to be a connoisseur of restaurant food across the city. There is a big Krishna idol in the shop which Nasir carefully skirts to bring out the saris and clothes.

The camera weaves magic with its constant juxtaposition of huge close-ups and mid-shots and long shots right through the film. Nasir’s feet as he washes them meticulously before stepping inside the dargah to offer prayers, or, a small insect Iqbal holds in his palm, or, a very big close up of Taj’s face do not disturb the perspective as the mid-shots of the streets where Nasir rides on his boss’s bike to deliver some shirts at a boys’ hostel or the political mafia with their flags raised speeding across the streets work out a fine balance of frames like the beats of a poem, never jarring, never disturbing, never looking out of place.

Yet, behind the apparent simplicity and lack of drama, the film spells out a powerful message that underlines the futility of human hate not with any purpose but just hate, pure, undiluted, without agency just because one believes in the “wrongness” of a man’s birth!

Though the critique of rising political Hindutva made by the film, may be one major reason why the film has hit magic, it also true that this critique is necessary and when we find that it has been directed by Arun Karthick, a Hindu, all questions are rendered redundant. Or, are they?

Arun Karthick, with the help of Hubert Bals Fund from the Netherlands. It was premiered at the International Film Festival Rotterdam in 2020, as an entry for the Tiger Competition and won the prestigious NETPAC Award for the best Asian feature film. It recently premiered in the MAMI film festival Mumbai. 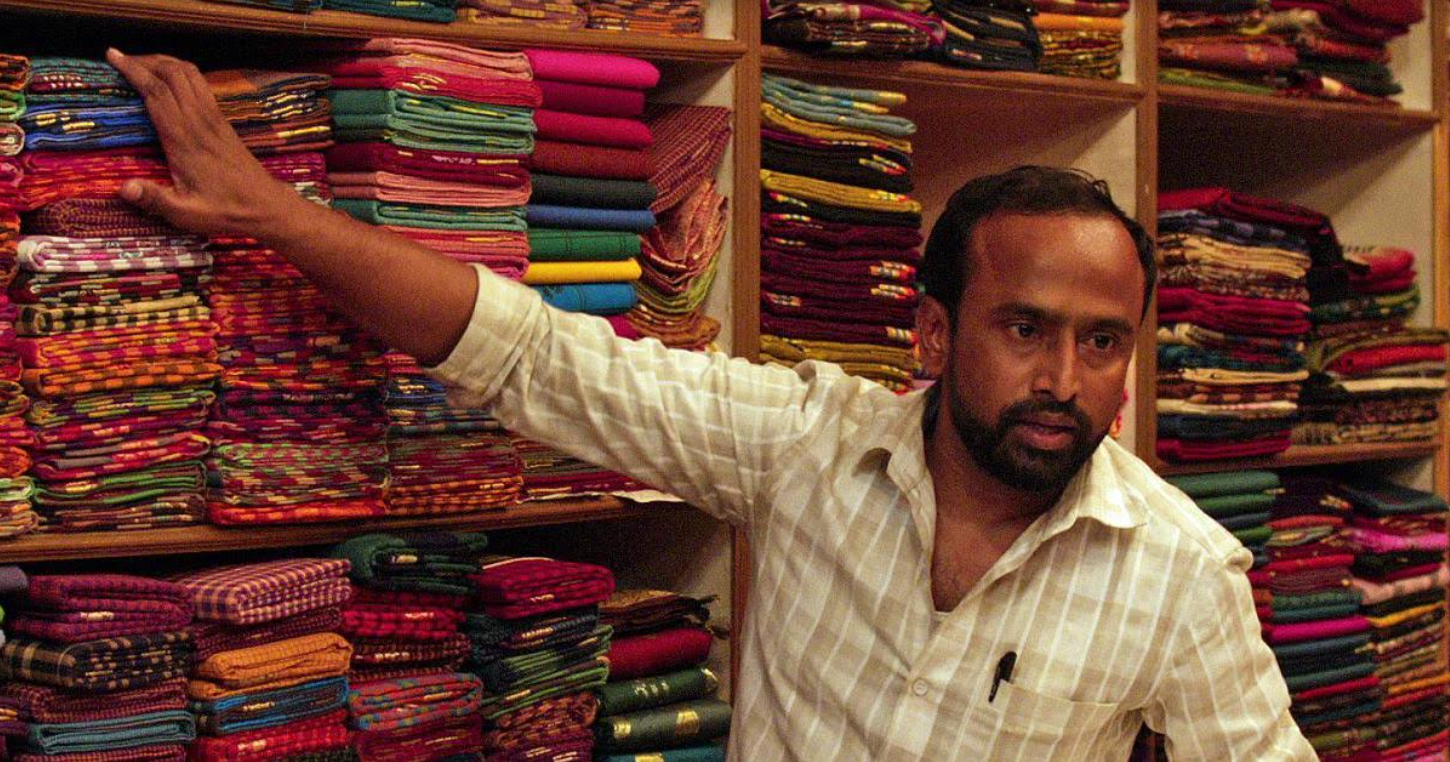