Mandela: A Tale of Caste Tradition and Citizenship

Mandela, a 2021 Netflix release directed by Madonne Ashwin is a political satire about the struggles of a Dalit man ‘without’ and ‘with’ a citizenship. It speaks extensively about the exploitation of Dalit labour, indignity, humiliation, suffering and slavery. But what one might fail to understand: is it also problematically portrays Dalits as sloth citizens enjoying the freebies offered by political parties.

Although the film appears reflective of Dalit man’s struggle in a rural village, it lacks an agency that can put him out of it.

The backdrop is a local body election in Tamil Nadu being contested by two brothers. In their quest to win the election both brothers shortlist their supporters, which ends in a tie-up. At this juncture the protagonist, Mr Smile gets his new voter card with the name ‘Mandela’ on it. Named after the anti-apartheid leader, Mandela’s vote becomes the deciding factor in the election results, and both the brothers’ parties try their best to woo him to win his vote.

Mandela represents a real life vulnerable Dalit on screen. Accompanied by a homeless teenager who is a smart and passionate artist, Mandela styles people’s hair under a tree located in the middle of two paths that lead to two sides of the village populated by two different caste groups. His open-air salon is also his home.

While the director is able to show the political parties’ electoral battle in luring our votes, a couple of serious questions are to be addressed. A scene in the movie shows Mandela sleeping under the tree in broad daylight, not doing his job. When woken by his companion he looks at the lunchboxes offered by the political parties, and goes back to sleep.

A critique that I would like bring in here is - What is it that the director wants to convey with this characterisation of Mandela? Is he saying that the Dalits are enjoying the freebies of elections? Is the director teaching the Dalits not to misuse the value of the vote in a democratic country? Does he mean the rightful opportunities provided by the state are making the Dalits lazy?

He characterises him to such an extent that he puts the life of his teenaged companion at stake. 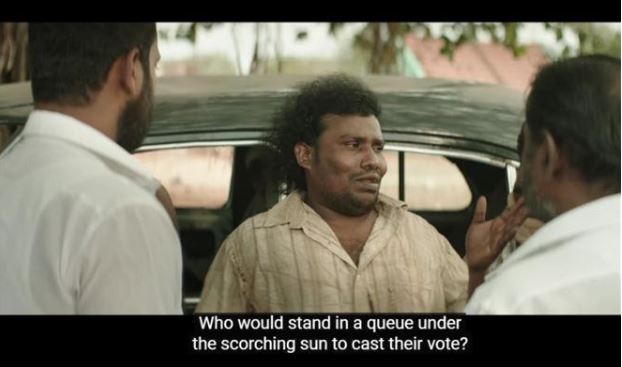 Mandela’s character is designed to be very bleak. The character is so submissive that he’s ready to accept all hurls, abuses and humiliation without any resistance. He lacks to look at himself on a horizontal plane with others. He is conditioned to accept his subvertedness.

There’s a scene in the movie where he says ‘I can’t let go of my livelihood in the name of dignity.’ To earn money and build a salon is his primary goal in life, for which he’s ready to stake his self-respect and dignity. In another scene the protagonist is slapped by a raised caste man for sitting in the car. When his companion asks him why he says helplessly, ‘The upper caste man doesn’t know how to ride pillion.’

Throughout the movie the protagonist is compliant, humble and loyal. Will this kind of portrayal of a Dalit on screen not demoralise the community and draw sympathy?

The villagers call the protagonist by abusive names, and a postal official suggests that he get a new name (to open a postal account to save his money) - a respectable name. He is initially afraid of the new name Mandela, whether it sounds upper caste. He requests everyone in the village to call him ‘Mandela’ but hardly anyone does.

In fact, no one cares. His quest for respect and dignity is killed at an early stage in the movie. He gives up and concludes that he doesn’t deserve to be respected. 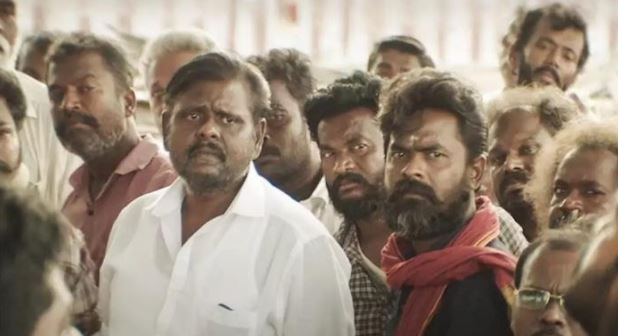 The dominant castes exploit Dalit labor in what is still a continuing practice in most villages. The labour of the Dalits is acknowledged not necessarily in the form of monetary value, but by donating some food grains. This is represented well in the movie where Mandela gets foodgrains for fetching ration and doing dishes.

The deciding factor of payment / non-payment for labor performed by the Dalit lies totally in the hands of its beneficiaries. The Dalit lacks the freedom to quote a price, is completely dependent on the mercy of the dominant castes. In a scene where he is given money by the village head for manual scavenging work, the middle man takes it away.

There’s a scene in the movie where Mandela is called to remove the faecal matter of a dog from a toilet even before it has been inaugurated. Mandela is forced by the villagers to discharge this obligatory duty because of his caste location. Although, somehow, Mandela chose to be a hairstylist by profession, his caste location grants the villagers to compel him to labour in a menial job.

Being a nobody in the village, and wanted by everybody in the village only to exploit his labour, even a child takes Mandela for granted and doesn’t pay him to remove lies from her hair. This symbolically shows the child’s understanding of Dalits’ labor which is taught invisibly by the village collective. The village, a rigid and immobile space, professing its children, the next generation, to strictly adhere to its bounded traditional values to sustain the differences among people.

The village social structure is a hurdle in creating a more democratic society. In the lines of India’s social justice leader Dr B.R. Ambedkar, ‘What is a village but a sink of localism, a den of ignorance, and narrow mindedness’.

Mandela ‘offers’ his labour as a home service too. But this is not the contemporary modern urban corporate concept of service delivery to your home. There’s authority involved. Mandela is summoned by the power holding people in the village to their homes to cut their hair, which he doesn’t have the option to decline. He could face unimaginable consequences if he did. When and where to labour is also decided by people from the dominant castes.

Ayya, the mild village head who constantly fails to settle the dispute between the two caste groups in the village, won’t be able to digest the appearance of Mandela wearing sunglasses. In a scene where Mandela is summoned to shave Ayya’s beard he shows up wearing with his newly gifted goggles, new shirt, and some shining accessories on his body.

Ayya hesitatingly stops him from doing his job because of his fashionable attire. The scene is portrayed so as to show that Mandela is embodied with arrogance because of his new look, for which Ayya stops him performing his duty.

Intolerance of the progressive transition in the appearance of the Dalits is widely witnessed across the country. Several atrocities were perpetrated on Dalits because the Dalit girl or Dalit boy wore jeans. The director’s choosing this particular concept will only reify the stigma associated with Dalit attire. 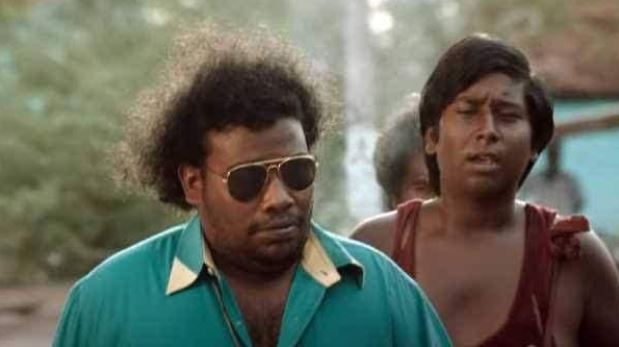 Mandela’s need to create a new identity for himself has its roots in the idea of safeguarding his hard earned money. Otherwise he is not bothered about a state identity, as it doesn’t make any difference in his life. The social life of being a Dalit with or without a state identity is not much different. In either case you are abused and threatened.

At a point the new identity invites on him new forms of oppression. The voter card allows him to enter the homes of villagers by the front door, not the back door like before. But it also invites a permanent boycott of his hairstyle services, a threat to his livelihood.

Mandela realises at a point in the movie that he should use his vote for the good of society, but this is not a self generated idea. Scolded by the villagers, a sense of guilt is constructed in Mandela’s mind which incites him to do some good work. When an infrastructural reformation is happening in the village they start praising him. So, Mandela’s new identity is neither acknowledged nor appreciated unless and until he does something that’s undoable in the village.

Mandela faces caste violence all through the film and hardly anyone rescues him. Mandela is a vote, not a human with dignity. Even in the climax scene, when he’s about to be killed, he’s helpless and he don’t think of escaping. The villagers come to rescue him because they are impressed by the developmental works that happened in the village. If he had done nothing, no one would have joined hands to help him.

Modernity had not fulfilled the promise of complete liberty to the Dalits and other lowered castes. Though electoral participation brought a political value to the Dalits’ presence, it was limited to the period of elections. The vote could not bring down the tradition of caste and instead reinforced it. Whoever wins the election, will the Dalits’ social economic condition remain the same?