Ahaan - A Film Full of Love

In the massive crowd of thrillers, horror films, mafia goon films and family dramas within the contemporary context of Hindi cinema, OTT, television and so on, Ahaan brings a whiff of fresh air and an hour and some more of pure, undiluted warmth and love which you become a part of without even realizing it.

We have seen several films exploring the lives and struggles of people who are mentally and/or physically challenged but rarely have we, as the audience, unwittingly transcend the barrier between screen and audience to become part of the lovely Ahaan’s everyday adventures. The word Ahaan literally means dawn, sunrise or morning glory, the first ray of light, one who is of the nature of time itself, or the beginning or rise of anything.

Ahaan (Abuli Mamaji) is 25 years old, is a Downs Syndrome person and the only child of his parents. He desperately desires a normal, mainstream life in a separate dwelling with wife and two children, one boy and one girl. He also wants to work in an office like everyone else and not in a factory or workshop. His clarity of vision and lucidly explained aspirations will take mainstream people like us, forever in doubt, forever indecisive, by pleasant surprise.

His father (Kaizad Kotwal) hardly speaks to him and keeps ‘social distance’ but his mother (Shilpa Mehta) is very affectionate and tries to keep him active by using his services to deliver her baked goods to different apartments in their complex. His parents have even kept a care-giver Hari (Harish Raut) for Ahaan and the two share a warm bonding. There is a lovely scene where the two are playing make-believe cricket in the balcony with Ahaan striking an imaginary ball with a broom and happily shouting that he has hit a six!

In one of the flats in the complex lives Ozzie, (Arif Zakaria) a man who works in stocks and shares but his relationship with wife Anu (Niharika Singh) is almost on the verge of a break-up because Ozzie is a chronic patient of Obsessive Compulsive Disorder (OCD).

Obsessive-compulsive disorder is characterised by unreasonable thoughts and fears (obsessions) that lead to compulsive behaviours. OCD often centres on themes such as a fear of germs or the need to arrange objects in a specific manner. Symptoms usually begin gradually and vary throughout life.

Ahaan is a die-hard foodie and often invites himself to his neighbour Ozzie’s flat to devour the tasty Biryani Anu serves and even packs for him much to the chagrin of her husband Ozzie who is always cleaning up everything around him including himself!

His problem has reached such extreme proportions that he has withdrawn completely from sex in the belief that it is “contaminate” him. When he refuses to have a child or even go to the psychiatrist – Rajit Kapoor in a brilliant cameo - his wife suggests, Anu, who is very fond of Ahaan, packs her bags and goes to her parents.’ Ozzie is devastated and slowly, despite his chronic condition which makes him intolerant of visitors which includes Ahaan who his wife Anu is very fond of, he develops a good friendship with Ahaan because this lovely young man unwittingly becomes an agency for Ozzie to savour his wife’s cooking through Ahaan. 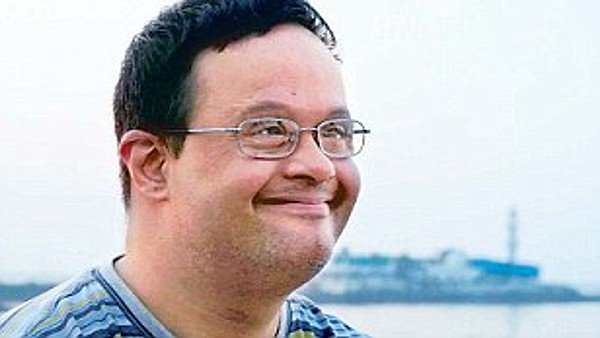 The friendship between the two most dissimilar characters, Ahaan and Ozzie, makes the latter realise that he really needs psychiatric help to get his wife back. He begins to show signs of changing for the better and is less bothered about whether Ahaan is soiling his sofa or walking in with his shoes on. Ahaan becomes the catalytic agent who brings the estranged couple together who begin to work towards starting a family.

The other friend he has is Onilla (Plabita Borthakur), a vivacious young girl who is his neighbour and is fond of Ahaan who calls her “Vanilla” for his speech problem and makes no bones about the fact that he likes her very much. She takes him in her stride and the best quality one sees in Anu, Onilla, Ahaan’s mother, Hari and later, Ozzie is that they treat Ahaan like a normal, mainstream person and not a specially challenged person.

The most outstanding feature of the film is the casting coup the debutant director Nikhil Pherwani has achieved by picking Abuli Mamaji who is a Down’s Syndrome person living in Mumbai to play the title role. This is a role that could never, ever have been played by any professional actor not only because of his typical facial features, soft, cuddly body and baby smile but also because of the way he has fleshed out a screen role that is not really his story. Pherwani has also written the story and for a debutant, we must tip our hat to him.

Niharika Singh as Anu and Plobita Borthakur as Onilla are also spontaneous and natural.

Despite his completely uncomplicated nature and mindset, Ahaan is very stubborn and when his father forces him to train in some factory, he resists so strongly that they are forced to give in. Pherwani also takes great care to show that overprotectiveness in parents of such children can be extremely counter-productive for his growth and development and may also, in some cases, lead to tragedy.

Arif Zakaria, one of the most talented but underutilized actors we have, portrays Ozzie fleshing out the slow but sure metamorphosis from being a man who stands in front of a table fan after taking a shower to dry up his body before putting on his clothes, or, choosing a work-from-home occupation so that he does not come in contact with another human being, to a warm, ready-to-learn man who not only realises his mistakes but is prepared to correct them too in order to get his wife back home with him.

In a film like Ahaan with such a rich and enriching content, the technicalities hardly matter as you almost lose sight of things like art direction, camera, editing and music. The dialogues are lovely, filled with wit and humour and the naivete of a child hiding in an adult body. But because you do not notice the nitty-gritty of technique, it follows that technically, the film is perfect.

Ahaan may not win any international awards in India or abroad. But it will surely warm the cockles of your heart. The closure is brilliant. As Ozzie drives Ahaan to his interview for an “office job” they rehearse inside the car. Ozzie asks him a few questions later, “what will you say if they ask you what do you want to be five years from now?” Ahaan flashes his lovely smile and utters just a single word, “Ahaan.” 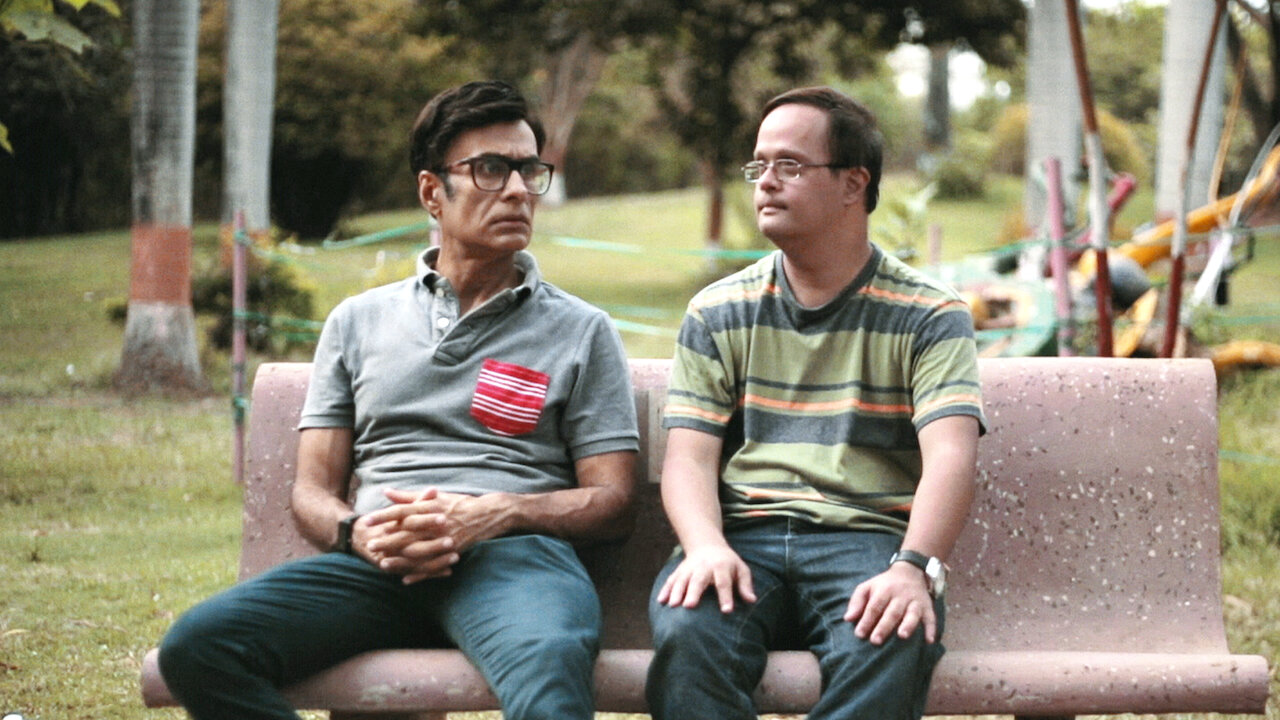