Dilip Kumar: The Story Goes On

Dilip Kumar, almost universally acknowledged and recognized as the best actor in the history of Indian cinema, is no more. He passed away of terminal cancer at a Mumbai hospital on the morning of July 7. He leaves behind historically unique performances in around 61 feature films in a career spanning 58 years for all generations to watch, imbibe, write about and remember.

Together with Raj Kapoor and Dev Anand, Dilip Kumar formed the wonderful triumvirate that defined what is famously known as the Golden Era of Indian cinema. Among these three actors, there was no rivalry at all because they knew that each of them defined an exclusive screen image and lived by it.

But Dilip Kumar, whose name was changed from Yusuf Khan to Dilip Kumar when he began his career with Jwar Bhata (1944) was the most versatile of them all. Dev Anand stood for the handsome, chocolate-boy hero the heroine loved to fall in love with through song and dance, even if he featured as a pickpocket or a card-sharper. Raj Kapoor, on the other hand, became famous as the ‘Charlie Chaplin of Indian cinema’.

But Dilip Kumar stood out without any stereotypical label attached, though many have labelled him ‘Tragedy King’ which is not wholly true because he proved himself equally in lighter roles such as in Azaad, Aan, Kohinoor, and many others.

His romantic screen presence was overwhelmingly magnetic and made every female in the audience identify with his lady-love on screen. He had a naughty smile when he would crinkle up his eyes and smile mischievously at his lady love, marking his ability to command romance in characters such as the ones he portrayed in Naya Daur, Leader, Ram Aur Shyam, Azaad, Kohinoor, Aan, Gunga-Jumna, Insaaniyat and many more.

Looking back on his performance in these films, one feels that the crown of ‘Tragedy King’ he has been made to wear is too limiting for an actor of his range and durability, not only in terms of his histrionic talent but also in his popularity among his huge fan following. In many of his films, the love scenes are memorable more for what he left unsaid than what he actually did. 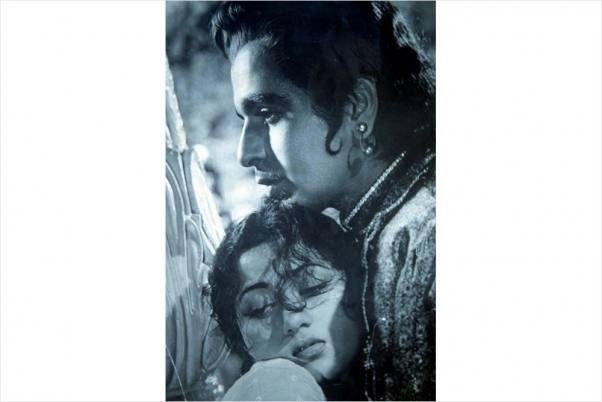 He was once invited to be chief guest as the Sheriff of Bombay at a musical programme featuring artists like Hemant Kumar, Manna Dey and the budding talent Kavita Krishnamoorthy. He delivered his speech at the programme in impeccable English, emphasising on the very temporary post of Sheriff whose sole importance lay in riding in a special car with a flag on the peak of its bonnet for a year. His speech, clearly delivered ex tempore, was followed by earsplitting cheers from the audience.

That was Dilip Kumar for you. When nominated as member of the Rajya Sabha, he utilized a significant portion of his MPLAD fund towards the construction and improvement of the Bandstand Promenade and the gardens at Bandra Fort at Lands End.

Once, as a budding journalist, I was assigned to do a cover story on three generations of the great heroes of Hindi cinema. I spoke to them over the phone. In those days, big stars attended to their calls personally and so did Dilip Kumar. I almost fainted when I heard his soft, romantic voice saying “Hello.” He gracefully declined a detailed interview saying he was no longer among the top heroes and I needed to talk to contemporary heroes. But he added some bits all the same, and praised the younger heroes for their all-round completeness as actors.

He picked and chose his assignments with great thought and consideration because he felt he could and should concentrate on a single character in a single film at a given time and not more. He was so fond of his Indian audience that he staunchly refused an offer from David Lean to do an important role in Lawrence of Arabia. The said character was later portrayed by the Egyptian actor Omar Sharif. He felt his loyalty lay with the home audience, who had given him the name and ranking as ‘Dilip Kumar’. Later he would refuse another similar offer from the same David Lean.

His only Bengali film, Sagina Mahato (1970) was directed by Tapan Sinha based on a novel by Gour Kishore Ghosh. The film was based on the true story of the labour movement of 1942-43, told through with fictional characters, and the mock trial of Sagina Mahato, the trade union leader of a factory in Siliguri who worked for justice for his fellowmen who were subject to severe exploitation.

For his role in the film he took great pains to learn Bengali tinged by the accent of the Santhalis who lived and worked in and around Siliguri during the period. The film did well among the Bengali audience but flopped when remade in Hindi in 1974.

Dilip Kumar’s portrayal of Devdas in the Bimal Roy adaptation of the classic is considered the best ever Devdas in the history of this film, made in around 18 versions over time. When Devdas was being made, Dilip Kumar was already established as one of the top triumvirate, and it shows him at the peak of his career, where in the title role of the tragic hero he invests the literary character with his personal chemistry as an actor par excellence.

He went on record to state that much of his own inspiration for the natural style of acting came from Motilal, known for his completely organic performance in all his films. Dilip Kumar’s screen image offered a complex, cultural/ psychological terrain displaying the anxieties of Independence and the nostalgia of childhood before Partition.

His naturalistic underplaying often presented him as an innocent loner caught in and destroyed by conflicting social pressures, such as in Andaz, in which he played one angle of the triangle with the other two played by Raj Kapoor and Nargis. In Deedar, pitted against the extremely versatile and gifted actor Ashok Kumar, he held his own without allowing the others to overshadow him.

Dilip Kumar is a legend, an institution who won awards left, right and centre any Indian hero would find difficult to contend with. But one feels that these awards did not matter to him half as much as his work did.

Perhaps because he internalised his tragic roles so deeply, he needed to get psychiatric help for continually getting into a depressive state. He was advised to cut down on his tragic roles and switch over to lighter roles. This would give us some of his greatest performances, such as in Gunga Jumna, which he produced himself and reportedly ghost-directed with old-timer Nitin Bose given the credit.

When his films as hero began to flop, he intelligently took a break for five years to return in character roles, of which the one we all will remember forever was in Ramesh Sippy’s Shakti, as the police chief father of a criminal son portrayed by Amitabh Bachchan. Here too, he went on giving hits, one after another. He also lent his voice to a song for his role in Hrishikesh Mukherjee’s Musafir. He sang very well but he never repeated this again.

The story of Dilip Kumar goes on even after he has bid his goodbye to Life.