VARANASI: Prime Minister Narendra Modi’s Lok Sabha constituency of Varanasi consists of five assembly segments -- the city seats of South, North and Cantt, and the rural seats of Rohaniya and Sewapuri. At first glance, there is little indication that Varanasi is just a week away from polling; there are hardly any posters, no major rallies have been held as yet, and the election prachar efforts seem limited. The reality, however, is that every hotel in Varanasi is fully booked out, and the key strategists of every major political party in the fray are camping here.

“Varanasi is a litmus test for Prime Minister Modi,” a prominent Varanasi-based businessman says. “Winning the seats of this constituency is a prestige issue for the party. Agar BJP do seat bhi haar gai, tho unki naak kat jayegi (if the BJP lose even two seats, they will lose face).” The businessman continues, “the fact that so many major BJP leaders are camping in Varanasi, and that the Prime Minister will be based here for three entire days, is indication perhaps that the party is quite worried.”

Why would the BJP have any reason to worry about Varanasi -- an area considered the party’s stronghold? In the 2014 elections, the Modi wave was most evident here, as people filled the streets with Modi masks and paraphernalia, chanting slogans and singing songs. Since 1991, Varanasi has elected a BJP Member of Parliament. All three city assembly seats have sitting BJP MLAs, and two of these seats -- South and Cantt -- have had sitting BJP MLAs for over two consecutive decades. Today, Varanasi is Prime Minister Modi’s constituency. If there is any place in Uttar Pradesh where a BJP victory should be entirely guaranteed, it’s Varanasi. 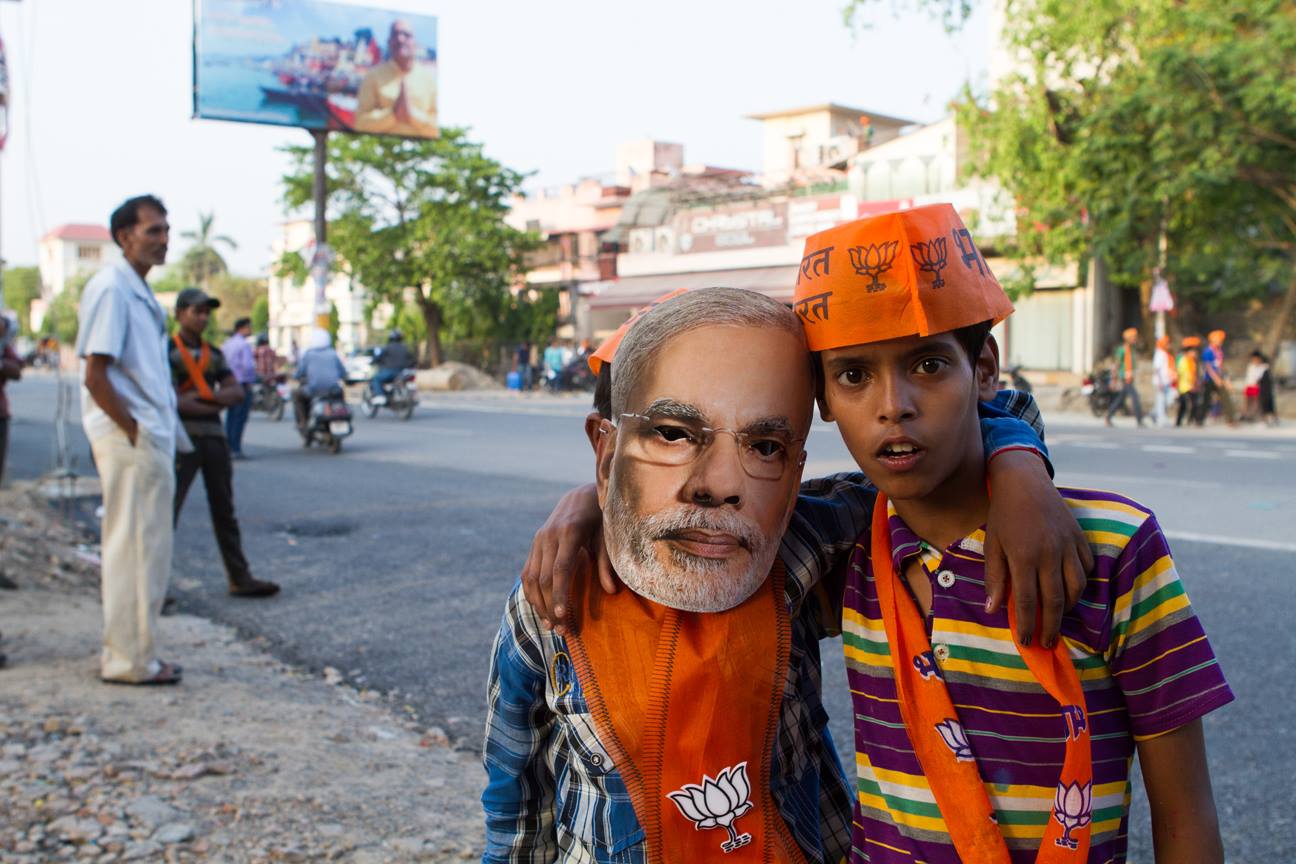 “The BJP is in trouble is three seats, and possibly a fourth,” says Girija Pati Singh Yadav, a senior local Samajwadi Party member. Gopal Yadav, also of the SP, agrees. “If the Muslim vote backs us, we have a clear shot in all seats,” he says. The two party members tell us that they are confident of a victory, unless things change drastically. “The BJP is pumping in a lot of money in the constituency, and there is an effort to polarise the vote, but as long as we are vigilant and able to counter those efforts, we will prevail in at least three seats, possibly a fourth,” they say. The BJP strongholds of South and Cantt are included in the seats the alliance thinks they will win.

This assessment is corroborated by several others. Surendra Pratap, a professor at Kashi Vidyapeeth, outlines a rebellion in the BJP as one of the factors working against the party. “The Varanasi faction of the BJP is upset that the whole campaign is being managed by outsiders. Additionally, in Varanasi South, a seven time MLA - Shyamdev Roy Chaudhari - was not given a ticket, and not even informed. In his place, someone no one has heard of, Neelkanth Tiwari, is contesting. All this has had an impact on the aggrieved local BJP party worker.”

“Gujarat and Delhi is running this election, not the local worker,” says a senior local BJP leader, who is part of the rebellion, via telephone. “Although I am campaigning, they have put me in Cantt, whereas my base and support is in the South,” he says. “There is no enthusiasm amongst the workers. Let these outsiders finish the election and get out.”

A conversation with a senior BJP leader, however, reveals the flip side. Toeing the official line, he tells us that the BJP is certain of a victory. “Let everyone say whatever they want. When you go and ask the people of Varanasi who they are voting for, you will hear only one name: Modi.”

Visits to the various assembly constituencies in Varanasi corroborate the muddled picture. The dusty road to Jayapura -- PM Modi’s adopted village in the assembly constituency of Sewapuri -- reveals a varied opinion. Jayapura itself is a small, underdeveloped village. A group of women sitting idly by the road do not hesitate in telling us about their distress. “We can say what we want, but you’ll report the opposite,” they say. “We have a lot of problems. There is no water in this village. Not even a single hand pump. The severity of the issue cannot be described.” By that time, several others have gathered around. “There has been development,” a young man says. “We’ve gotten electricity, we have more food.” While the group expresses varied opinions about the development their village has seen, they are all unanimous in their support for PM Modi. “We will vote for the best politician, and that is Modi,” corroborate two men sitting on a charpai a few meters down the road. “No one will be able to stop bhajpa here,” is the larger consensus. 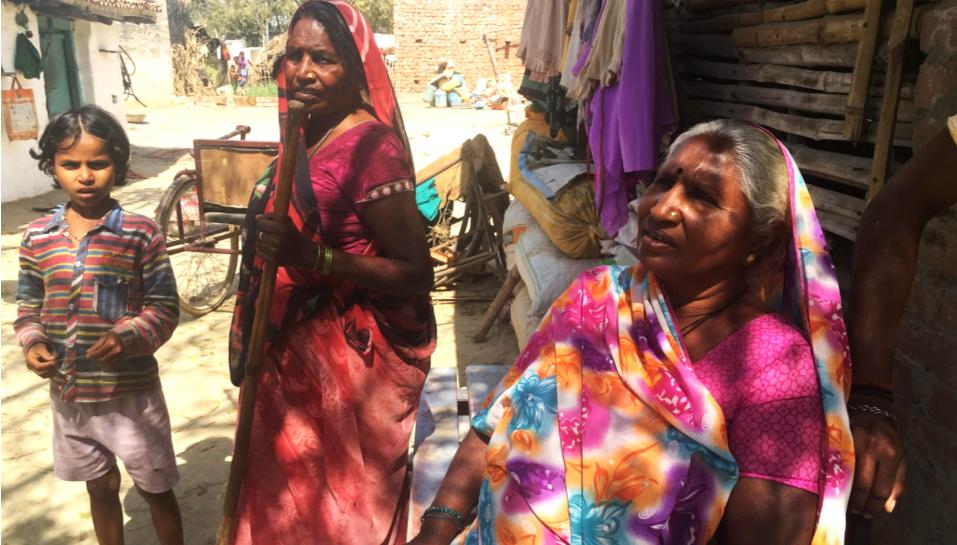 Although the BJP is not contesting the Sewapuri seat, its ally Apna Dal is, and the BJP supporters we speak to say they have no hesitation in throwing their weight behind the Apna Dal candidate.

The alliance, however, is confident that their candidate in Sewapuri, the SP’s Surendra Singh Patel who is the sitting MLA, will prevail. “Patel cannot lose that seat,” Professor Pratap says. “He is one amongst the people, and has done a lot of work. He helps finance weddings, pays hospital bills, helps the people through whatever they need.” All over Sewapuri, there is ample praise for Surendra Singh Patel. Many, however, feel that someone else deserves a chance, and that sentiment combined with the appeal of PM Modi could perhaps translate into an edge for Apna Dal and the BJP.

In the neighbouring rural seat of Rohaniya, the sitting MLA is the SP’s Mahendra Singh Patel, who also happens to be Surendra Singh Patel’s brother. Here, the SP is in direct fight with the BJP, who have fielded Surendra Narayan Singh. Here too, the BJP supporter speaks in terms of PM Modi and not the local candidate. The opposition voice, too, is focused on the Prime Minister. “We need to vote based on the local leaders fighting,” says a man at a chai store along the main road. “Modi is an uddta panchi (flyaway bird).”

Back in the city, the picture is even more complicated. In Varanasi South -- a seat that has been with the BJP since 1989 is in flux. Sitting BJP Shyamdev Roy Chaudhari, who has held the seat for seven consecutive terms since 1989, was not given a ticket. In his place, a newcomer, Neelkanth Tiwari, is contesting. The unexpected change -- made reportedly without informing Chaudhari, or ‘dada’ as he is known -- spurred a rebellion within the BJP and angered many of Chaudhari’s supporters.

At a meeting for Congress candidate Rajesh Mishra, the disenchanted former BJP voter is present in large numbers. Arun Kumar Tripathi, an advocate, tells us that he voted for Modi, but the decision to not grant ‘dada’ a ticket has pushed him to the Congress. Anil Rai, another advocate, says he too was a Modi supporter, but “there has been no work, only jumlabazi.” “Khaali dhoka mila hai (we have only gotten false promises)” says another advocate present, Anil Kumar Pathak.

Advocate Arun Kumar Tripathi, on why he and others have shifted from #BJP to #Congress in #Varanasi. #UPPolls #Modi pic.twitter.com/F6WCjDwKw4

“The alliance has a good chance to defeat the BJP because the latter’s candidate is a new face, and all three candidates in Varanasi South -- Congress, BJP and BSP -- are Brahmans. The Brahman vote will inevitable be divided, especially as Mishra has been a powerful, local Brahman face. If the Muslim vote consolidates, he has a good chance,” says Surendra Pratap.

A visit to the Muslim area, Arampur, indicates a complete consolidation of the Muslim vote -- a trend that we have seen across Uttar Pradesh. “We are clear on the gatbandhan,” says a local, Shamsher Ahmad, and the crowd that has gathered around agree unanimously. Abdul Aziz Ansari, a local Muslim leader who contested the assembly elections on a Congress ticket, says that “it seems like the Muslim is going to the alliance. Let’s see what happens,” he adds. “The BJP is playing the communal card and trying their best to polarise the vote. So far, they have been unsuccessful.”

Ansari’s son, Wasin Ahmad Ansari, is confident of an alliance win. “In Modi’s own house, he’s in trouble,” he says. “The BJP is trying very hard to spread rumours that the Muslim is voting for the BSP, when in reality, the Muslim vote is behind the alliance.” The people gathered in the small office of the Ansaris represent several seats. They tell us that their efforts are to draw out Muslims in large numbers to the polling booths, but with the instruction to be silent about their vote. “We don’t want to give BJP fodder to polarise the vote, so although the entire effort is to mobilise the Muslim vote in favour of the alliance, it is being done quietly all across UP.”

Rajesh Mishra, a powerful local face and well known Congress politician who is a former MP, knows that all these factors are in his favour. In an interview to The Citizen, Mishra hit out directly at PM Modi, slamming the Prime Minister for playing the communal card and speaking in a language not fit for the highest elected political office in the country. At his meeting, Mishra highlights the need for religious unity, declaring that “the people of Varanasi don’t need a certificate of their religion from the people of Gujarat.”

The theme of unity is a constant across Uttar Pradesh, and we have seen the alliance stress on religious harmony as we’ve travelled through western, central and eastern parts of the state. On the ground, the people have largely echoed the same, with analysts saying that thus far, “the BJP’s attempts at playing the communal card have not been able to polarise the vote.” “People have understood,” says Professor Dubey of Banaras Hindu University. “They want education and jobs, the rest is immaterial.”

The alliance, however, remains worried. “Who knows what can happen at the last minute,” says prominent local SP leader Gopal Yadav. “The BJP is desperate to win these seats; they have pumped in all the money and muscle power that they have. They will try everything to polarise and consolidate the Hindu vote.” All, however, agree that thus far, those attempts have been unsuccessful. Polling day remains a different story.

Two other themes that emerge as we travel across Uttar Pradesh are notebandhi and price rise. In Varanasi too, they’ve had their impact, with the common man speaking openly about his difficulty. In Varanasi North, we meet Munna Bhai. He tells us that his family have traditionally been BJP voters, but following notebandhi, they have switched their support. “Forget business going down, it’s entirely finished,” Munna Bhai who runs a shop selling zari says. “It’s the small businesses that have been finished,” he says, and Varanasi is largely composed of small businesses.

In Varanasi, it seems like there is a fight, with the BJP and alliance battling it out. As we leave Varanasi, however, we are reminded that there is another contender. We chat with a reticent rickshawwallah in Varanasi South, who says determinedly that he is voting for the BJP. “We are journalists, that’s what we will write then,” we say. “Oh,” he leans in closer and whispers. “Well in that case, it’s only Mayawati whom I will vote for.” The exchange is a reminder of the silent Dalit vote behind the BSP supremo, and the fact that despite first impressions, the fight in UP is triangular.