Distorting History: When The Right Wing Hung Bhagat Singh on Valentine's Day, Instead of March 23

NEW DELHI: Bhagat Singh is such a charming personality that many aspects of his life and ideas have taken the shape of fiction, whereas the facts of the same are entirely at variance with that fictional creativity.

Since the social media-- especially Facebook, Whatsapp and Twitter-- has become very popular, all sorts of imaginative things are being said about not only Bhagat Singh, but of Jawaharlal Nehru, Mahatma Gandhi, Dr. Ambedkar and others as well.

Most of the imaginative stories are coming from right-wing religious fundamentalists. Nehru is attacked in a most vicious manner, with some even suggesting that he was born of Muslim ancestors.

Since Bhagat Singh cannot be attacked in such a vicious form, he is subjected to being a ‘victim’ of the mechanism of various hues of the Congress party etc. In recent times he was made to hang on February 14, this was later revised to ‘sentenced’ on February 14 and thereby use the date to attack those Indians who celebrate the “western decadent” Valentine’ Day, and denigrate them for not showing ‘respect’ to the supreme martyr!

After many years of showing ‘concern’ for the supreme martyr by beating up young couples in parks for celebrating ‘Valentine’ Day, this year these ‘big nationalists’ got some drubbing on the mainstream media for spreading such rubbish through the social media!

But there are other fictions and distortions made in the post martyrdom life of Bhagat Singh. Worst of all is distorting his real pictorial presentation to imagined painting based presentations. Till 1947 or even till 1970’s, the most popular and real photograph of Bhagat Singh---wearing the famous hat--- was clicked on April 3,1929 at a Kashmere gate studio of old Delhi, before he and BK Dutt went to throw bombs in Central assembly on April 8.

This photograph was first published in the April 12,1929 issue of ‘Bande Matram’(Urdu) from Lahore and in Hindustan Times of Delhi on April 18, 1929.

However, after the 1970’s the sense of ethnicity took over, despite the fact that in the same period, his writings were also rediscovered and published reflecting his clear ‘Marxist Socialist’ orientation! Some artists took one of his older paintings showing him in a yellow turban with a bearded face to give it a massive publicity. Some of his original photographs also emerged in this period, from 11 to 20 years of age with a white turban or without one.

Famous artist Sobha Singh made a painting based on his 1927 Lahore police detention photograph, which emerged during the 1960’s. But more popular creations in paintings were of an “arrogantly moustached Youngman with pistol and yellow turban’, who could scare the ‘Gora Angrez’!

This overbearing image which continues to distort the real Bhagat Singh even today, was countered at a creative level by some progressive painters in the 1980-90’s till today. They paint Bhagat Singh from his real photograph, wearing a white kurta pyjama with a white turban and a book in hand.

The irony is that common masses don’t want to love Bhagat Singh as he really was---the thinker revolutionary. They prefer the romanticised yellow turbaned, pistol flaunting, Bhagat Singh, striking fear in the Gora Angrez. So much so, that Bhagwant Mann, after becoming a MP, tried to copy Bhagat Singh by wearing a saffron or yellow turban in the supposed ‘Bhagat Singh’ style! The fact of the matter is that neither Bhagat Singh ever wore a yellow or saffron turban, or wore even any turban for that matter in the style that Mann tries to project.

Only two of his dresses are available in his four real family held photographs-white turbaned with white khadi kurta pyjama, one at the age of 11 years at home and the second when he was 17 years of age and studying at the National college Lahore. This was from a group photograph of the drama team.

A third photograph is of when he was in police custody in Lahore in May 1927, with open head hair sitting on a cot with a police officer interrogating him. The fourth and last photograph of Bhagat Singh is of April 3,1929 taken at the Kashmere gate studio, wearing a half shirt, with khaki shorts and a felt hat. The photographer testified in a Delhi sessions court that he had taken this photograph.

In most parts of the country and abroad, except Punjab, this continues to be the most popular photograph of Bhagat Singh on display in offices or homes. Yet in Punjab at Khatkar Kalan-Bange, Bhagat Singh’s ancestral village site, the Hat wearing statue was inaugurated by Punjab Government ministers. However, it was taken away to some other place to be replaced by a statue donning a turban, during the late 1970’s as per Punjabi poet Amarjit Chandan, who has the photograph of the original statue!

In other deliberate distortions, writer and journalist Khuswant Singh was targeted with the claim that his father Sir Sobha Singh was the cause of Bhagat Singh’s hanging.Sobha Singh was present in the Delhi Central Assembly on April 8, 1929 in the visitors’ gallery and he did identify Bhagat Singh and Dutt in court at Delhi, but without making any statement. And in the Delhi bomb case Bhagat Singh and Dutt were ‘transported for life’! Bhagat Singh, Rajguru and Sukhdev were hanged in the Lahore Conspiracy case in the Saunders murder case, and interestingly, the judgement is now again under judicial review before the Lahore High Court after being challenged by Lahore lawyers!

Another major distortion or fiction is about Bhagat Singh’s faith. While he himself clearly professed being ‘an atheist’ and ‘Socialist Revolutionary’ influenced by Marxism, yet Bhai Randhir Singh, a respected Ghadarite revolutionary claimed that Bhagat Singh ‘accepted his fault’ for shaving his hair. And that he re-converted to Sikhism under his influence in jail where he grew a ‘six inchbeard’ at the time of hanging!

Bhagat Singh was too farsighted about this and he was so conscious about this perceived distortion of his ideas that immediately after meeting Bhai Randhir Singh, who was released from Lahore jail after this meeting, Bhagat Singh penned ‘Why I am an Atheist’ on October 5-6, 1930 to rebut all the arguments which might have come across in the meeting between the two. Yet some right-wing admirers of Bhagat Singh claimed ‘Why I am an Atheist’ to be an interpolation of leftists. But the brief editorial note with the essay, ascribes it as received from Bhagat Singh’s father Kishan Singh. And rebuts the claim by making it clear that the first publication of the essay was on September 27, 1931 issue of the Lala Lajpat Rai established weekly ‘The People’ from Lahore and its Tamil translation.

There have been other genuine debates among various political personalities of that period, such as Lala Lajpat Rai blaming these youth for trying to ‘Make Lenin’ of him; or Bhagat Singh and his comrades supporting progressive Congress leader Dewan Chaman Lal against the conservative group of the Congress; and he calling them names after they threw bombs in the Assembly and the youth attacking him as ‘pseudo-socialist’;Sukhdev accusing him of falling in a ‘love trap’ and Bhagat Singh explaining the worth of ‘real love’ in an exchange of letters; Sukhdev supporting the idea of ‘suicide’ in torture chambers and Bhagat Singh snubbing him for not facing life’s difficulties squarely...etc. etc. 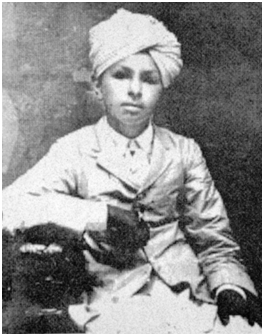 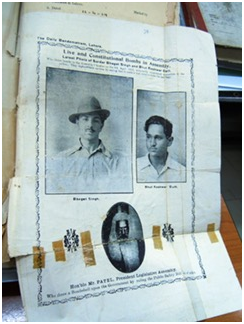 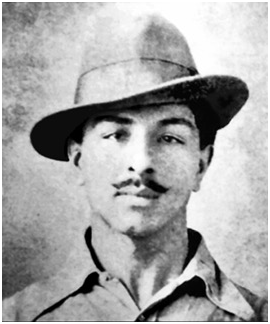 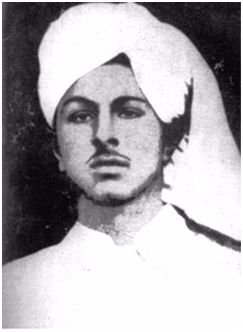 (Chaman Lal is a retired Professor from JNU and a Fellow of Punjab University Chandigarh.)