JAIPUR: Citizens of Rajasthan and Delhi came together to protest against the ghastly murder of Pehlu Khan at the hands of cow vigilantes. The 55 year old dairy farmer was returning from a cattle fair in Rajasthan to his home in village Jaisinghpura, on the Haryana-Rajasthan border, with milch cows that he had bought with full documentation, when his vehicle was stopped by the men on motorcycles. He was killed while his son with him, and others in another vehicle behind, were beaten unconscious by the mob.

The attack has been reported extensively, not just in India but across the world. Outraged and saddened citizens protested demanding action against the cow vigilantes and justice for Pehlu Khan and the others.

In Delhi Khudai Khidmatgar, a social Organisation organised a condolence meeting and a candle vigil in front of Gandhi Samadhi, Rajghat, New Delhi, for the brutal killing of Pehlu Khan, as well as of a 20 year old youth , Mohammad Shalik who was lynched for being in love with a Hindu girl in the same town.

The photographs below of the protest capture the sombre mood as citizens march against the goonda raj of ‘gau rakshaks’: 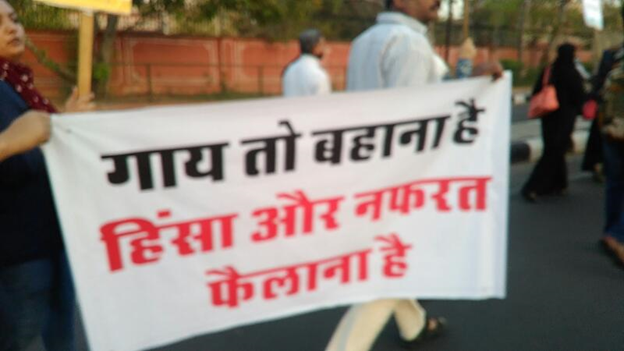 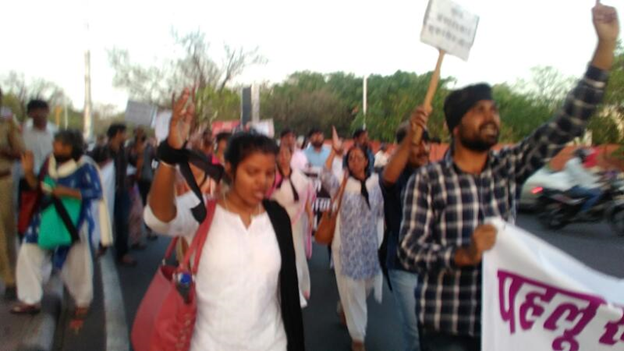 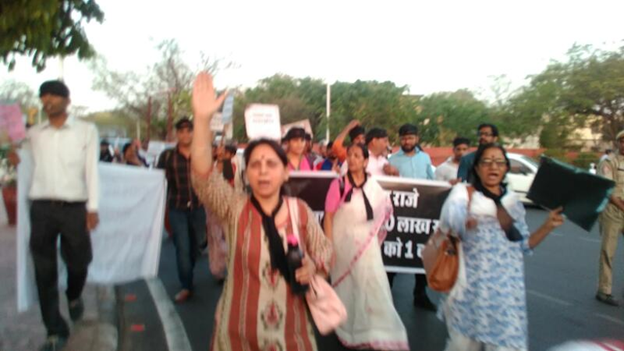 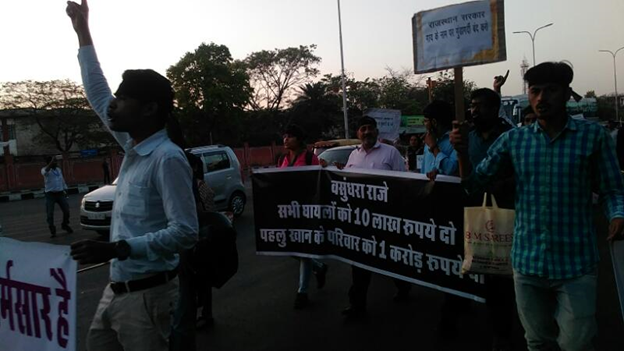 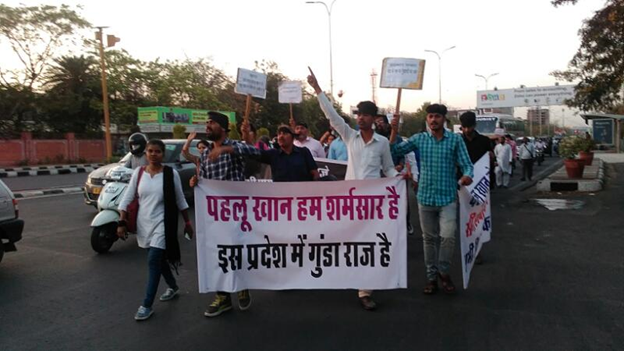 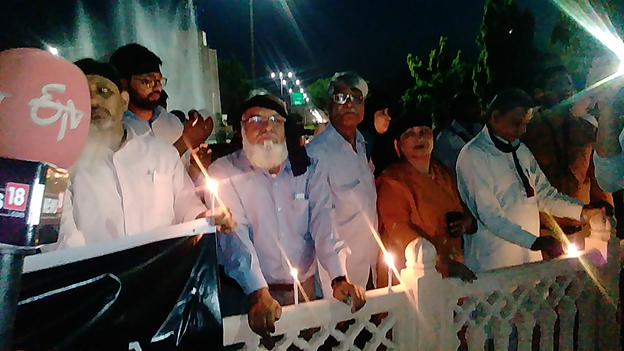 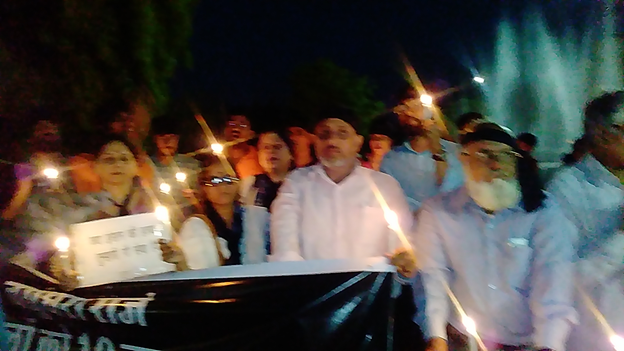 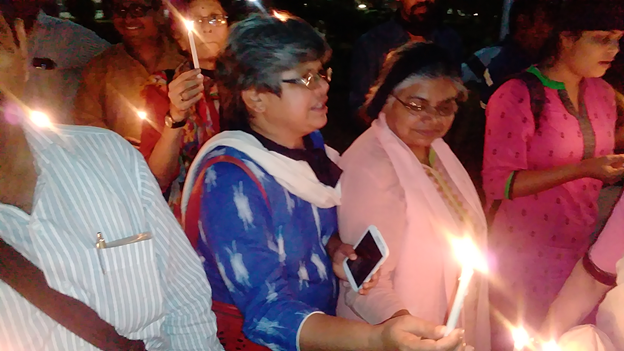 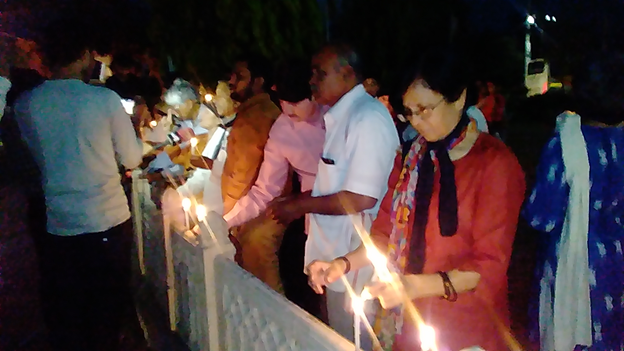 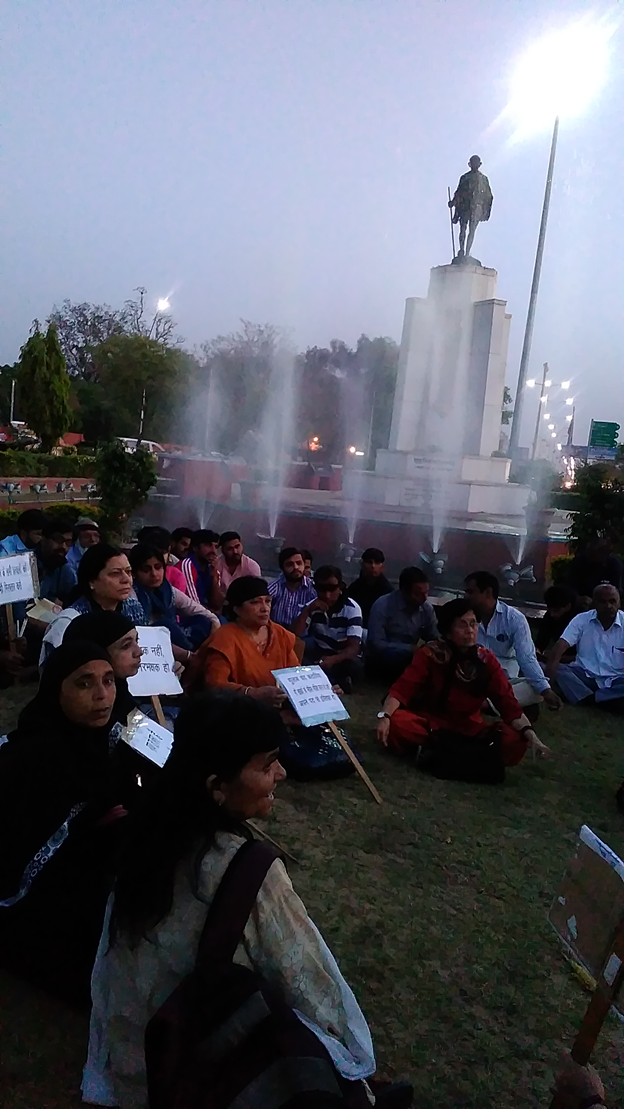 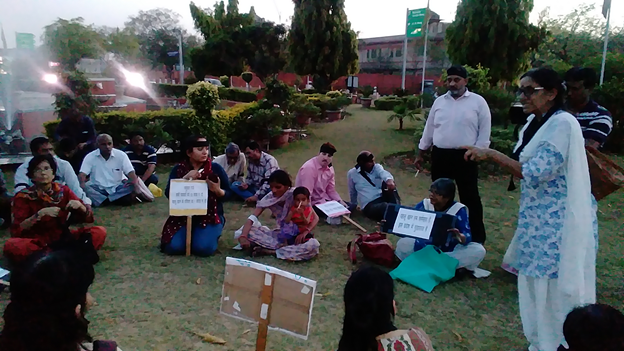 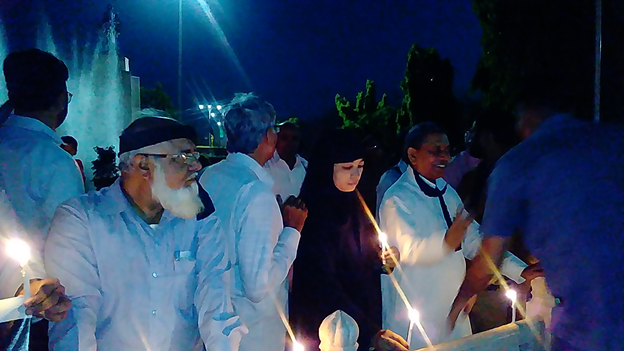 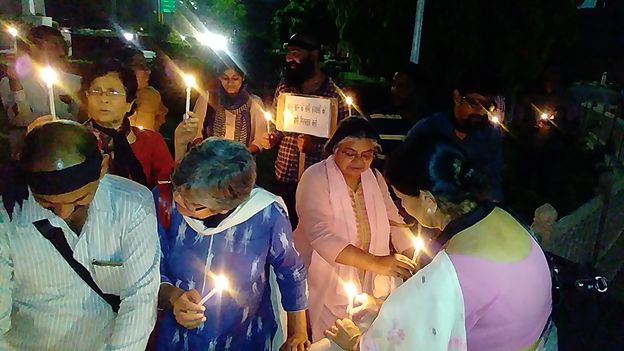 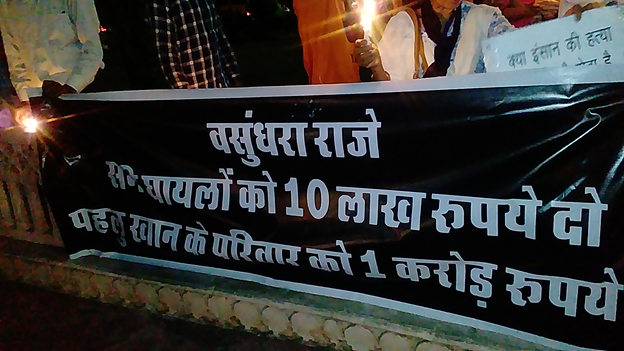 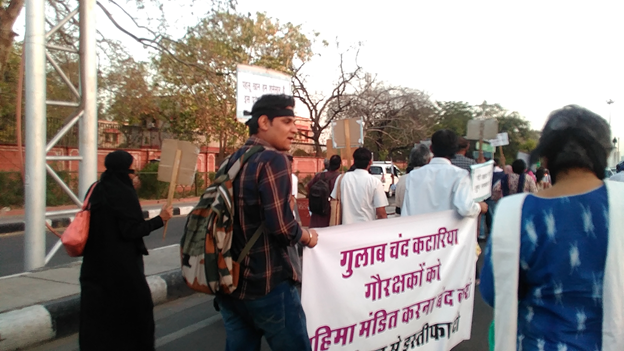