AHMEDABAD: The cycle of WhatsApp propaganda. Some smart aleck writes about a new fictional achievement by BJP; BJP supporters, who never believe in fact-checking when it comes to BJP’s own achievements, get overjoyed; a few of them want to impress their friends and put it in their WhatsApp groups; this WhatsApp forward goes viral; lands up in the phone of a BJP Minister/MP/MLA/staunch-supporter; the BJP big shot tweets it or shares it on Facebook; gets exposed on social media, ends up embarrassed.

How many times has this cycle been repeated over and over again? The latest victim who’s been fooled by the false propaganda of his own party supporters is BJP Minister Babul Supriyo. Recently he tweeted a picture which he claimed was that of Rajkot Bus Stand which in reality was just a Digital impression, the kind that is created before any building/residential apartment/shopping mall is constructed. 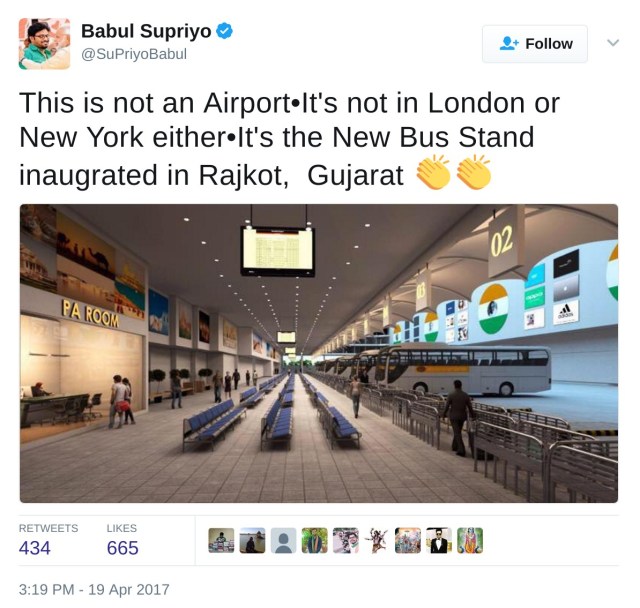 Babul Supriyo realised his folly and graciously admitted that he was fooled by a WhatsApp forward but not before he was trolled, and ridiculed on the social media for the gaffe. 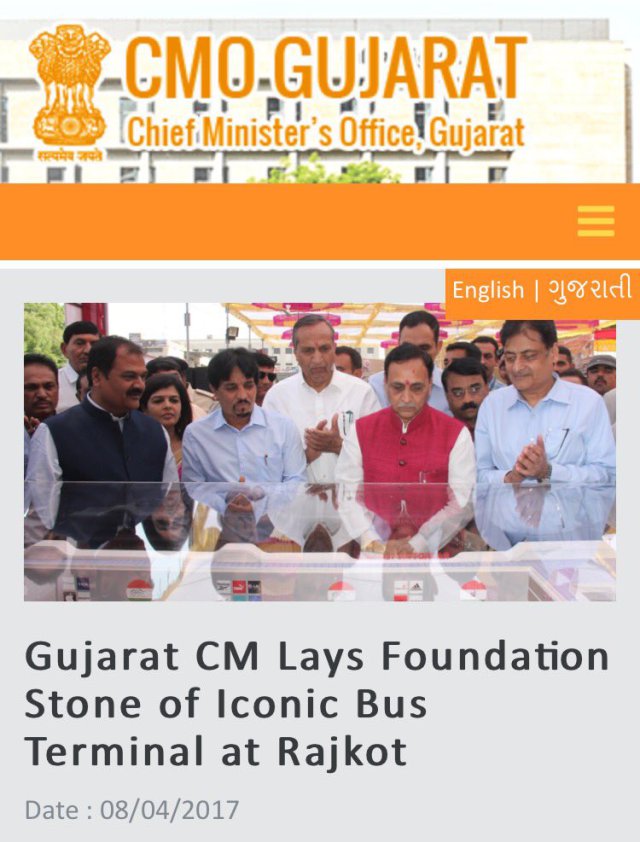 HV Goenka, chairman of RPG Enterprises, one of India’s largest business groups, was fooled by the social media propaganda too. 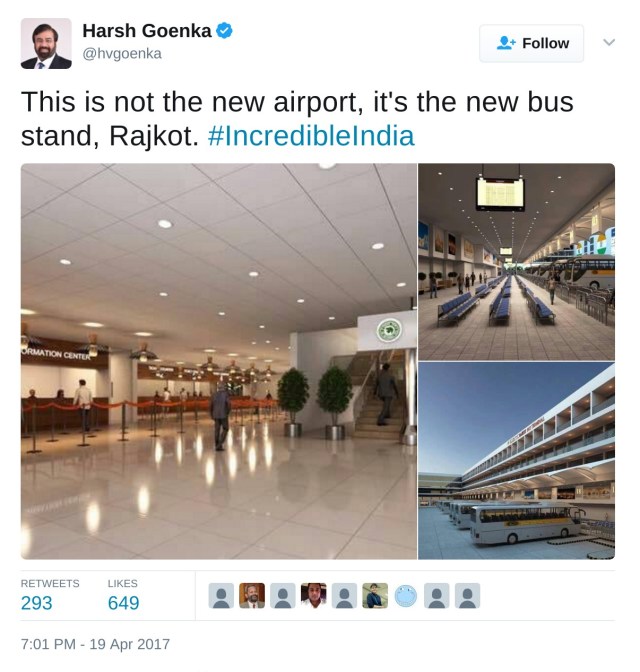 Even Mohandas Pai, who was formerly on the Board of Directory of Infosys, and is a staunch Modi/BJP supporter ended up retweeting Babul Supriyo’s tweet. 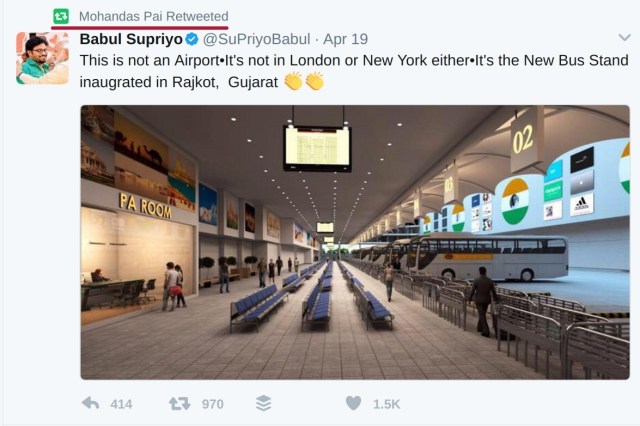 However, this is not the first time that a big shot has fallen for fake WhatsApp propaganda. Shortly after the BJP came to power, party MP Meenakshi Lekhi had posted one such rumour floating around on social media. 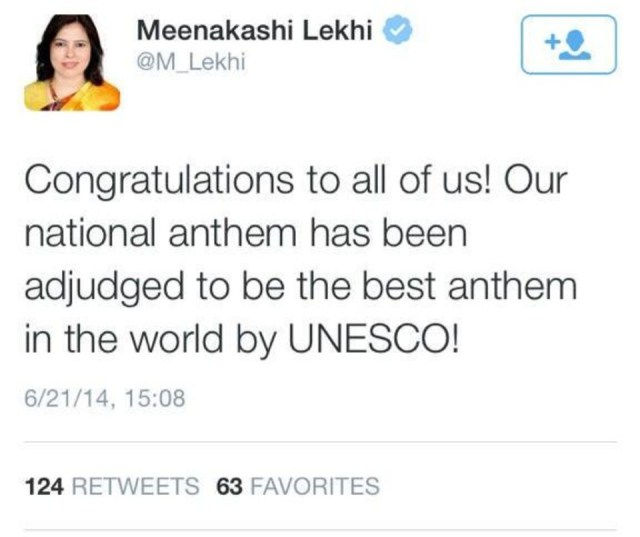 When confronted, she deleted the tweet but found it hard to gracefully apologise.

BJP supporters’ obsession with UNESCO as the ultimate judging body continued when a fake message went viral suggesting that Narendra Modi was chosen as the best PM in the world by UNESCO. Tens of thousands of identical messages were circulated on all forms of social media. 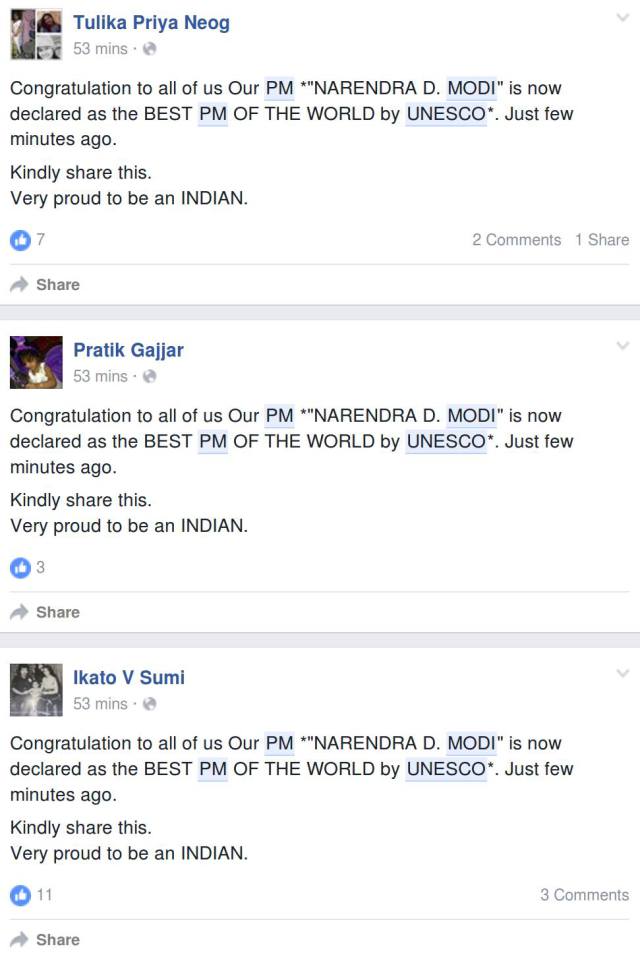 This time it was the chance of Pankaj Advani, who is a professional billiards player, to fall for it. 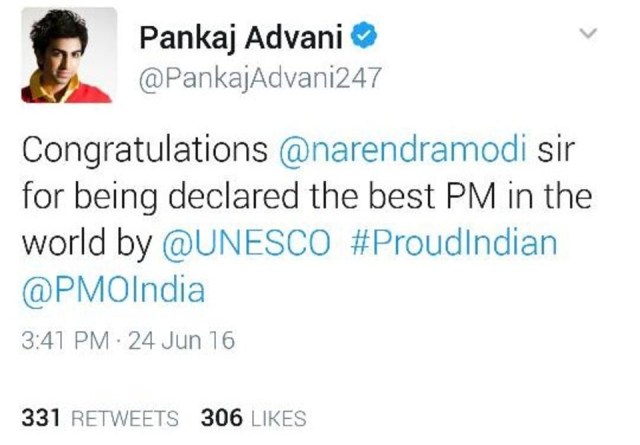 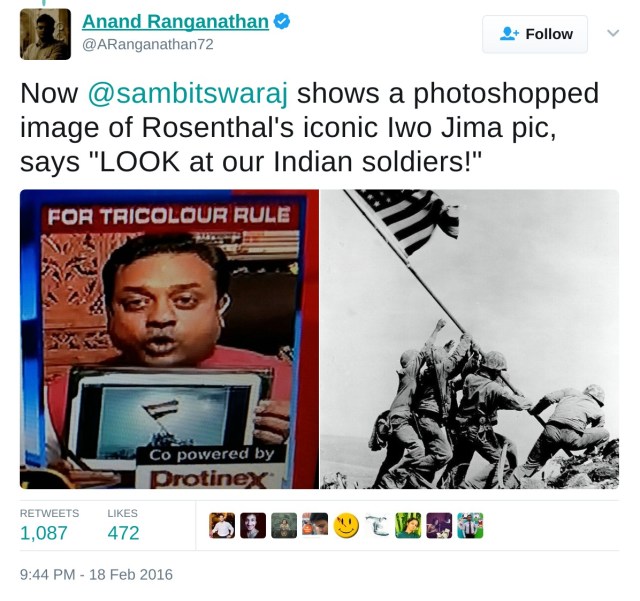 Akhilesh Mishra, a former director of MyGov under Modi Government once tweeted a picture of a Chinese bus rapid transit system claiming it is Ahmedabad. 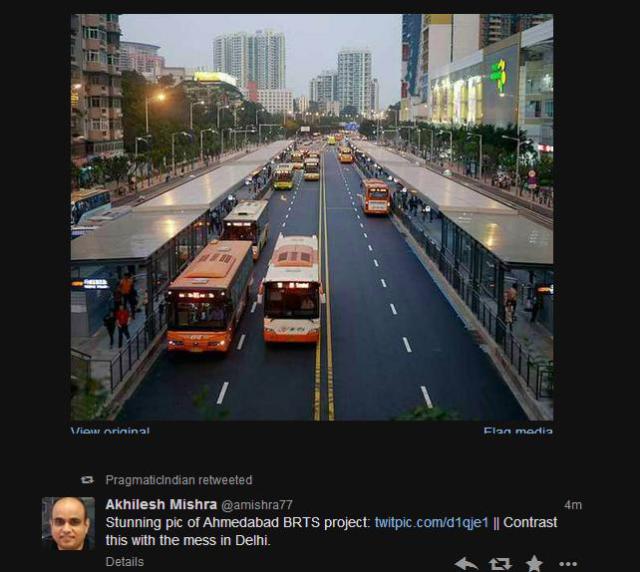 The picture was originally from Guangzhou in China.

BJP’s official Twitter handle has also tweeted pictures from other countries passing it off as their development. Once they passed of the imagery of Motorway A2 of Poland as Modi Magic. 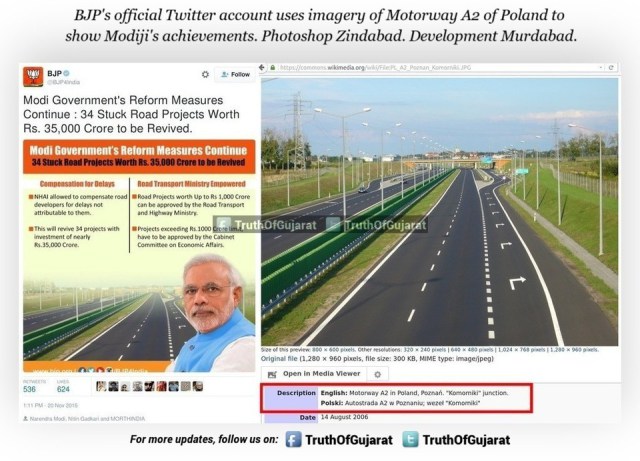 BJP has actually even submitted photoshopped pictures in a court of law trying to show-off their work. This was done by BJP ruled South Delhi Municipal Corporation. 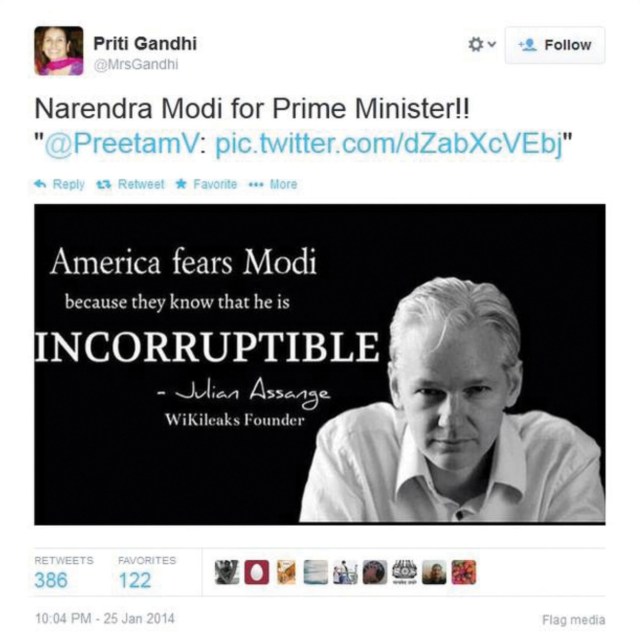 Wikileaks called her out on this bluff much to her embarrassment. 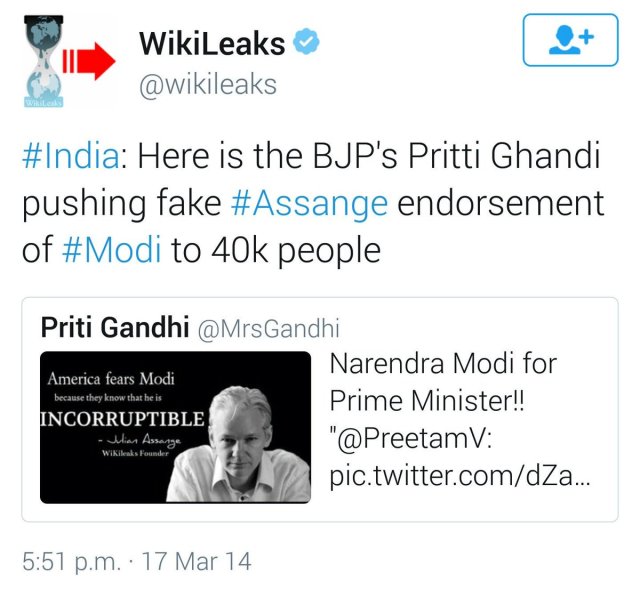 Govt’s own Press Information Bureau had once tweeted a photoshopped image of Narendra Modi surveying Chennai floods. The scene shown through the window of the plane as shown in the picture below was photoshopped and fake. 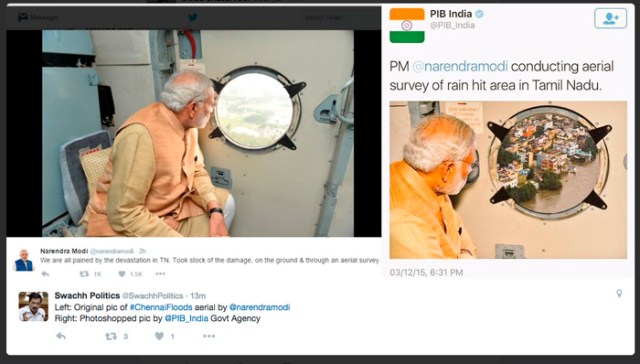 (This article first appeared in Atlnews)