Medical Facilities for Indians and Cows

ETAWAH: The above photograph has become a defining image of the India where basic medical facilities are denied the poor. The image taken not by the media but by a passer by of a man, carrying his 15 year old son’s body over his shoulder, weeping profusely as he leaves a hospital in Etawah is a clear demonstration of the two India’s, one where growth has no meaning, where life remains an endless struggle with the next square meal remaining elusive.

Udayveer, a 45 year pld labourer, had been twice in days to the hospital from his village that was seven km away. And a long trek for the daily wager who himself is suffering from a chronic lung ailment, and is one of the millions of voiceless of India. As he told reporters later after the short clip came to the attention of the media, he was turned away twice by the hospital. His son was suffering from what he thought was little more than pain in the legs, but he was not treated just turned away.

Udayveer emerged from the hospital his son’s lifeless body. There was no ambulance or hearse for him.

There are no ambulances for people in most parts of this country, not even in the capital where the demand the authorities have always maintained outstrips the supply. In villages there are no hospitals, just some ‘outlets’ storing basic paracetemol and a compounder at best, with the villagers like Udayveer having to trek long distances to a hospital for treatment. And here too they are given short shift, as they are too poor to speak up, and totally unaware of even their basic rights.

The following videos since August 2016 till now indicate the plight of the poor in India, each in itself a defining image of the health care available to those without money:


Meanwhile in Lucknow, in an elaborate ceremony Uttar Pradesh Deputy Chief Minister Keshav Prasad Maurya rolled out the first ambulance for cows in the form of “Gauvansh Chikitsa Mobile Vans”. These will rescue ill or injured cows and take them to cow shelters, Each ambulance will have a veterinarian and an assistant in attendance so that cows can get immediate medical relief. 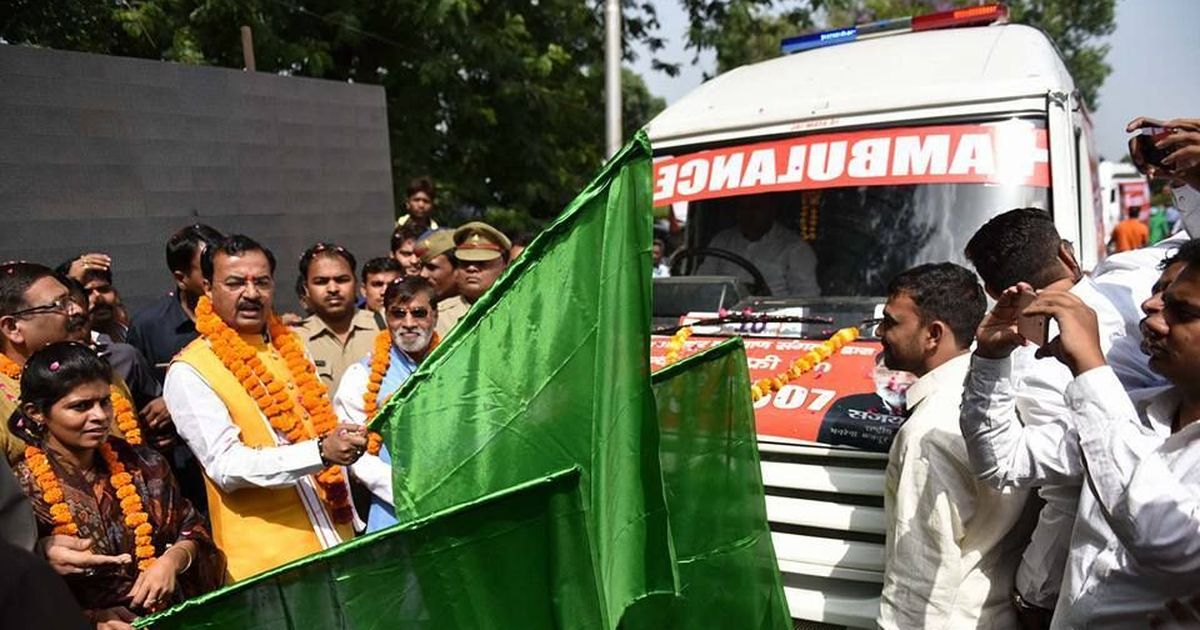 The service, clearly a flagship achievement of the UP government, will be available initilly only in Mathura, Varanasi, Allahahad, Gorakhpur and Lucknow.

Maurya also announced a gauseva toll free number for people to come forward and help the cows. The state government will be aided in this project by an organisation going by the name of Mazdoor Kalyan Sanghathan whose President Sanjay Rai has told the reporters that his men will take action against any one who dares abandon the cows, either ailing or those that have stopped giving milk. He will also ensure that his organisation takes action against municipality officials if the cows are found eating plastic or other harmful substance under their watch.

UP is following Madhya Pradesh where a similar project was started in April this year to answer the deepening concerns about the cows, and their well being.