AHMEDABAD: More than 15 years after a five-month pregnant Bilkis Bano was gang raped and seven of her family members were killed by a riotous mob following the Godhra train burning, real justice was done for the rape survivor.

When the Bombay High Court on Thursday overturned the acquittal of seven men, including policemen and doctors, and upheld the sentencing of 11 people convicted of rape and murder in the case, it acknowledged complicity of state officials in the incident. A total of 300 incidents had taken place all over Gujarat between February 28 and May 2002, justified by the far supremacist right “as retaliation for the train burning at Godhra.” 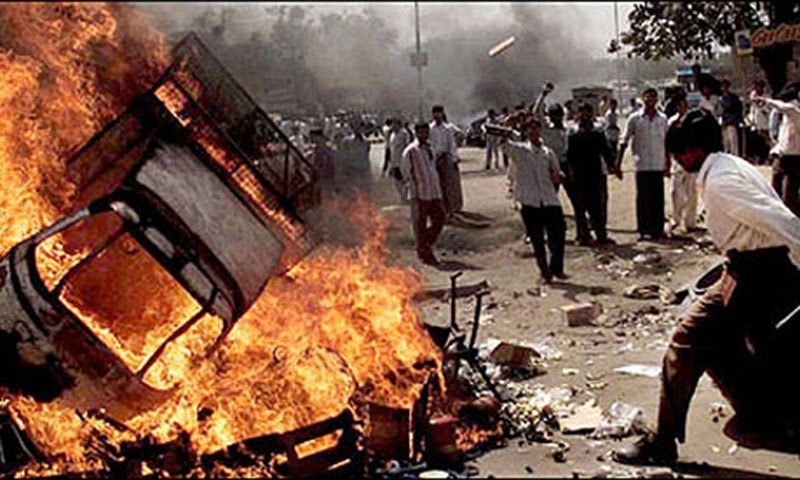 The Bakery Supreme Court judgement of April 12, 2004 transferring the trial to Maharashtra and ordering re-trial in the case was the first judicial acknowledgement of high level complicity. Thereafter the Special Court’s verdict of February 2006 also made small remarks on sections of the Vadodara police and their conduct during the trial. Finally it was the Naroda Patiya Special Judges verdict delivered on August 28, 2012 that pointed to a high level conspiracy behind the postr-Godhra violence.

While the Court rejected prosecution demand for death to three main perpetrators and limited the sentence to the police officials and doctors who have already served, the judgement is nevertheless serious judicial acknowledgement of the abdication of their constitutional duty by state actors.

Bilkees Bano welcomed the verdict saying , “My rights, as a human being, as a citizen, woman, and mother were violated in the most brutal manner, but I had trust in the democratic institutions of our country. Now, my family and I feel we can begin to lead our lives again, free of fear.“

The court said it will consider the period undergone in jail of these seven persons as their sentence. It directed each of them to pay a fine of Rs 20,000 within eight weeks.

A division bench of Justices V K Tahilramani and Mridula Bhatkar, however, didn't accept a plea seeking the death penalty for three of the convicts ­ Govind Nai, Sailesh Bhat and Jaswant Nai ­ described by the CBI as the main perpetrators of the crime. Bilkees Bano, then 19, and two of her chil dren were the only survivors in a group of 17 Muslims who were attacked in Randhikpur village near Dahod on March 3, 2002. Her three-year-old daughter Saleha had been bludgeoned to death with a stone.

In its 430 page judgement, the court observed that the men were part of a blood-thirsty mob but not 'history-sheeters' or 'hard-core criminals'. “Nor was there repetition of crime during that massacre that had come on record. Looking at this fact, after a gap of 15 years, we are not inclined to enhance the sentence.”

On the fate of five policemen and two doctors who had been acquitted by the trial court in 2008, the judges were in no mood to show leniency.Setting aside their acquittal, the court noted that the policemen intentionally didn't record statements of important witnesses.

This is concrete judicial acknowledgement of complicity. The Court also observed that the doctors didn't examine the private parts of many women victims despite their bodies not being fully clothed. “On perusal of the photographs, one can easily make out that the females were sexually abused when they were put to death.”

“We cannot be unmindful of the fact that the incident occurred in 2002, 15 years have elapsed since then. These accused have been in custody all this while. Looking at this fact, after a gap of 15 years, we are not inclined to enhance the sentence,” said a division bench of Justices V K Tahilramani and Mridula Bhatkar.

The bench, however, allowed the appeal filed by the prosecution against the acquittal of seven men — five policemen and two doctors — who now stand convicted for not performing their duties (under Section 218 of the IPC) and tampering of evidence (Section 201).

The court observed that all the police personnel from Limkheda who attended to Bilkis were either accused or examined by the defence as defence witnesses, and none of them supported the prosecution’s case.

Pointing to lapses by the police in the investigation and by the doctors in carrying out the post-mortems, the court said: “We do not require any other proof to infer that police from Limkheda police station wanted to suppress the fact of rape committed on Bilkis. They wanted to screen the perpetrators of the crime for reasons best known to the police.”

Bilkis’s supplementary statement was not recorded as soon as the police were informed of the rape, the court said, adding that the police had “gagged the mouth of Bilkis so that her cry for justice would not be heard by anybody”.

“She is the informant and a victim, and relative of the deceased but was not taken to the spot for identification of the spot or bodies. No close relatives were also taken there,” said the court.The bench said Identification of the bodies was the first step in the investigation. “The police have conducted the post-mortem hurriedly, buried the dead bodies with sacks full of salt, so that the bodies will decompose faster,” said the court.

About the doctors, the HC said, “It is evident that they were not only casual in conducting the post-mortem but suppressed material information by way of omission… Prima facie, one may feel that medical officers are not concerned with the investigation and therefore, they are innocent.

However, in our considered opinion and after close scrutiny of the evidence, we could read between the lines which show that the medical officers have completely failed to perform the post-mortem of all the bodies as is expected under the law… In the inquest panchanama, the doctors have only mentioned injury to private parts of one deceased. On perusal of the photographs, one can easily make out that the females were sexually abused when they were put to death.”

On March 3, 2002, just days after the burning of the Sabarmati Express at Godhra station, Bilkis Bano, then 19 years old and five months pregnant, was escaping mobs of rioters along with her family, on board a truck. She was accompanied by 17 others, including a two-year-old daughter.

Their truck was attacked by an armed mob in Randhikpur village of Dahod district. Fourteen members of her family were killed, including her daughter, mother Halima and cousin Shamim. Bilkis was gangraped and left for dead.

Unable to get a case registered with the local police, Bilkis approached the National Human Rights Commission and petitioned the Supreme Court. The Supreme Court directed the CBI to investigate the case. As threats mounted, the family requested the SC to move the case outside Gujarat. The SC then shifted the case to Maharashtra.

Charges were filed against 19 men in a Mumbai trial court. In January 2008, 11 were sentenced to life imprisonment for gangrape and murder. The CBI filed an appeal seeking death penalty for three convicts — Jaswantbai Nai, Govindbhai Nai and Radhesham Shah — charged with planning and executing the crime.

“I am happy that the State and its officials who emboldened, encouraged, and protected the criminals who destroyed the life of an entire community, are no longer unblemished, but today stand charged with tampering of evidence. For officers of the state, whose sworn duty is to protect citizens and enable justice, this should be their great moral shame, to bear forever,“ Bano added.

The court had last year reserved its judgment in the appeals filed by the 11 convicts and also the appeal filed by CBI for capital punishment to three of them. A special court had on January 21, 2008, convicted and sentenced to life the 11 men.

The Bilkis Bano trial began in Ahmedabad, but the Supreme Court transferred it to Mumbai in 2004 after she expressed apprehensions that witnesses could be harmed and CBI evidence tampered with. It was the second trial to be transferred after the famed Best Bakery case in April 2004.