The racial discrimination, abusive treatment and subjugation faced by African nationals and the North-East Indians in the capital follow a similar pattern. Although the AASI representatives have invariably pleaded with the government to tackle and resolve issues pertaining to racism, the defiant attitude of the police and the authorities has not changed for the better. 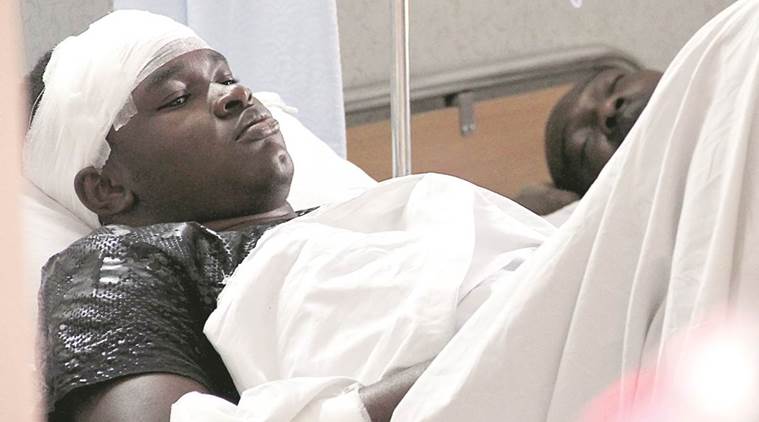 For instance, amidst the series of attacks on Nigerian and Kenyan students in Greater Noida in March this year, the police confiscated their passports leading to widespread panic among the African students in the National Capital Region. Those addressing the press conference emphasised the need for unbiased police investigation.

“I would love to share my food and traditions with the people of this place. We’re organising an Indo-African Cultural Festival in December where we wish to see Indians dancing to our music and enjoying our customs and vice-versa”, said a still hopeful Yakaka.

The mistreatment meted out to African residents due to their colour, appearance, lifestyle or linguistic barriers have made them a highly vulnerable community. Spokespersons from the North-east mentioned that they too have faced differential behaviour on similar grounds. Sharmila emphasised the importance of mutual dependence and respect among humans. She spoke of resorting to non-violent methods to pursue a cause, be it the repealing of AFSPA or fighting against the victimisation of African nationals and people from the North-eastern states. 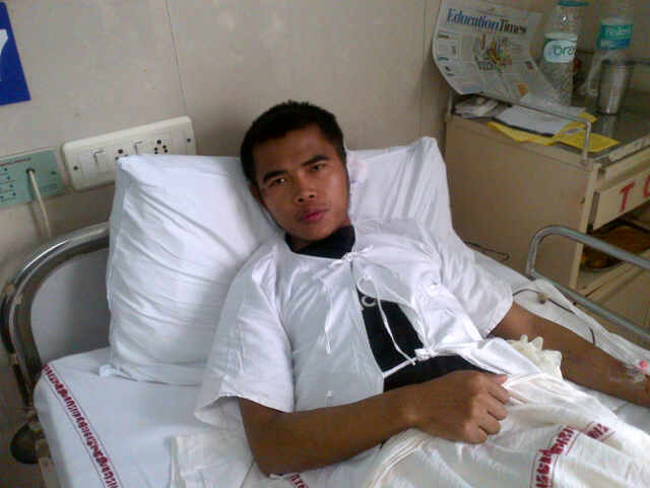 “Joining hands with AASI is the need of the hour; this will connect our hearts and strengthen our voices. We shall overcome everything”, she concluded with a smile.

Students from the North-east states of India are discriminated on the basis of their looks and appearances or their inability to speak in Hindi. Maang narrated incidents of discrimination within the Delhi University campus or in other public places that have been ignored by the authorities,even when brought to the attention of the police. Catcalls about their appearance are common, with both communities now being subjected to the insecurity of physical attacks by mobs in and outside the NCR.

The General Secretary of the North-East Support Centre and Helpline, Alana Golmei said that she has always spoken in support of the African students. “As an activist, I’ve deliberated that the chief cause of attacks based on discrimination arises out of stereotypes that link appearance to a certain notion of morality. Students from the NE with spiky hair, tattoos and piercings are labelled drug addicts or peddlers. They are called chinkis and associated with insurgents,” she said.

Speakers also urged the press, especially the vernacular media to be investigative and appropriately report incidents of discrimination without distorting the facts. While most students present did not repose any trust in the so called mainstream media, they appreicated the efforts taken by the online media that took care to report as per the facts.

Sood Shikely, a Kenyan national and an IT student at the K. K. Modi International Institute highlighted the fact that most people have negligible knowledge about Africa. “In 4 years, I haven’t been able to explain to the people that Africa is not one country but 66 different ones. People don’t even recognise Congo or Tanzania”, he said while insisting on the need for educating Indian citizens about Africa. He also mentioned the hardships a non-Hindi speaking person undergoes. Miscommunication in public places and getting conned by rickshaw drivers and shopkeepers are frequent instances. Provisions to mandate the knowledge of Hindi or other state languages as a visa requirement similar to those in English-speaking countries were suggested by Sood. He also specifically implored the Indian Prime Minister to use his influence to stop such discrimination.