NEW DELHI: Harsh Mander began by stating that this time will be remembered more as a time of hatred and its expression, than as a time of jobless growth and militarization (the topics of the previous two talks). He clarified the scope of the discussion, stating that the normalization of hate is specifically directed at Muslims, pointing to the ‘Project of Hate’ that is currently marginalizing and subjugating 15% of the Indian population.

He warned that our descendants will look back at this time and ask us – “what did you do?”. The horrific lynching of Pehlu Khan was mentioned. Mander specifically noted the silence of the Prime Minister, the impotent role of the police, and the role of the crowd: those who participated; those who filmed it; those who simply walked past. The indifferent and passive bystander of this horrific incident must be held equally accountable. With this he implied that we are acting as bystanders to the systematic hatred that exists and that we too are complicit in our silence.

Whilst Mander presented an optimistic belief that we as individuals have the capacity and power to change the course of the normalization of hate, Tanika Sarkar offered a more pessimistic image. She suggested that the rhetoric of hate is engrained in India’s history, and endemic to Indian culture. 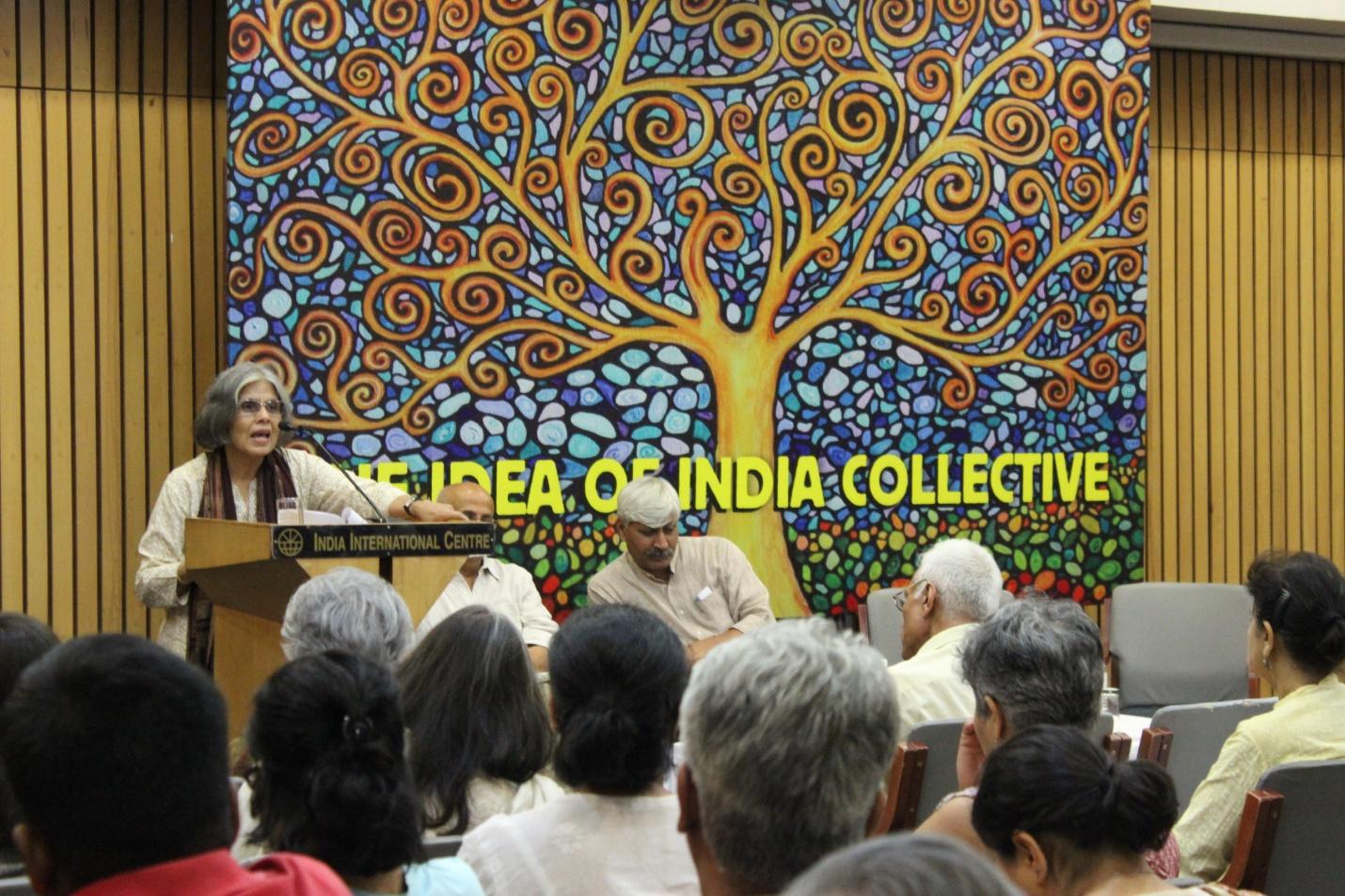 Sarkar noted the dizzying plurality, changeability and illogical nature of hate crimes. She likened this to a constantly reshuffling pack of cards (the hate groups, the hate crimes, the reasons) – cards are drawn at random and when the maximum amount of hatred is reaped from each card it is replaced and saved for later. In Sarkar’s view there are two potential strategies behind this ‘shock treatment’ or ‘shock therapy’. The first is to block a full understanding thereby deadening any effective critique and preventing a fully blossoming opposition. The second is a relentless upping of the ante, raising the level of tolerance and continuously throwing up an event even more horrendous than the one before until the horizon of ‘normal’ is expanded and we are habituated to awful acts.

A particular chilling personal experience which occurred in 1992/1993 was mentioned by Sarkar. Reasoning with local people in Nehru place for a secularist group, Sarkar and her friends, one of whom had her children with her, were surrounded and charged at by an angry mob. Fortunately the police protected them and threw off the mob, however the statement of one of her friends in their moment of terror has stayed with Sarkar: “Tanika, we will see everything in our lifetimes, we will hear the midnight knock, we will see the gas chambers”.

Drawing a comparison with the recent attacks on ABVP students and teachers at Ramjas College, Sarkar noted that (unlike her experience in 1992/1993), the police stood aside for two whole days. Those involved in this attack still remember the bloodthirst on the crowds faces. It is clear that our standards of ‘normal’ have changed.

Also fearful for Sarkar is the spread in demographic of those perpetuating hate crimes. It has expanded now to include professionals. She spoke of one story in which a ten year old boy saw his teacher kill his father in an angry mob.

Sarkar provided a detailed timeline of the development of the rhetoric condemning Muslims, through Hindutva and the formation of the RSS in the 1920s. Vinayak Savarkar provides some of the most emblematic imagery, drawing a comparison with Nazism and suggesting Hindus should treat Muslims like Hitler treated the Jews. The RSS leader, Indresh Kumar, similarly stated recently that “those who eat beef have no human rights” – a worrying echo of the attack on Pehlu Khan and the current beef bills.

The pattern of the expression of hate against Muslims has fashioned Muslims as attacking and undermining everything sacred to Hindus. Whilst other expansion projects are viewed as imperialistic, Muslim expansion has been pictured as a greedy conquest for Hindu’s queens, cows and temples.

According to Sarkar the RSS revel in dwelling on details of rape and sexual cruelty, portraying Muslims as rapists by nature. She spoke of one women in whom such beliefs was so engrained that she stated “they have raped us so much, that we must rape them back”, imagining herself simultaneously as victim and perpetrator. And so every act of Muslims are seen as an act of conquest over Hindus – whether it be their birth, procreation or death – and terrorism is viewed as their latest conquest and another form of the endlessly evolving rhetoric of hate against Muslims.

Sarkar noted that history cannot be undone. The RSS and their ideology has infiltrated deeply into all social levels, whether it be schools, women’s organizations, or even the priesthood. As constant drops of information seep into minds a movement of violence and revenge is built. Sarkar concluded her analysis with the somewhat intimidating prospect that “we may be quite late for this kind of work”.

Mander followed Sarkar by also articulating anxiety over the changing nature of hate crime. From large massacres with high death rates (the Gujarat riots of 2002) to smaller scale massacres with a much more devastating level of displacement and a healing process of return which is systematically blocked.

Drawing a comparison with the moving and loving international response to Trump’s attempted Muslim ban, Mander asked where the Hindu and Sikh voices were with the recent displacement of so many Muslims. The only three responses Mander could forsee were 1) they were too frightened to speak, 2) they don’t care and 3) in their heart they share the same sentiments of the lynch mob. He believes that within us there is a mixture of all three. Mander ended with the pertinent and introspective statement that the first fight to face would be with ourselves.