NEW DELHI: Dalit leader Chandrashekhar of the Bhim Army was arrested by the Uttar Pradesh Task Force from Dalhousie in Himachal Pradesh. The police has made much of his arrest, announcing a reward of Rs 12000 for information, and insisting that he was in hiding. This despite the fact that the young lawyer was present in full body and spirit at Jantar Mantar in Delhi just recently to address a huge meeting of Dalits called to protest against the violence in Saharanpur where one person was killed, and countless others injured.

However, the UP police made no move to arrest him despite his open presence on the platform for hours for fear of volatile reaction from the crowds. Instead the cops whisked him away from Dalhousie, as part of the UP government’s crackdown mode on the Bhim Army that had resisted Upper caste Thakurs in Saharanpur. Two leaders were arrested yesterday, Chandrashekhar today amidst warnings from the organisation that the police should produce him before the courts as per the law, or face the Dalit response. 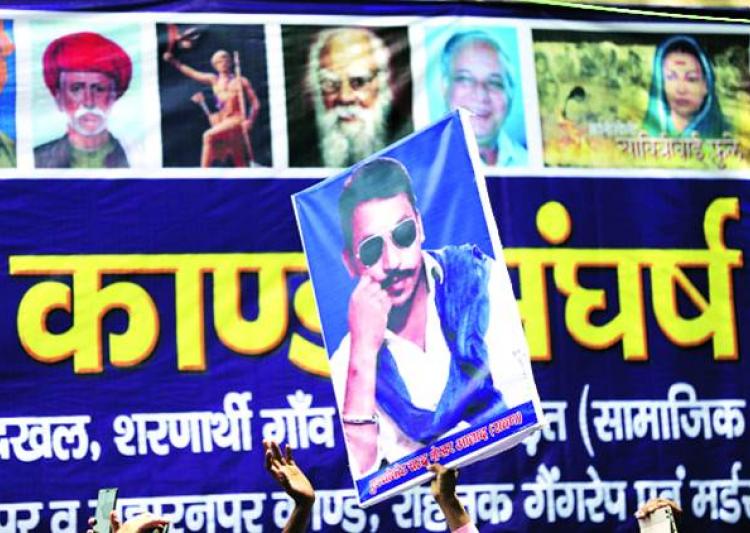 Farmers in Maharashtra and Madhya Pradesh have been out on the roads for over a week demanding better market price for their produce, loan waivers. Both are BJP ruled states and in both the Chief Ministers tried to break the protests by negotiating with kisan organisations seen as close to the BJP. When this did not work, the police was used on the remaining demonstrators in MP with 8 farmers being killed as a result. Farmer bodies in Rajasthan , Uttar Pradesh have issued warnings as well, making the same demands of higher price for milk, basic produce price, loan waivers.

The fresh protests began as the farmers bumper crop of tur dal and vegetables failed to bring in the cash, with prices crashing without any effort by the govenrment to check these. This became a double whammy for the farmers of these two states who have been reeling under the weight of loans, particularly as another BJP Chief Minister Yogi Adityanath announced agrarian loan waivers within weeks of assuming power. The excuses proferred by Madhya Pradesh and Maharashtra in particular to the farmers on this front became ‘lame’ over night.

However, Adityanath has been challeged by kisan leaders now in the state, maintaining that he must address the basic problems facing the UP farmers or face a "Mandsaur-like situation". Shekhar Dixit, national president of the Rashtriya Kisaan Manch, said the basic issue is of minimum support price that most farmers are unable to get. Loan waiver, he told a news agency, was no solution to the problems and farmers are pushed into poverty because they are not able to get a minimum procure price. The 33 year old leader of the Kisan Manch founded by former Prime Minister VP Singh said that the call of Jai Jawan, Jai Kisaan has been reduced to just a slogan. Dixit has been working with the farmers in UP and his words had the BJP insisting that Adityanath has done a great deal for the farmers. As has PM Narendra Modi. 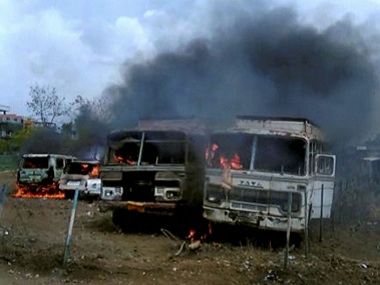 Today Mandsaur, the seat of the protests, has been cordoned off with the Rapid Action Force being deployed. Opposition leaders led by Congress party’s Rahul Gandhi were detained amidst some drama, on the pretext that they would ignite new fires. This led to angry protest from the leaders with Digvijay Singh and Kamal Nath of the Congress joined by Sharad Yadav of the Janata Dal (U).

The effort by the BJP is now to break the farmers unity that is still holding, however. Maharashtra government is working hard not to meet the basic demands and ease the agrarian crisis, but to bring in milk and vegetables from Gujarat and break the back of the protest. The farmers have been blockading the supply of these perishable commodites from their fields to the cities in a bid to make the urban cities responsive to their plight. The Fadnavis government, working closely with the centre of course, is now arranging for the same from Gujarat to ensure that there is sufficient supply.

The refrain is that the protests are being organised by the Congress and “anti social elements” a recurring charge the BJP makes to dismiss whatever it sees as dissent. The party has formulated a three pronged strategy to deal with protests--be it students, Dalits, farmers or others. One, try and break the unity with talks with pro-BJP factions within even as rumours about the protestors, their motivations, their affiliations etc are spread; Two, use force; Three, file cases and make arrests. Do not concede the demands.