Village Women Unite to Protest Lynching: 'Will Not Accept Body Until You Register FIR, Arrest Killers'

RANCHI: Women of a small village in the Ramgarh district of Jharkhand came out in support of the grieving and terrified wife and children of the 50 year old driver Alimuddin Ansari who was lynched by a mob on the basis of rumours that he was carrying cow meat in his van. And they did this through direct action.

The police that remained a bystander as has been its wont until the assailants had beaten Ansari to death, brought his body after a postmortem to his village, Bajartand. The women came out and formed the front line as it were, refusing to accept the body in a night long stand off with the cops, demanding the police register an FIR and arrest the guilt first.

The cops, unprepared for this protest, left with the body. They returned again later in the evening, this time pointing out that the state government had promised Rs 2 lakh compensation to Ansari’s widow. We do not want your money, the women said and refused to accept the body. The police went back again.

The cops returned for the third time, this time with some ground work to basically break the resistance. Locals told The Citizen that local leaders were ‘persuaded’ and the family further intimidated. There is no proof, a state activist agreed, “but this is what we know that money too was paid to some of these chaps” The police spoke to the family and the midnight drama, stretching into the early hours of Friday morning, ended with the wife being left with no choice but to accept the body of her husband. The local masjid announced burial immediately after the Friday prayers.

A FIR has been registered. And it names at least 12 men, known to be affiliated to local right wing organisations. A local activist said that the men were known to be from the Bajrang Dal but this could not be independently confirmed by The Citizen. However, some of the names appearing in the FIR are Deepak Mishra, Chotu Verma. Surjit Sonkar, Snatosh Singh, Papoo Yadav and others. No one has been arrested.

Ansari has three young children. He has two brothers. He came from a very poor background, and was a driver trying to eke a living. His village is just about 40 km from Ranchi.

There have been a series of lynchings in Jharkhand that have been barely elicited a response from the Opposition parties in the state or the centre. Details of these incidents have been carried regularly by the media but with little to no response by way of remedial action.

A year ago in March, 2016 two cattle traders were lynched by cow vigilantes, and found hanging in the Balumath forests in Latehar district. The two were 32 year old Mazlum Ansari and like Junaid, just 15 year old Imteyaz Khan. They were on their way to a cattle fair with eight oxen they wanted to sell. They were set upon, beaten and killed. The police claimed then to have arrested five persons, said it was looking for others. But that was the last heard of this brutal killing.

In October 2016 a Muslim youth was picked up from his home in Jamtara district of Jharkhand by the police for reportedly sharing a photograph of slaughtered cow on Whatsapp. 22 year old Minjah Ansari was taken to the Narayanpura police station and tortured according to the family, and when his health deteriorated he was shifted to the hospital where he died. The FIR states that he was beaten in front of his mother, and died because of internal injuries. She tried to intervene and she was pushed out of the polce station. 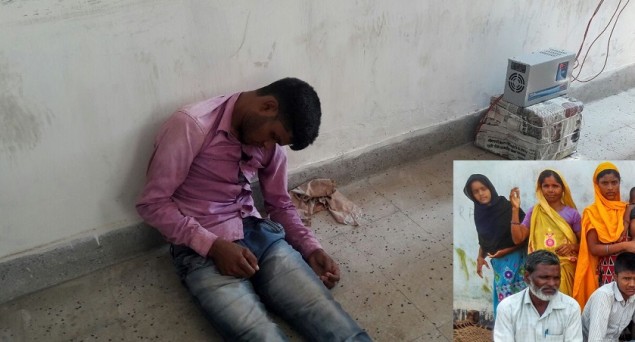 "When police came to my home, my son pleaded innocence but he was dragged to police van and taken to police station. When I came to the police station I saw the police station in-charge and a villager mercilessly beating my son. When I requested the officer not to beat my son, he pounced on me and beat me up, twisted my arms, all my bangles were broken and my cloth were torn, he pushed me out of the station. I helplessly stood outside the station and saw my son being beaten before my eye," said Ajhola Bibi, mother of Minhaj Ansari,in the FIR quoted in the media at the time.

In 2017 the attacks have intensified. Jamshedhpur, the industrial town, was witness to seven lynchings, four of these Muslims in mid-May this year. The rumour that spread like wildife in the villages along the borders of Seraikela-Kharsawan, East Singhbhum and West Singhbhum districts was of gangs trying to snatch children. The villagers were thus instigated into picking up weapons such as sticks and bats, and attacked strangers killing seven in the process, three being non-Muslims. 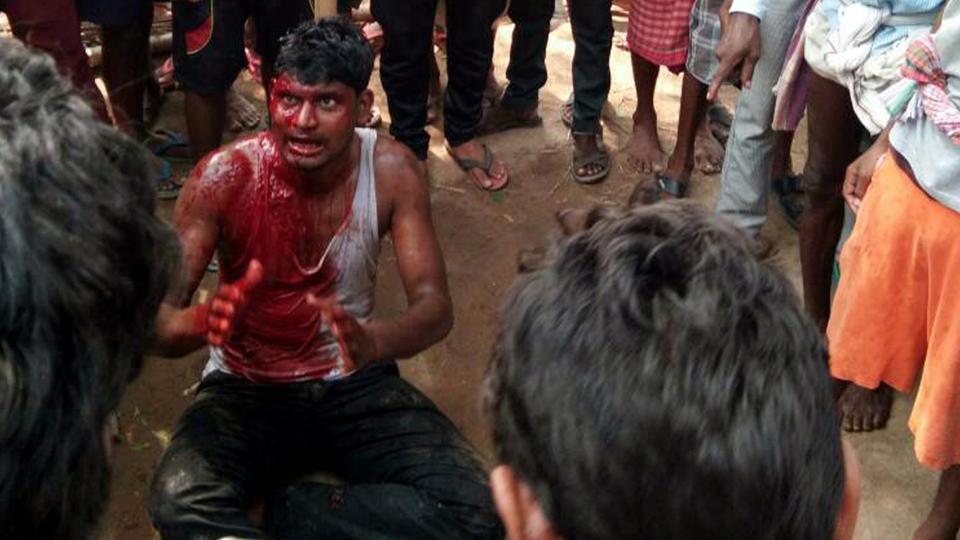 The above photograph is of one of the men Mohammad Naeem pleading with the mob to leave him alone. But they killed him anyway. Like that of Ansari, the driver, whose first photographs posted on Facebook showed him being beaten. But again despite the fact that he was almost inert, the mob of cow vigilantes went on to beat him to death regardless. The state government arrested 18 persons for these crimes.

Less than two weeks later, on May 29, a Muslim man was tied to a tree in Jharkhands Gumla district and beaten to death. His crime: he was in love with a Hindu woman. Mohammad Shalik, a resident of Raza colony in Gumla town went to meet the girl he was involved with on her invitation. He was spotted by neighbours and others, tied to a tree, beaten mercilessly until he died. Three were reportedly arrested for the crime.

On June 27-28 in a village Jharkhands Giridih district, the house of one Usman Ansari was attacked as a dead cow was foud outside. It had little to do with him, but a mob of 200 or more colleced, set his house and fire and beat him mercilessly. This was in Beria Hatiatand village in the Deoria area of the district. The mob was pelting stones as well and according to the police, the cops sent to “rescue” Ansari had to open fire.

(Cover Photograph: Video grab of the mob holding up Alimuddin Ansari’s face so that he could be photographed by their men. He died soon after)