"Darjeeling is a War Zone, No Food, No Internet, Only Rallies by Day, And Arson By Night"

DARJEELING: I stayed for a week in Darjeeling, in what has become a war zone. But have been left with no choice now but to leave when last night the ration in the hotel I was staying dwindeled to just four kilographs of rice. My diet for this week has been two meals a day, rice and dal for lunch, and three rotis and dal for dinner.

The demand for Gorkhaland, with the Gorkhaland Mukti Morcha also staking claim to the new district created by West Bengal Chief Minister Mamata Banerjee Kalimpong. The people are divided, many want an end to the agitation, but the GMM is determined not to back off and ordinary citizens are scared of them, as their activists are violent, throw glass bottles, use petrol bombs.

The area sees aggressive protests by the day. And arson by night. Every single night they attack police stations, fire stations, government vehicles, and even public libraries that are being burnt down.

The police is largely ineffective. The Army did come in but has been withdrawn. The chief minister has said that she will not talk until the violence subsides. More so, as she and many others know that the BJP is behind this agitation and is supporting the GMM demand for a separate Gorkhaland. There is some support from Nepal as well, with rations, liquor and medicines accessible in the borders black market. There is no transport at all. I had to walk about eight km from Siliguri, and then got a lift on a motorcycle---fortunate!

It is getting on to a month and the tension shows no sign of abating. The first violence was reported on June 8. The indefinite strike was announced on June 15. Schools, Colleges, Transport, Markets, ATM, Post offices all are closed. Gorkha Janmukti Morcha supporters agitate every single day at Chowk Bazar area, Darjeeling. Children are also participating actively.

At least three persons have been killed, unspecified number injured, and massive property damaged and gutted. 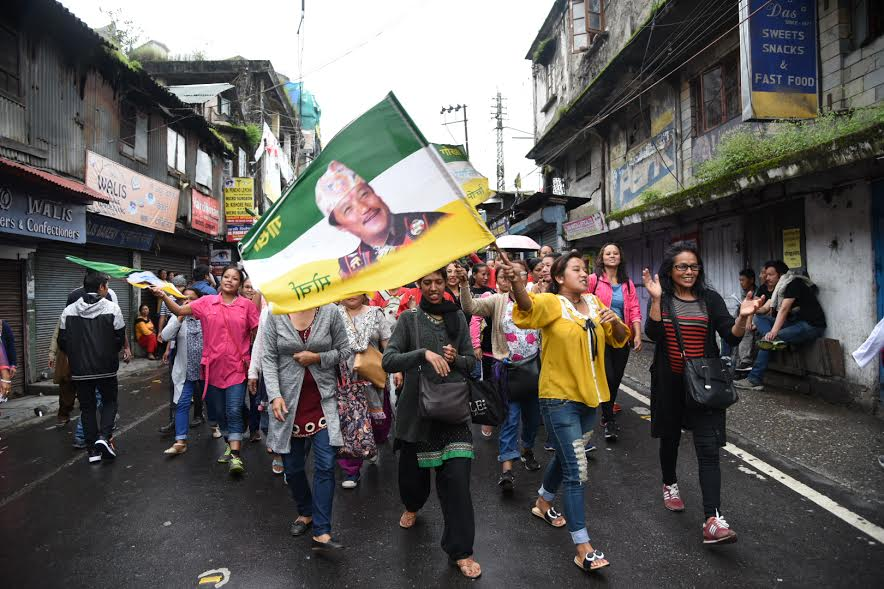 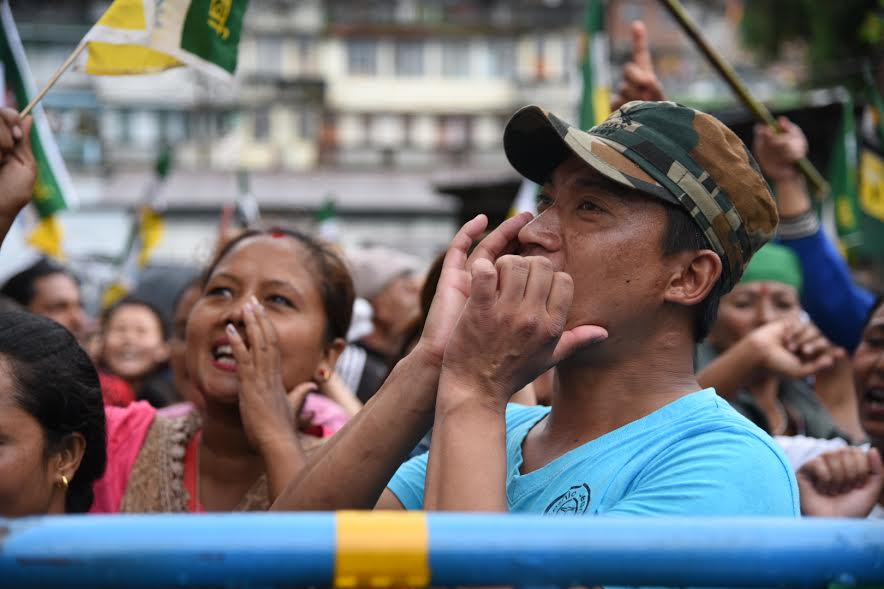 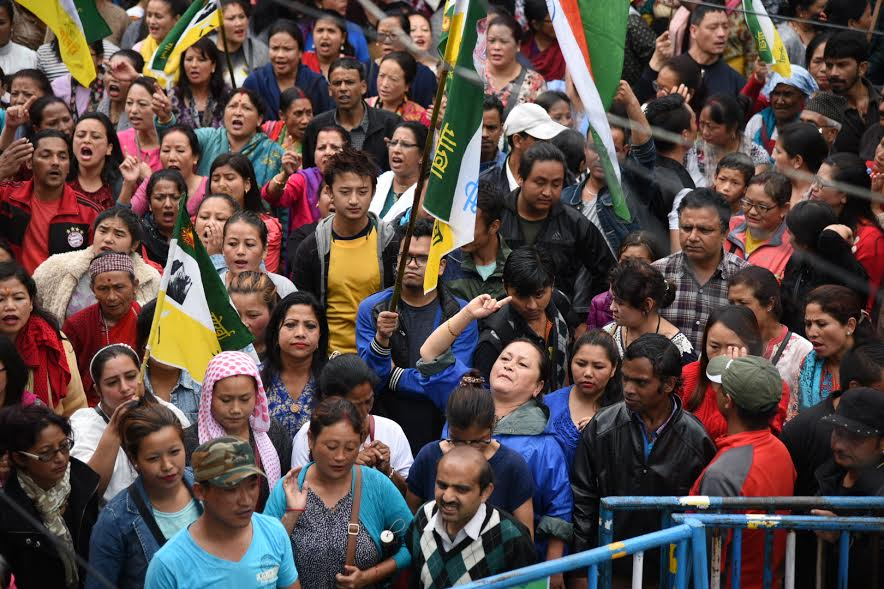 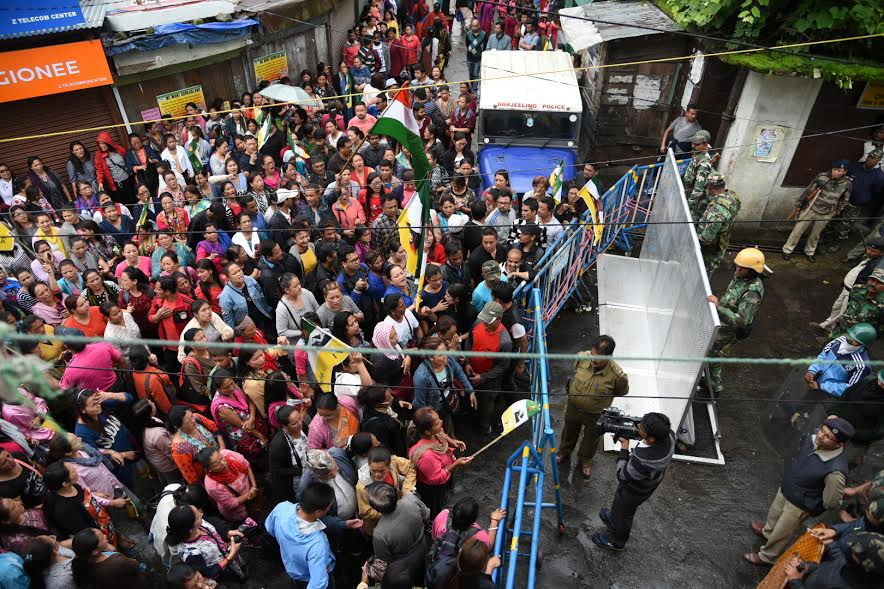 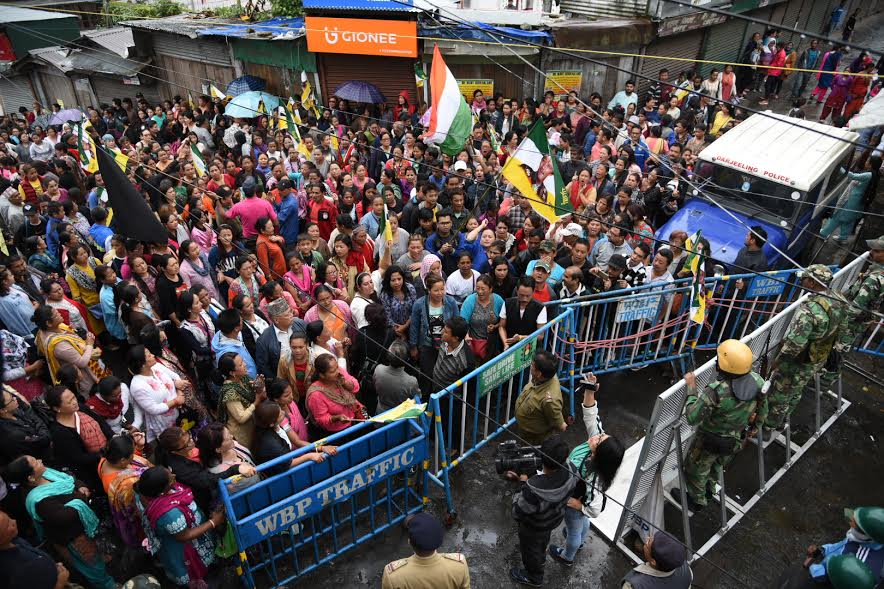 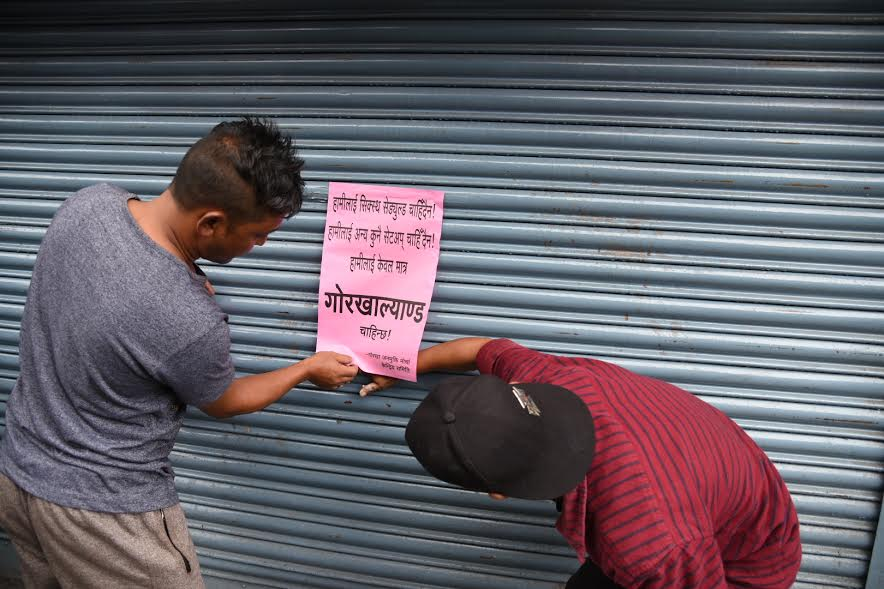 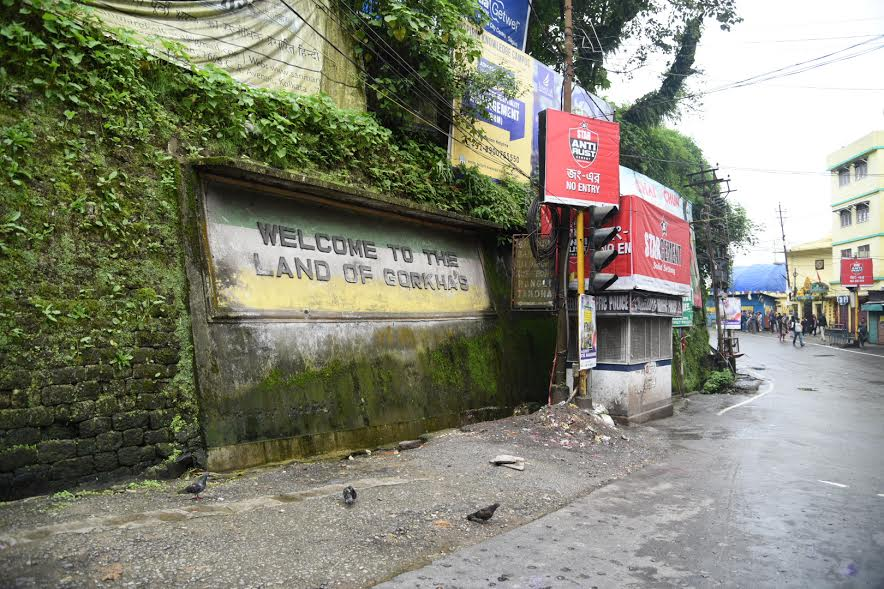 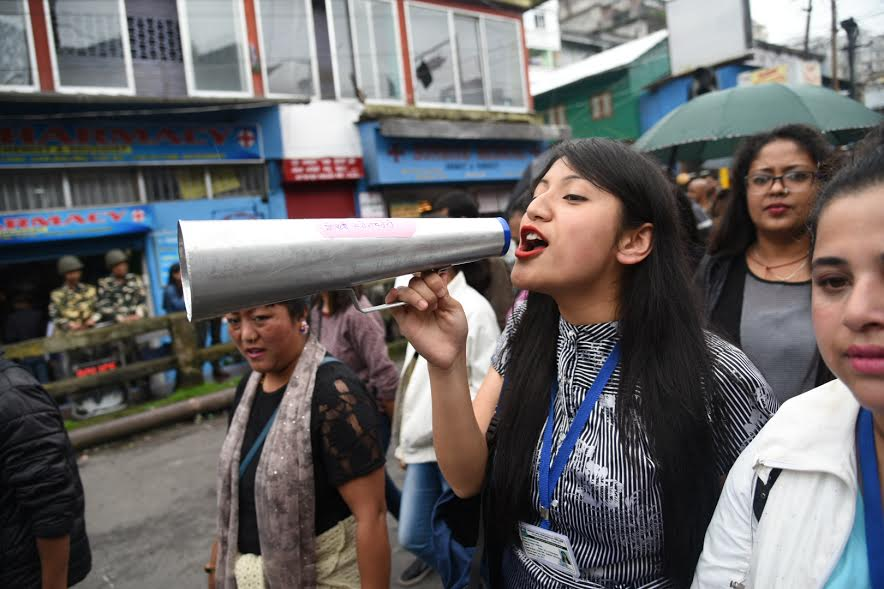 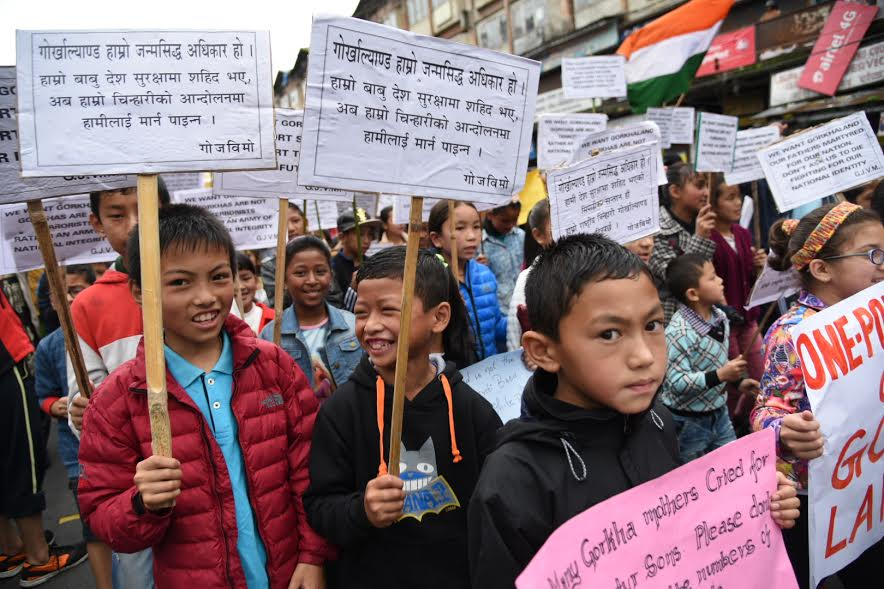 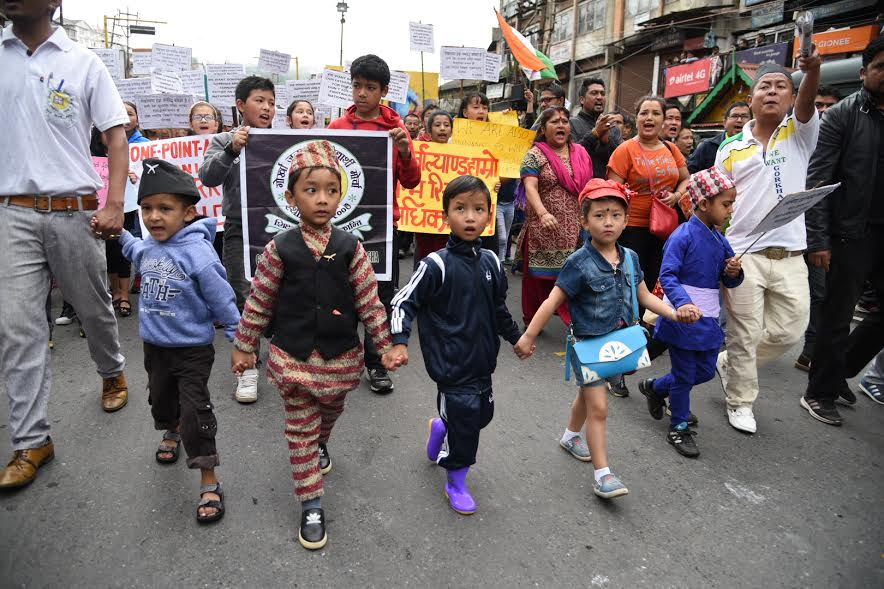 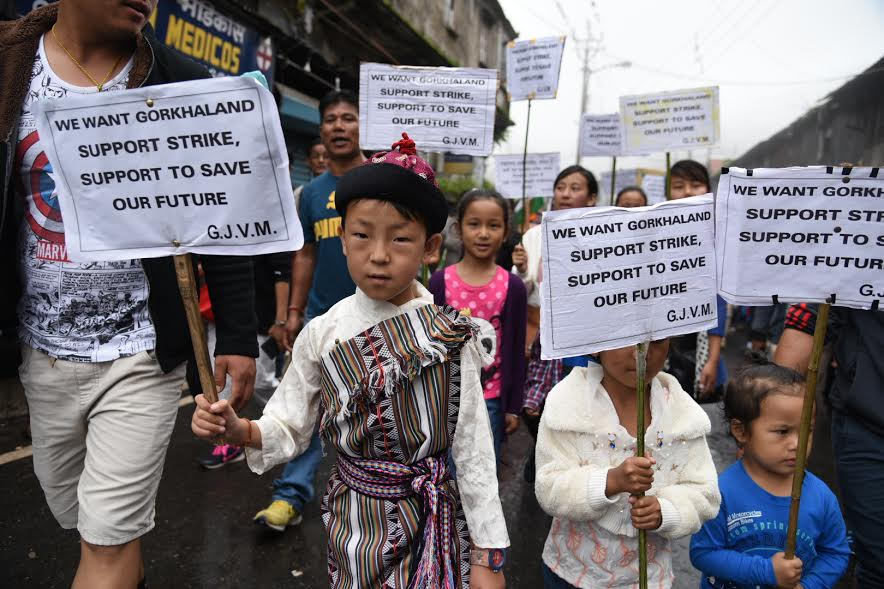 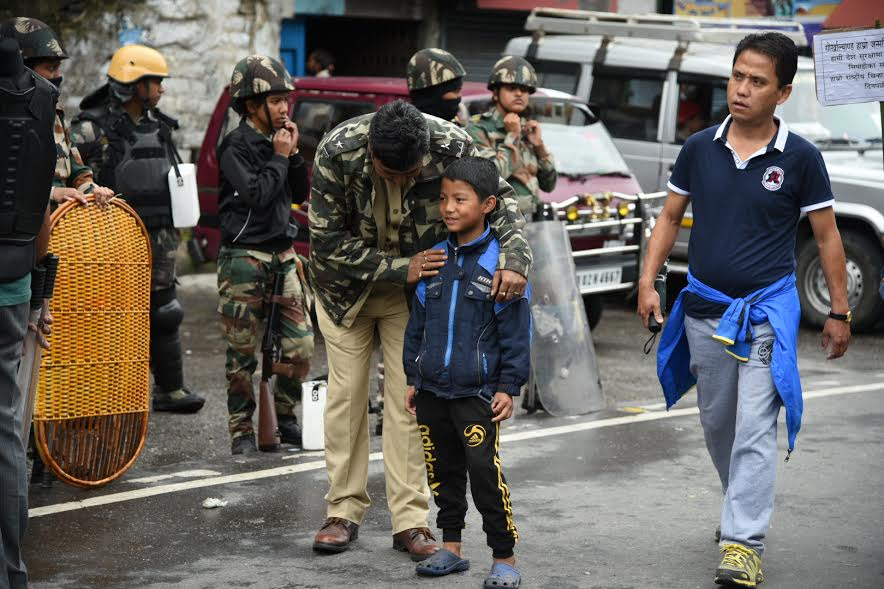 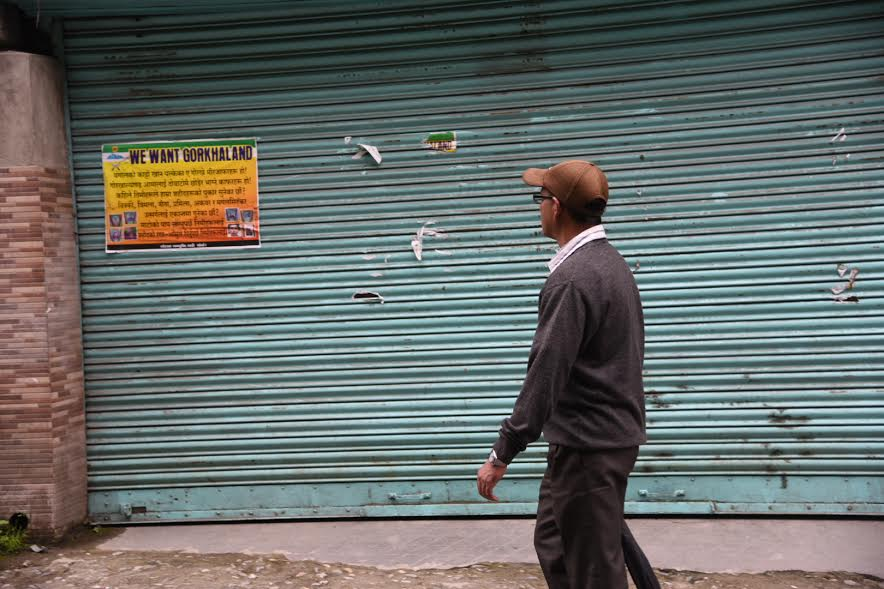 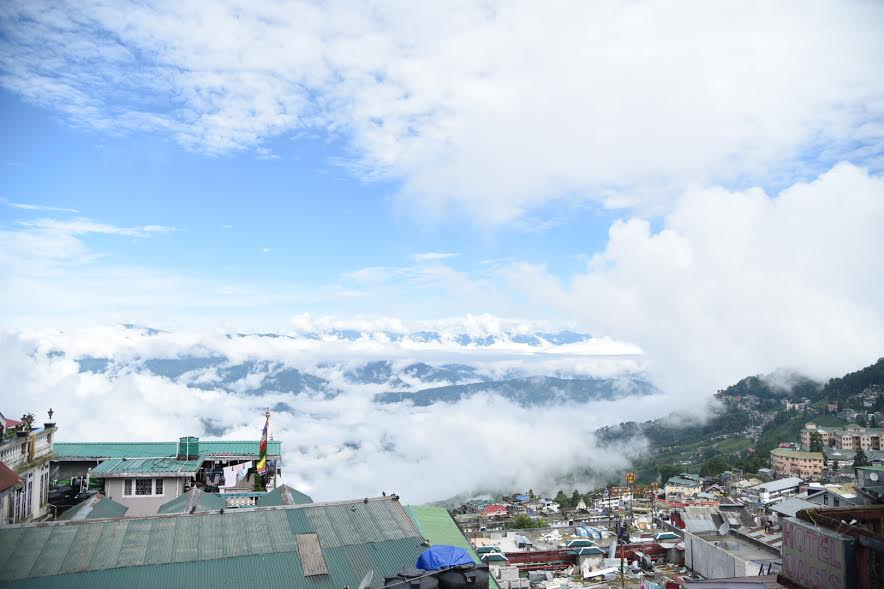 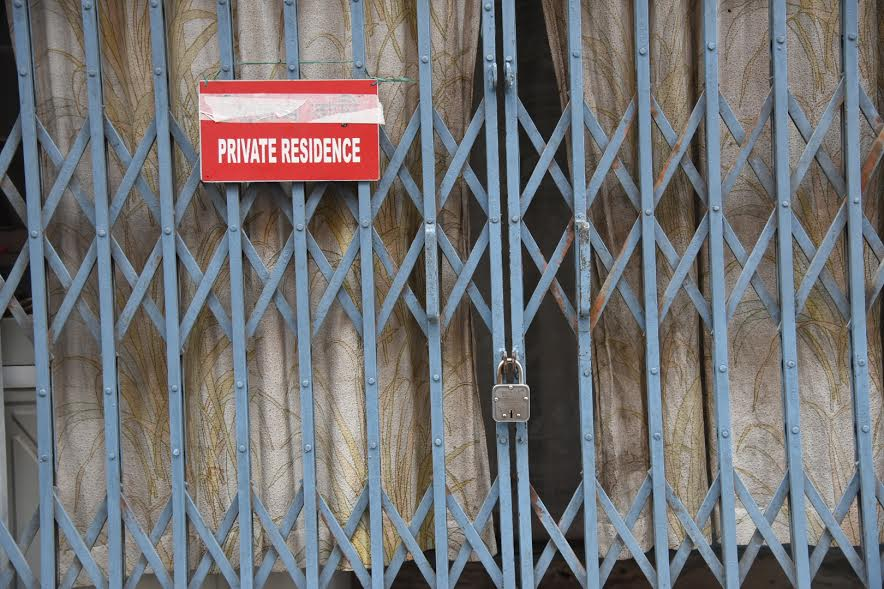 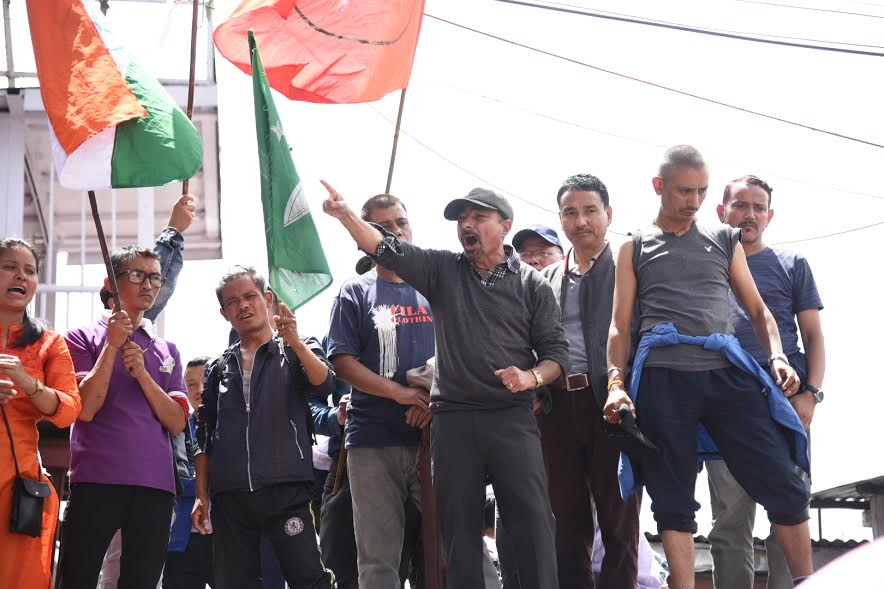 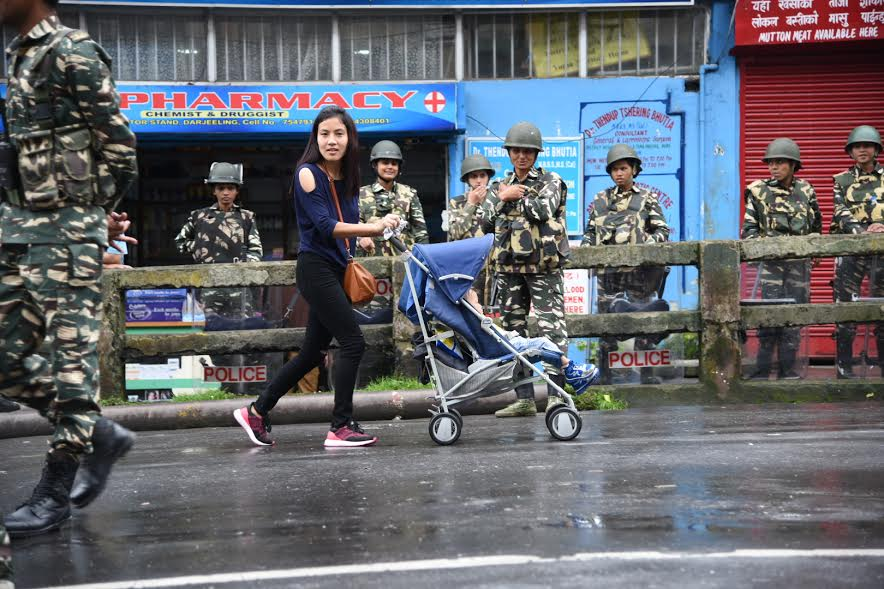 The Citizen Note: Tanmoy Bhaduri is a photographer and has also with his story as told to The Citizen sent the following photographs through a rare Internet connection