Sikh Referendum 2020 Is The New Slogan for Punjab

CHANDIGARH: Separatism has raised a decisive head in Punjab, with the reverence for slain leader Jarnail Singh Bhindranwale being turned into a formal movement with Sikhs for Justice, an organisation operating out of Canada, having declared 2020 as the year for a referendum for a separate Sikh nation.

Sikhs for Justice, who have been venerating Bhindranwale for decades now, have launched a virtual blitz on the social media for the 2020 referendum as they call it. Posters call upon the Punjab police not to follow instructions from Chief Minister Amarinder Singh. In other words to mutiny. Hoadings appeared in different Punjab cities calling for Punjab Independence, and announcing the so called 2020 referendum in Barnala and Patiala amongst other cities.

CM Singh, after an initial silence, has directed the Punjab police to approach Interpol for the arrest of three pro-Khalistan leaders currently seen as spearheading the movement that seems to have acquired new impetus in recent months. Not just abroad, but within Punjab where the influential Sikh Gurudwara Prabhandak Committee has recently decided to allow the photographs of Bhindranwale and others killed with him during Operation Bluestar to be displayed at the memorial inside the Darbar Sahib at the Golden Temple in Amritsar. 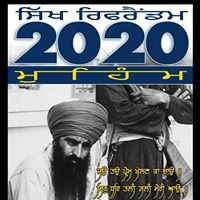 This is certainly a first, as for the past few years Bhindranwale photographs and other memorabilia was being sold outside gurudwara’s, along with cassettes of his speeches and other such related events. Now a photograph of Bhindranwale, a ‘terrorist’ in government records and the head of the Khalistan separatist movement, will be placed in the memorial gallery along with others who advised and helped him during those turbulent few years that came to an end with Operation Bluestar.

The SGPC decision---and in Punjab such issues are not a coincidence---comes with the call for a referendum in 2020 in what seems to be a carefully orchestrated build up of separatist icons, and ideology in the border state again. Sikh youth in BhindranwaleT-shirts, slogans for him and separatism, badges, secessionist literature have provided the backdrop for what is now a clearly defined step foward in which the SGPC has taken a clear cut stand insofar as Bhindrawale and the ideology he represented is concerned.

Singifnicantly, the Akali Dal that has been in government with the BJP till the Assembly elections this year, has also been supportive of the Dal Khalsa activities in Punjab whereby Bhindranwale and his colleagues at the time are venerated. The police and security forces are out in full strength every year when the anniversary of Operation Bluestar is observed with separatist slogans, but at the same time the Akali Dal members have participated in such meetings with the youth in particular taking a lead at times. The crowds have increased with the Damdami Taksal that Bhindranwale headed, attracting the youth and the old in large numbers. 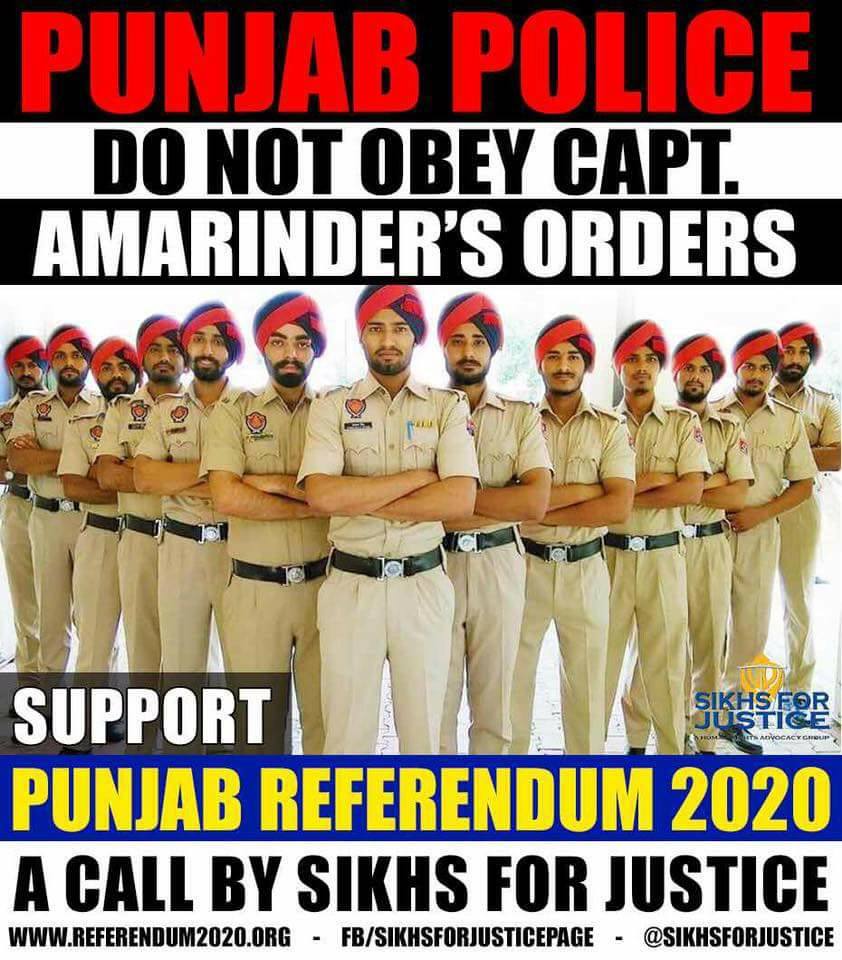 And yet there is no mass hysteria from the state, as seen in Jammu and Kashmir. The instructions out are clearly of ‘no confrontation’ and so far ---except in 2015 when the two sides clashed---most such events commemorating the separatist leaders have gone by peacefully.

There are some differences between the various groups within and outside Punjab wedded to a separate state, but most are working along predictable lines. The Dal Khalsa, based in Amritsar is currently focusing on the 36 year old hijacking case where it is fighting the legal battle for the Sikh hijackers Satnam Singh and Tejinderpal Singh who are facing fresh sedition charges now. Significantly CM Amarinder Singh offered to help with the legal aid that Dal Khalsa has decided, but with thanks. The Delhi Sikh Gurudwara Management Committee is paying the legal fees.

Dal Khalsa spokesperson Party spokesperson Kanwar Pal Singh said they were grateful to DSGMC for providing the legal assistance to both. He also thanked Damdami Taksal for slamming Delhi police for filing supplementary charge-sheet and framing charges under sedition afresh. Similarly, as per media reports he acknowledged “ the statement of Shiromani Akali Dal (Amritsar) ridiculing the (Indian) state for heaping injustice on both the Sikhs.”

The memorial gallery in the Golden Temple already carries the photographs of the two assailants of former Prime Minister Indira Gandhi.