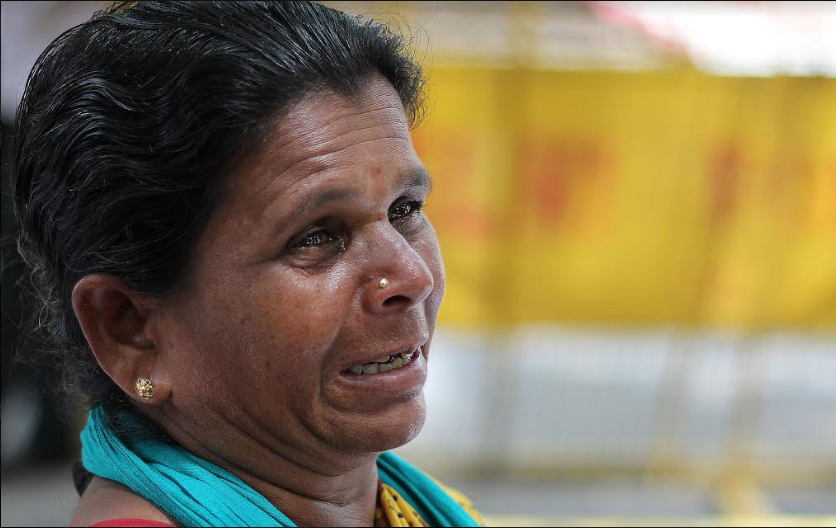 Rani, whose husband committed suicide is in tears

Rani is a 55 year old widow sitting in the protest at Jantar Manter in New Delhi. Her husband Radhakrishanan, a farmer from the village of Kalukundi from South India committed suicide in 2006, after threatened by the bank authorities for not repaying his loan amount.

“My husband had taken a loan of Rs 80,000 from the Indian Over Seas bank and could not repay our loan because of drought. The bank manager came to our house and threatened to take our house. The very next day my husband consumed poison outside the bank and died,” she said. 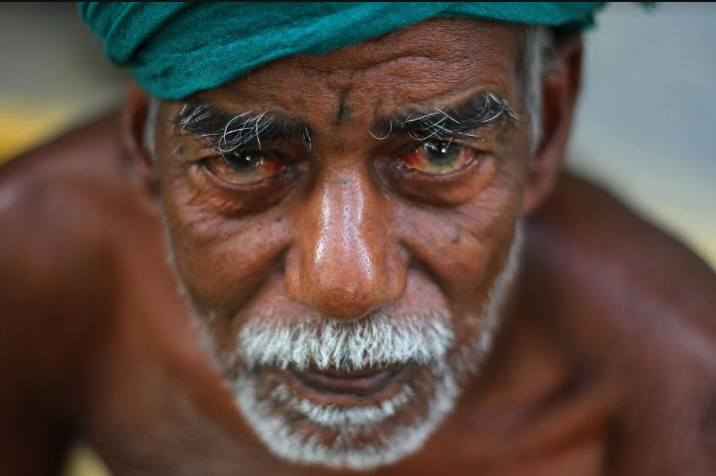 Karthikeyan, feels that farmers are worse off than beggars. 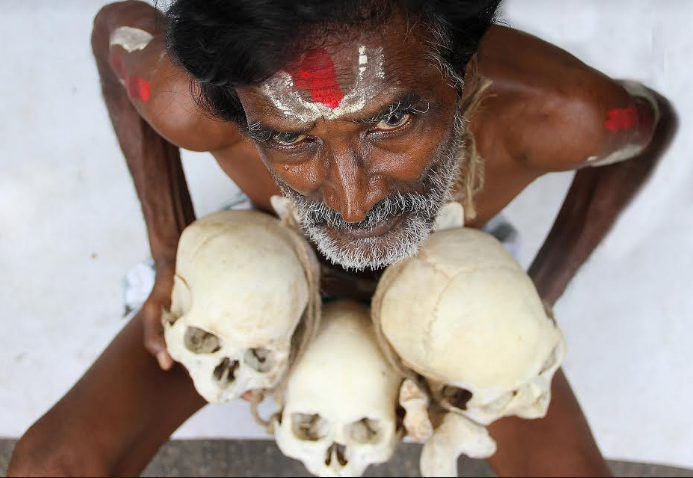 Murugan, has taken a loan from the bank and is not able to repay. He is part of the protest and wants the government to respond.

Rani is one among two female protesters who have come from Tamil Nadu to protest against the ruling government for not fulfilling the promises they made during the campaign for the 2014 Parliment elections. These promises include a profitable price for agricultural products that was personally promised by Prime Minister Narendra Modi himself during the poll campaign.

Radhakrishanan isone of the thousands of farmers who killed himself as he could not cope with the pressures and the debt. The National Crime Records Bureau’s latest farmer-suicides data reveal that on an average in India, a farmer commits suicide every hour. The Tamil Nadu farmers have returned to Delhi for the second time.

Ayyakkannu, made it clear that they are not going to end the protest till their demands like profitable price, implementation of National Water ways project, loan waver and individual farmer insurance and monthly pension to the farmers above 60 years are met. He believes in Gandhi’s non violence. the Gandhian way of non-violent agitation to influence the government. Accusing the Bharatiya Janata Party government of letting the corporate groups of India take the control of the markets Ayyakkannu said that Indian corporates are behaving like the East Indian Company and Importing food items from other countries with high profit.

“We will not allow the business corporates to become like East India Company and occupy the country. We will protest in a non-violent manner like Mahatma Gandhi did against the British rule till all our demands are met” Ayyakannu said in an interview with The Citizen. He said that the protest will grow, and over one lakh farmers will be participating in this struggle for justice over the coming days.

“Many people tell us why are we protesting here in Delhi, I tell them that all the demands we have put in front of the government can only be solved by the central government. as a mark of protestw we removed our dhoties and lungies (men's garments ).We are in our langotes (traditional underwear) now and we would like to tell Prime Minister of India Narendra Modi don’t force us to take these off as well”. 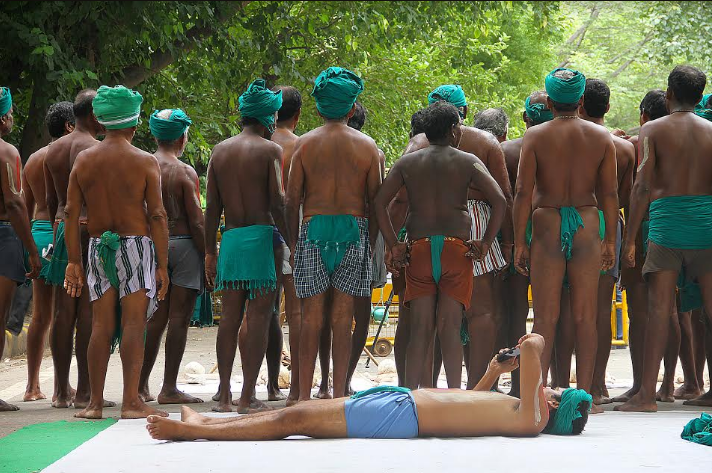 More than 100 farmers from the state of Tamil Nadu are protesting at Janter Manter New Delhi to get their demands met by the BJP government. 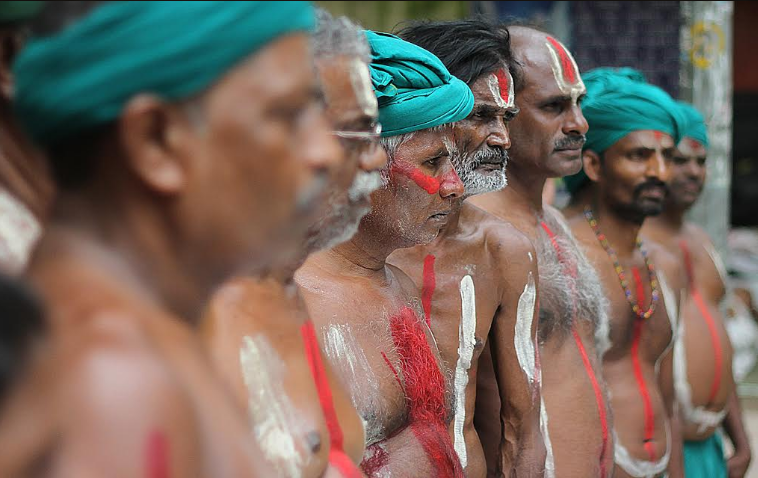 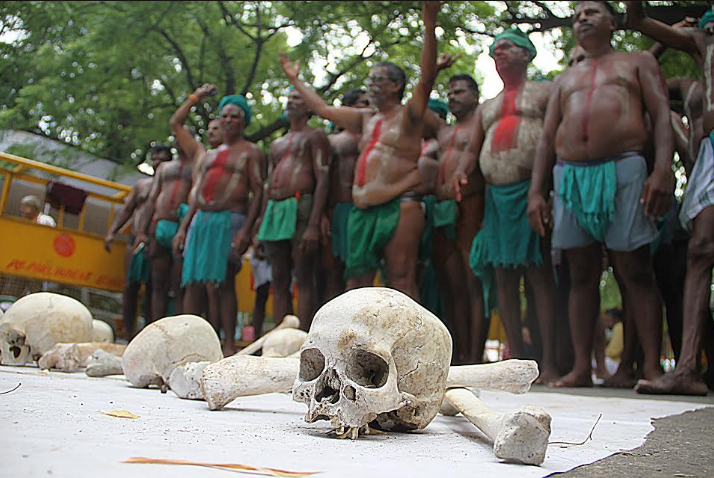 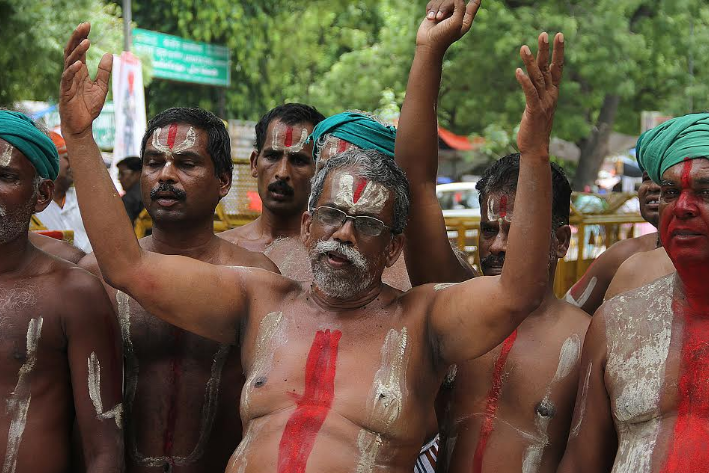 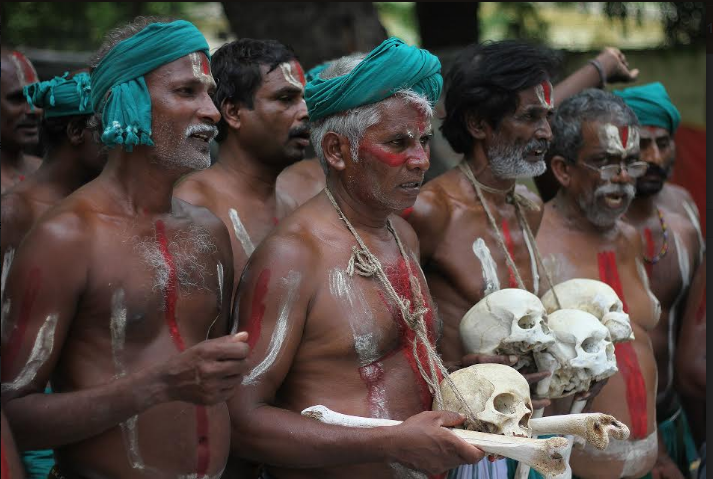 Farmers have come with the skulls of those who committed suicide