NEW DELHI: Rapist Gurmeet Ram Rahim Singh has been given twenty years in jail. The court ruling came amidst war like conditions in Haryana, Chandigarh, Punjab and Section 144 in Delhi with 9000 security personnel on the roads, flag marches by the Army, internet and mobile services suspended in a bid to ensure that the violence following the ‘guilty’ verdict was not repeated.

Singh has been finally brought to justice by the determined efforts of two women who were raped by him for several years and did not give up despite the threats, and aggressive harassment.

In the midst of the drama that has dogged India for the past few days, with international headlines speaking of a rapist holding India to ransom, a well heeled lady with a Louis Vitton bag actually raised more eyebrows and interest, than rapist Gurmeet Singh himself. Well almost. She made an appearance on the day when he was convicted of rape by the court, clambered on to the helicopter that had been brought to fly him out to Rohtak jail and made it apparent that she was not prepared to leave his side. 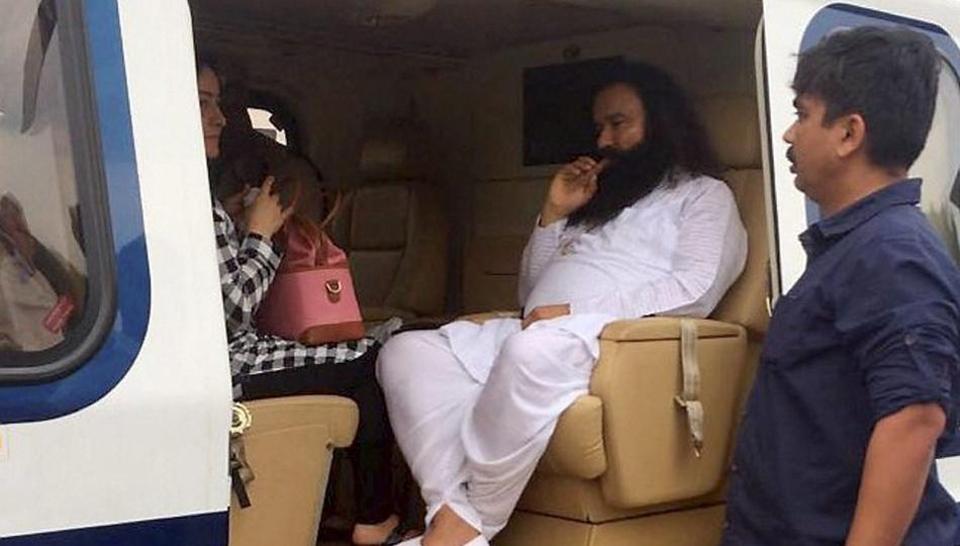 The Haryana police know her well, having seen this “Papa’s Pari” several times in the past with Singh and Haryana VIPs. But for the media and most others she was unknown, a ‘vision’ clad in designer apparel, who did not leave Singh’s side. Both aling to the CBI court for permission to allow her to stay with him in the Rohtak jail cell.

The perplexed judge washed his hands off this affair, rejecting the petition, The CBI court said it was not for it to determine whether he could keep a companion in jail or not. And that this was for the jail administration or the government to determine. The excuse of course was that the designer labels lady was an acupuncture expert and needed to give the rapist relief from backaches and migraines.

Once the court threw out the petition the duo turned their attention to the officials. This was more familiar territory, as both according to accounts shouted at the quivering cops and jail officials, insisting that they would be sacked if the lady was not allowed to stay with him. By this time her identity was known to even the ignorant, Honeypreet, the “adopted” daughter of Singh. So adopted that her husband had divorced her a few years ago, in 2011, alleging an illicit relationship between her and Singh with whom she has been with since. She calls herself Papa’s Pari and runs a facebook page with five lakh lives, devoted to Papa in all his moods and avatars. 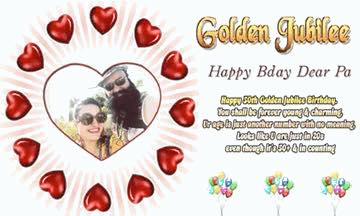 Singh fought hard to get the ‘daughter’ into his cell. He created a sufficient aggressive scene to totally bewilder the jail authorities who let him and the ‘pari’ stay together in air conditioned comfort until finally they got the political clearance to separate them. Honeypreet to push her luck further made calls to Delhi and Chandigarh to spend the night with her ‘father’ but unfortunately, given the swell of public response, no one in any position was willing to sign off on this.

Honeypreets Facebook Page is revealing. 1967-2017 still Awesome at 50! Happy Incarnation Month to my ageless @Gurmeetramrahim Pa, warehouse of beauty &energy! #50YearsOfBenevolence with any number of photographs and videos, all getting thousands of ‘likes’.

For the last three days, the Haryana police has been on the receiving end. First, given their Chief Minister and senior Ministers close proximity to the rapist the cops did not know how to ensure law and order. More so as the political instructions, according to sources, were not to stop the devotees from gathering at Panchkula and elsewhere in anticipation of the verdict. Sources claimed that Singh was almost certain that the ruling would favour him, and even after being declared guilty, was visibly hopeful that the quantum of punishment would be mild.

This, the sources said, was the reason behind his show of confidence when he was being taken to the jail, the insistence that Honeypreet spend the night with him in the cell, and the threat that dissenting jail officials would be ‘suspended’ or sacked. He clearly did not expect a long haul in prison.

Honeypreet wielded authority next to Gurmeet Singh in the Dera. What now as this clearly is the end for the Messenger of God.