NEW DELHI: A young man, Munfaid from Nuh district, Khandkhadi village was found dead. On this both the police and the family agree. The First Investigation Report was filed 10.30 am on September 16 by a policeman of Haryana’s increasingly dreaded CIA, crime investigation branch, who said that he found an injured man in a white pickup truck on an abandoned under repair road. But by the time he took the youth to the hospital the FIR said, the youth was declared dead. Till this point there was no identification of the body. The family’s version is entirely different. Munfaid’s distraught father, Islam filed a FIR (Number 358) at about 330pm under Section 302 and other charges. This complaint said that on September 15 evening his son told him and his father-in-law that he was called to the police station by four men of the CID ---Satish, Vikrant, Siddharth, Shakti Singh. The policemen reportedly told him that they will close all the false cases against him if he did some work for them. To escape the daily harassment, the family, according to Islam told the youth to go to the police station and cooperate. The next day the father said he got to know his son had been killed, and they went to the morgue where they identified his body.

Citizens Against Hate, a loose body of activists, lawyers and others has been following this case for the past 24 hours. Initial reports suggest that the police were not willing to register the fathers FIR. It was only after protest by the local people that this has been recorded and the body sent for postmortem. Arrangements were to have been made to video conference the postmortem but the details are still awaited.

This, local activists insist, is one of many such incidents being reported from the Mewat and Nuh belt with a sizeable Muslim population. The Congress and other political parties are silent and indifferent allowing the police impunity. The Citizens Against Hate have prepared a fact finding report into the alleged encounters as claimed by the families, that the activists said actually came out of another study they had undertaken on cow mobs and lynchings.

The report to be released soon has recorded instances of 10-15 alleged encounters. All that the activists, however, had to go by was the statements of the families all of whom were categorical that their young boys were found dead after they had been picked up, or ‘just disappeared. Locals told the fact finding team that the numbers were much higher but the people were terrified now to talk, and come under further harassment and threat.

Copy of the police FIR with The Citizen is as follows: 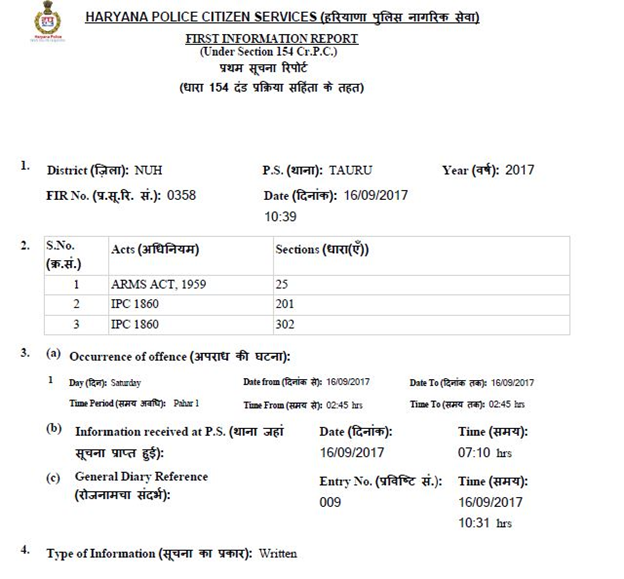 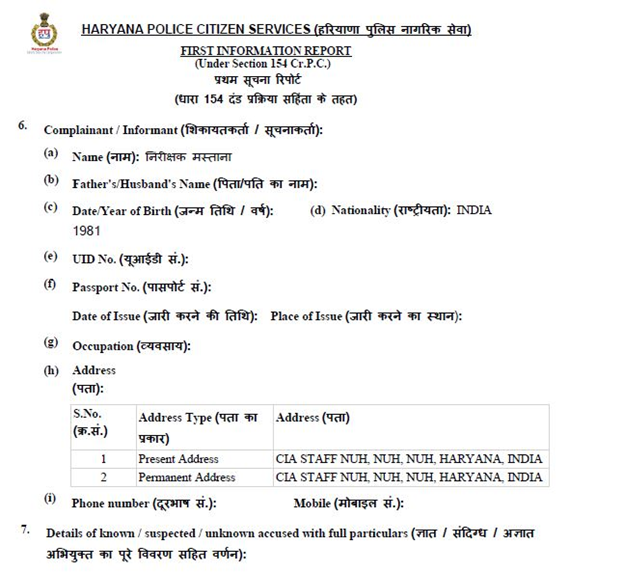 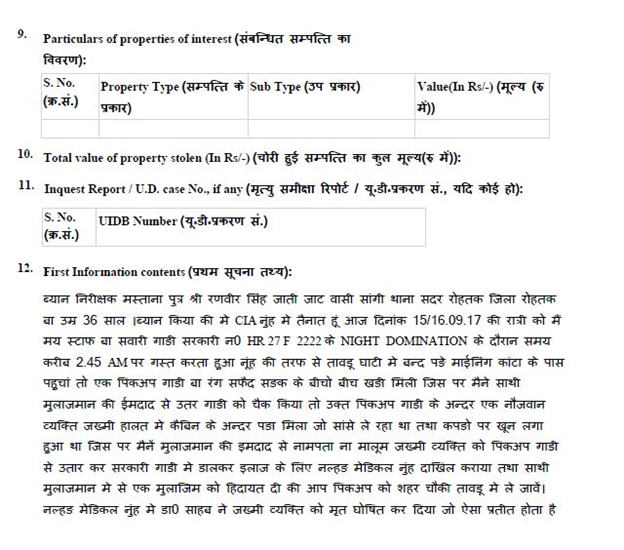 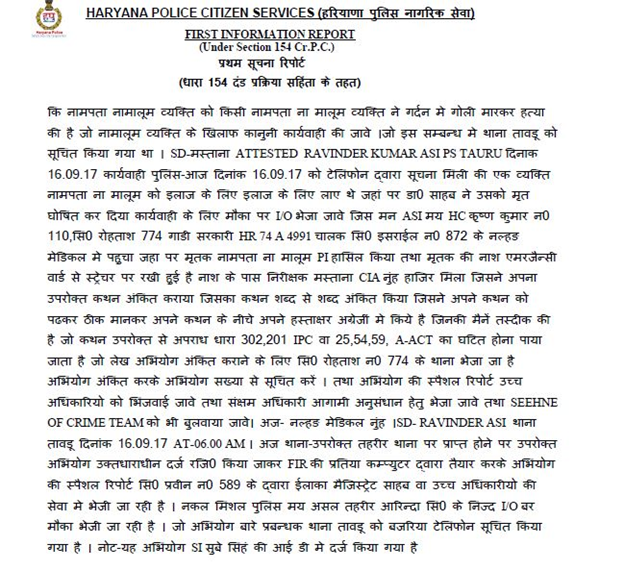