The Forgotten Farmers Of Tamil Nadu: 107 Days of Protest in Delhi and Still Counting

NEW DELHI: The struggle of the debt and drought trapped farmers of Tamil Nadu has entered its 107th day.

The farmers, facing an acute agrarian crisis during which many committed suicide, travelled to Delhi on March 14, optimistic that their voice would be heard. After 41 days they returned to Tamil Nadu on April 23 after Tamil Nadu Chief Minister Edappadi K. Palanisamy met and assured them that their grievances would be addressed within two months.

The 60 days passed with not one demand being met. The farmers returned to Delhi on July 16. Over two months have passed since and except for the police that harasses them on a daily basis, not a single official or politician has visited them.

The farmers who had first come with the skulls of those who had committed suicide because of debts and drought, are still keeping up what caught media attention as a novel protest. In this second phase, in an attempt to demonstrate their desperation, they ate beef, went to Raghat to seek the help of Gandhi to free the farmers from the yoke of debt, clenched rodents between their teeth, ate food from the garbage, sang songs, embraced celibacy, slept on beds of thorns, ate human excreta. 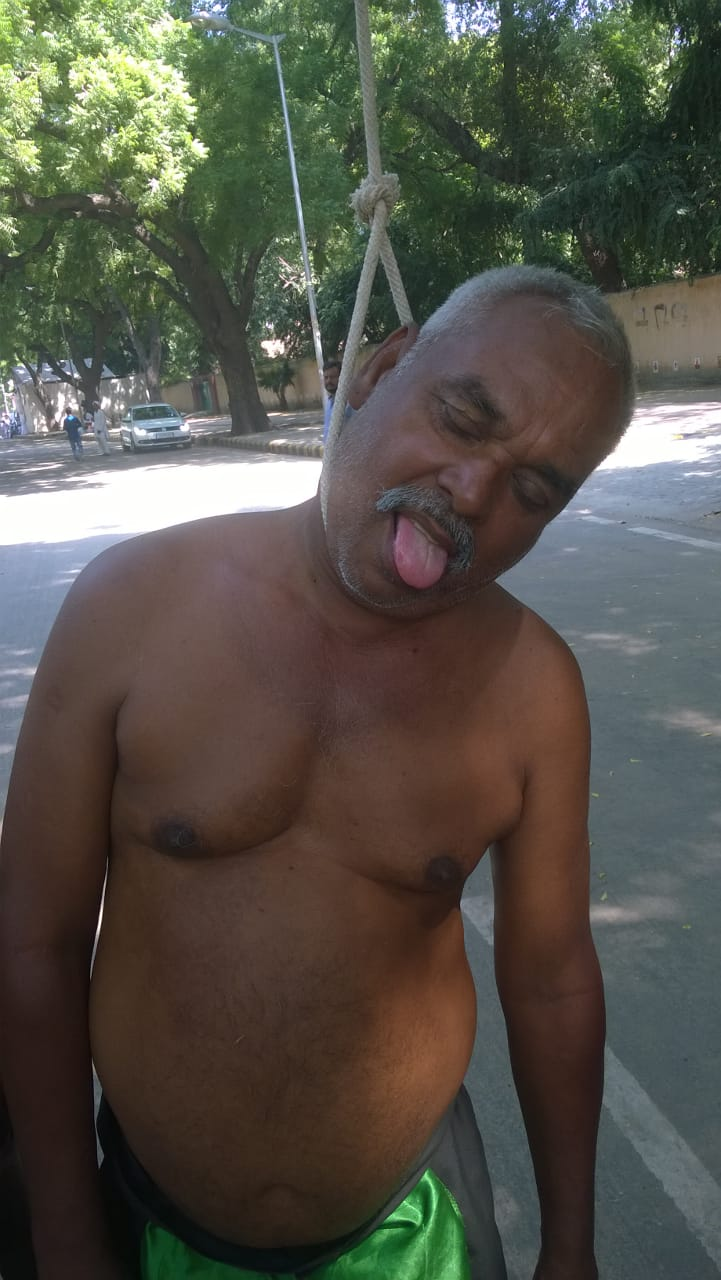 Some part of the protest this time has been directed at Prime Minister Narendra Modi. The farmers performed yagna so that PM Modi would understand their plight, begged on the roads and sent the Rs 6668 they collected to him. On the day of the Prime Minister birthday they performed ‘thoppukaranam’ Aka Super Brain yoga (Holding their ears by crossed hands and squatting and rising up). They shouted in the air, “Please help us” and ‘Save our life” as they performed the motions.

P. AyyaKannu, coordinator of the agitation and President of South Indian Rivers Inter-Linking Farmers Association told The Citizen that “the 141 agitating farmers have been hospitalized for various health reasons so far. Despite our desperate protests, no remedial solutions to our grievances yet. The present government is in favour of corporate sector, not for the farmers. He added in clearly growing desperation, “we shall end our life if our issues are not addressed”. He said, “The ruling ministers, MPs and MLAs of ruling as well as opposition parties cutting across the party lines met us, but nothing has happened in terms of our grievances”.

Ayya Kannu was happy though that their struggle has created awareness and strengthened solidarities resulting in the formation of the All India Kisan Sangarsh Coordination Committee (AIKSCC). This will work for sustainable and honourable living and livelihood of farmers and farm workers. The first and foremost task of AIKSCC is to strengthen and direct the ongoing farmers’ revolt in several parts of the country.

The two core issues such as remunerative prices, freedom from the debt would be the focus of the forum. With these two issues in the fore, AIKSCC is planning a pan-India do or die movement. All India Yatra covering all the states with the inclusion of North-East has begun on August 31 which will end on November 20 with a mass public meeting at the Ram Lila maidan in Delhi on November 20 to coincide with the winter session of Parliament. 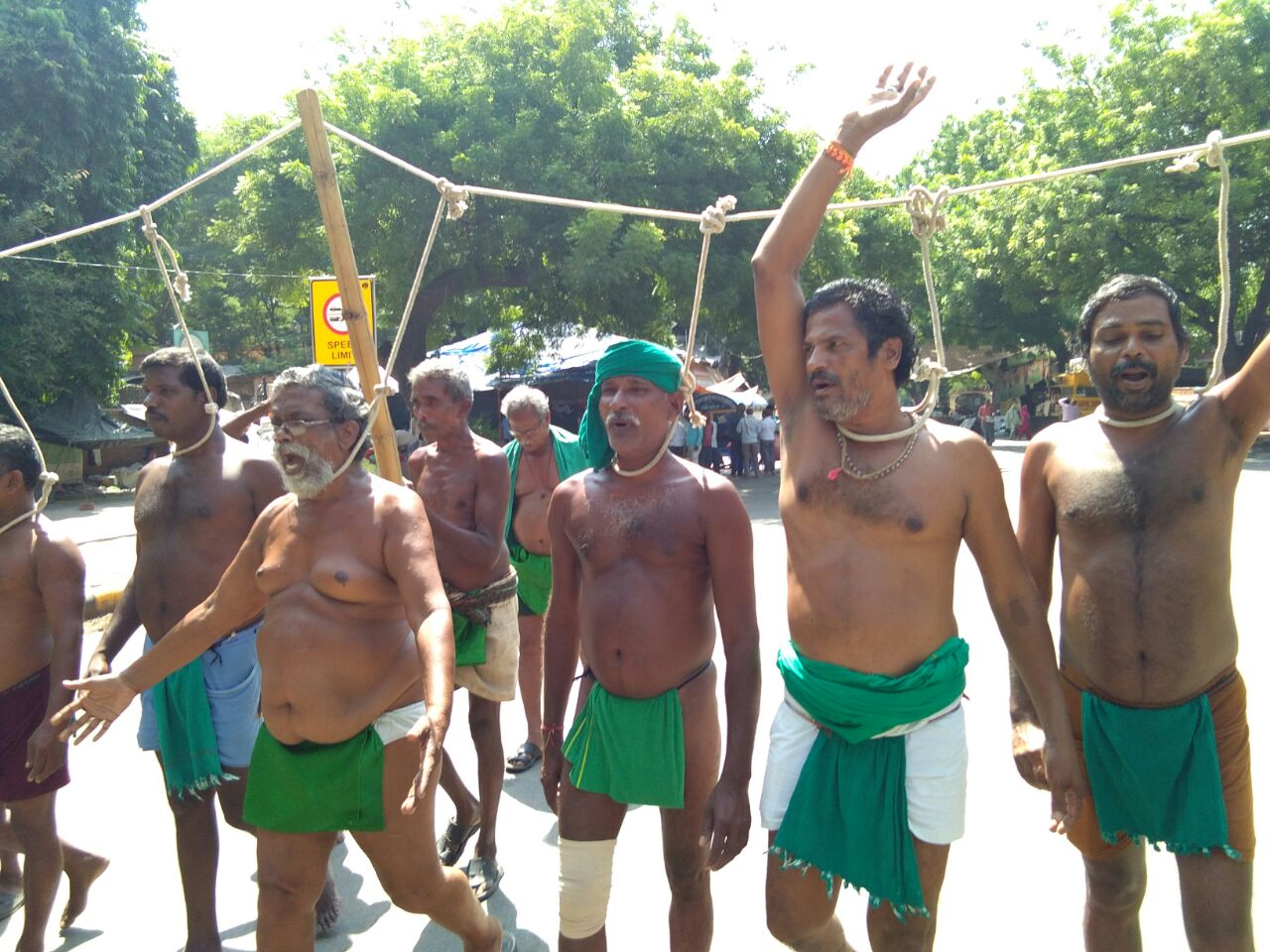 The second Kisan Sansad (Parliament) will be held on November 21 at the protest site at Jantar Mantar where 543 Kisan leaders will sit and discuss the agrarian crisis and possible solutions to increase the pressure on the central and defaulting state governments.