NEW DELHI: We came in all ages, genders, sizes. We came individually, in groups,with banners, with drums, with songs. We carried posters for those who did not have their own. We came with huge hand painted banners of Pablo Neruda’s ‘you can crush the flowers but you cannot stop the spring’ translated in English and in Hindi. We came raising slogans, our fists in the air, singing songs and letting it be known that we will not succumb to fear and hate, that we are one today.

That is why we marched. There was this sense of belonging, of camaraderie that has been growing with every protest, every demonstration, slowly but steadily. We did not even know who really had organised this march. We each thought we had. It was our march..yours and ours. Some of us have become friends through marches, we recognised each other, we smiled, we embraced, and walked together, singing the same songs of hope and a future free of hate and divisiveness.

We came on to Mandi House by car, by foot, in buses, on the metro. We came as students, as intellectuals, as journalists, as activists, as workers, as feminists…

There was a purposefulness in our stride, a lilt in our voices, a lift in our step, as we came to reclaim our space. Our Democracy. We were in a rush, we did not want to wait, and began marching from Mandi House to Jantar Mantar remembering Gauri Lankesh, the rationalists who had died before her, and ourselves, our country without the hate and the anger.

Traffic cops said we should not block the roads. But how can we not when we are so many?

But look at the jam you are creating? Why don’t you divert the traffic as you do for VIP movements.

What if someone dies in an ambulance? We will part like the sea did for Jesus Christ and ensure the ambulance goes through.

But there are laws in this country? Of course that is what we are saying, apply them, get those who killed Gauri Lankesh and all those before and after her. Find the assailants and book them. 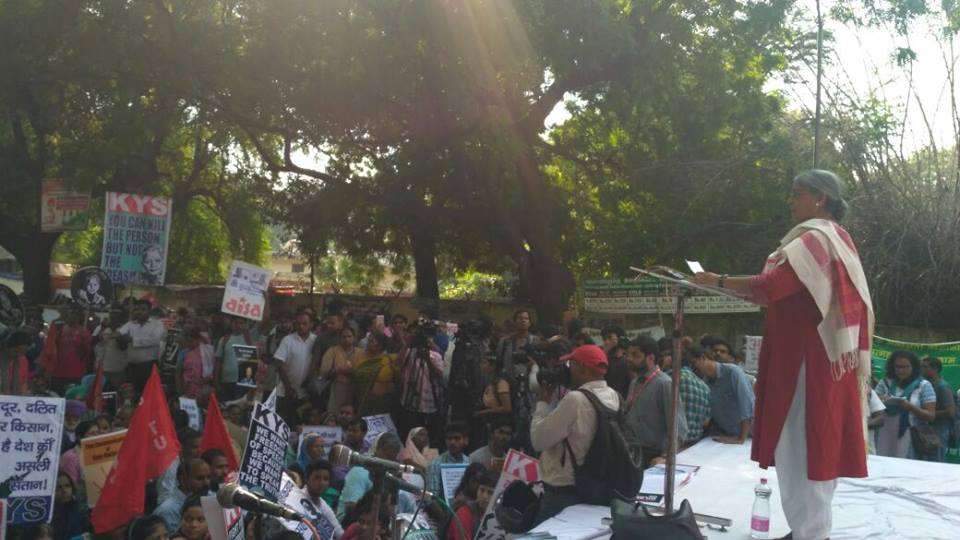 We walked away as even the boorish cops could not spoil her mood. But yes, we did ponder why were we marching. For justice for Gauri Lankesh, for Bhowmick, for the rationalists….. But for much much more, rising from what they stood for, from the reasons why their lives had been snuffed out, and from our Idea of India….

Without discussing it we, the hundreds and thousands of us who have been on the streets of India, have worked out a common minimum program. We want an India with freedom with rights, with justice, with love, peace, united---all woven together into this rich fabric we call democracy. We do not want political assassinations, we do not want hate crime be it inspired by cow vigilantes, anti-defecation squads, love jihad extremists, and those who advocate war as an ideology instead of peace.

And yes we are all citizens of India, each one of us. Not Pakistanis, not terrorists, not anti-nationals, not secularists, not presstitutes….as we shun these terms of hate. So we marched to protest against the environment where people question our citizenship, caste aspersions just because we challenge their writ, refuse to accept their definitions, and insist on the right to dissent, the freedom to speak. 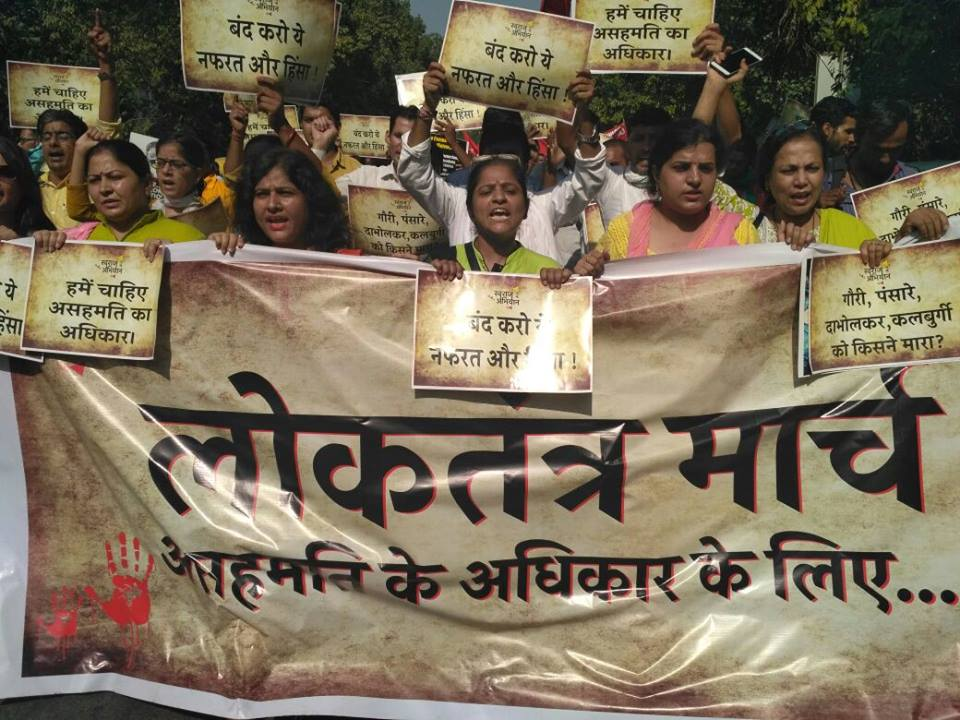 We marched in awareness of having been complicit in creating a system where democracy had meaning for the few and not the many, where the poor and the marginalised were not allowed to develop a stake in democracy by a denial of their rights; and we marched to resolve ‘no more’ will we allow this discrimination to continue.

We marched to let the government know that we will not be exploited, we will not allow exploitation; that we endorse the truth and not the lie; that we have had enough of your trolls, your abuse, your death threats, your violence.

We marched to tell you we are one, united, citizens...and not brahmins or dalits, hindus or muslims.

We marched to let it be known that we will stand by our weakest and most marginalised Dalit citizens; we will speak up for our Muslim and minorities; and together we will bring that spring, that the cutting of flowers will not be able to subdue. 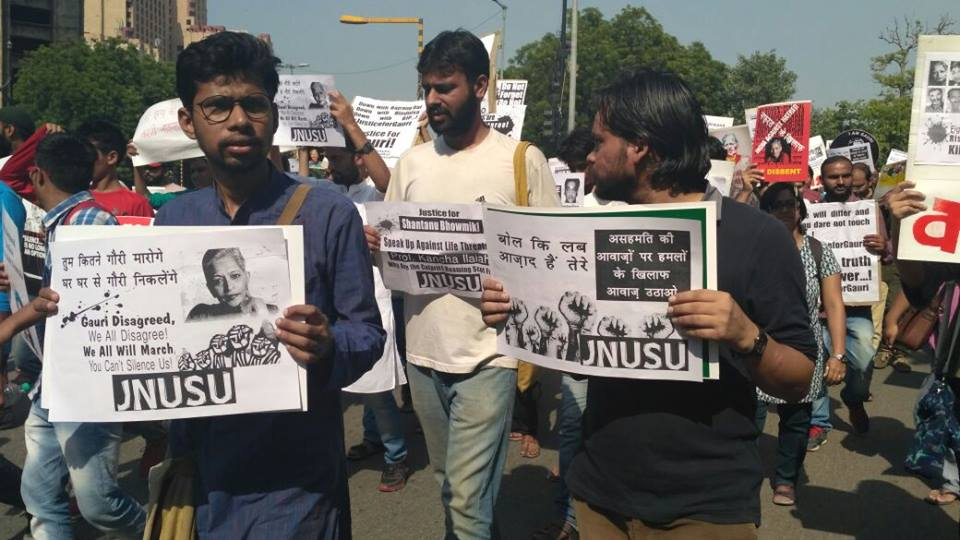 We remember Gauri Lankesh, a journalist, an activist, a woman, a daughter who was killed outside her own home. By assassins who might never be caught. But that will not stop our struggle for justice, for democracy, and we will continue to march until we succeed.

We will be the change that you will soon see.