Why Is PM Modi Fearful of Facing Parliament?

Is PM Modi worried about the margin of victory in Gujarat?

NEW DELHI: Win or lose, Gujarat is certainly giving the BJP cause for worry. Not used to a robust opposition in his home state, Prime Minister Narendra Modi is worried about the margin of victory with the party president Amit Shah launching a house to house campaign in the state. As NCP leader D.P.Tripathi, laughing derisively, told The Citizen, “the question to be asked is why has the national president of the ruling party of India felt the need to go from house to house in Gujarat?”

Economy has become a major worry for PM Modi and the government given the huge rallies in Gujarat against GST, and the now visible adverse impact of demonetisation on small industry. The government, in the first instance, tried to address this issue with the Election Commission postponing the announcement of the elections in Gujarat, even though the same was announced for Himachal Pradesh. The CEC received considerable flak with the Opposition openly alleging that this had been done to give the PM time to announce sops for the Gujarat voters during his visits there.

PM Modi did not disappoint the opposition and a large number of GST and economic sops were announced, many of them addressing the Gujarat traders and business community. However, after the elections were declared, and the campaign intensified it has become apparent that the anger over GST and demonetisation in Gujarat has not abated.

The government has sought, thus, to postpone the winter session of Parliament with the Opposition again accusing it of not adhering to the well established schedule. There has been total silence from the government on this so far, creating uncertainty and confusion about the schedule. This, Opposition leaders point out, comes from a concern about Parliament showcasing a united opposition on the economy that the BJP fears will have an anti- impact on the Gujarat voters.

The Opposition is prepared to pigeonhole the government on GST and demonetisation in this Parliament session, with an eye on the Gujarat polls. Even in the ruling NDA, the Shiv Sena will join the Opposition on this issue with the Akali Dal and the Telugu Desam expected at best to remain silent bystanders. The allies are not expected to defend the BJP in Parliament, leading the ruling party to seriously consider the possibility of delaying the session. The BJP is finding itself fairly isolated on these two burning issues of the economy, and is worried about the signals sent out from Parliament to the Gujarat voters while the campaign is on.

Three regional parties not with the Congress, Biju Janata Dal, AIADMK and Telengana Rashtriya Samiti have also not responded categorically to BJP overtures on this issue. BJP party managers are not certain what stand these regional parties will take on the economic issues. AIADMK is a divided house, prompting PM Modi to visit ageing DMK patriarch M.Karunanidhi in a bid to mend fences recently.

Finding no takers, in either Parliament or in Gujarat for its two highly propagated economic measures, the BJP under the watch of PM Modi and Shah has started communalising the campaign. The shamshan ghat versus kabristan statement by PM Modi in Uttar Pradesh is now echoing in Gujarat with the new posters of Ram vs Haj carrying the initials of Hardik Patel, Alpesh Thakor and Jignesh Mevani as the Haj acronym. This has registered a public start to the campaign of communalisation that has been under wraps to some extent till now.

However, the BJP has lost its grip on the social media with the Congress and the young brigade of Mevani, Patel and Thakor in complete control. The Ram posters were almost immediately countered with Ravana posters, with the vikas campaign that spread like wildfire ridiculing the BJP that was visibly nervous under the impact. 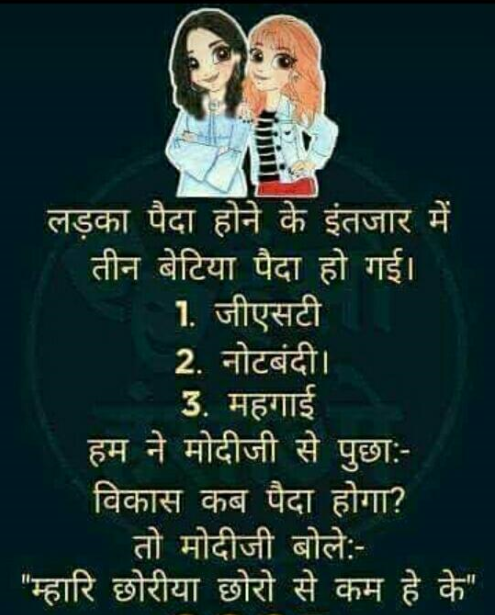 Opposition leaders point out that the BJP has become defensive, and does not stand to gain whether it holds or does not hold the Parliament session. “If they do then we will make the economy an issue for Gujarat, and if they do not then we will take it to the streets of the state to convince people that the party is worried and not prepared to address GST and demonetisation,” a senior leader said.

This is the first time that the Congress that has been out of power for 22 years in Gujarat is showing some teeth as it were, with the party using the social media, and an aggressive campaign to hit the BJP on the economy. The focus is on GST, demonetisation with the Prime Minister himself difficult to counter this with new arguments. Sardar Patel and Narmada figure in his speeches, with even the bullet train ridiculed thoroughly on the social media with humour and memes, not working as citable achievement.