NEW DELHI: The decision of the Yogi Adityanath government to deny bail to Bhim Army leader Chandrasehkhar and two others arrested with him by slapping the National Security Act on them after the High Court had intervened in their favour has created deep worry among individuals and right organisations. 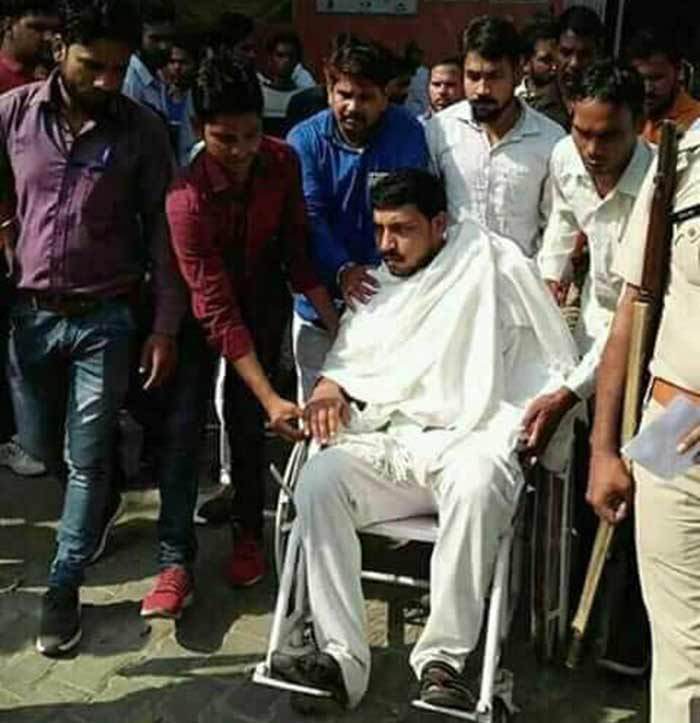 A dynamic young leader who had emerged into the national spotlights for stopping a major communal conflagration in Saharanpur, Chandrashekar went underground, re-emerged to address a mammoth rally in Delhi, and surrendered to the police soon after as cases had been slapped on him by Yogi Adityanath’s police. Dalit Army activists were arrested but most are out on bail except Chandrashekhar, Shiv Kumar and Sonu who have been booked under the National Security Act.

The Dalit army activists have been staging regular protests demanding his release, fearing a conspiracy to kill him in jail. Former police officer S.R.Darapuri has issued several statements expressing concern about deterioratinghealth of Chandrashekhar, publishing before and after photographs to contrast the healthy images of the young leader when he was working for communal amity to the shell that he has become now in police lock up.

The Dalit Shoshan Mukti Manch, has sent a letter to the Chairperson, National Human Rights Commission today, asking him to intervene in the “serious miscarriage of justice and violation of human rights”. The letter recalls the attack on the homes and properties of Dalits in Shabbirpur village, Saharanpur district but instead of moving against the perpetrators of the violence, the UP government had booked the Dalits.

DSMM statement says that “Many dalits including Shiv Kumar (sarpanch, Shabbirpur) have been arrested under very harsh and false charges. Shri Chandrashekhar of the Bhim Army who was not in Shabbirpur or Saharanpur city on the dates that clashes took place was also arrested and serious charges were leveled against him. Just 10 days ago, Chandrashekhar was given bail by the Allahabad HC and the Court opined that the charges against him were political in nature. Most unfortunately, the UP Government immediately brought NSA against Chandrashekhar, Shiv Kumar and Sonu.

In the meantime, Shri Chandrashekhar’s health has deteriorated and he has been admitted in the Meerut District Hospital.”

DSMM has urged upon the NHRC Chairperson to “kindly intervene in the matter. Serious miscarriage of justice and violation of human rights have occurred. We are apprehensive that serious consequences may follow.”

A meeting was held at the Lucknow press club highlighting these concerns. However, there has been no response from the state government with the police under directions to keep the Bhim Army activists scattered, even as the ruling BJP ensures that the leaders are not released.