On The Campaign Trail: In Jignesh Mevani's Vadgam

A multipart series on the Gujarat voter and trends. We travel to Vadgam.

VADGAM: (This is the second article in a multi part series that focuses on the voter in Gujarat. The Citizen examines key trends in the Gujarat Polls, speaking directly to the people)

Vadgam is a small, dusty taluka located about 130 kilometers from Ahmedabad. Its political significance lies in the fact that while most of the state has leaned heavily toward the BJP, Vadgam has remained a Congress stronghold of sorts. The Congress has won three of the four previous assembly elections in this seat, with sitting MLA Manibhai Vaghela winning by 21,000 votes in the last polls.

The constituency’s demographics are worth considering, as of a population of 2.4 lakh (census 2011 figures), Muslims are in majority making up 25.3 percent, and Scheduled Castes are 16.2 percent. In Gujarat, on average, Muslims are about 9 percent of the population and Dalits are at around 7 percent.

This high Muslim-Dalit representation, along with the Congress’ entrenched presence in the area, made Vadgam an ideal choice for Jignesh Mevani -- at least on paper. The Dalit leader, who rose to prominence following the attack on Dalits in Una last year, announced his candidature at a fairly late stage. As late as November 27 -- given that Vadgam goes to polls on December 9 -- Mevani took to Twitter to share that he was contesting as an independent, and appealed to other parties to not field their candidates so that he could enter into a straight fight with the BJP.

The other parties obliged, with the Aam Aadmi Party announcing that it will not put up a candidate in Vadgam, and the Congress going a step further by asking a sitting MLA to not contest. A “straight fight” with the BJP was ensured, and all analysis suggested that Mevani had a solid shot at winning this seat…

This, till we actually drove into Vadgam. We stopped at a small village in the constituency; having driven from Ahmedabad through Mehsana, the village of Majadar in Vadgam was quite a contrast in that development had clearly left this area with the short end of the stick. 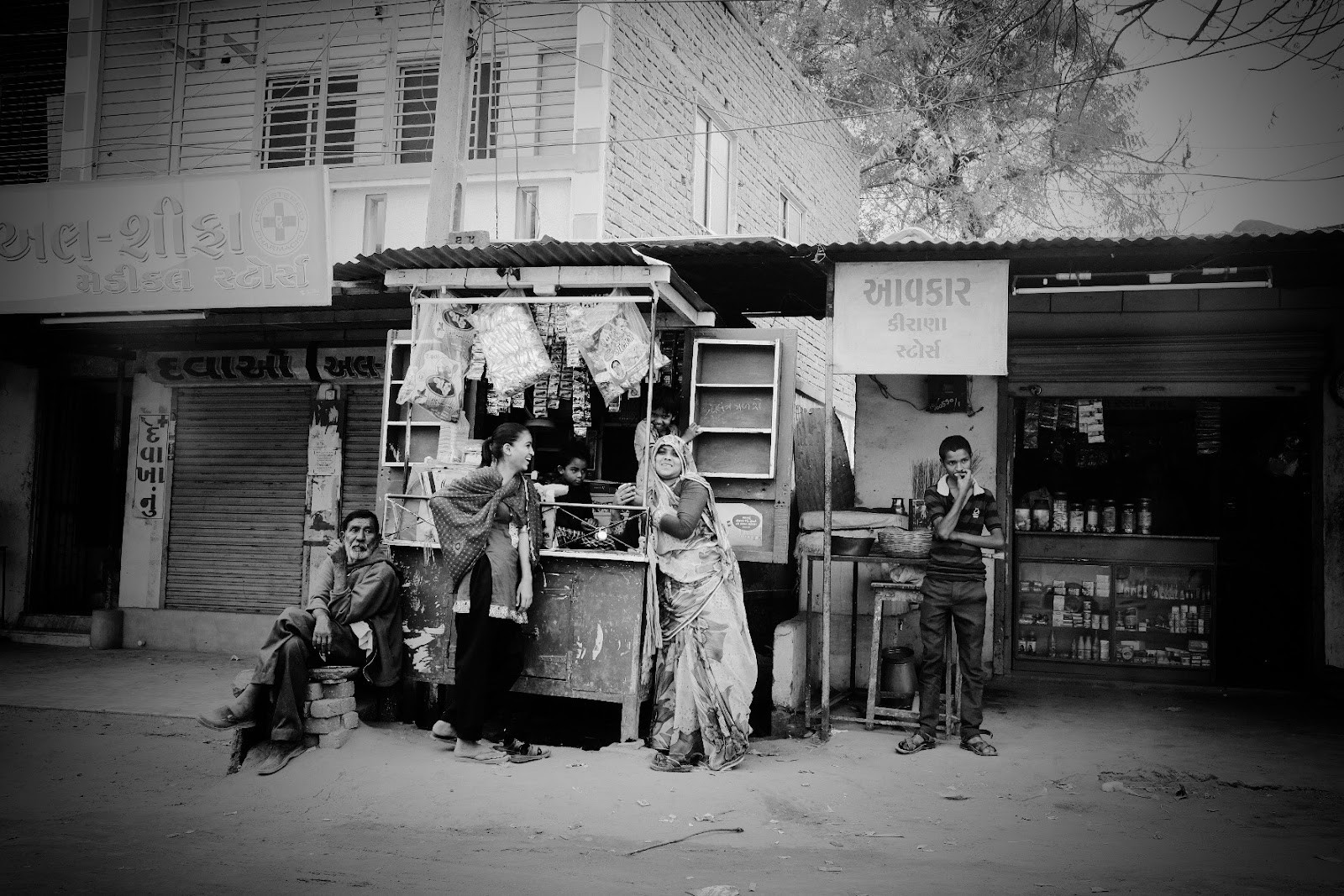 We approached two men sitting on a charpai. “How is the election going?” we asked. “It’s a fight,” said an old man, dressed in white as is often the colour of choice in villages in this part of the world. “It’s a Congress seat,” the man continued. By this time, a large crowd began to gather. “What are the demographics here?” we prod. “All castes,” they said. “Look,” the old man pointed behind him. “That’’s a Brahmdev mandir, and around it live Hindus and Muslims, and all castes.” A younger man then interjected. “Muslims are in majority here, followed by Chaudhary, Dalits and then Thakors.”

“And this is a Congress seat, right?” we ask. “Yes, but the Congress hasn’t fielded a candidate.” “Who is standing against the BJP then?” we prod further, surprised by now that Mevani’s name hasn’t been mentioned even once. “An apaksh (independent) is standing,” a few people in the crowd say. “Mevani?” we offer. “Yes, him” they concede.

“And what are his chances?” we continue. It’s evident by now that Mevani’s popularity in Saurashtra has not made its way to this part of Gujarat, and we begin to wonder why he chose Vadgam in the first place. “The BJP has a chance this time,” a voice in the crowd says. “Earlier, this was a Congress seat, but the sitting MLA hasn’t been given a ticket. In this area, it’s a Congress-BJP fight, a third guy -- an independent -- has no chance.”

“There are three independent candidates,” says another man in the crowd. “The Congress vote will be fractured between them, and the BJP stands to gain.” 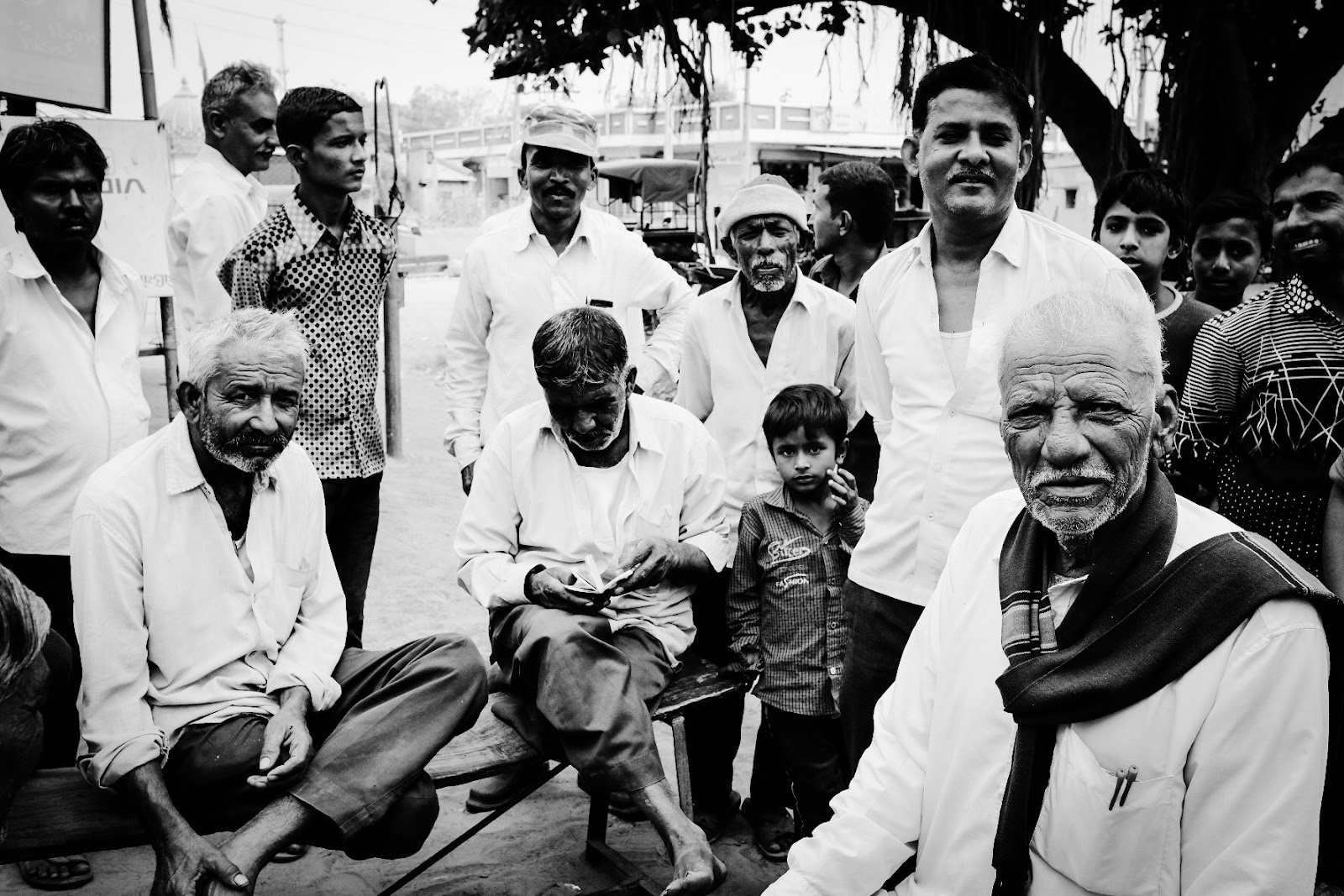 “If the Congress had fielded a candidate, they would have won this seat. That’s a certainty,” was the consensus amongst what was now a large crowd.

A man pushed aside a part of the crowd and made his way to us. He identified himself as Mukesh. “This apaksh (independent) Mevani, he’s not a local. He doesn’t know the constituency. He’s just shown up here. There are whatsapps going around to not let him enter our villages. He’s said things such as “Modi ho ya guy, kar do usko bye bye” and that if he had two sisters, he would marry one of them off to a Muslim. These type of comments haven’t settled well with the Hindu community at large.”

Interestingly, Mevani’s name is hardly mentioned, with the word apaksh (independent) used instead -- perhaps as a reflection of the fact that voting here is still very party centric. “It’s not as if he doesn’t have a chance at all,” chimed in another man in the crowd. “It’s just that he needs Congress mandate to win. Don’t forget, this is a Congress area … the BJP has only won here when the Congress has bickered internally. There’s a danger of that happening this time as three independents will all seek the Congress vote.” The third independent candidate is Balkrishna Zirawala. 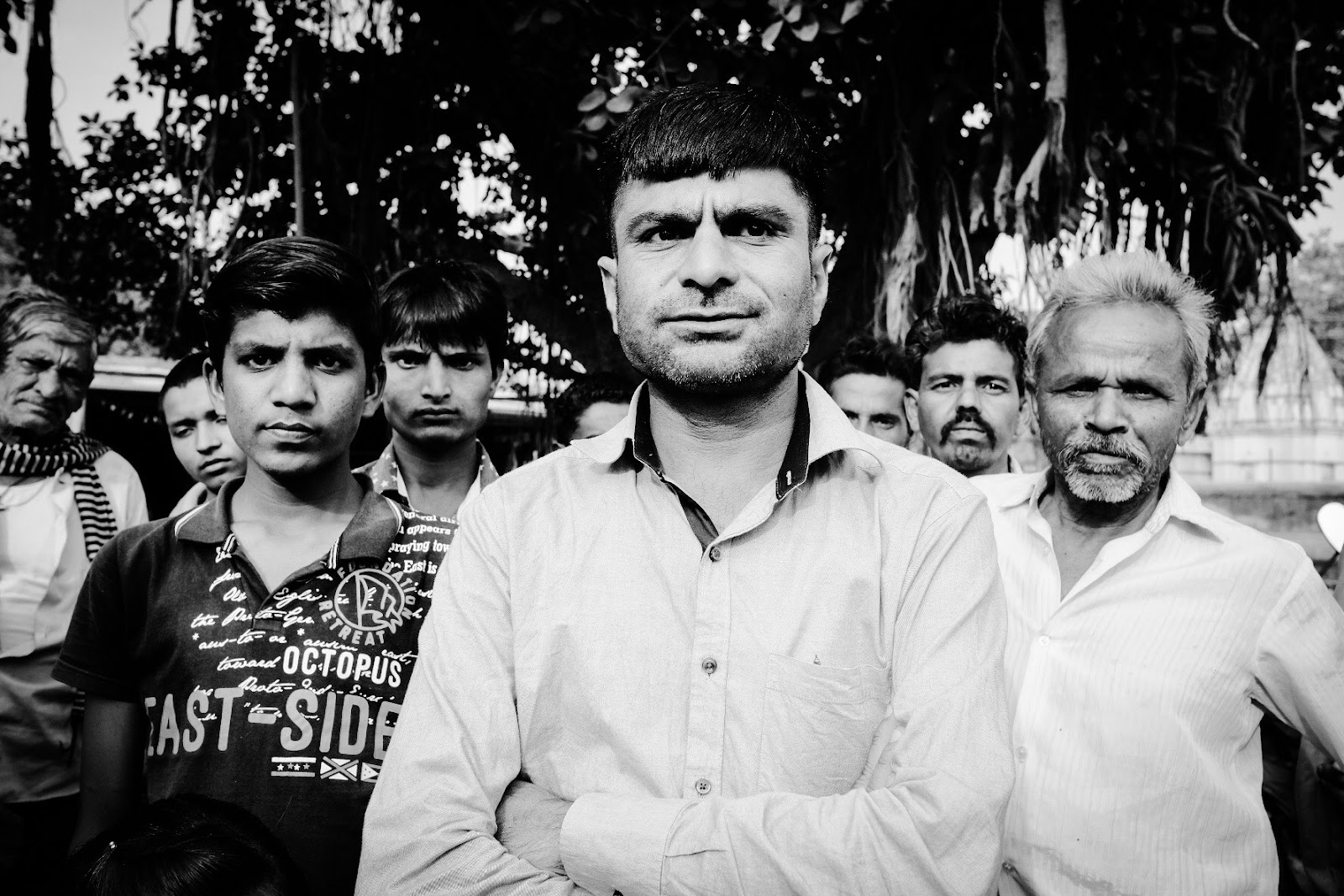 (A young man identifies himself as Mukesh)

The mood here is completely at odds with the perception we had in New Delhi, namely that this decision to contest from Vadgam was a wise choice for Mevani. The locals seemed confused about Congress’ support for Mevani, with the perception almost that the Congress was backing all three independents. We knew that wasn’t the case.

A few meters ahead, we stopped by a small store where three men are standing. Dressed in kurta-pyjamas and taqiyahs, the men immediately declare that this seat was a Congress area. “There’s an independent candidate,” the more vocal of them said, “I can’t remember his name.” “Mevani,” interjected a man from behind. “He’s a child,” the group agreed. “He’s too young; too immature… what does he know? No one will vote for him.”

Our first indication of the Muslim vote too wasn’t in Mevani’s favour. “Who then will you vote for?” we asked. “There’s a BSP candidate; Pushpaben will get our vote is what we are thinking,” the group conceded. “If the Congress had put up a candidate, they would have won,” the vocal man continued. “Since that’s not the case, who knows … but I for one am not going to vote for Mevani.”

The story, as we drove further into Vadgam, was the same. At a small store selling paan, chips and biscuits, the shopkeeper said “this is a Congress seat. This time the fight is between the BJP and an apaksh.” “Do you know who the independent candidate is,” we ask. “No, I don’t know his name.”

A customer gets off a scooter and joins the conversation. Chaudhary Pintoo, as he identifies himself, says that “the BJP might win. Mevani isn’t doing too well. If the Congress had fielded a candidate, they would have won. We don’t know who this Mevani is, where he’s from, what he’s come for.”

Pintoo corroborates something we had heard earlier -- of whatsapp messages circulating asking villagers to not let Mevani enter their areas. “Posters are being sent out on Whatsapp, clearly saying ‘Mevani, don’t come here,’” Pintoo said. The whatsapp messages seem to be part of party propaganda in the area, with the attempt to create a communal divide. 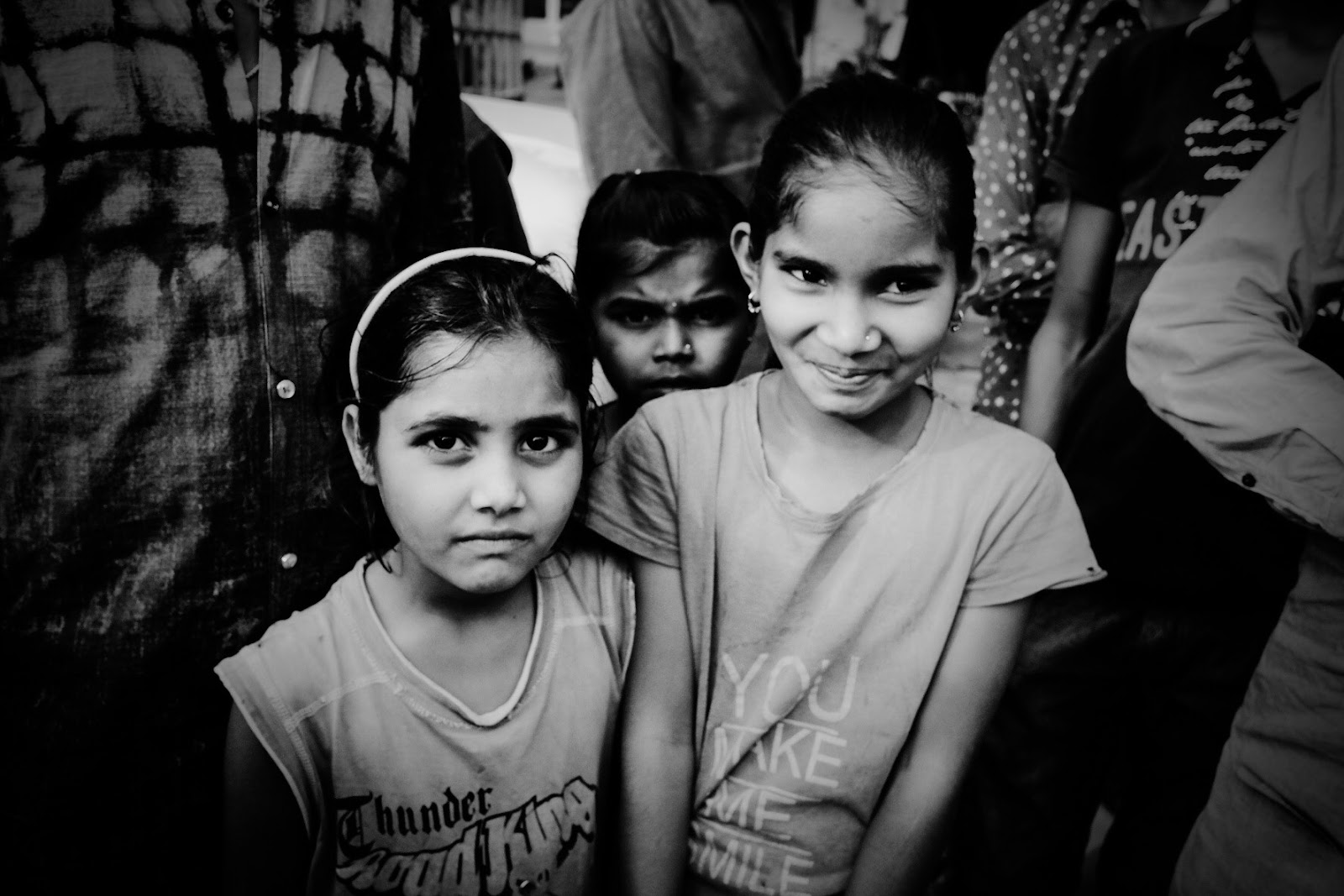 (Young girls in Vadgam, an area that has clearly seen the short end of the development stick)

We decide to go to Mevani’s party office, which we assume is the Congress office in the area. We stop to ask for directions, and are treated to political analysis instead. Three men at a road juncture speak to us at length. Abdul bhai, says that the Congress made a mistake to remove a sitting MLA for an outsider. “No one knows Mevani here,” Abdul bhai continues. “This is a Congress area, true, but the vote is in danger of getting divided between three independent candidates, and the BJP stands to gain.” Another man chimes in. “It’s a Congress garh (stronghold). But look at it like this. If you don’t know me, why would you let me drive your car. This applies to Mevani. We don’t know him here.”

The men point us in the direction of the Congress office, which we take some time in locating as not a single party flag or symbol identifies it. We enter a bare building, stripped off any political identification, and find a few young men sitting around. “Is this Mevani’s office?” we ask. “Yes, we’re with Mevani,” the scattered young men respond. “Are you from Vadgam or have you come with him?” “We’ve come with him,” they say.

We notice that not a single Congress worker is present. “Where are the Congress workers?” we ask. The handful of supporters look at each other, confused. “They were just here; they left ten minutes ago,” one finally responded.

By this time, we had spoken to enough people to gauge the fact that the local Congress wasn’t exactly cooperating. Media reports corroborate this assessment. The BJP candidate, Vijay Chakravarti -- who was a former Congress leader -- has spoken about this, telling TOI that "local Congress workers are totally upset with the party, as instead of giving ticket to a local worker, they chose to support Jignesh who is a complete outsider. I have joined BJP with my 5,000 workers, after being ignored by Congress." 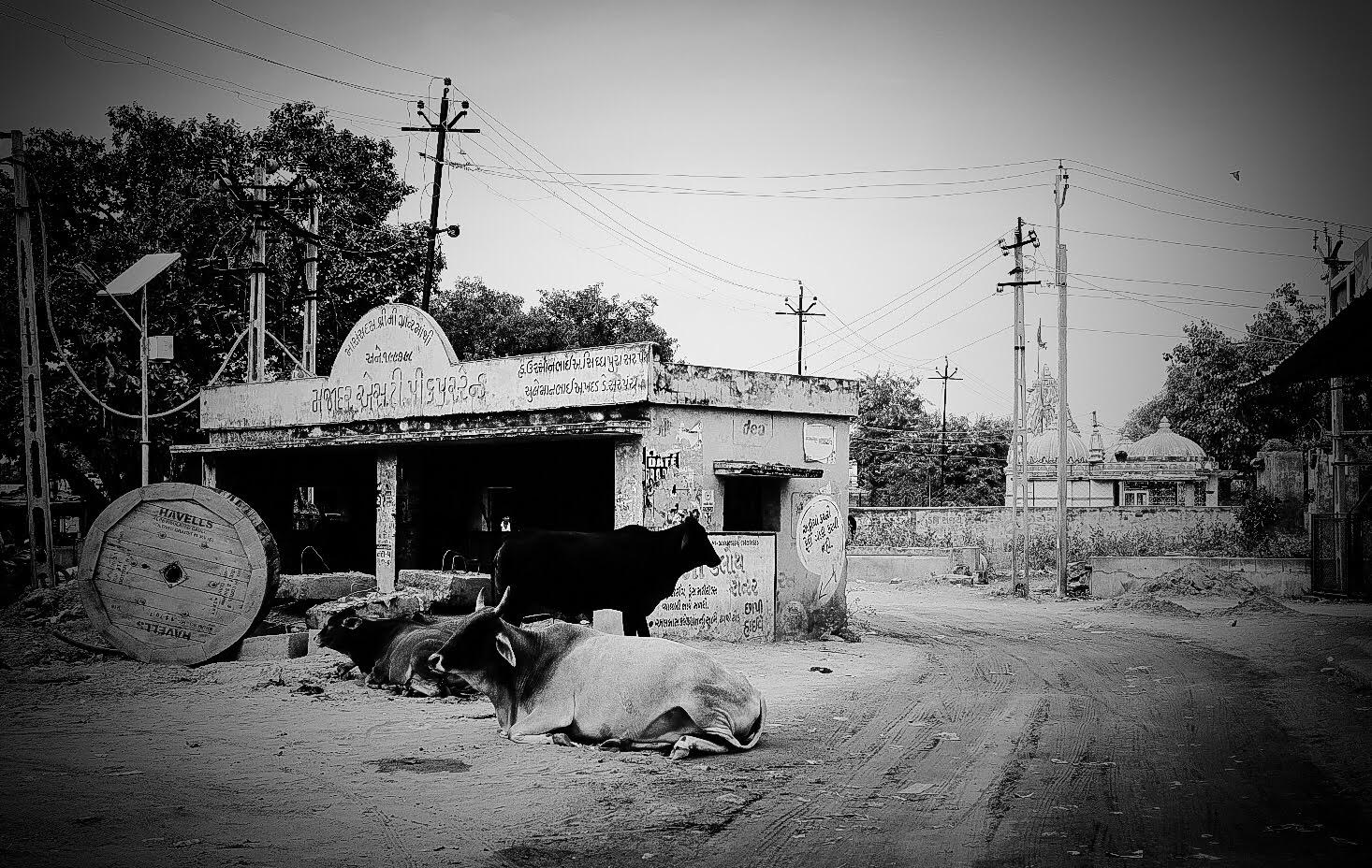 (Vadgam has a large Muslim and Dalit population, and is considered a ‘safe’ seat for the Congress)

Sources told us that sitting Congress MLA Vaghela -- who has been given the Idar seat instead -- is also upset. Although Vaghela has made the correct statements, saying that the local Congress will support Mevani, the absence of Congress workers in the party office combined with the perception that the Congress is supporting more than one independent, is indicative of a different story.

A few in Mevani’s camp privately confirmed this, admitting that despite clear commands from the top to assist the Dalit leader, local Congress workers have done little in support.

“Why did Mevani chose Vadgam? Why not a seat in Saurashtra, given that his movement is centred there?” we ask. “The Dalit leadership is fractured in Saurashtra; we thought fighting outside would be a better call,” his camp offered.

Despite the obvious challenges, Mevani’s team were still hopeful. “Our campaign is kicking off from tomorrow,” they said. “We hope to flood the place with publicity material, and we know that once the locals hear Mevani speak, it’ll change everything.”

In the car, on our way back to Ahmedabad, it became clear to us that despite how hard Mevani’s camp worked, this election could not be won without on-the-ground Congress support. Rahul Gandhi’s support for Mevani isn’t going to be enough; it’s the Congress worker on the ground who can make or break this election for Mevani.