A silent protest to condemn religiously-motivated killings across India

NEW DELHI: A silent protest to voice support for Muslim lives and in condemnation of religiously motivated attacks across India was held at Connaught Place, New Delhi on December 9 for three hours. Hundreds of student activists, academics, political activists, NGO workers came together for solidarity inspire of the heavy surveillance by Indian paramilitary and police officials encircling them. The heavy police and paramilitary presence was in stark contrast to the peaceful protesters.

"It's more than a protest. It's a struggle for life, says Professor Zoya Hassan. 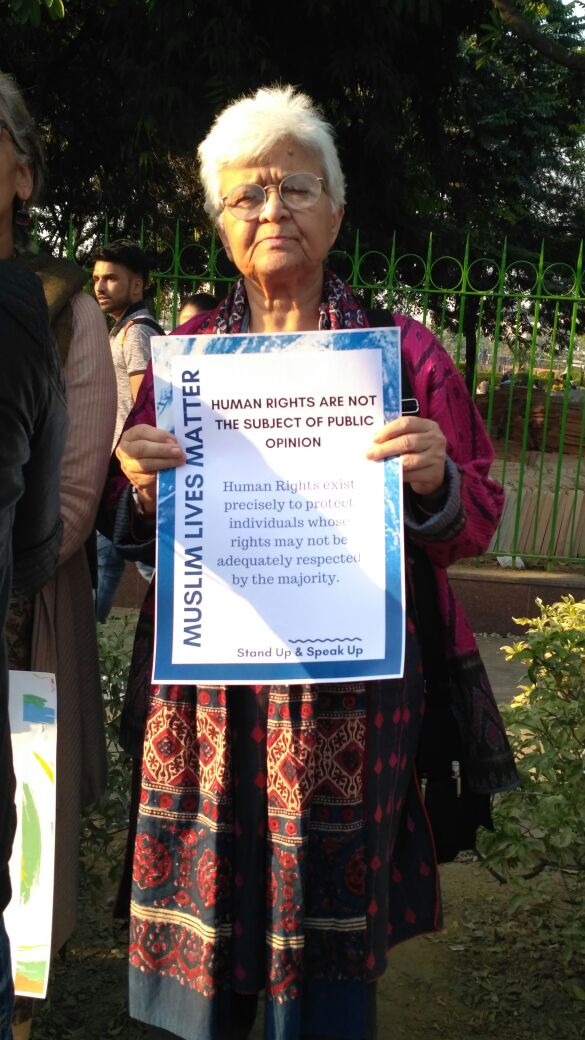 Kamla Bhasin remembers her childhood in Rajasthan and reiterates how brutality is emerging at an egregious level. 'The idea of hatred for any one, in spite of their identity, I think is anti-religion, ' she says. 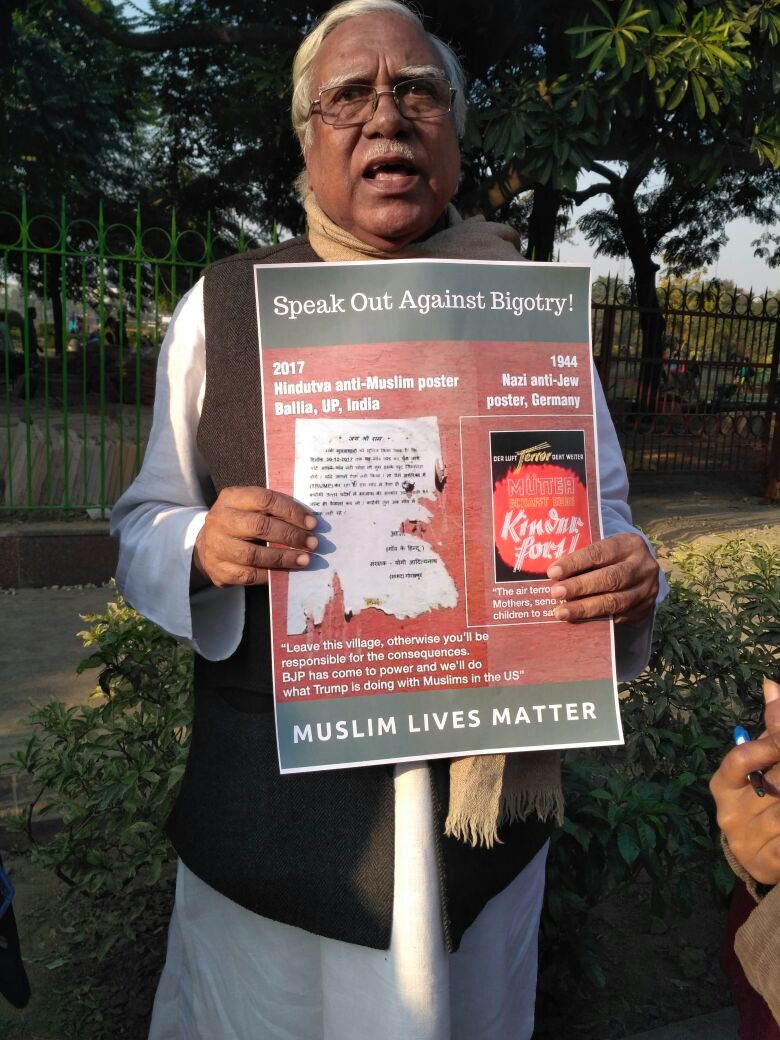 'India is a multi-linguistic and diverse culture which has developed over the years. This unified Indian culture should not be destroyed, says Hannan Mollah, Politburo member of CPIM 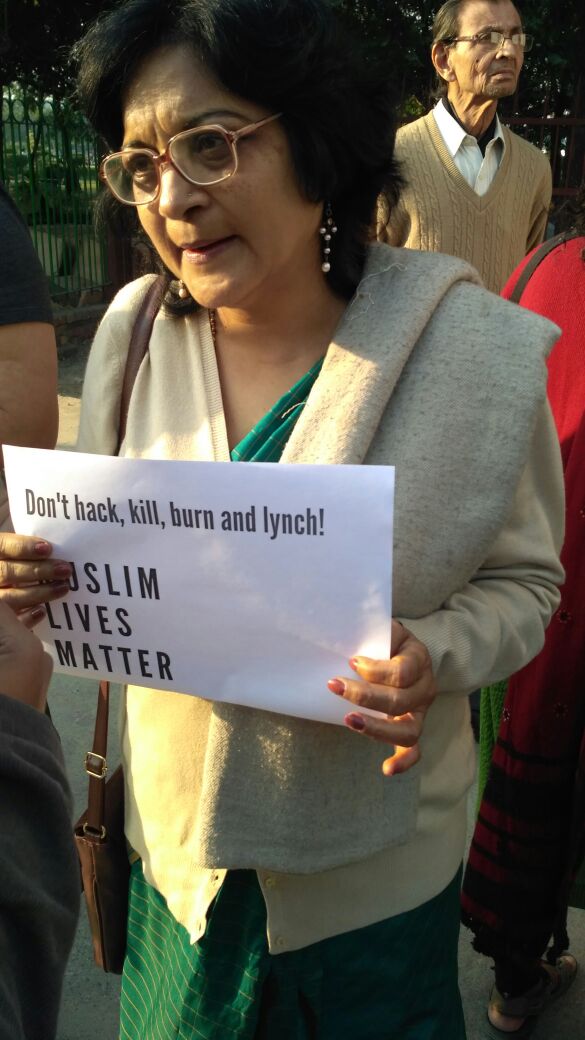 Talking about the economics and funding behind militant Honduras, Nandita Narayan( ex DUTA president) says 'RSS is not receiving money from dubious sources. The names of these political donations are not revealed. This campaign for gaining power has become a form of employment.’ 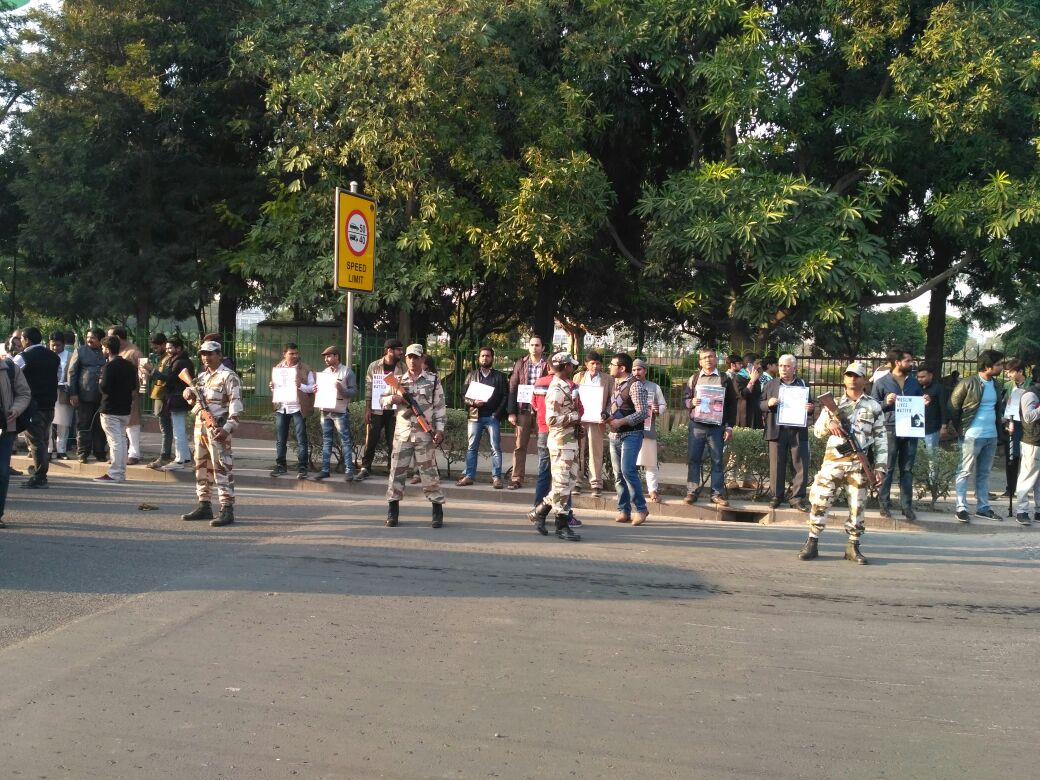 Few Tibetan refugees who attended the protest stated how they believe in the Idea of India and hence the violence against Muslims should be stopped. 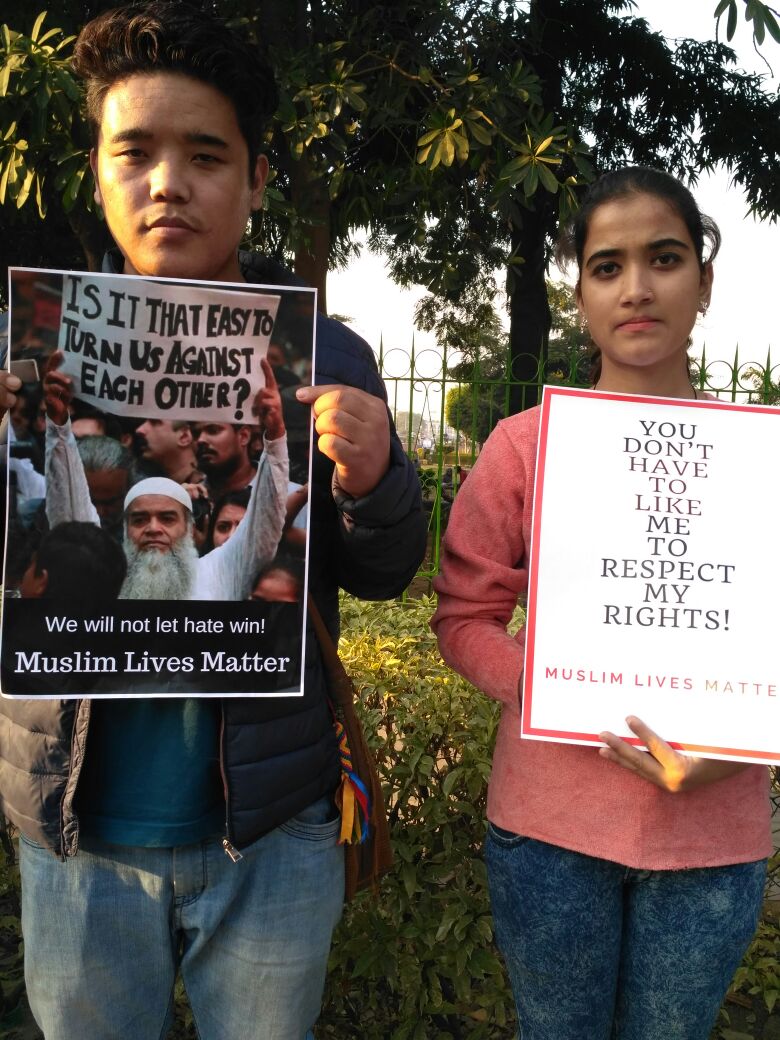 Students like Amir Malik reveal how Hindutva hardliners believe that Muslim, Dakota, Adivasis and women are the others. The Gujarat model has allowed these hardliners to emerge. Today higher rank people can carry out fake encounters openly and there's no action against them, some said. 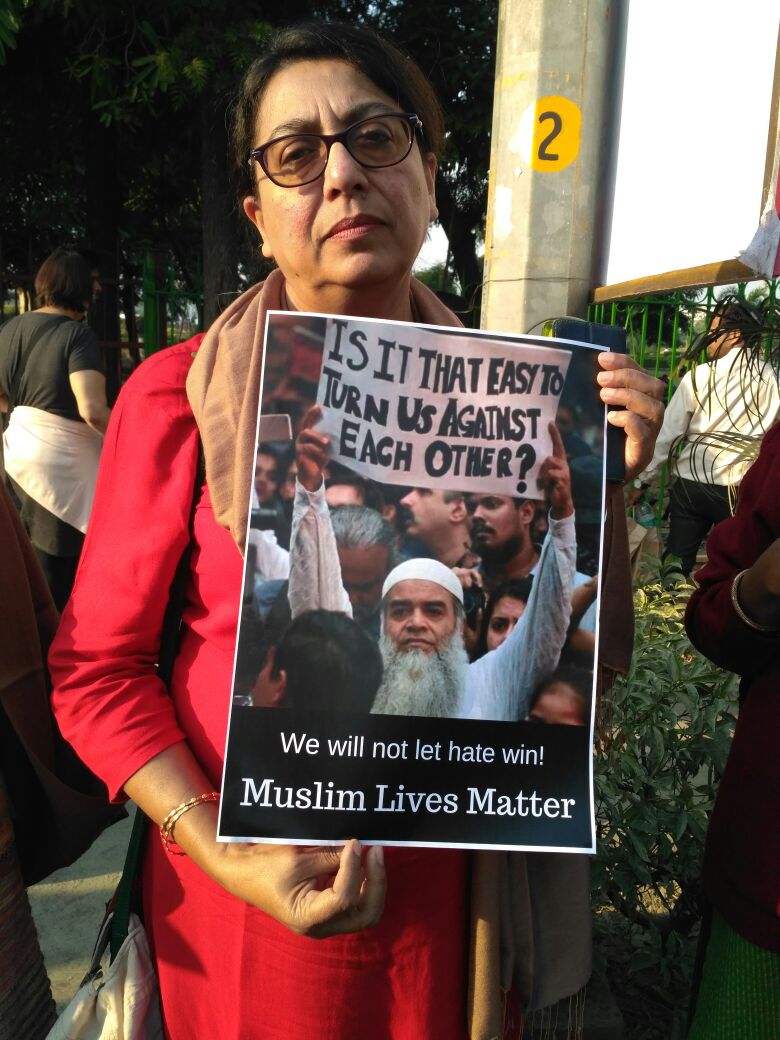 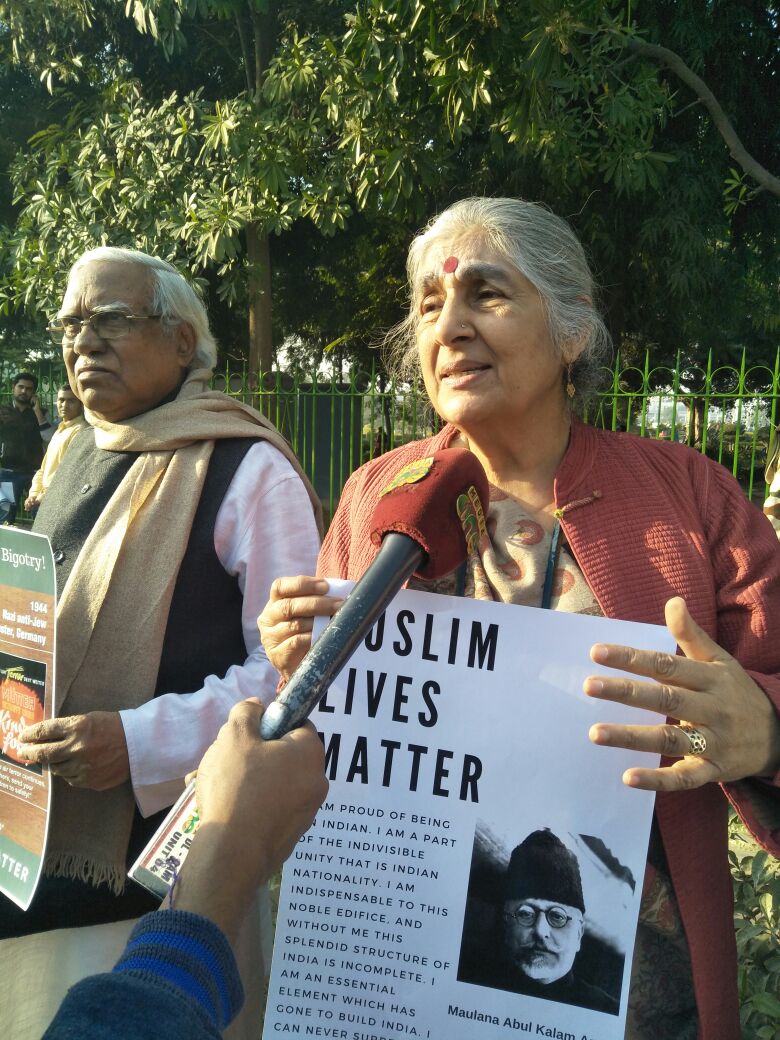 In a nutshell, though the silent protest was carried today to support Muslim lives, the increasing amount of police presence started proving as an impediment as hours passed by. Nevertheless, the voices have been raised, the call for justice has started. Muslim lives do matter! 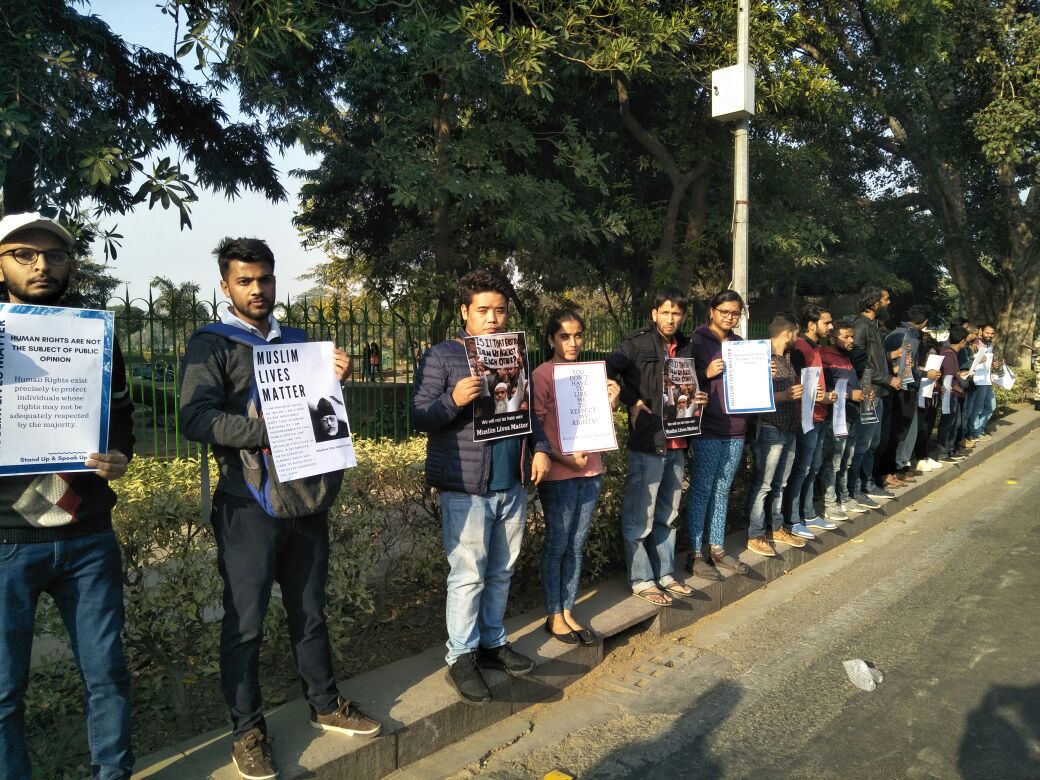 (The protesters line up) 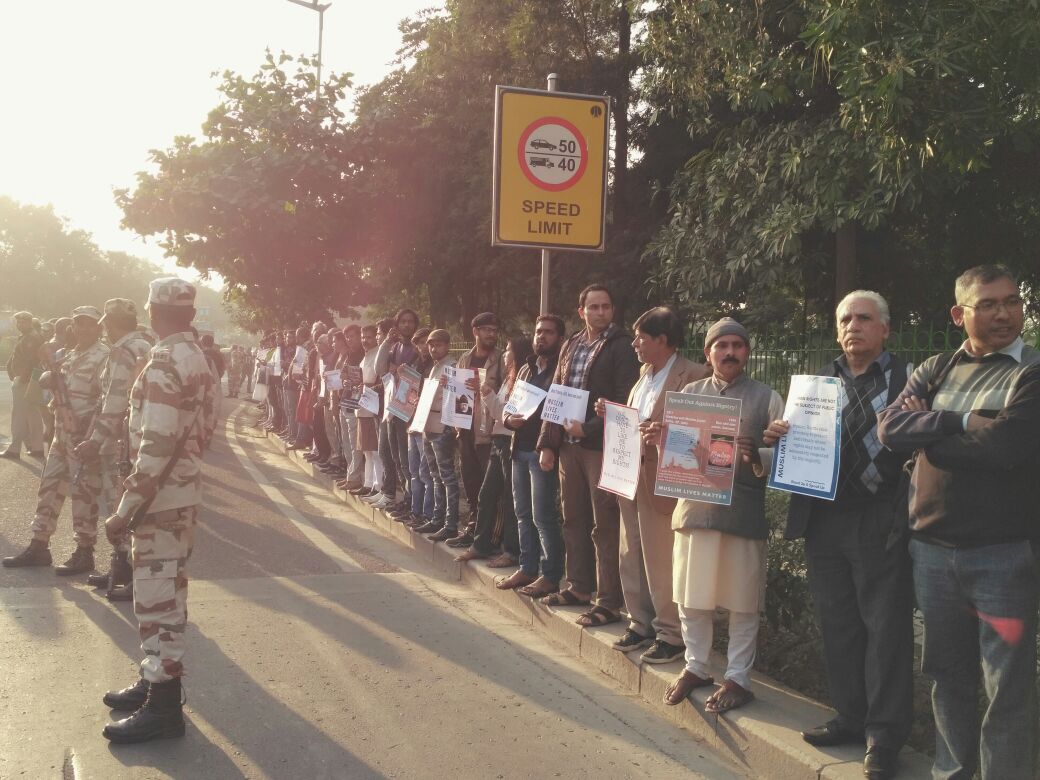