JAJOR: Jajor an otherwise a sleepy village surrounded by the Aravalli ranges in the Mewat region of Alwar district has suddenly shot into prominence for defence strategic reasons.

Largely inhabited by Meo Muslims the village and the larger area around it has been turned into a construction site as reported six underground tunnels are being constructed, just 150 km away from Delhi. The growing fear is that the project being reportedly overseen by the Defence Research and Development Organisation will impact on the livelihood of more than 60,000 residents, largely Meo Muslims and Dalits.

Professor Shail Mayaram, an anthropologist and an authority on ethnic studies describes the Meo Muslims as upper caste Rajput landlords and warriors who came under the influence of certain Sufi pirs and became Muslims, but continued their traditional practices. Since the Meo Muslims belonged to the upper caste Rajput community, they were reluctant to give up their original Hindu cultural practices and only gradually adopted Islamic ways. 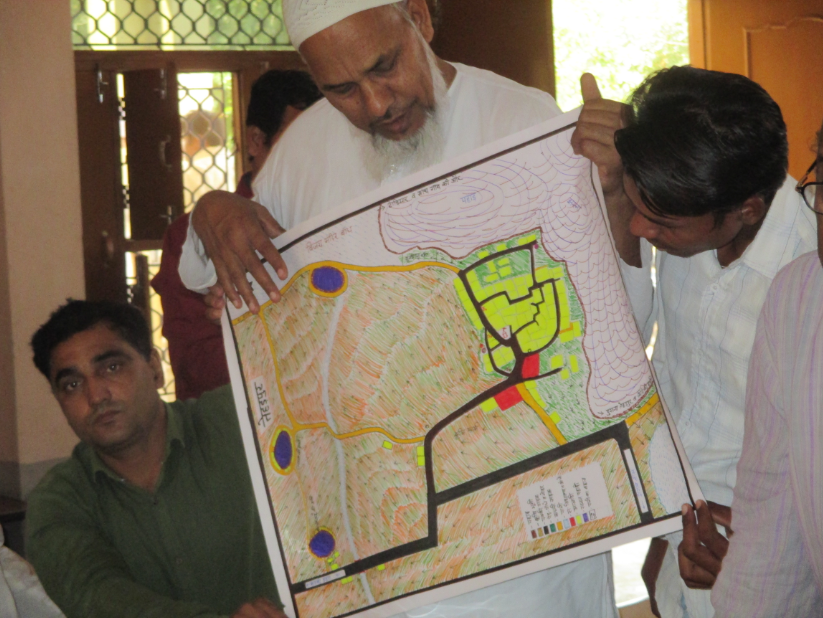 Shifat Khan Manager shows the map of the affected village , its habitat and forest

However, since 1947, the religious identity of Meo Muslims in Mewat region has largely been defined by the discourse of Sunni Islam. Even then, many still continue with their older, Hindu cultural practices, albeit on a diminishing scale.

Prof. Mayaram went on to add that earlier the Meo Muslims also used to worship Hindu Goddesses and there is a version of Mewati Mahabharata in which Draupadi is described as a Goddess. During marriage ceremonies, the Meos used to sing about the marriage of Mahadev and Parvati and their descent from Krishna as described by Mayaram.

In this unique socio-religious context of Mewat, the cow holds a very special position. While the animal is largely considered to be a Hindu religious symbol, it is equally revered, if not worshipped, by the predominantly cattle-rearing Meo Muslim community. But despite this Pehlu Khan, Junaid and Umar---all Meo Muslims---have been lynched by cow mobs on false allegations. 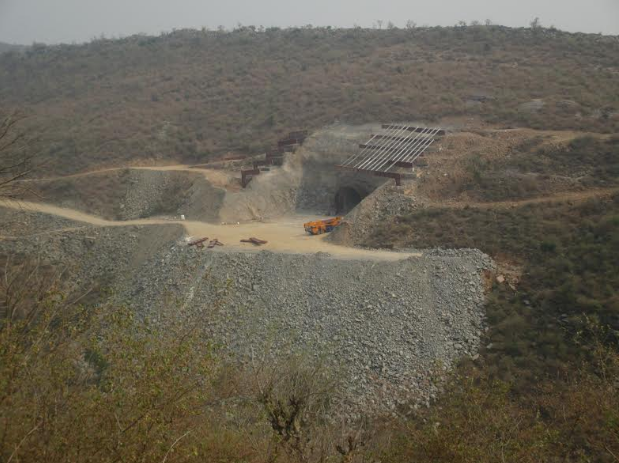 The forests and the hills here provide the grazing ground for the dairy farmers and their cattle, besides being a source of drinking water. The hectic construction of what locals claim is a missible base, is taking away this valuable space.

The unmindful drilling and blasting have become a threat not only for the lives of the villagers but also for the wildlife thatwere forced to flee from Jajor hill. 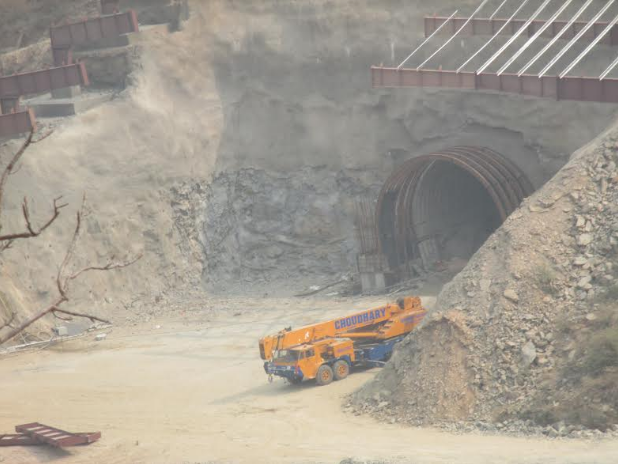 Shifat Khan Manager, a retired Bank Manager and the President of Mewat Kishan Panchayat, is leading a struggle against the take over of protected forest landby the government, “Diversion of 2000 acres of forest land to DRDO was done arbitrarily, without following any procedure,” he said

He alleged that fictitious ‘No Objection Certificates (NOCs) were issued in the name Kithur Gram Panchayat to Ministry of Environment & Forest (MoE&F).” In reality, the Gram Panchayats had strongly objected to the grant of NOCs for the DRDO project. 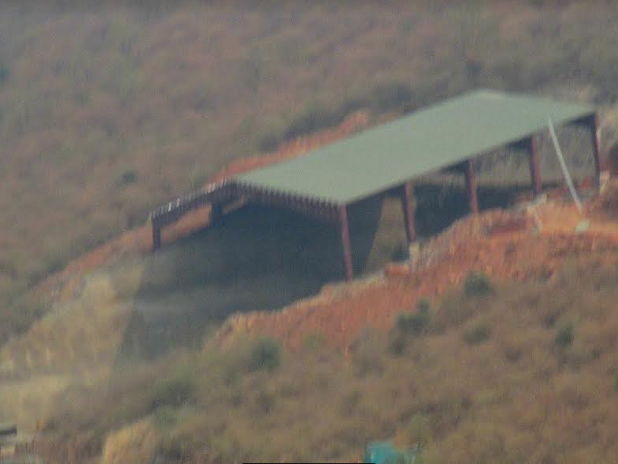 All developmental activities in the protected area have to be planned so that it does not disturb the abovementioned areas. The rules are clear that such land cannot be used for any other purpose other than maintaining the area as forest. There is no exception in law which allows for forestland to be diverted for non-forest activities for the purposes of national importance.

Forestland diversion for the ongoing project is in violation of the Forest Conservation Act, 1980 and of the Scheduled Tribes and Other Traditional Forest Dwellers (Recognition of Forest Rights) Act, 2006.

Maulana Haneef, a progressive cleric and president of Matsya Mewat Shiksha Evam Vikas Sansthan (MMSVS) said, “this project in the Jajor hills would push the lives of 65,000 Meo Muslims to penury and servitude.” He feels that “the traditional rights over the hill and the forestland have been snatched away from us”.

In October 2015, to protest against the plunder of our forestland, Mewat Kisan Panchayat had organised a ‘Pahad Bachao padyatra’ (Save Hill foot march) of the affected villages from 14th to 18th October 2015 wa to drum up support for the protection of the hills.

Jajor inhabited by the Meo Muslims, mostly livestock farmers , is worried about the loss of grazing lands for their cattle.

Around 484340 trees comprising of mango, sheesham and sangwan wood, date palm and Jamun trees were uprooted in the forestland for the project. Besides flora and fauna, johads (rainwater storage tank) and other traditional water conservation structures have also been destroyed because of the construction.

In the water scare region of Mewat, the villagers who were primarily dependent on traditional water harvesting systems were all of a sudden forced to look for their water needs. Women trek 2 to 3 kilometres for fetching water.

Maulana Haneef feels that, the socio-economic conditions of the Meos are rapidly becoming hopeless and they literally live from hand to mouth.

Noordin Khan, a resident of Jajor village asked, “few among us have land to till and most of us are into cattle rearing.If we are driven out from our forestland and hilltops, where would we graze our cattle?”

Villagers living close to Jajor hill, which comprises 13 gram panchayats and 42 villages, have their community rights over the forestland, which they have been using to graze their cattle, burying their dead and for various religious and social purposes.

Fencing of the forest land and deployment of private security guards for driving away the villagers’cattle had pushed them to the wall. If the villagers try to register their complaint, they are beaten up, intimidated and locked up by the local police.

65 year old Hajimuddin, another resident of the village pointing to a mazar, said, “That’s Chauharsiddh mazar, villagers going there were arrested and false cases were framed alleging that they attacked and obstructed the workers employed by the government.” He further added that “even the Alwar MLA has been spreading lies against us and branding us as anti-nationals.”

The livelihood and the very survival of the Meo Muslim community is under threat.