3 Caveats in 3 Days : Signs of These Times

NEW DELHI: The right wing has found a new hero in Shambu Lal Regar who brutally hacked to death a Muslim labourer Mohammad Afrazul in Rajasthan, with a mob clashing with the cops on duty outside the Udaipur District and Sessions Court. Photographs of a man climbing the court building and holding a Saffron flag are now making the rounds with the Dainik Bhaskar reporting the incident.

Several policemen were injured, including an Additional Superintendent of Police. Some of the violent protesters were detained. A silent rally was taken out by Hindu right organisations soon after in Udaipur to protest against the arrest of the protestors and demand their immediate release. The police, completely on the defensive, are now trying to cope with a tense Udaipur and reach a face saving agreement with the aggressive groups. 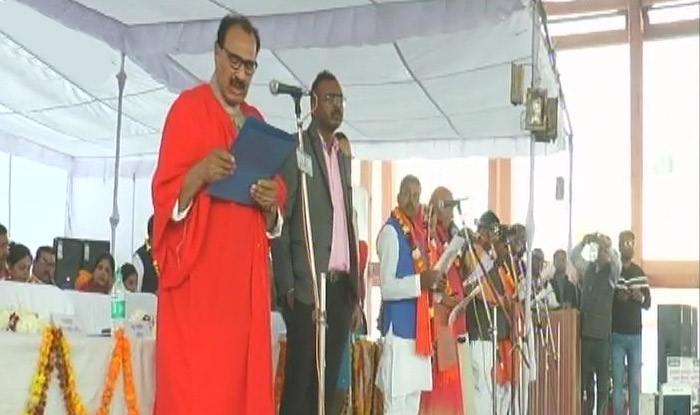 Carol singers were attacked by a mob in Madhya Pradesh. But instead of the attackers, the Christians celebrating Christmas, have been detained by the Satna police.The Catholic Bishops Conference of India expressed concern over the incident, and confirmed that the vehicles of priests were also torched by the mob. Bishop Theodore Mascarenhas, SFX, Secretary General, Catholic Bishops’ Conference of India, told the media that a group of 30 seminarians and two priests from St. Ephrem’s Theological College in Satna were detained for routine carol singing saying, “what is even more shocking is that eight priests who later went to inquire about the detained prisest and seminarians were also taken into custody. Shamefully the situation outside the police station was allowed to be so hostile that even those who wanted to approach the detained persons could get no access to them.”

The Catholic Bishops’ Conference of India expressed its “shock, pain and hurt at the unprovoked violence against Catholic Priests and Seminarians.”

The incident has created panic among the small Christian community of the district town ahead of the Christmas season.

The Bahujan Samaj party won two Mayor seats in Uttar Pradesh in the recent elections. Two days ago the newly elected Mayor of Aligarh Mohammad Furqan took his oath in Urdu that led to a scuffle with the BJP members protesting loudly against the move. Efforts to point out that Urdu was a recognised language under the Constitution did not help.

A few days ago BSP leader Sunita Verma, who was elected mayor of Meerut Municipal Corporation or Nagar Nigam, revoked her predecessor’s order to make the singing of ‘Vande Mataram’ mandatory. She said only the national anthem will be sung at the start of every board meeting of Meerut municipal corporation.