Crony Capitalists Loot the Banks, But Where Was the Reserve Bank of India?

How is that the RBI statutory audit failed to detect the scam?

NEW DELHI: Where was the Reserve Bank of India? How is it that it did not get even a whiff of the Nirav Modi scam of Rs 11,400 crores despite the annual audit it carries out with each Bank? How is it that the RBI did not spot what is one of the biggest scams, and did not operate the risk management system? Despite sufficient information of new scams in the diamond sector ---such as Jatin Mehta’s Rs 6800 crores Winsome Diamond scam---the RBI had not thought it fit to set into motion a risk management policy for diamond industries to ensure there was no repeat?

These questions are being raised within the banking sector with the government of course, having vanished from view with not a quote or a statement so far on the fraud and the ease with which Nirav Modi ---’Chota Modi’ as the Opposition is calling him---left India before the FIR was lodged against him and his brother Nishal Modi on January 31. (see FIR copy at end of text). And appeared in Davos to meet Prime Minister Narendra Modi and pose for a photograph with him and other big wigs of the economic sector. (ModiMallyaModiRs-27400-Cr-Scam-What-Now-PM-Modi)

Initial joining of dots point to the RBI’s failure to detect the scam that has left the Punjab National Bank reeling under bad loans of Rs 11,400 crores used by Nirav Modi to finance diamond and retain companies catering to the Who’s Who of global industry. And of course individual celebrities, no less than industries themselves. The Modi-Ambani connection by marriage is now whirling through the social media, with the links close enough to benefit both. Mukesh and Anil Ambani are household names in the corporate, but more importantly political power world, and the former in particular is credited with the ability to move mountains (now even in the media). Nirav Modi, whose brother Nishal Modi is also named in the FIR has managed a quick getaway and like Lalit Modi and Vijay Mallya not expected to return.

A joke tinged with seriousness, currrently in circulation reads, “if you put your money in the bank Nirav Modi will take it it, if if cricket, Lalit Modi will take it, and if you leave it at home Narendra Modi will take it.” Economists point to the complicity of the governments and the political class in defending the scamsters who are able to milk the system and make a clean get away, even while poor farmers and the working class commit suicide because of the paltry loans the bank sharks get them for. The farmers agitation to waive loans has not elicited a favourable response from the government that however, has had little to say about Nirav Modi and the loot of what are essentially public funds.

A senior economist linked the current scam with the announcement of Finance Minister Arun Jaitley in October last year, of a Rs 2.1 lakh crore capital infusion plan for state owned banks that he said was poised for take off. The sources said that clearly the government was well aware of the scam, and had thus sought to deal with banks burdened by bad loans with a Rs 1.36 lakh crore from bonds, Rs 18,000 crores from the budget, and the remaining Rs 58,000 crore through share sales.

The sources are astounded that a scam of such proportions was not detected by the RBI in its annual financial inspection. Besides this every bank has an external audit, and of course internal audits with the statutory audit mandatory before the financial balance sheet is prepared. Both the BJP and the Congress are blaming each other, but as the sources pointed out, “both are ignoring the role of the RBI, and its failure to detect the scam that has been in the making for the past several years.” 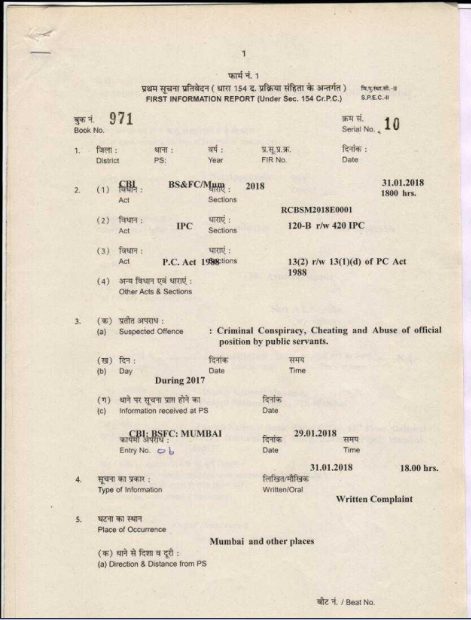 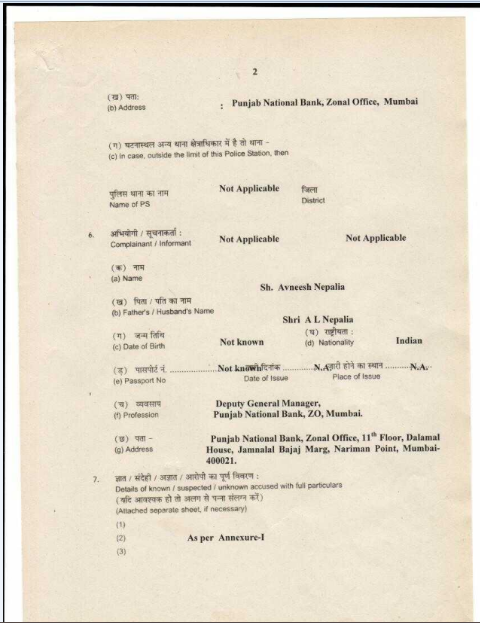 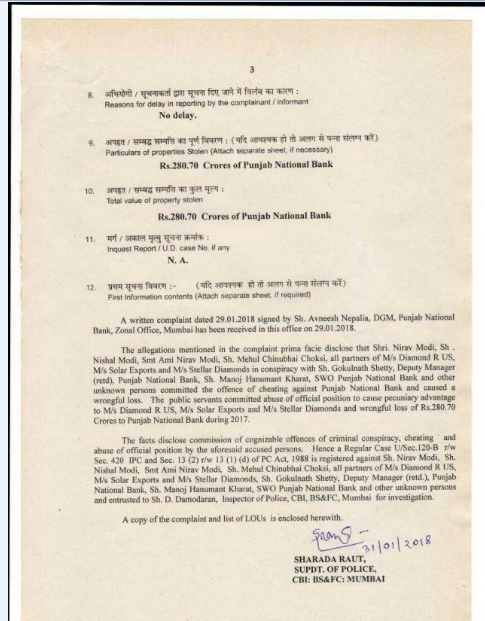 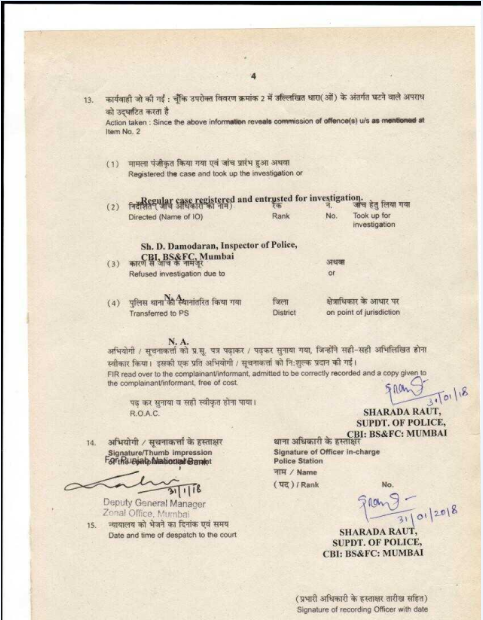 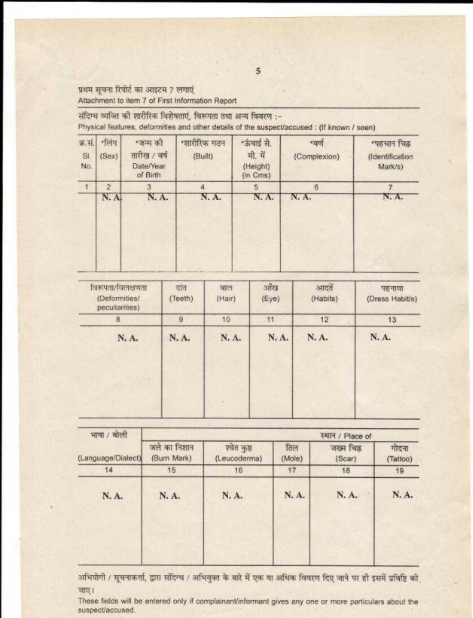 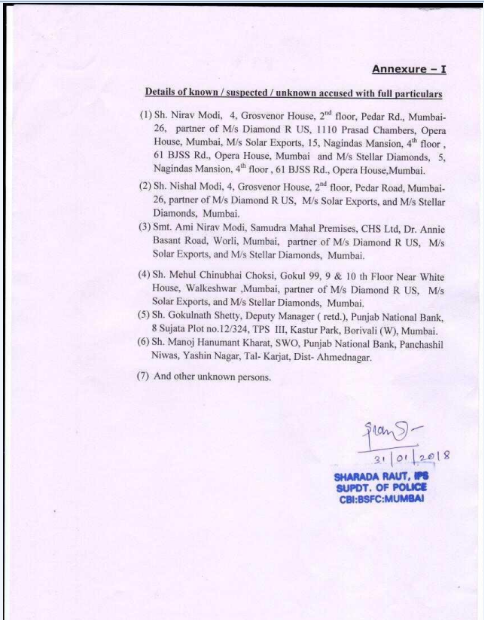 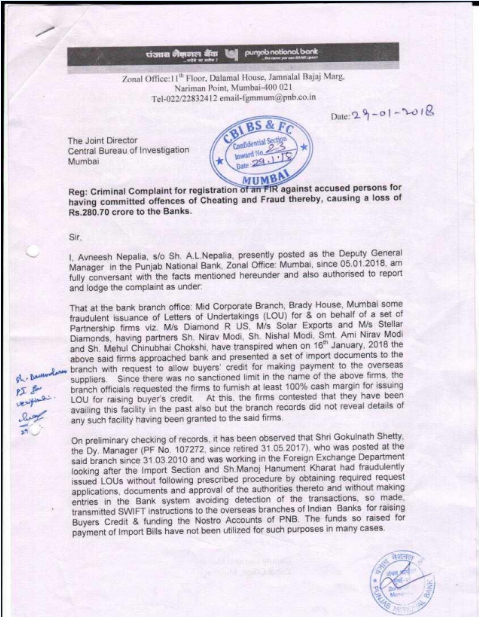 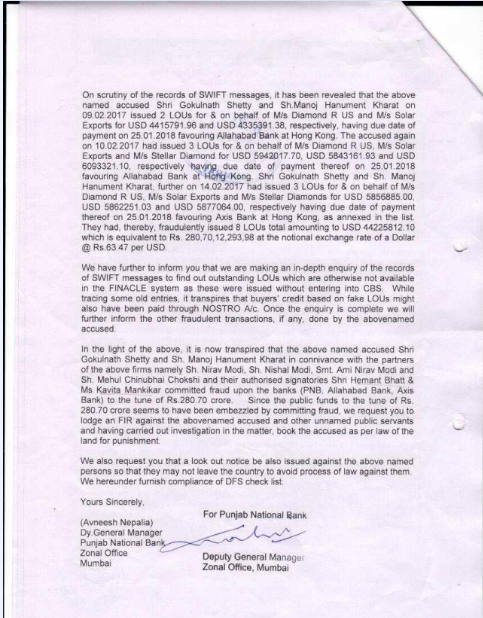 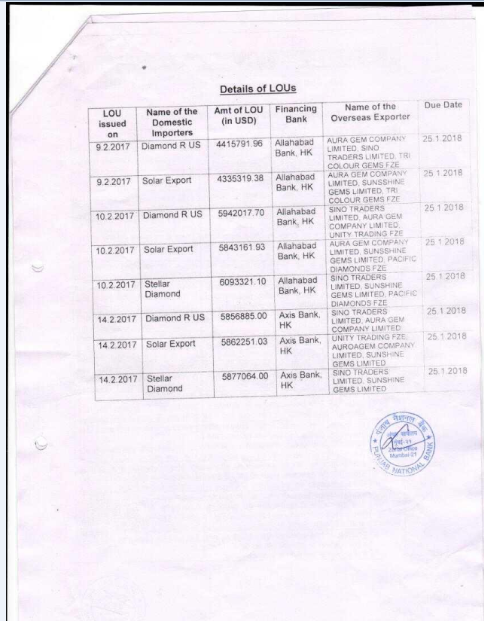 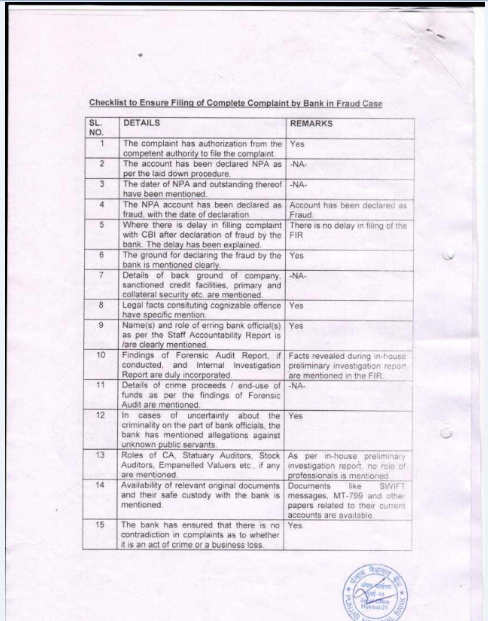