Is Canadian PM Justin Trudeau being 'snubbed' on his first official visit to India?

NEW DELHI: Canadian Prime Minister Justin Trudeau is in Gujarat today sans Prime Minister Narendra Modi. The absence of the Indian PM is clearly intended as a statement, more so as he personally escorted a series of visiting dignitaries to his home state including of course Israel PM Benjamin Netanyahu just last month. Others include Japan’s Shinzo Abe and China’s Xi Jinping.

Official sources claim that it is not necessary for the PM to accompany visiting leaders to states, but the absence is noticeable. More so, as it has been already commented upon by the Canadian media.

In fact instructions seem to be to lay out a frayed red carpet for Justin Trudeau, a ‘rockstar’ Prime Minister who is here with his wife and three children. He was received at the airport by the Minister of Agriculture Gajendra Singh and the Indian Ambassador to Canada Vikas Swarup in what is being seen as adherence to basic protocol without the extra gesture that determines bilateral relations, and moves the barometer up or down on the cold-hot scale of diplomacy. The decision to send a junior minister to receive Trudeau is being described as a “snub,” especially given PM Modi’s frequency in setting aside protocol to personally receive high profile official dignitaries, who are often then greeted with a big hug.

PM Modi hasn’t even yet met Trudeau, despite the Canadian PM having already been in India for two days. Neither has he tweeted anything about Trudeau’s visit to India -- again, quite a contrast from the digital courtesies the Indian PM usually greets most foreign dignitaries with. 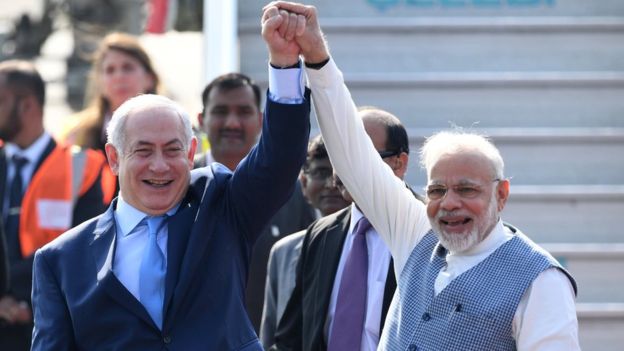 The Canadian PM was not received by Uttar Pradesh Chief Minister Yogi Adityanath during his visit to. Of course, as the photographs show this did not stop him and his family from enjoying every minute of the visit. He was received instead by the local District Magistrate, again the low end of diplomatic protocol. 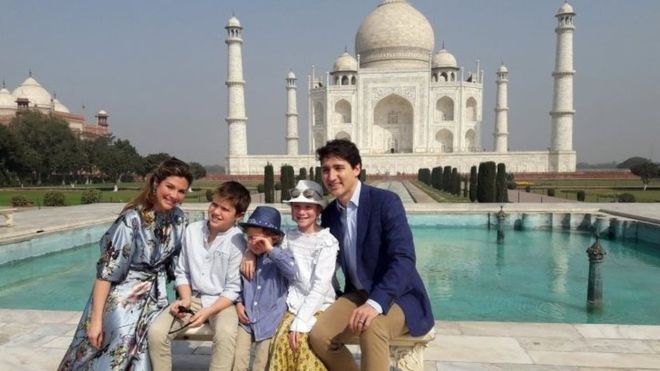 (The Trudeau family at the Taj Mahal. UP CM Yogi Adityanath also reportedly didn’t greet with the Canadian leader)

The fact that the visit it being largely ignored by senior members of the Indian government hasn’t gone unnoticed, with reports in the international media highlighting the fact that several members of Trudeau’s government were allied with the Khalistan movement.

Trudeau had joked not so long ago in response to questions from students in an American University, “I have more Sikhs in my Cabinet than Modi does.” And this seems to remain at the core of India-Canada relations with New Delhi not happy with what it perceives as Trudeau’s support for Sikh radicals. He attended a Khalsa Day event in Toronto with photographs and other paraphernalia eulogising slain militant Jarnail Singh Bhindranwale.

The Ontario Assembly, where Trudeau's Liberal Party is in majority, passed a resolution last year condemning the “genocide” of Sikhs in India in 1984.

Although at this point the reasons for the frayed red carpet greeting Justin Trudeau in India is all conjecture with no official statements from any leaders, Khalistan has been a sore thumb in the relations between India and Canada in the past.

In April last year, Punjab Chief Minister Amarinder Singh refused to meet with Canada's Defence Minister Harjit Sajjan, alleging that Sajjan was a “Khalistani sympathiser.” The Trudeau family is reportedly set to visit Amritsar on Wednesday, and at the time of writing, it is unclear whether CM Amarinder Singh will host the visiting dignitaries.

Trudeau is scheduled to meet PM Modi on February 23, with focus of the bilateral talks being defence and counter-terrorism cooperation.