India 81 in Corruption Index, Amongst the 'Worst Offenders'

Transparency International gives India an index of 40, below the global average

NEW DELHI: “Philippines, India and the Maldives are among the worst Asia-Pacific regional offenders scoring high on corruption with fewer press freedoms, and higher numbers of journalist deaths.

India has been ranked as 81 amongst 180 countries by the Transparency International in its just released Corruption Perceptions Index 2017.

“Unfortunately, the results from the 2017 index also show that corruption in many countries is still strong. Often, when individuals dare to challenge the status quo, they suffer the consequences. In some countries across the region, journalists, activists, opposition leaders and even staff of law enforcement or watchdog agencies are threatened, and in the worst cases, even murdered” the report states in connection with India and the region. 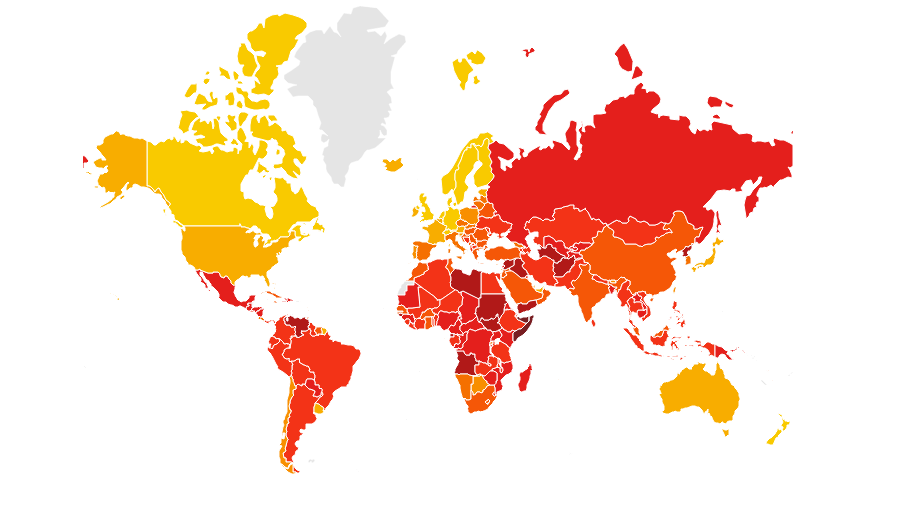 Transparency International points out that In the last six years, 15 journalists working on corruption stories in these 3 countries were murdered, as reported by the Committee to Protect Journalists (CPJ). Just last year, Yameen Rasheed, an outspoken critic of the Maldives government was murdered for his efforts to uncover the truth about the disappearance of journalist Ahmed Rilwan.

India has an index of just 40, same as the last year. In 2016, India was ranked at 79, amongst 176 countries but its position has been falling steadily since 2013 on this world index. The index, which measures perception of corruption in the public sector, uses a scale of 0 to 100, where 0 is highly corrupt and 100 is very clean.

New Zealand and Singapore scored the highest scores with 89 and 84 out of 100, respectively. Somalia is at the other end of the scale as the most corrupt country in the world. India at 40 is described as one of the ‘worst offenders’ and is below the global average.

1.Putting in place laws and institutions that will prevent corruption from happening in the first place. Legal frameworks and access to information are essential components of a healthy political system where citizens can play a role in demanding accountability and preventing corruption. Whistleblower protection mechanisms and autonomous, well-resourced anti-corruption agencies are also a must in the Asia Pacific region.

2.Reducing impunity for the corrupt. Professional and independent justice systems are necessary where police and prosecutors can respond to technical criteria and not political power plays.

3.Improving space for civil society to speak out. Governments should ensure that activists can speak freely throughout the region without fear of retaliation.

4.Improving integrity and values. Schools and universities should educate youth about ethics and values. Corporations should promote business integrity in the private sector and make these ideals more mainstream.