Mob Lynchings Come to Kerala, And How!

A 27 year old tribal man from Attapady region, A. Madhu, beaten by a mob on accusations of theft died in the police jeep that was taking him to the hospital. If this was not enough, photographs have emerged on social media showing a young man grinning into the camera as he takes a selfie. The photo was taken right before the assault. Madhu, tied with a lungi provides the ‘backdrop’ for this photograph, with another youth questioning the hapless Adivasi.

This photograph has gone viral since. Madhu, a poor man, is accosted by the mob with a video also in circulation of a mob questioning him. One of the self appointed interrogators pulls out the meagre contents of his bag, eggs, some masala powders, insisting that the tribal man had stolen these.

The Kerala, Agali police confirmed the death, but were initially reluctant to blame the mob for it. The cop version initially is that Madhu has been accused of robbing shops, and that he was on the police wanted list for a while. This time, the cops claimed that the locals had got CCTV visuals of Madhu stealing, and caught him, and brought him to the town. The police claimed they were called soon after, saying nothing about the violence. Madhu vomited and reportedly died in the jeep. The hospital declared him dead on arrival.

The police has now registered a case against unknown persons. Locals were reportedly involved in the attack. The selfie and the video also clearly shows at least some of the persons involved in the heinous act.

This trend of mob violence has been claiming lives in north Indian states in particular with Dalits and Muslims bearing the brunt of the attack. Lynchings reported from Rajasthan, Haryana and other states have shocked the country, although action against the assailants has been tardy or non-existent. This is the first such attack in Kerala where the adivasi youth who the police claim was mentally ill, was surrounded, beaten with sticks and died soon after.

The social media has erupted with anger after the callous selfie, although the man with a smirk on his face remains unidentified. 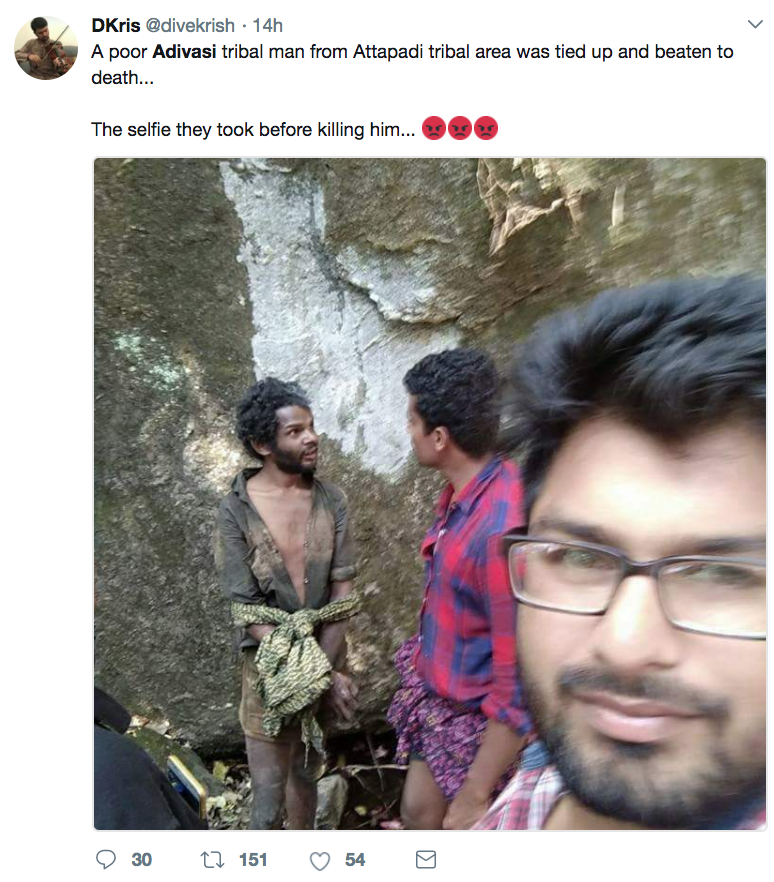 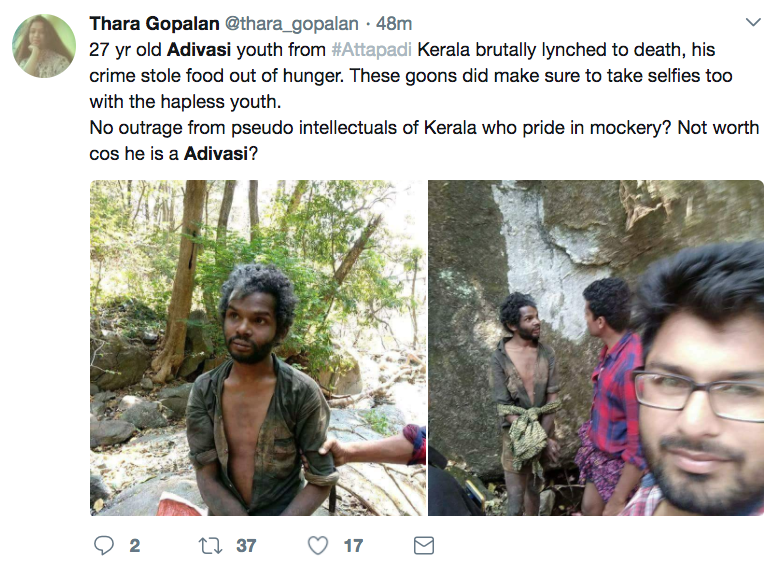 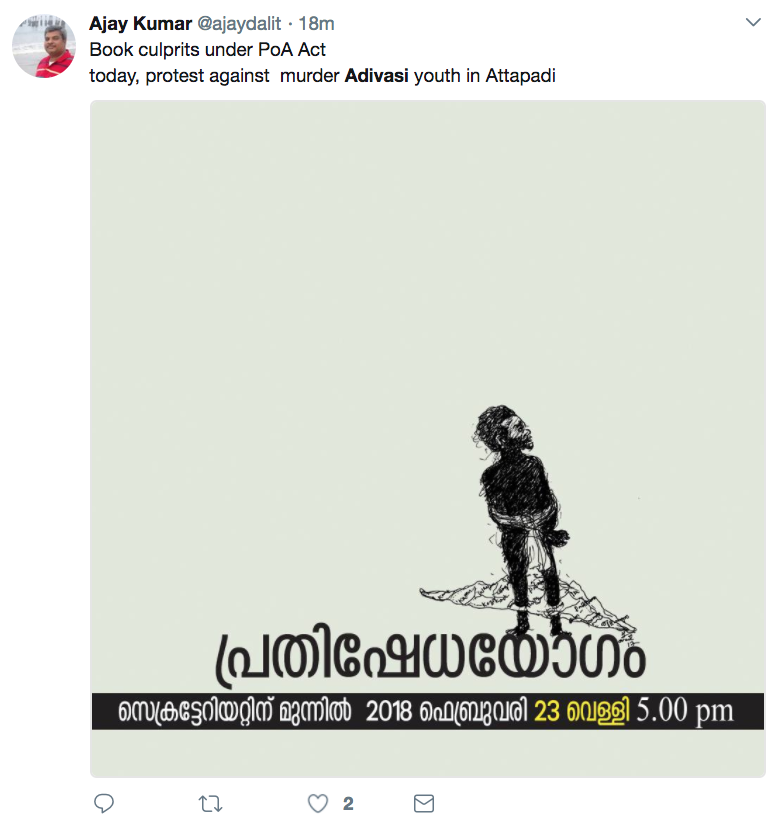 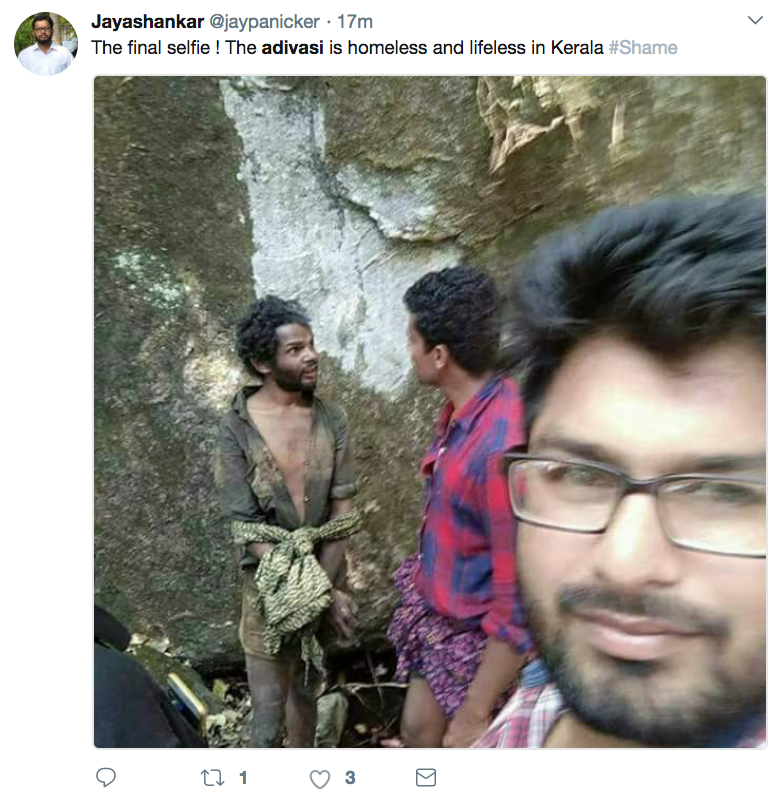 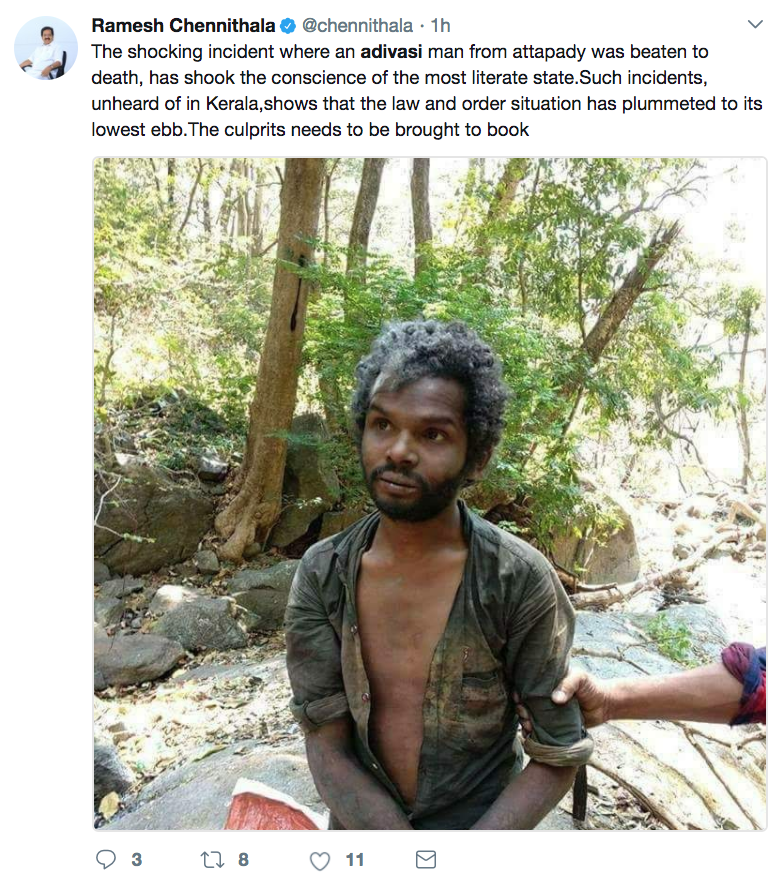 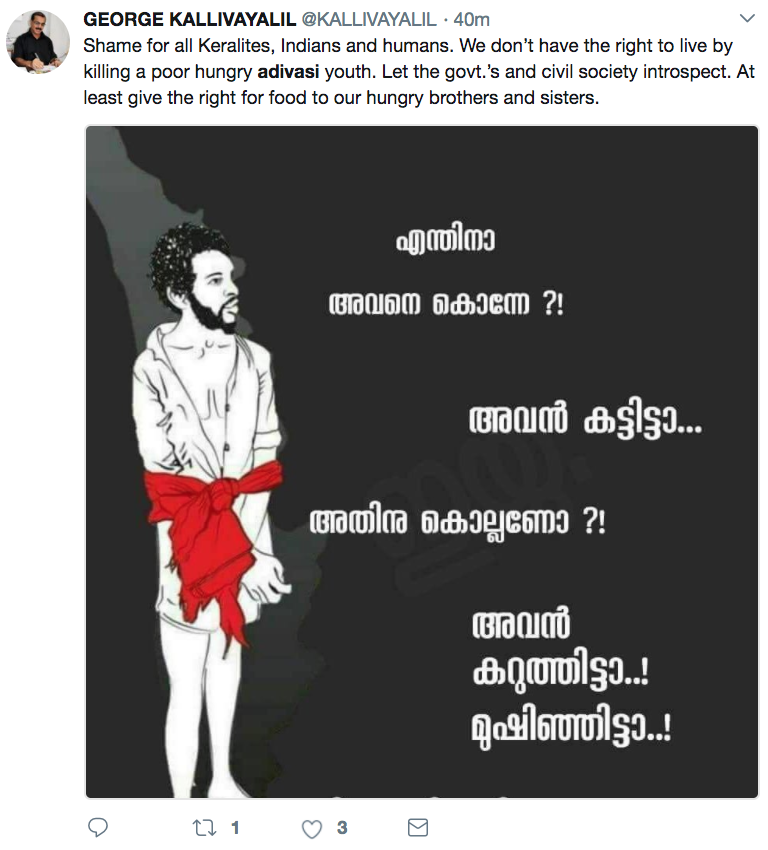 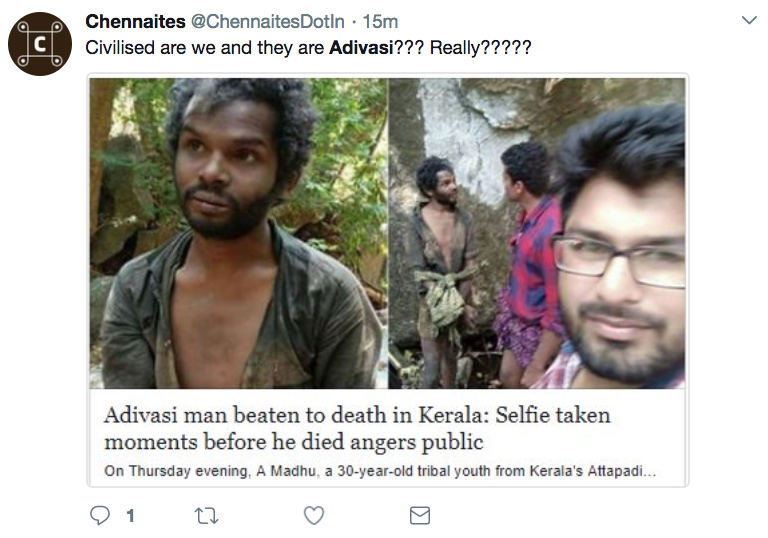