NEW DELHI: A lone fight by a conscientious retired military officer Commodore Lokesh K. Batra has succeded to the point where the Central Information Commission has finally directed the Ministry of External Affairs to disclose the records related to the expenses born by Air India in ferrying Prime Minister Narendra Modi on his foreign trips. CIC RK Mathur directed MEA to collate the bills, rejecting its plea that this was not possible as the records were scattered and voluminous.

Cmdre Batra told The Citizen that he had filed the RTI after he came across figures to show that the travel bills of Prime Ministers were not cleared often for three or more years, with Air India and the taxpayers bearing the brunt of the delay. The interest lost was born by taxpayers, and hence he decided to find out exactly what were the costs incurred to Air India as well as to the public at large. 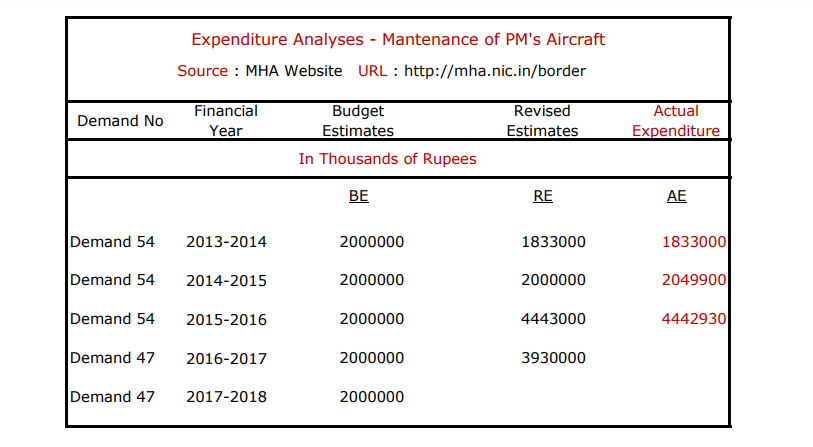 It has not been an easy battle, with the retired naval officer running into Ministry blocks. In fact, the “rude” lawyers he encountered asking him repeatedly to verify his credentials compelled him to prepare a lengthy brief about himself. And get past the official language, to keep the RTI going despite the refusal of the concerned Ministries to supply him with the information that should have been posted on the websites as he pointed out.

In his argument before the CIC the Commodore said “unpaid bills/invoices raised by Air India are likely to raise its debt liabilities. These bills are yet to be cleared.”He pointed out that Air India in itself was a “cash-strapped airline that does not make money. Therefore, delay in settling these bills would also include sizeable interest figure(s), which needs to be paid at the expense of tax payers’ mone.”

As he told The Citizen on the one side debts going into hundreds of crores of rupees are not cleared by the government for just the Prime Minister, and on the other the government talks of Air India losses and privatisation.

Cmdre Batra said that he was not enquiring into the ‘travel arrangements’ of the PM but on the issues of “financial propriety, probity and accountability” in paying the bills. He further argued that the “expeditious recovery of Air India’s dues from various public authorities is the need of the hour considering tremendous financial stress of Air India.” These bills, he added, “are in the nature of the liabilities of the consumer(s) to pay back for the services rendered by Air India.” He quoted the PMO website to point out that the pending bills are either under process, or have not even been received for the journeys undertaken by the PM since 2016 till date.

He urged that the complete details (bills and invoices from the FYs 2013-14 to 2016-17) as sought for in this RTI application should be furnished to him. He stated that incomplete information has been supplied to him.

Cmdre Batra pointed out that the bills for the Vice President that are to be cleared by the Ministry of External Affairs had piled up to Rs 300 plus crores over a eight or ten year period because of non payment. He said that the Prime Minister’s bills for just a year were more than this figure, and had not been paid.

Interestingly, the Commodore said that his curiosity had been further stoked when he came across just one bill of PM Narendra Modi’s visit to Bhutan of about Rs 2.45 crores chartered flight. He said that he wondered that if this was the amount for just the charter to Bhutan, it would be in the interest of the taxpayer to find out what the annual costs for just the Air India planes were. He was surprised to find that this information had been turned into a classified secret, with even the system of payment cumbersome and weighty. Cmdre Batra said figures post 2016 are not available.