NEW DELHI: Legislator from late Jayalalithaa’s constituency, nephew of Sashikala, TTV Dhinakaran has thrown his hat into the Tamil Nadu ring by launching a new political party. Seeking to claim the legacy of the two AIADMK women, Dhinakaran's Amma Makkal Munetra Kazhagam (AMMK) (Amma Peoples Progressive Party) has a black, red and white flag resembling the AIADMK party flag with the one crucial difference: it has Jayalalithaa’s image at the centre.

Dhinakaran who has been claiming to be the true inheritor of the AIADMK legacy, has now declared that his ‘pressure cooker’ (symbol cleared by the Delhi High Court) will now swallow the AIADMK, “save it from the clutches of traitors.” 18 expelled legislators of AIADMK along with three others namely A.Prabhu, V.T.Kalaiselvan and E.A.Rathinasabapathy were present at the launch today.

Dhinakaran said, “To overcome the hindrance put up by enemies and to bring back the success of revolutionary leader Amma, I am starting this political journey”..” He added, “we will win all upcoming elections from now by using latest name and party flag,”. And that, “We will also try to retrieve the two leaves symbol, till then [we] will use [the] cooker symbol. The party would strive for the success of the Amma’s vision.”

The AIADMK had expelled 18 MLAs and 44 party functionaries from the party primary membership for their open support to Dhinakaran, afraid that he would take over the organisation. He is a popular figure in the party, and enjoys considerable support. The AIADMK is mainly backed by the two dominant castes of Tamil Nadu, Thevars (Mukkulalthors) and Gounders. Dhinakaran belongs to Kallar- a section of the Mukkulathors community--and hence enjoys this support. He also has a greater appeal as his aunt Sasikala, the right hand of late CM Jayalalithaa, had exercised considerable clout within the party organisation. Dhinakaran had earlier claimed that there were sleeper cells within the AIADMK that would come out to exercise a no confidence vote against the current government. Horsetrading is now a real possibility with Dhinakaran expected to draw on the AIADMK to legitimise and expand his new outfit.

Tamil Nadu is witnessing a sea change in its politics, with the hegemony of the DMK and AIADMK being effectively challenged now that the patriarchs are either dead, or ailing and inactive. Actor- turned- politician Kamal Haasan launched his Makkal Needhi Maiam( People’s Justice Centre) in Madurai on February 21, after a campaign attacking the state government as well as the BJP without mincing words. Actor Rajinikanth, who announced his entry into politics in Chennai on December 31, is expected to launch a new party soon.

The DMK remains intact, with M.Karunanidhi having declared a successor during his lifetime. Stalin is the favoured son, and given the fact that the patriarch is still alive, has been able to consolidate his hold on the party. He is the working president of the DMK, and the feud between him and his brother M. K. Alagiri dormant. However, when Karunanidhi dies the ‘war’ could resurface as Alagiri has not reconciled to being the man on the periphery.

Dhinakaran is Sasikala’s nephew who played his cards well, by getting the blessings of Jayalalithaa when she was alive. His younger brother Sudhakaran was a ‘foster’ son to Jayalalithaa but she disowned him later. Dhinakaran joined the AIADMK in 1988, and was elected to the Lok Sabha from Periyakulam constituency in 1991. In 2004, he was given a Rajya Sabha seat and served till 2010 representing AIADMK. During his stint as MP in the Lok Sabha and the Rajya Sabha, he maintained a low profile. In 2011, Jayalalitha expelled him along with Sasikala and her family from her residence as well as from the party membership in the wake of corruption charges. Although later Sasikala renewed relations with the late CM. Dhinakaran was neither allowed into the residence nor inducted into the party until after Jayalalithaa’s death. His aunt readmitted him to the party and elevated him to deputy general secretary in her absentia. He was later ousted from the post after the merger of the EPS-OPS factions.

Dhinakaran was arrested for allegedly bribing the officials of election commission for retrieving ‘two leaves symbol’ of AIADMK. His family members and his friends were recently subjected to IT raids. He has been mired in various legal controversies. At present, he is a first time MLA as an independent candidate to the 234 members assembly of Tamil Nadu by winning from Jayalalithaa’s constituency with a margin of 40,000 votes. 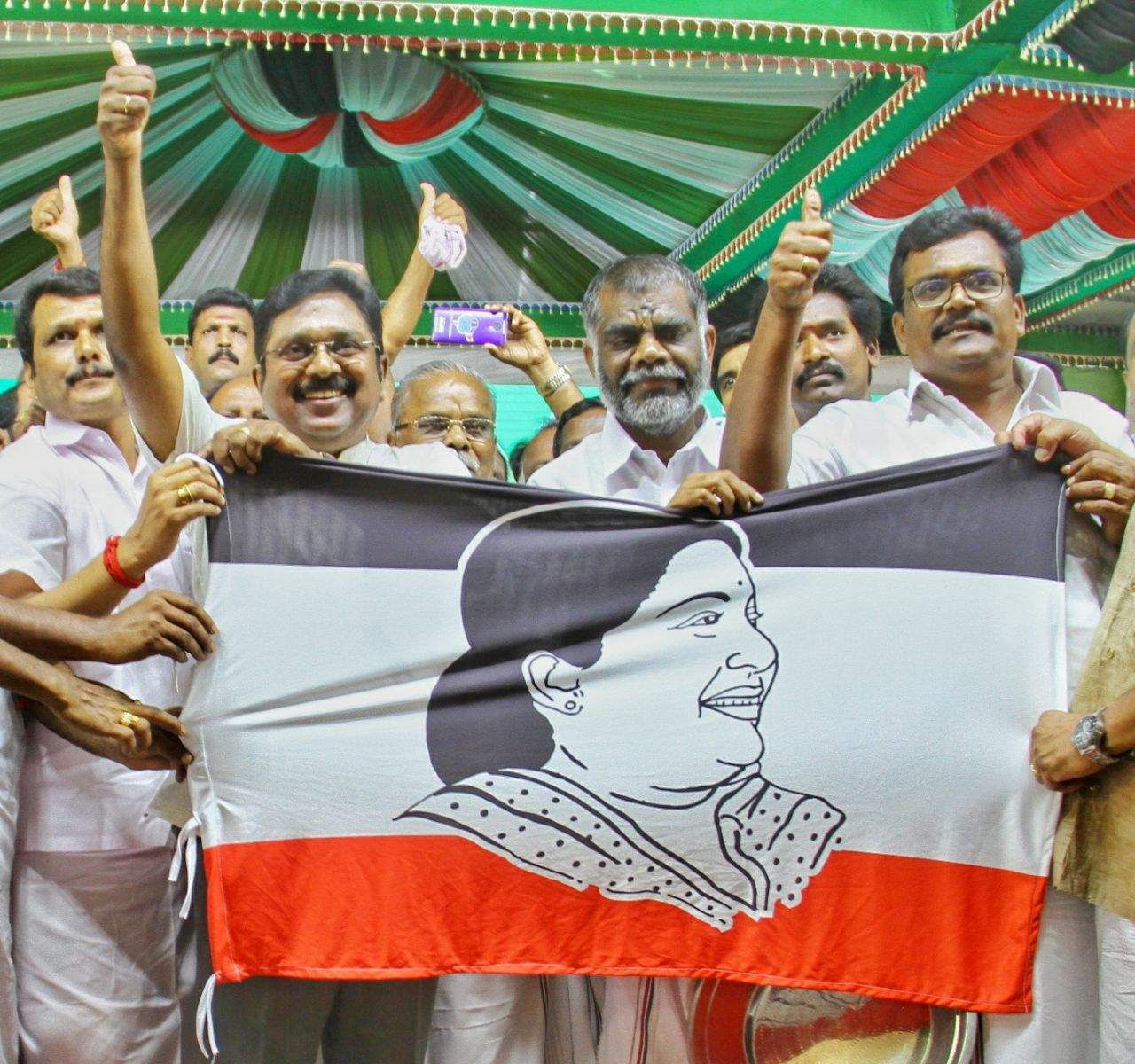