Does Anyone Remember Dr Kafeel, the 'Hero' Who Saved Children in Gorakhpur? In Jail Without Bail

NEW DELHI: “You think by getting cylinders from outside you have saved lives and are a hero, we will see about that,” said Chief Minister Yogi Adityanath to young doctor Kafeel Khan during his visit to Baba Raghav Das hospital in his home constitutency Gorakhpur. This was after over 70 children had died because of a shortage of oxygen, crucial as medication in encephalitis cases.

Dr Khan had shot into prominence, without trying to, as he rushed trying to secure oxygen to save the dying children. It is an acknowledged fact amongst Gorakhpur’s medical community that had this doctor not taken the initiative, the toll would have been far higher. However, instead of thanking him and handing out the awards that the state government uses as doles, Adityanath rebuked him in front of several staff members during his visit to the hospital. He was not in charge, was on duty in another ward, but rushed to save the children, working through the night. Television crews captured this and interviewed the doctor who in one of his initial responses spoke of the shortage of oxygen that was subsequently found not to have been renewed, because of non payment of dues. And despite several reminders by the agency Pushpa Sales to the hospital and the state government with final warnings that further supply would be stopped until the backlog was cleared.

Shortly after Adityanath’s ‘will teach you a lesson’ attitude according to sources who had heard him, Khan was suspended. The Citizen spoke to him at the time, found him terrified, and too scared to say a word. All he said was, “they are after me, I cannot speak” and switched off his phone. Others in Gorakhpur who knew him said he was scared, and under tremendous mental pressure. As a senior doctor told The Citizen, “Dr Khan is a good man, well known, diligent and did what any conscientious doctor would do. He has been penalised and jailed for a crime that is not his.”

Khan was expecting the arrest, but hoping against it in the belief that justice would prevail. He was wrong. And in September last year was arrested, along with two other doctors. He was initially lodged with them, but after two days was shifted into the general criminal ward. Sources said that recent attempts to meet him have been futile. Khan has been unable to meet visitors in recent days with the excuse that he is “suffering from high hypertension and not well.”

Khan has spent almost six months in jail, with his bail pleas being rejected. He was included in a FIR filed against nine persons by the state government and was arrested later by the Special Task Force constituted for the purpose. This followed a high profile enquiry by the District Magistrate, and then subsequently by the Chief Secretary with Khan being accused of not informing his seniors in time, of taking leave without proper permission, of running a private practice against norms.

Following is the argument leading to the rejection of his bail: 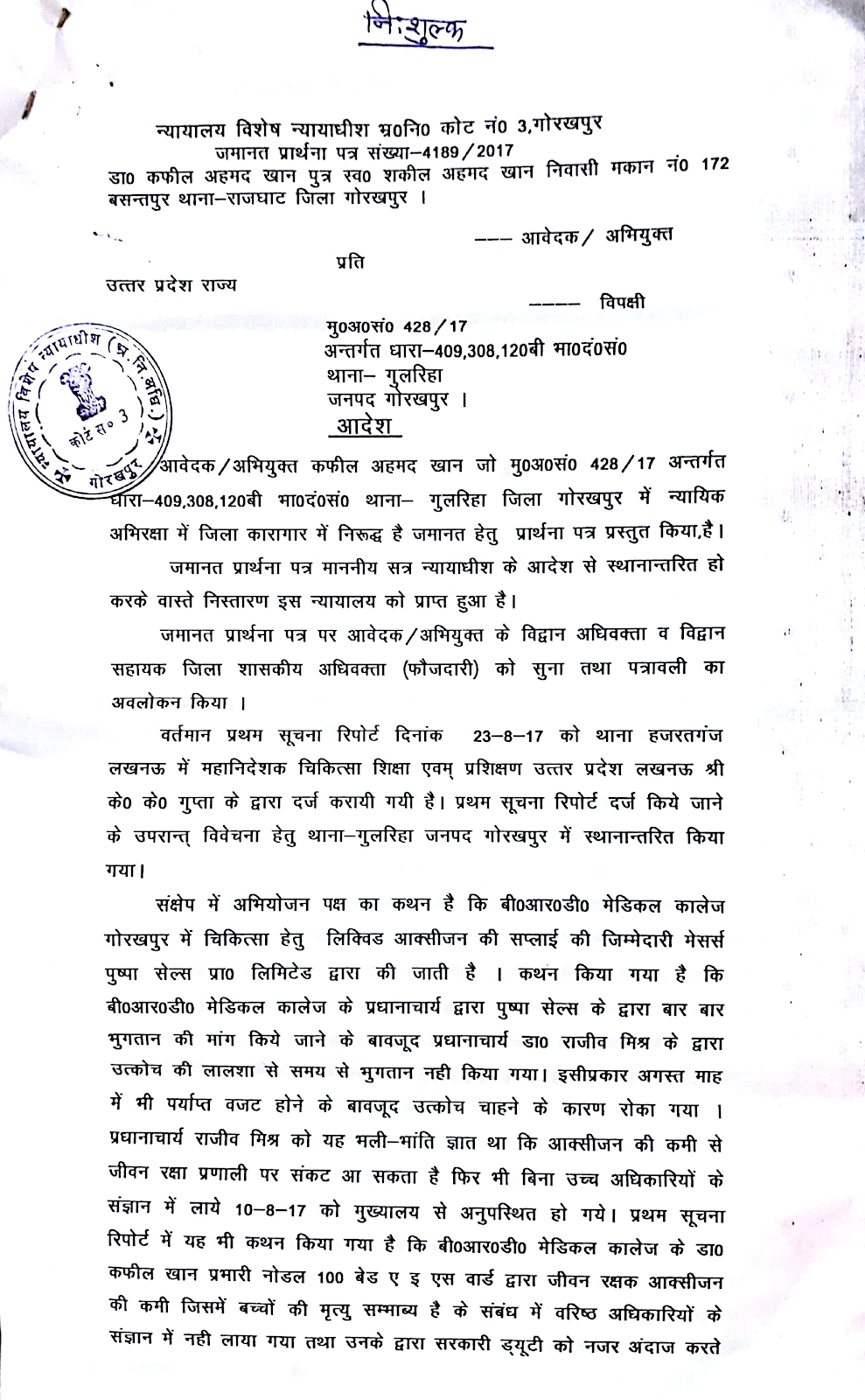 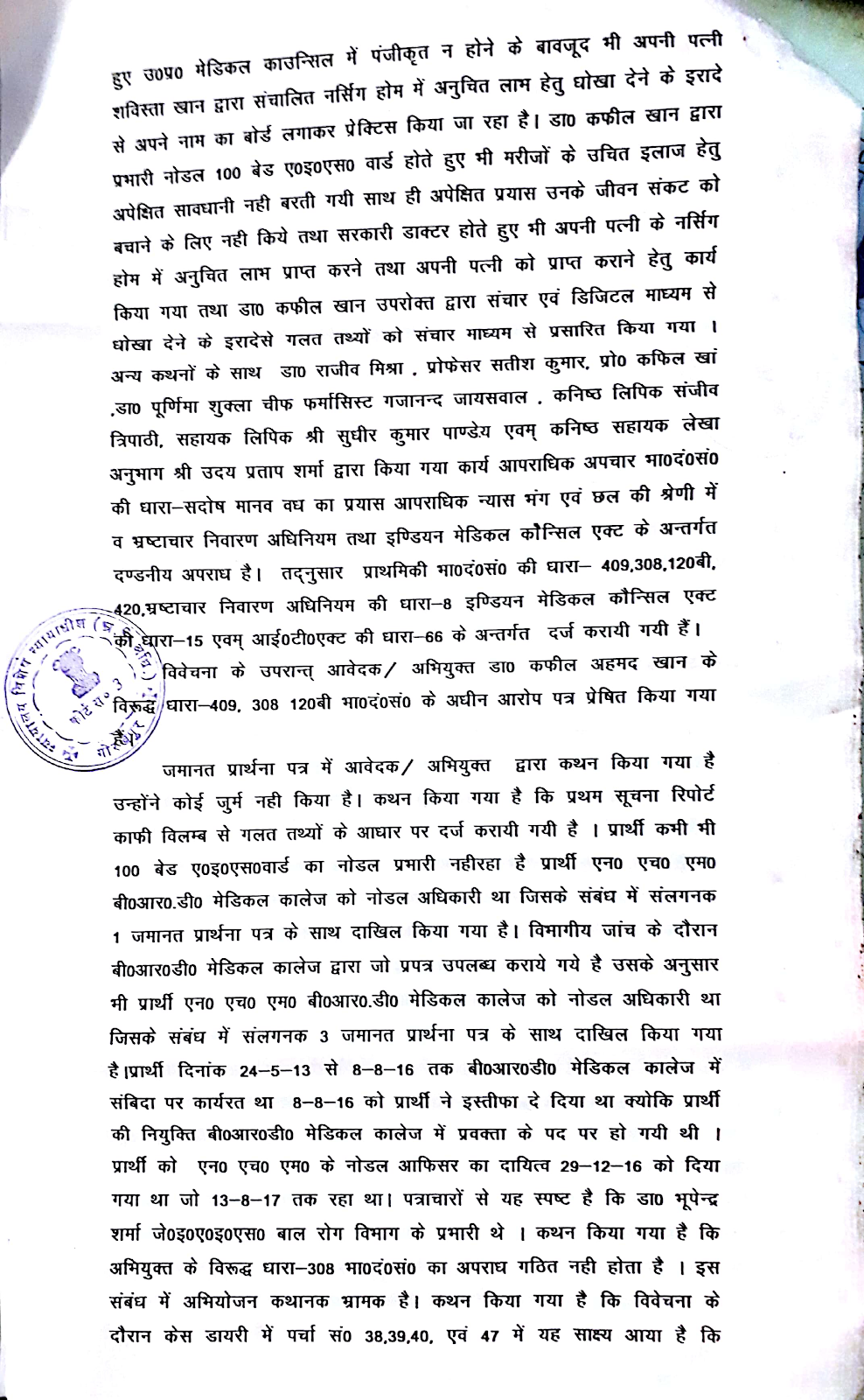 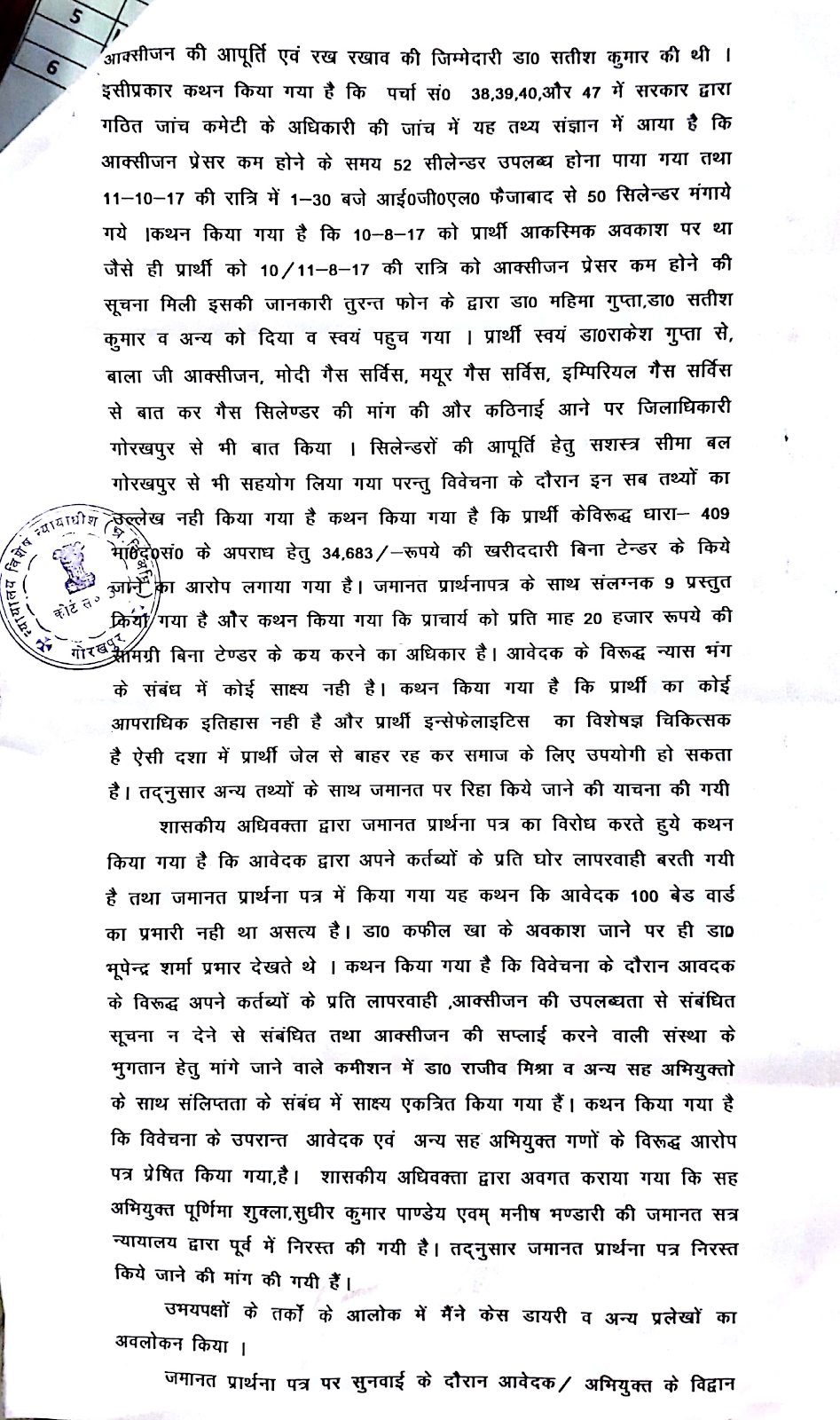 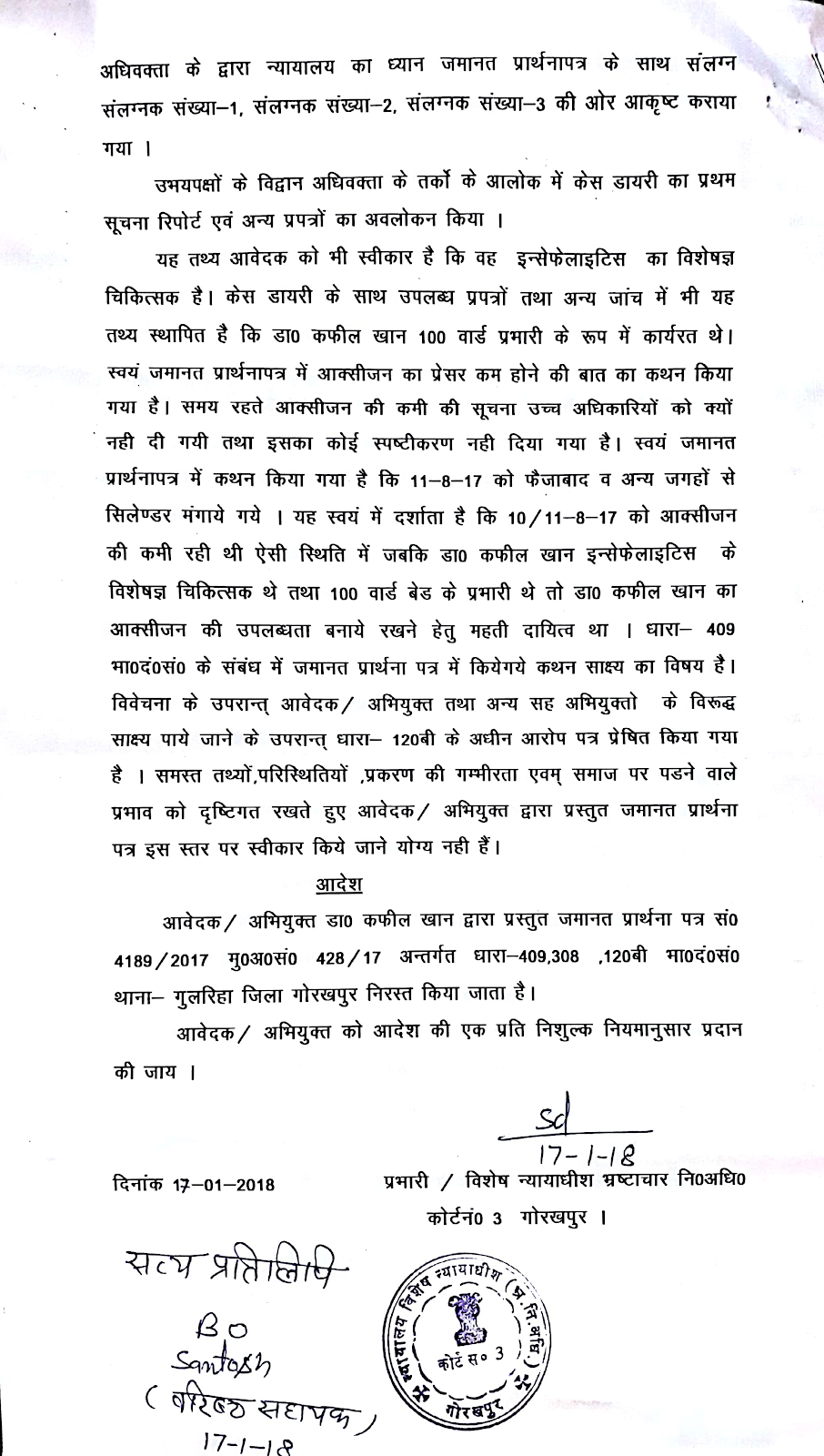