A young Kashmiri man walked into my office just now, and said, “Asifa is not just a rape of a body, but an intended rape of Jammu and Kashmir, they had planned to use this to divide our state.” And then asked very worriedly, “do you think there will be justice now?”

I had no answer for the second question. But his first statement made me think more deeply about what our reporters and I had been writing but not in sufficient detail : the plan to rape a Muslim to prevent the nomads from coming down to Jammu in which the maniacs targeted 8 year old Asifa. To use the rape and the murder to strike fear and cleanse Kathua and the adjoining districts of nomadic presence.

That after her body was discovered the villagers refused to allow her to be buried in their land is well known. That she was buried in another Muslim majority village as a compromise is not as well known. That subsequently her terrorised family has had to leave their little house and ‘disappear’ into the mountains is even less known. And that the Bakarwala tribe to which they belong has also disappeared with them is a fact no one is currently willing to talk about.

There is this silent anger in Kashmir about the complete lack of response about Asifa in the rest of India. An anger that has prevented the Kashmiris from applauding Delhi’s sudden realisation about the crime committed really four months ago, in January. Since then the Kashmiris have been protesting for justice on the roads, facing the so called security forces, even in the midst of ongoing encounters, clamp downs, arrests and daily violence.

The almost sullen silence from Kashmir is in sharp contrast to the “great guns Rahul Gandhi” from the chattering classes in Delhi when the Congress president decided suddenly to hold a candlelight vigil at India Gate to commemorate Asifa.

To the ‘too late’ comments the answers came fast and furious. “Okay late, but at least he is out on the roads, at least there is a reaction.” It is this ‘at least’ that has been greeted with complete silence in Kashmir ---of course journalists there as here have been writing volumes---as it is this ‘at least’ that has pushed the Valley to the edge, alienated an entire people, and placed them and the Army that had almost gone back to the barracks before 2014 back in an eyeball to eyeball confrontation.

For every militant killed, a soldier is killed too along with several civilians. Over and over again, day after day with not a word from a single political leader in Delhi. In fact the only ones who talk about Kashmir are those from the BJP and the RSS, they spill their vitriol in the public fields, confident that there will not be a counter from any of those clubbed under the larger banner of the Opposition. The BJP has succeeded in making it ‘anti national’ to express concern about Kashmir and Kashmiris, to care, to talk.

The young Kashmiri, thus, was not particularly enthused about the candlelight vigil in Delhi last night. He knew of it but did not bother to attend. Why? “You all are looking at it as a rape, when it is far more than even that, it is a communal rape, do you even realise that?” he said quietly summing up the responses really of others like him from the Valley on the social media.

For Asifa’s rape feeds into the larger conspiracy that the Kashmiris have not just been sensing, but protesting against for four long years now. The silence of Delhi through this long travail has led to not just deep insecurity in the Valley but large scale alienation starting from the indiscriminate and inhuman use of pellet guns, and moving now into direct confrontation with the Indian Army through encounters and large scale protests. The number of casualties are rising with the anger, creating a vicious cycle in the complete absence of dialogue and reconciliation.

The Indian Army, highly placed sources said, is under instructions to keep the militancy ‘down’ and continue the offensive not just at the LoC against Pakistan but within the Valley itself. Alongside efforts to communalise the divide continue, with irreparable damage as the communities are pitted against each other in a Jammu vs Kashmir battle represented by the Jammu BJP and the Muslim PDP. In between remains the National Conference with Omar Abdullah active on Twitter, and the Congress party barely visible. In fact the candlelight midnight vigil cut no ice in the Valley as the Congress has been in absentia for these long years, where the people have been literally facing the bullet without any help or support.

The absence of a national voice for dialogue, and a secular voice for reconciliation has done extreme damage to the state. Communalism has grown and as the chargesheet (below) proves yet again, the abduction and subsequent rape of Asifa in a temple, was intended to feed into the communalisation that has grown dramatically over the last few years. The Kashmiris protested asking for justice, while in Jammu the BJP legislators took out a march protecting the rapists. And just earlier this week, Jammu lawyers countered the demand of the Kashmiri lawyers for justice, by blocking the investigating team from filing the chargesheet against the accused.

Again as the young man whose name cannot be disclosed as he is a government servant said, “if Delhi people had spoken out in January perhaps things would not have come to such a pass.” And the two parts of the state would not have been so much more communalised, that for the first time the Bakarwala tribes have had to flee what they had known as home for ever.

The Kashmir's have been targeted systematically under the new government at both the state and centre. After the pellet attacks, and finding no response from any one at the centre, the Kashmir masses started providing themselves the security. Large crowds started turning up at funerals, of alleged militants or just civilians, providing a barrier for the grieving families and the ever present security forces. Despite action, the practice remained and soon moved to encounter sites, with crowds appearing as if from nowhere to act as barriers between the forces and the alleged militants holed up in houses. This is being done even today, the last weeks Kulgam encounter being a case in point where the militants finally escaped with at least four civilians and one soldier dead. The locals helped in the escape, prepared to lay down lives.

Hope in Delhi, that did exist, seems to have disappeared. There is no enthusiasm as the young people have moved away, on to another path with Asifa’s rape being the proverbial last straw. There is a helplessness under the anger, that deepens the alienation and the deep suspicion. This will not be overcome by midnight vigils, or Facebook posts.

However, persons like Ramesh Kumar Jalla, the Senior Superintendent of Police, Jammu and Kashmir Crime Branch and advocate Deepika Thusoo Singh do cut into the anger. Both are Kashmiri pandits. 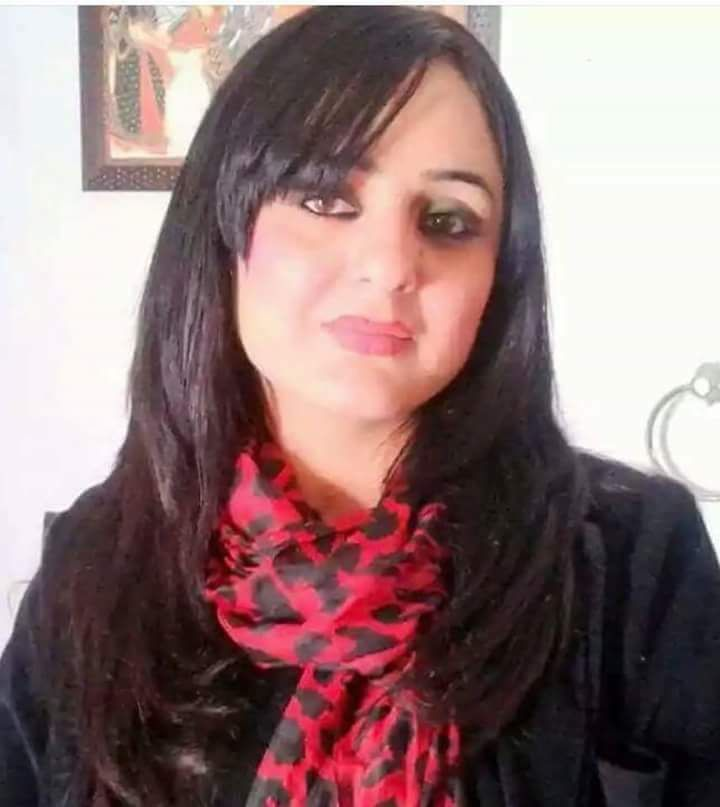 The one by conducting an independent bold investigation, the other by appearing for Asifa and her family in the courts. Thusoo moved the courts to ensure that the case was transferred to the Crime Branch. But again as the young man points out, “they are from Jammu and Kashmir, not from your Delhi.”

You can read the full chargesheet