Why Has Congress Not Expelled The Man Who Also Led the Hindu Ekta Manch March in Kathua?

NEW DELHI: One man who has managed to remain under the radar, at least outside Jammu and Kashmir, after the Hindu Ekta Manch was formed in Jammu following 8 year old Kathua rape victim brutal rape and murder, is Congress member and former Sarpanch Nonath, Ghagwal Vijay Tagotra. He is a key person who helped form the Manch that earned notoriety by taking out the first march in support of the persons arrested by the state police for the rape in February, shortly after the little girls body was recovered in the Rasana forest.

Sharing the front line with the 2 BJP Ministers who have now been made to resign from the Council of Ministers after the shout of protest from all over India against the rape, Tagotra has been suspended from the party but not expelled. No further action has been announced against him after the suspension, and that too much later when the volume of public protest grew. Reports suggest that two other prominent Congress members from Jammu Girdhari Lal and Subhash Chander also participated in the march.

Just like the two Ministers remain as members of the BJP and at least one of them has taken out a rally in his own support since. (Read: BJP Minister Lal Singh Repeats Kathua March in Jammu For Release of Rape Accused)

Tagotra led the Hindu Ekta March, that demanded the release of the rape accused, and a CBI enquiry. Carrying the national flag this march expressed open and blatant support for the alleged rapists, with the torture and rape of the 8 year old becoming secondary. It created widespread fear in the area, as the Bakerwala tribes had largely fled the area following the rape and the open threats to their own safety and security.

Tagotra’s maintains an active Facebook page, that is aggressive advocacy for a CBI probe into 8 year old murder and rape. In videos posted on the page he has taken responsibility for the formation of the Hindu Ekta Manch, applauding the people of Jammu for supporting its bandh call for a central investigation into the crime.

His latest post for a CBI enquiry equates Kathua rape victim murder with the Ryan school students case stating that the bus driver, tried by the media was going to be hanged, but was saved by a CBI enquiry. He would have been killed, says the post had it not been for the CBI probe. And that is why in the Kathua case too there has to be a CBI investigation. Implied but not stated of course is that those arrested are also innocent. Elsewhere in a video message Tagotra says very clear that the Manch has no trust in Chief Minister Mehbooba Mufti’s impartiality, and hence it was essential for the CBI to be brought in. His facebook posts keep asserting this over and over again, either through videos of the family of the accused, or through his own declarations. 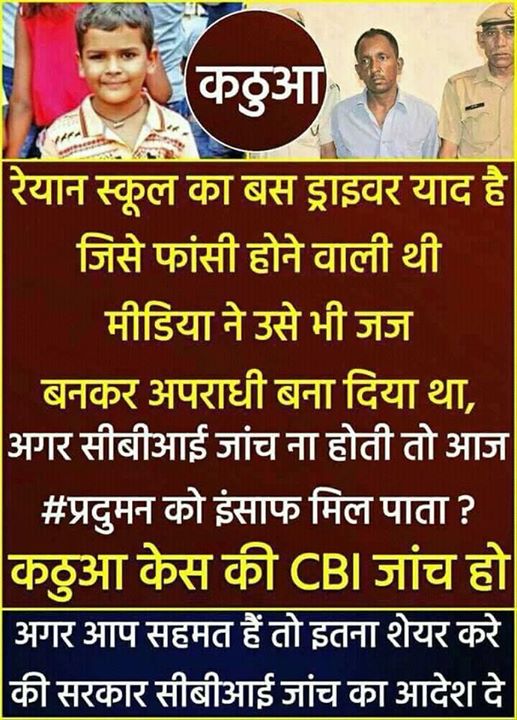 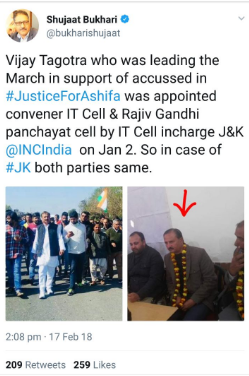 Even after the photographs and the virulent campaign he is running from Jammu, he remains only suspended and not expelled. His videos and comments since the formation of the Manch have only been about the organisation and not the Congress that has not said a word about his future in the party after the initial suspension. Tagotra’s basic push after the national outcry has turned to “Don’t defame us. We Want Justice for Kathua rape victim. We Only Demanded For #CBI Inquiry”. This was on April 14.

On April 11 he had added photographs of a Ghagwal bandh in favour of a central probe: 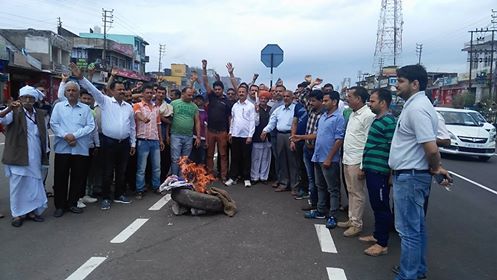 Significantly, the Congress has been playing divisive politics in Jammu and Kashmir for years now using two voices for the two regions. The BJP has taken this forward rapidly, with late scholar and activist Balraj Puri expressing deep worry in interviews and articles about the Congress role in supporting and strengthening the communal forces in the state.

Interestingly before the formation of the Hindu Ekta Manch in early March, Tagotra’s Facebook largely reflected his Congress affiliation. For instance on January 29: 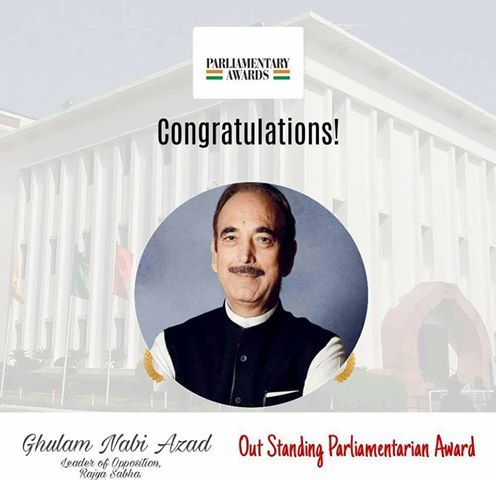