A Protest for Justice

NEW DELHI: In the wake of the recent events and mounting communal tensions, Bhim Army held a silent protest at Sansad Marg. While the main objective was protesting against Dalit atrocities, the demand for justice in Kathua and Unnao rape cases also became a part of the agenda.

With about 200 people standing in solidarity in the capital’s scorching heat, retired IPS Officer Darapuri said, “We are more in spirit and not in numbers today because our people have been stopped at different Police posts across Uttar Pradesh”. At the same time, a group of 50 people walked from Saharanpur to voice their anger towards the “insensitive and deaf government”, said Pankaj, one of the protestors. 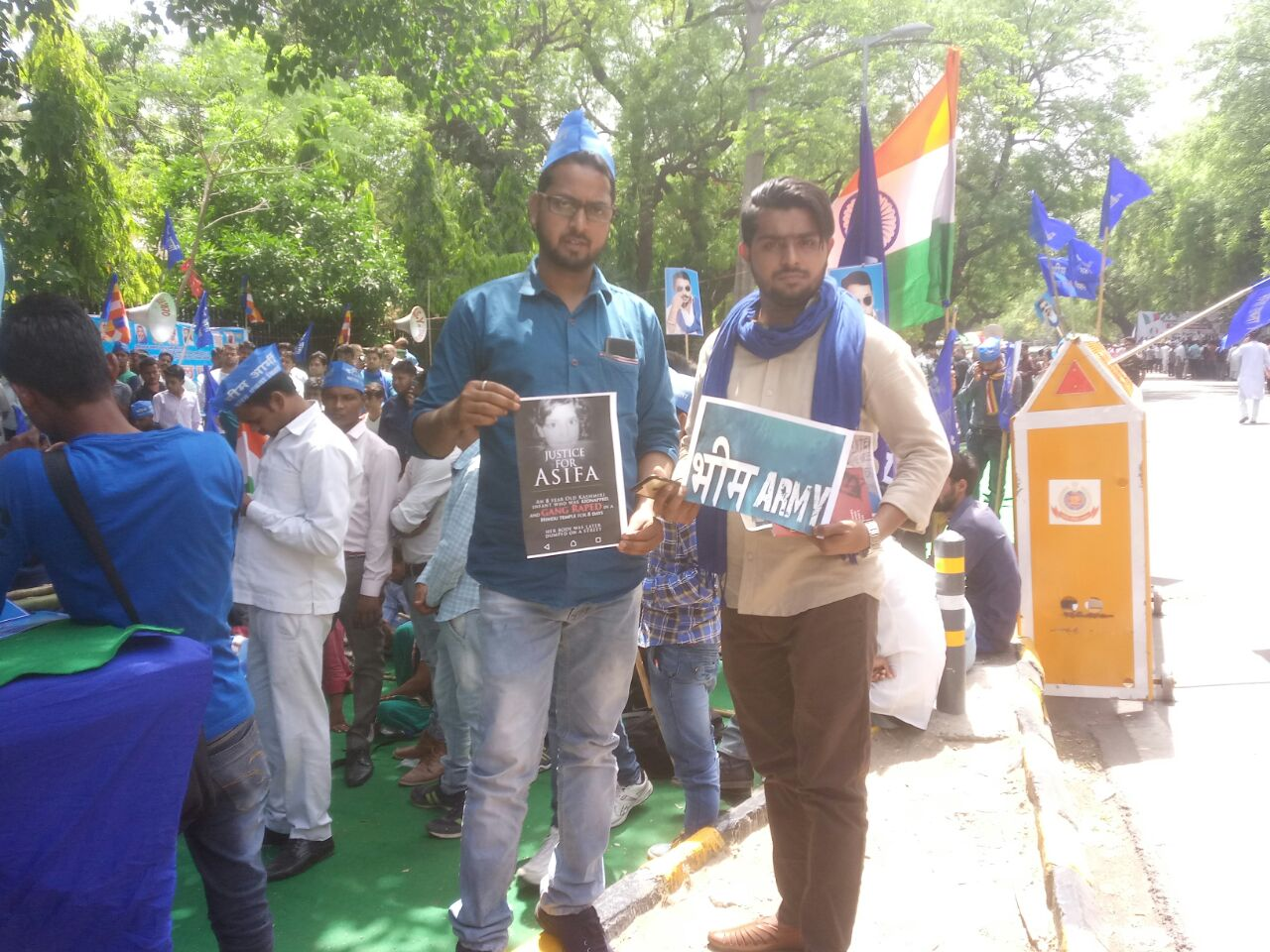 The reason behind organizing this protest, as shared by many present there was not only to demand the release of Chandrashekhar Azad Ravan but also to speak up for the lives lost during the ‘Bharat Bandh’ observed on April 2, 2018. The demand for justice in the Kathua and Unnao rape cases was also reiterated where it is believed that “both the issues face equal amount of unresponsiveness by the current administration”, added another member of Bhim Army.

The ‘Maun Vishal Pradarshan’ also witnessed the coming together of people from different minority sections where the unanimous effort was the need for justice and inclusion in the whole of society. Hafiz Ghulam Sarvar, a spokesperson for All India United Muslim Morcha said, “We are a part of the same nation and face the same issues as our Dalit brothers. It is an effort to bring together all the minorities who do not have any political affiliation but stand to be an equal citizen, a part of the same Constitution”. 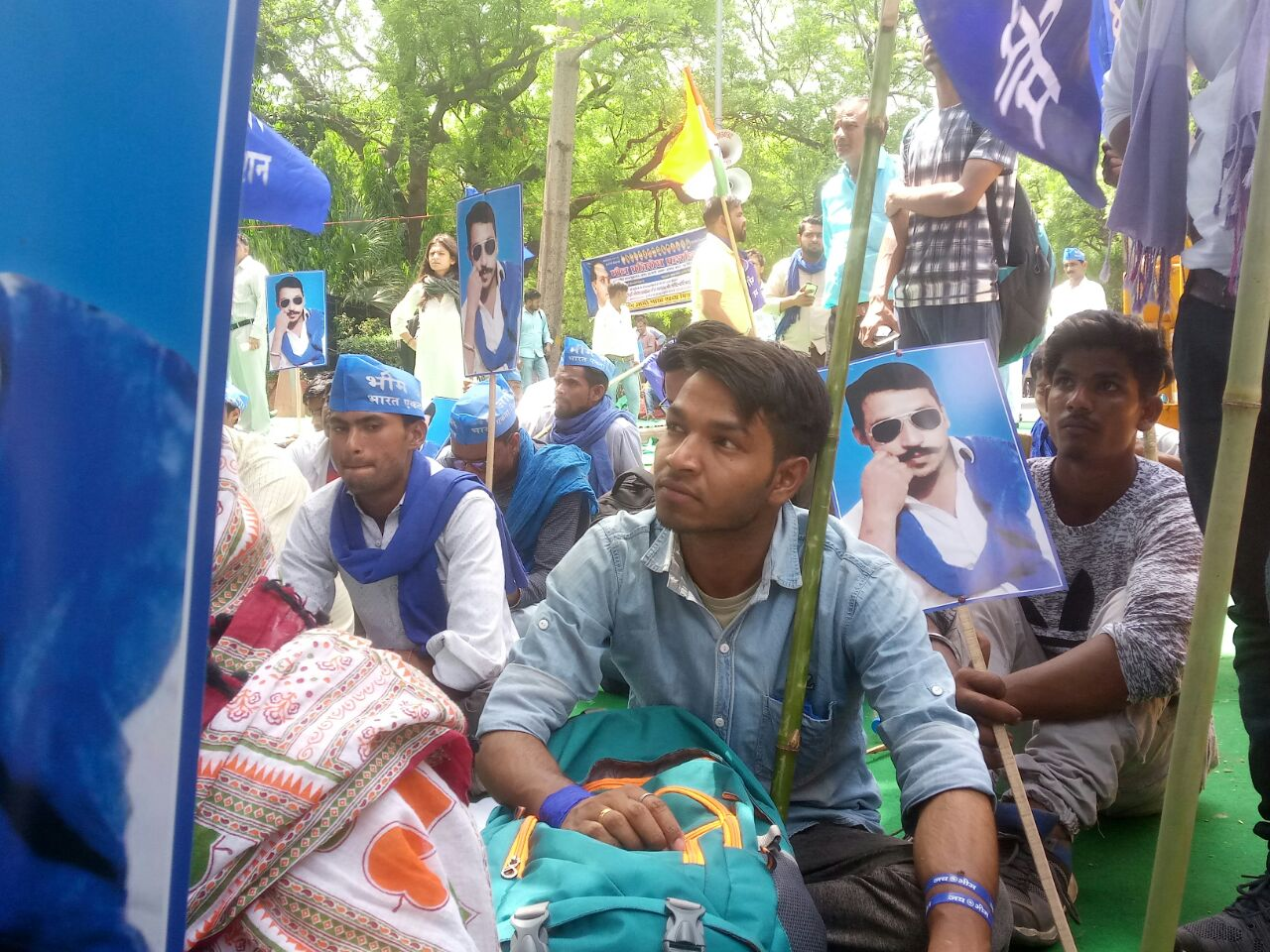 Upasana, a student was of the view that women face double disadvantage if they belong to the dalit community- first, as the ‘second gender’ and more, due to the community they belong to. The shared disappointment towards the current administration resonated amongst every individual present at Sansad Marg.

The atmosphere at Sansad Marg was one of unity in diversity, echoing the true spirit of Indian democracy where the voices called for justice and “Jai Bhim” became the crusader. With vibrant placards demanding justice for the Kathua victim and Chandrashekhar floating around the streets, it was clear that this was the “silence before the storm”. With the demand being the release of their leader, an activist said, “if Azad is not freed before April 25, we will resort to other means of agitations and protests. The whole case against him is completely fabricated with no grounds for his arrest. What takes three months in process to arrest a person was only done in three hours which is unconstitutional”. 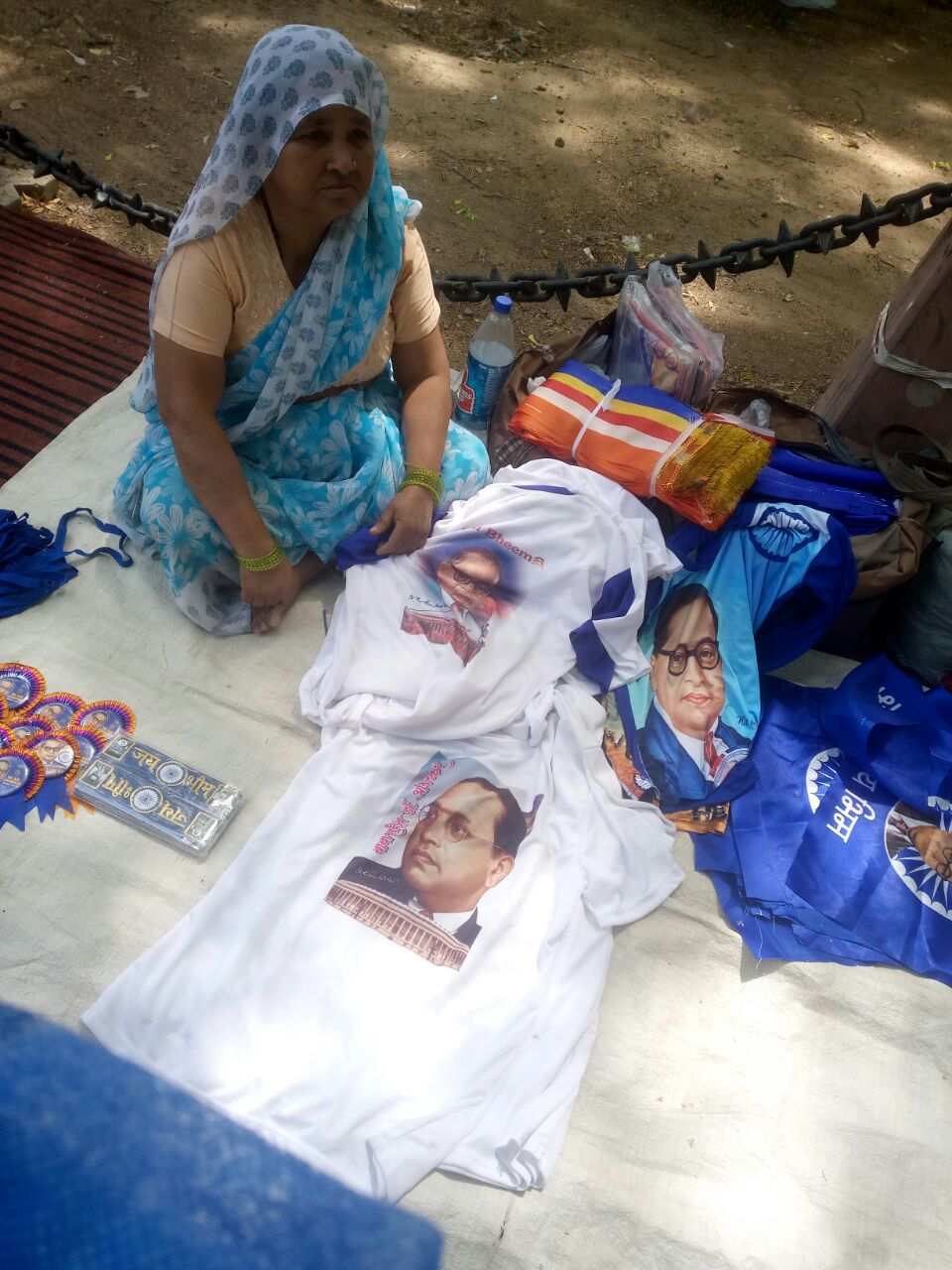 Speaking to The Citizen, Sanjeev, an “Ambedkarite”, expressed his discontentment with the government and said, “there has always been a pattern of violence against the minorities and it has only risen with BJP coming to power.”

Another activist from Muzaffarnagar, Tikambodh spoke about the contribution of Dalits towards the development of the country where “600 schools are being run by them in different parts of the country”, highlighting the irony- “Shikshit kar rahe hain lekin ban nahi pa rahe!” (we are educating others but do not have access to it ourselves). Rupani, another protester believes that only protests can bring about the power in women and this fight is not for one child but every child in every Dalit household. 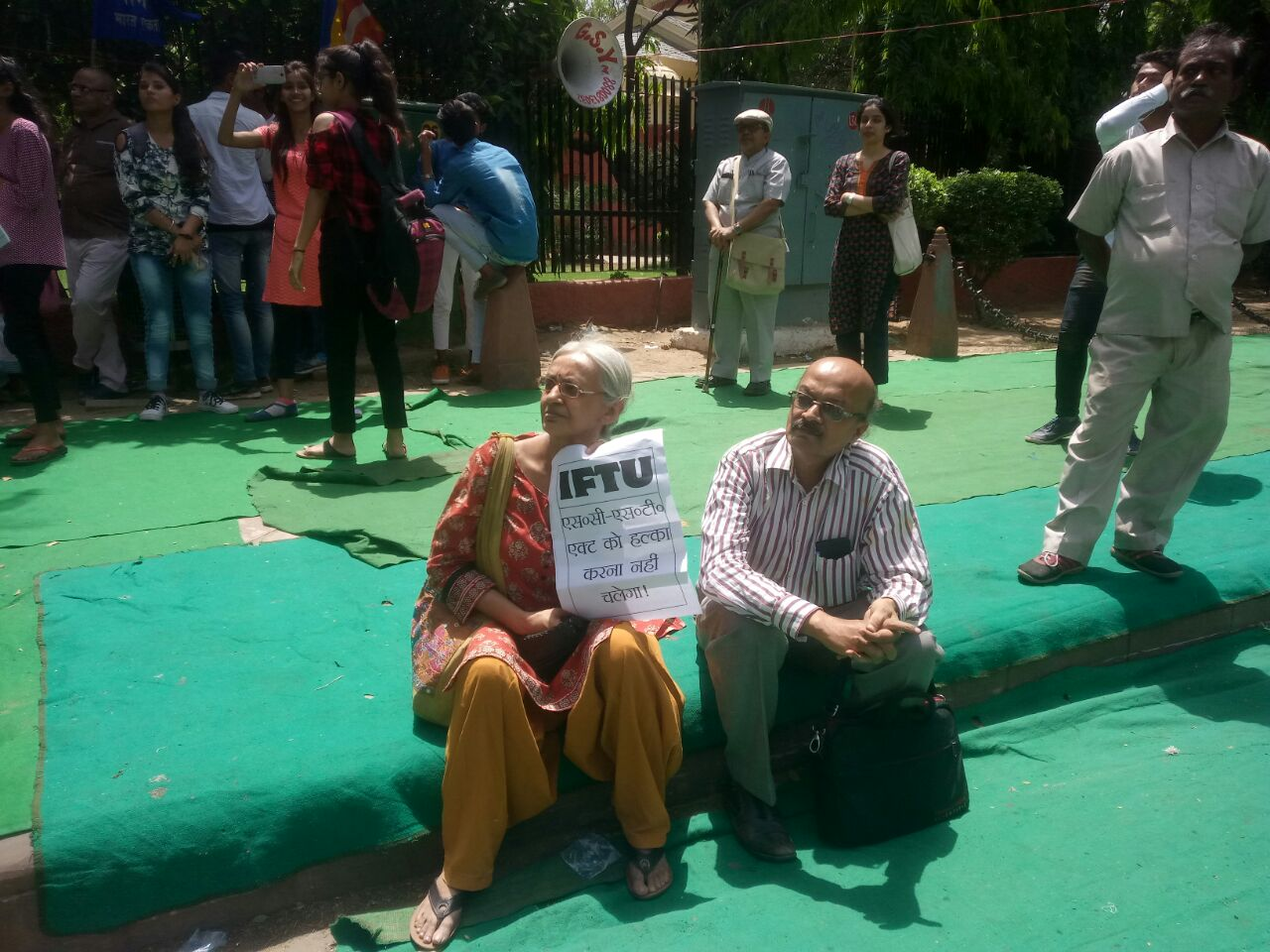 “We will continue to protest until and unless we get what we want for us and our kids. It is a cause we will never stop fighting for. This is for the martyrs who lost their lives giving their blood and not sweat”, she added.

As Martin Luther King Jr puts it, “Nothing strengthens authority so much as silence”, Bhim Army has transformed the nature of its protest in wake of the recent vigils in support of Kathua and Unnao incidents. The movement seems to be gaining the deserved momentum and support from all other communities which makes it a fight for justice- for one and all. 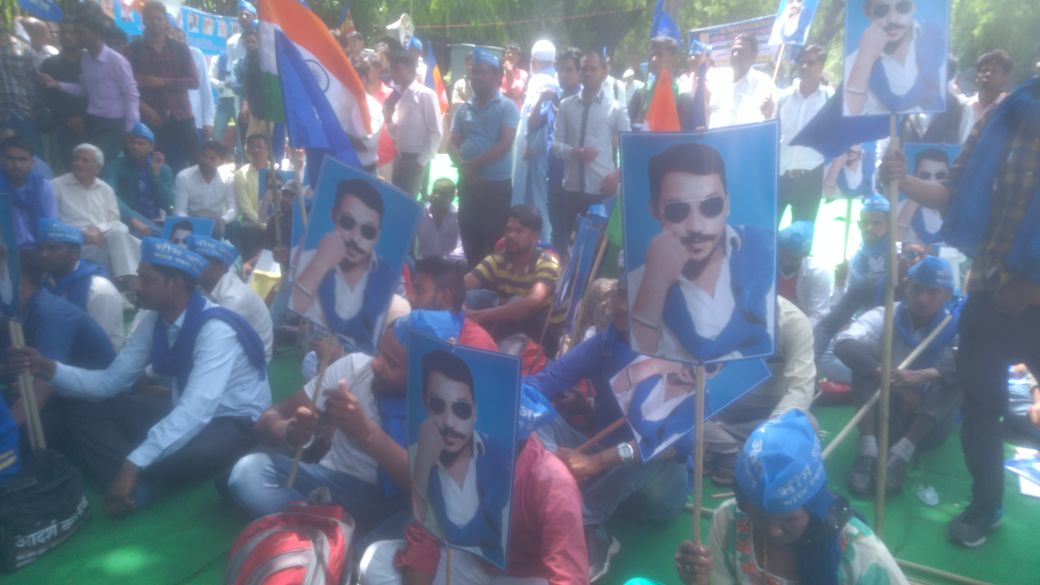 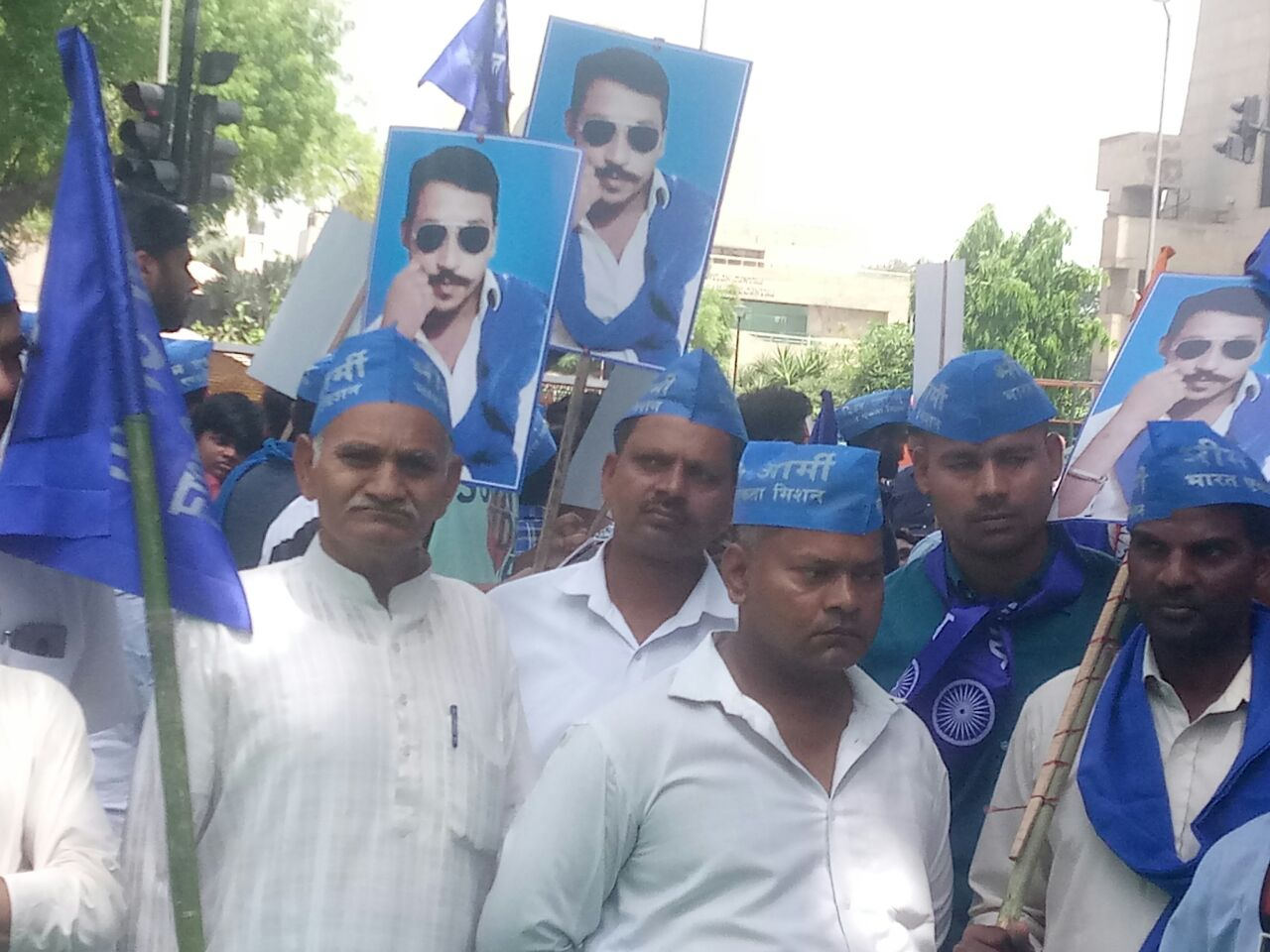