Manish Chandela took to Twitter to claim responsibility for a fire at Rohingya settlements.

An alleged member of Bharatiya Janata Yuva Morcha (BJYM), a youth outfit of the BJP, claimed responsibility for the recent burning down of Rohingya Refugee settlements in Delhi. The ‘makeshift’ settlements in Southeast Delhi’s Kalindi Kunj area were set afire in the wee hours of April 15, 2018 leaving about 224 refugees homeless and 45 shanties in ashes. At the time of writing, the fire department has not identified the cause of the fire.

The youth identified as Manish Chandela who claims to be a ‘Hindu Nationalist Gujjar Leader’, took to twitter and claimed responsibility for the act through a tweet. The tweet was immediately deleted by him on advice of one of his followers @BeHoldShiv. Navaid Hamid, President of All India Muslim Majlis-e- Mushawarat was the one who identified the youth and forwarded his tweets to Delhi Police and the Prime Minister’s office, calling for immediate probe into the matter.

Chandela’s claims have not been verified, but criticism is now mounting as to why there has been no investigation into the claim whatsoever.

The Citizen had recently carried a story capturing the lives of the refugees after the fateful day of April 15,2018 that destroyed their ‘homes’:

Earlier today, Prashant Bhushan, an advocate wrote a letter to Delhi Police to register a case against Chandela calling for his immediate arrest. Bhushan also accused the youth wing member of spreading and inciting hatred amongst public through his twitter handle.

Meanwhile, Navaid Hamid, speaking to The Citizen, said that the next step is of “writing a letter this afternoon to the Commissioner of Delhi Police demanding immediate arrest of the Manish Chandela under the appropriate sections of Indian Penal Code”, which he shared with The Citizen. “The matter has to reach the authorities and an action must be taken against him. I stumbled upon his tweets while surfing and I was horrified to see no trace of guilt while he constantly directed hatred towards the Rohingyas”, added Hamid. Hamid is also being subjected to immense abuse from the followers of Chandela ever since he exposed the harsh tweets from the latter.

As a recent development, Chandela has however taken down his twitter handle @CHANDELA_BJYM this afternoon after the extensive coverage and demands of action against him. It was on the same day as the incident that Chandela had reportedly tweeted at 1.16 am from his twitter handle: “Yes, we burnt the houses of Rohingya terrorists.” that caused the outrage. Another tweet from the ‘claimant’ reads: “It is better to be a bhakt than a terrorist” which he shares with he followers.

Here are the series of tweets that the BJP youth wing member had tweeted after the incident: 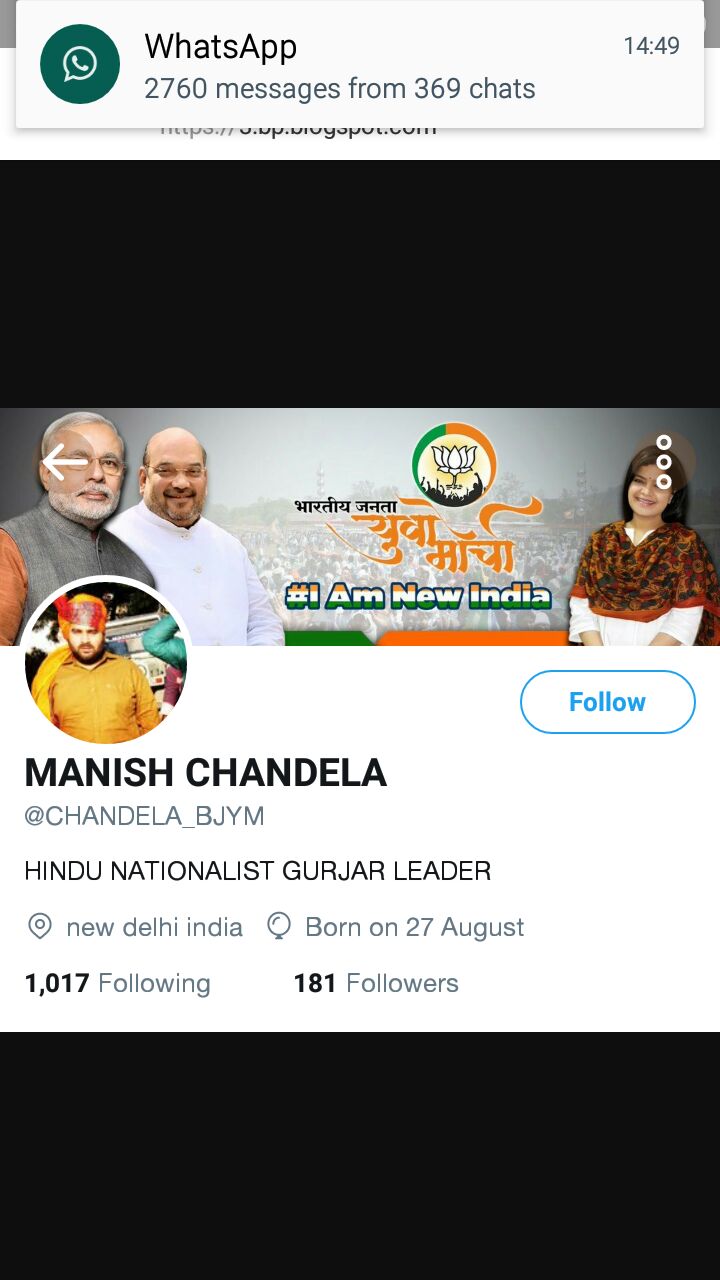 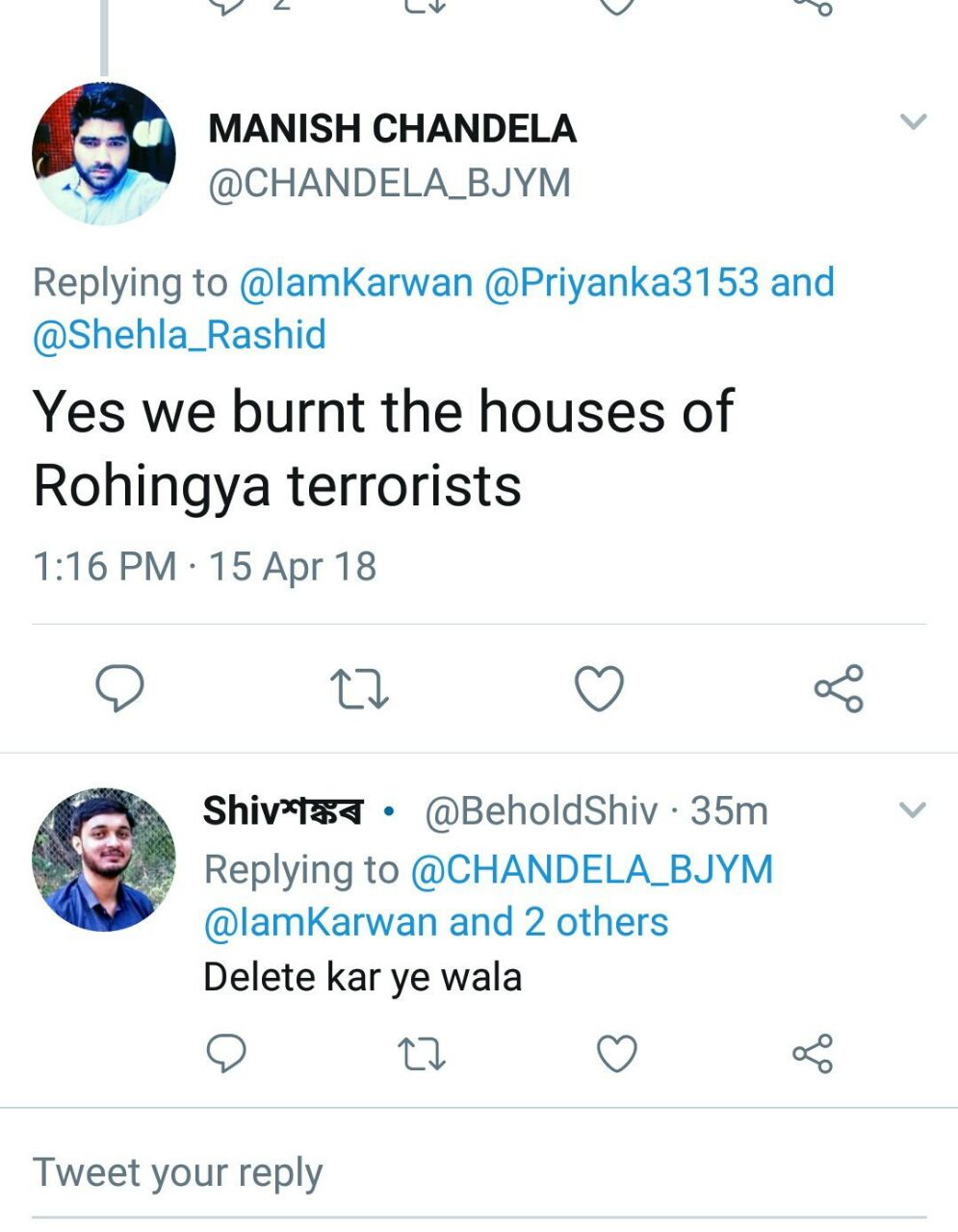 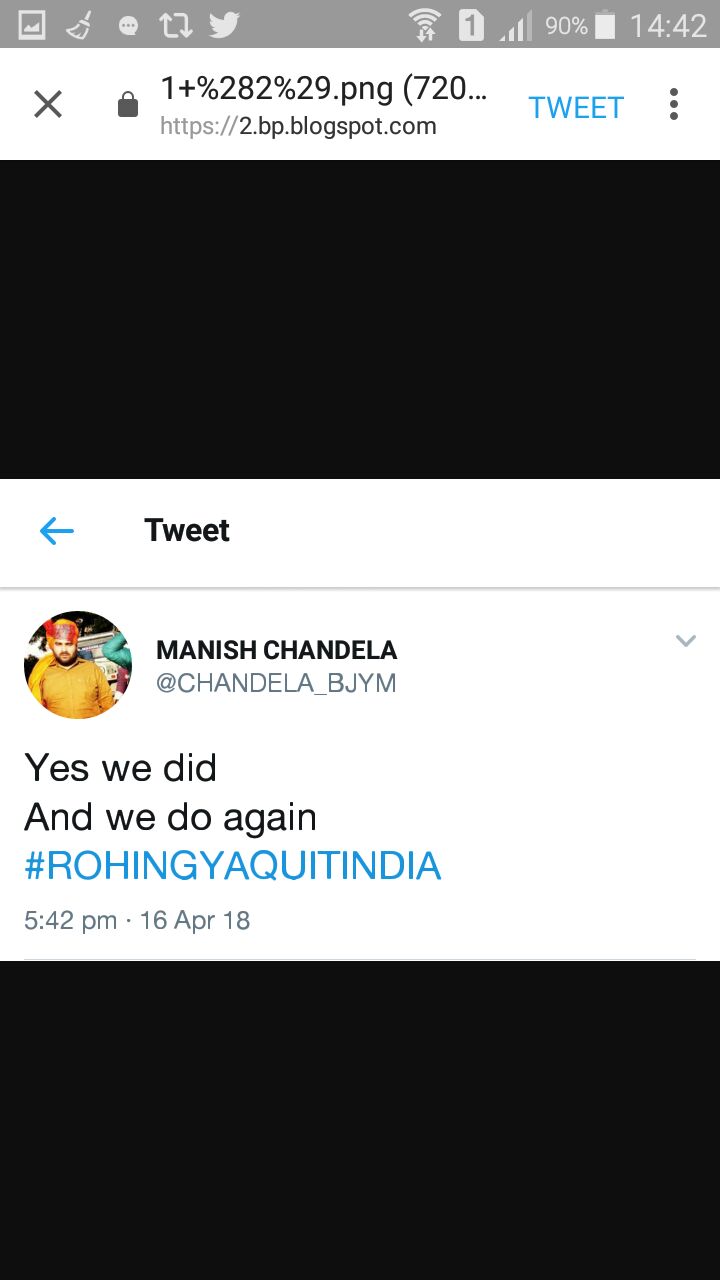 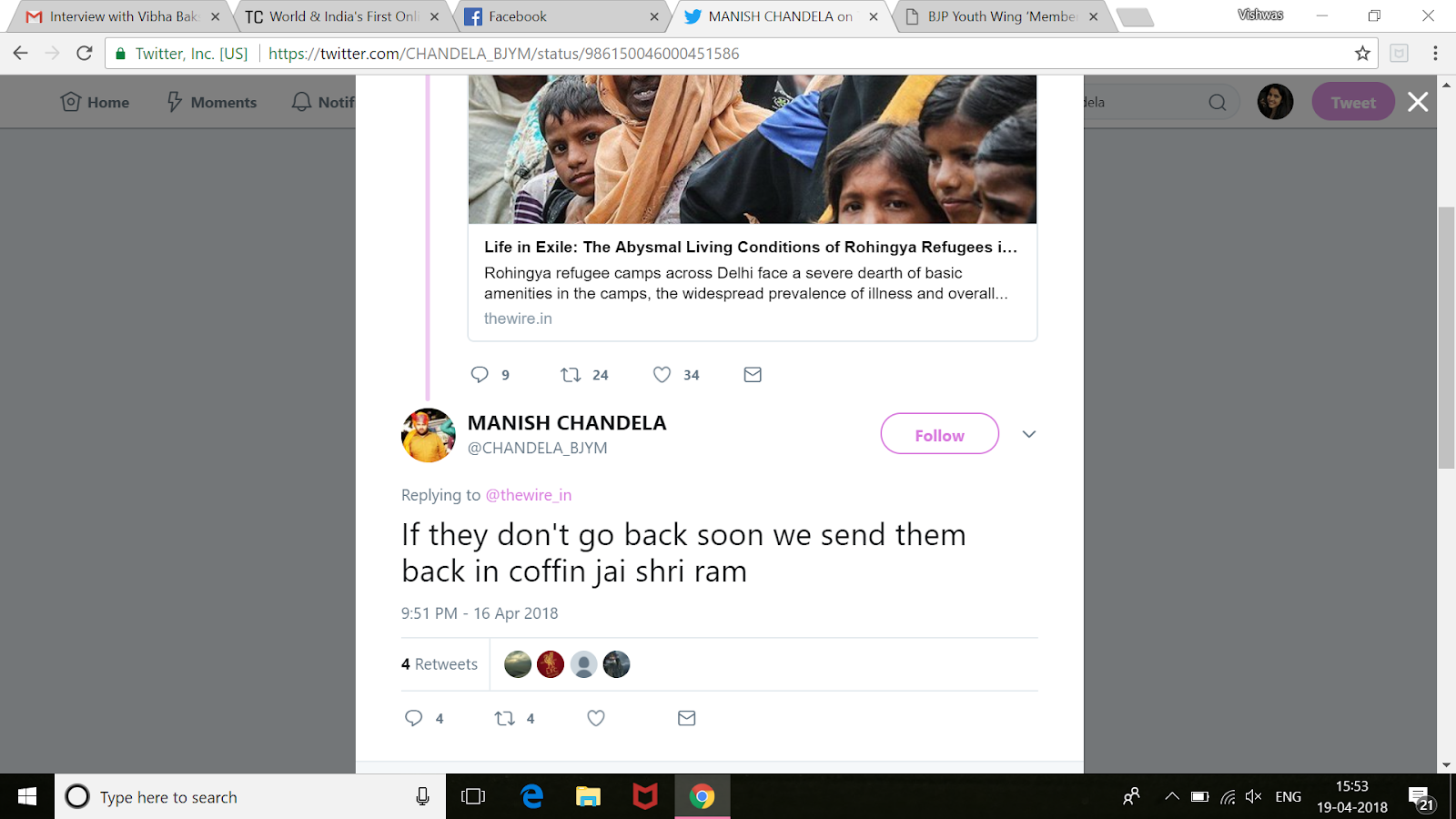 While the claim is being widely condemned by activists and people, there are some who are extending their support to the youth wing leader.

The following letter to the Police has been shared by Navaid Hamid with The Citizen pressing for immediate action against the ‘claimant’ who destroyed the Rohingya Refugee Settlements: 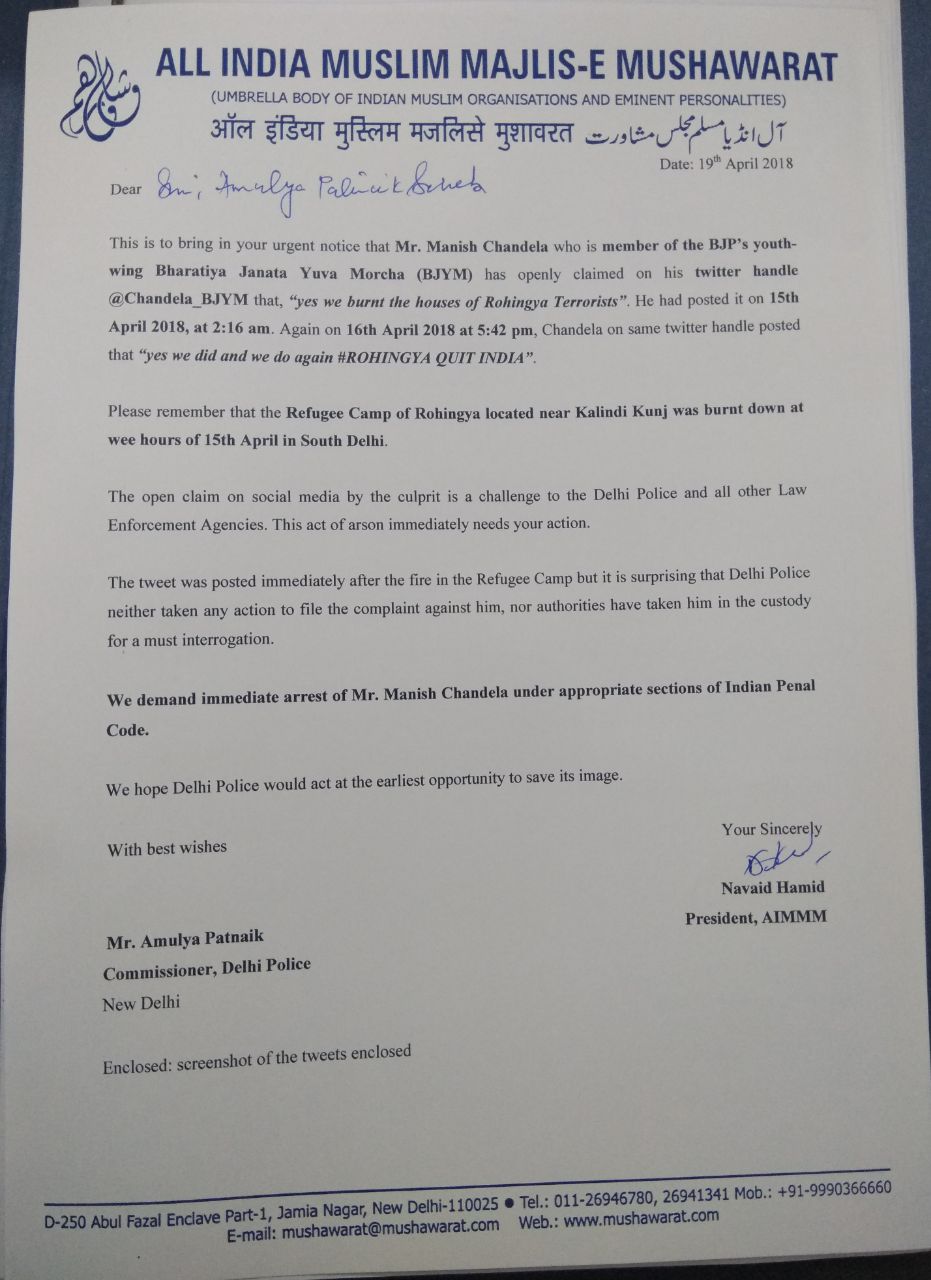 (Cover photo of the camp after the fire by ZIRAK FAHEEM)