Adityanath's 'War' on Bhim Army: Sachin Walia's Family Had Warned Of Possible Attack But in Vain

NEW DELHI: Amid heightened security and suspended internet services, people from other parts of the Saharanpur district had come together for the cremation rites of Sachin Walia in Ramnagar on Thursday. Local police had set up barricades at many places in the tensed areas. Bhim Army supporters are sitting in protest demanding arrest of the culprit since yesterday.

On May 9, 2018 a FIR on the murder of Bhim Army’s leader Sachin Walia had been filed at Kotwali Dehat police station in Saharanpur, Uttar Pradesh. Four members of Rajput Mahasabha had been booked in the FIR. A demand of compensation to the deceased family of Sachin Walia is also been sought in the complaint. 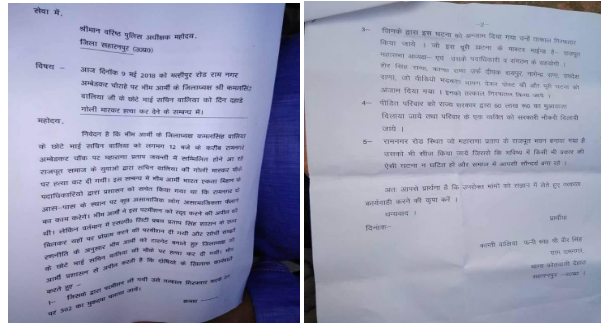 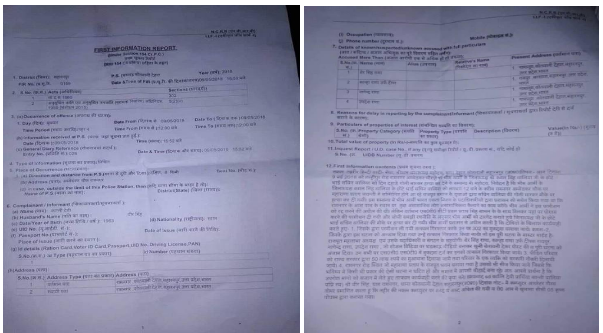 Kamal Walia, brother of Sachin Walia and regional president of Bhim Army, told sections of the media, "We had already conveyed our apprehension to the administration that something untoward might happen in the Maharana Pratap anniversary celebrations and had even submitted a memorandum to the district magistrate. Yet they gave permission to the upper castes to go on with the celebrations. My fear has come true. Thakurs have killed my brother."

Former inspector general of Police, S. R. Darapuri, blamed Adityanath Government for this murder and demanded that action must be taken against Saharanpur district magistrate. In a f-Facebook post, he wrote, “The district administration had itself created such circumstances in which Sachin Walia was killed. The permission given to Rajput Mahasabha for hold Maharana Pratap Jayanti Celebration is clearly under political pressure.”

Days before the killing, a video went viral wherein Updesh Rana, one of the accused, is seen giving threats to Bhim Army members and daring them to stop the Maharana Pratap Shobha Yatra.

A year ago, violence erupted on the occasion of Maharana Pratap Jayanti celebration on May 5, 2017. Some fifty houses of dalit community were flamed after they complained of loud noise during the procession led by Thakur community. Later Chandrashekhar Azad Ravan (then president of Bhim Army) led a massive protest demonstration in Saharanpur which met with police lathicharge. They also protested at Jantar Mantar on may 21, 2017 where more than 10,000 supporters gathered. 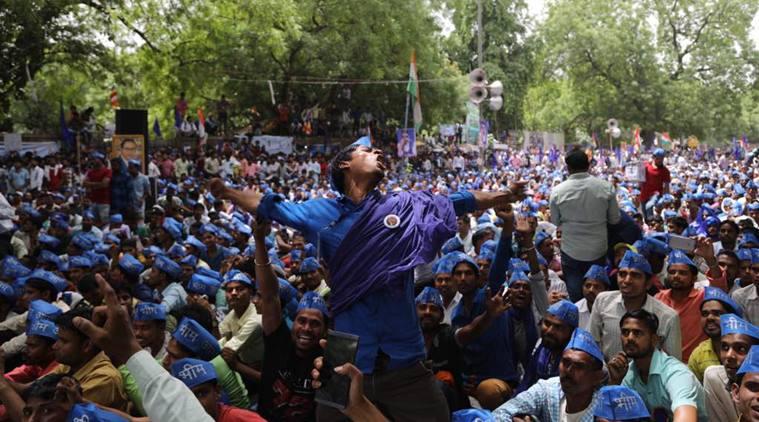 Police accused Azad of inciting violence and he was arrested on June 8, 2017 by Special Task Force in Himachal Pradesh. Azad was granted bail in Nov 2017 by Allahabad High Court which termed the charges ‘politically motivated’.

Hours after he was granted bail, the Uttar Pradesh government slapped the stringent National Security Act on Azad. The period of NSA was further extended and Azad continues to be in jail.