Sikh bodies up in arms

“We have a history of over 400 years, yeh kisi kitaab ko badalne se khatam hone wala nahi hai (This religion will not end with any change in any textbook)”, said Bhagwant Mann, Member of Parliament from Sangrur, Punjab while talking to The Citizen.

A recent controversy over the alleged distortion of history of the Sikhs and their Gurus in state education board textbooks and booklets printed by a Nagpur-based publisher projecting the Sikh Gurus as ‘gaubakhts’ and ‘Hindus’ has angered religious Sikh outfits. They have come out in opposition describing the ‘changes in historical discourse’ as objectionable and a “deliberate act of the Rashtriya Swayamsevak Sangh (RSS)”.

Sikh organizations like Lok Bhalayi Insaf Welfare Society and United Sikh Movement have alleged that the RSS was behind these “objectionable” booklets as the publisher’s address was the same as that of the Sangh headquarters, according to a report by The Times of India. Lok Bhalayi president Baldev Singh Sirsa is planning to move the Punjab and Haryana High Court to seek a ban on these booklets.

Rajiv Tuli, Prant Prachar Pramukh of the RSS in Delhi when contacted by The Citizen, had no idea about the issue and asked us to contact the Nagpur branch that remained unavailable for comment.

Shri Bharati Prakashan of Nagpur is the publication that has published these booklets. Talking to The Citizen, Srinivas, who heads the publishing unit said, “The first edition of these booklets came out in 2009 and were discontinued in 2011. These are books that are the material for a college in Maharashtra and are written by different people. In the first go, 500 copies were printed but it did not receive enough response so we discontinued it”.

While stating the name of the book as ‘Master- Key to Success’, Srinivas asked the reporter, “Kitna kitaab chahiye? (How many copies do you need)”. When asked if the content was in congruence to their ideology, Srinivas said “Gaubhakt toh sab hain. (We are all worshippers of cow)”.

Talking to The Citizen, a spokesperson for Sri Akal Takht Sahib Jathedar said that a final call is yet to be taken as he is travelling but insisted that the issue needed “more emphasis and will be taken up”.

Lok Bhalayi president Baldev Singh Sirsa explained, “On Page 9 of a Hindi booklet titled ‘Guru Teg Bahadur’, it is mentioned that Jahangir while persecuting the fifth Guru of the Sikhs, Guru Arjan Dev, ordered his soldiers to make him lie down inside a cow and for this, a cow was slaughtered. The booklet adds that Guruji was a ‘gaubhakt’ and he demanded to take a dip in the Ravi before complying”.

He further added, “In the same book, the reason behind the martyrdom of the ninth Sikh Guru (Guru Teg Bahadur) has been presented as a martyrdom for ‘entire Hindu community instead of Kashmiri Pandits’”.

However, this case of ‘changing historical facts’ is not a case in isolation under the current administration. Right after this incident, it was reported that a Class eight reference book described freedom fighter Bal Gangadhar Tilak as the “Father of Terrorism”. The book has been published by a Mathura-based publisher and is being used as material at private English-medium schools affiliated to the Rajasthan Board of Secondary Education (RBSE).

While the social media was abuzz over the apparent case of ‘wrong choice of words’, condemnation flew from all corners. 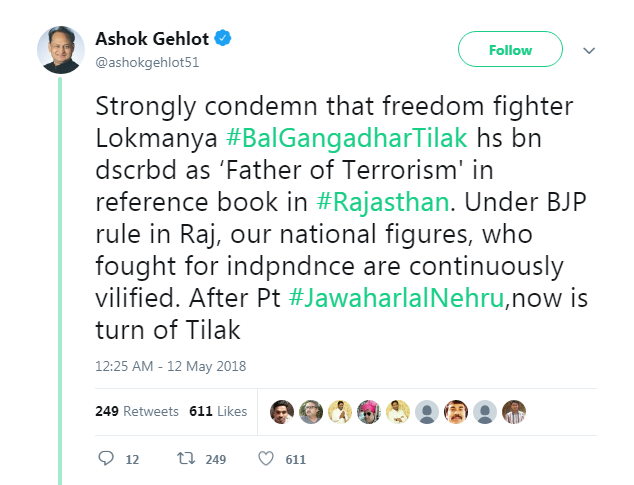 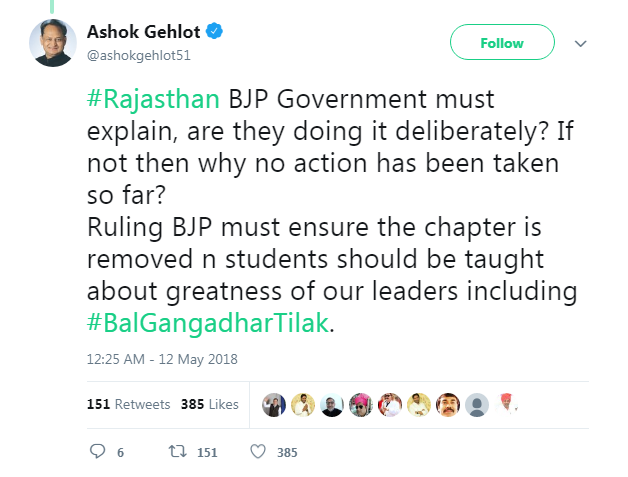 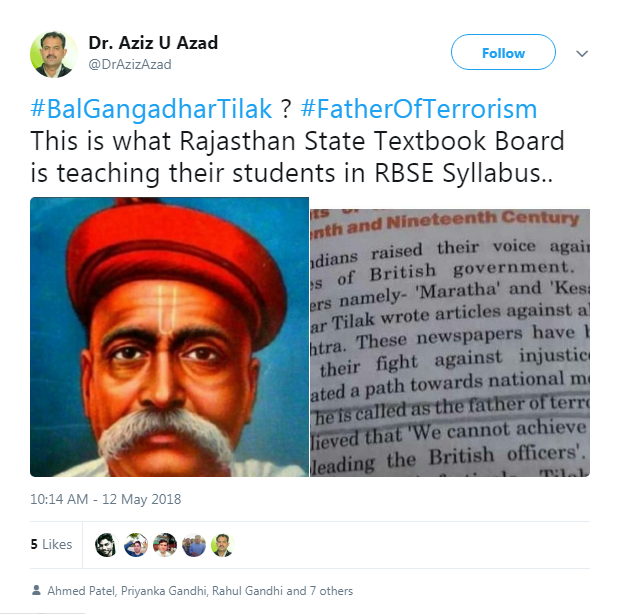 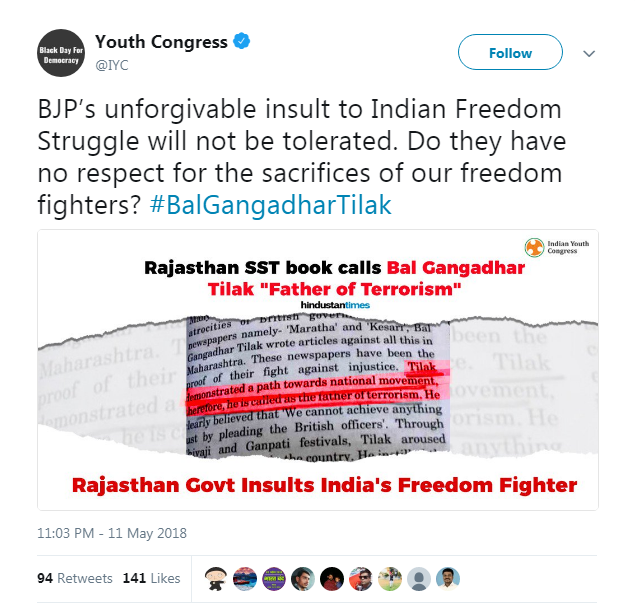 Bhagwant Mann, Member of Parliament for Aam Aadmi Party while talking to The Citizen expressed his discontentment with the current administration. He said, “Our Prime Minister is distorting the history which has Bhagat Singh in it according to whims and fancies. His allied groups are distorting the history of Sikhs and the nation. It seems, PM is the new history teacher himself. Why is it that before every election they have to change the pages of history for every religion.”.

When asked if these ‘changes’ affect the natural discourse being imparted, Mann said, “There is nothing they can do but edit the pages because they cannot make a history of their own. This case particularly establishes the fact and this is not a new exercise but a similar news came up in 2006 as well. Sikhism is a relatively new religion and no distortion can affect it. Ab toh yeh khabrein aati rehti hain par itihaas nahi badalta (Lately, these stories keep coming forward but history does not change)”.