Whoever Wins Karnataka Loses The Centre?

NEW DELHI: This morning, the BJP’s State President B S Yeddyurappa was sworn in as Karnataka’s 23rd Chief Minister. The BJP emerged as the single largest party in Karnataka, winning 104 seats in the 225-member assembly but falling short of an outright majority, with the governor giving the party 15 days to prove its majority on the floor. The Congress has slammed the governor’s decision to allow the BJP to form the government, saying that it “violated all democratic principles” as the Congress and post poll partner Janata Dal (Secular) had come together with a combined tally of 117 seats -- a clear majority.

Meanwhile, Congress and JDS MLAs have been sent to a resort outside of Bengaluru so as to try and prevent attempts at horse trading. If the BJP manages to prove its majority, the party and its allies will be in power in 22 of India’s 29 states.

As the political drama unfolds, there’s an old adage that may be of interest to the parties that are all vying for power in Karnataka. “Whoever wins Karnataka loses the centre” or so the saying goes.

The statement holds true all the way back to 1983, with the party that won in Karnataka losing the closest general election. 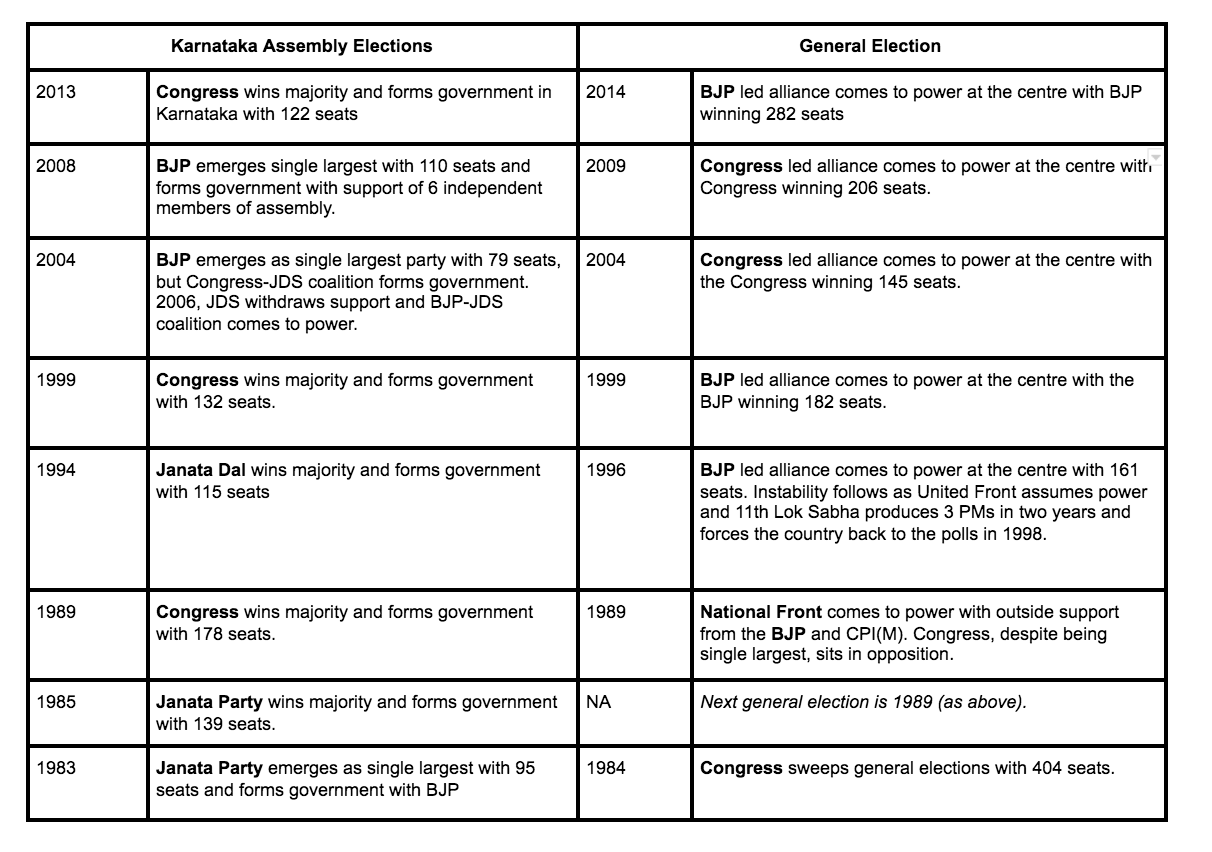