Yet Another Rohingya Camp Catches Fire, This Time In Mewat: A Pattern Emerges

NEW DELHI/ MEWAT: On a Sunday afternoon around 3.00 pm, the Rohingya Camp at Nuh, Haryana, caught fire, the cause of which is considered to be a short circuit, which led to the blast of an LPG cylinder. The fire gutted down the 100-150 houses of the camp, which is situated in the Mewat District of Haryana. 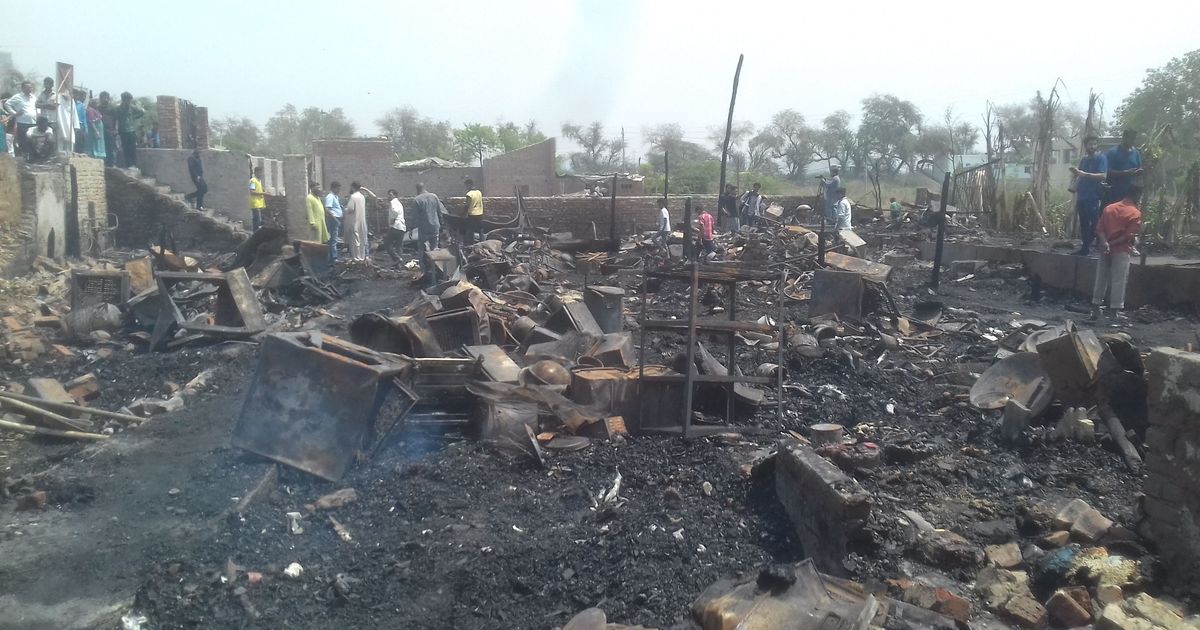 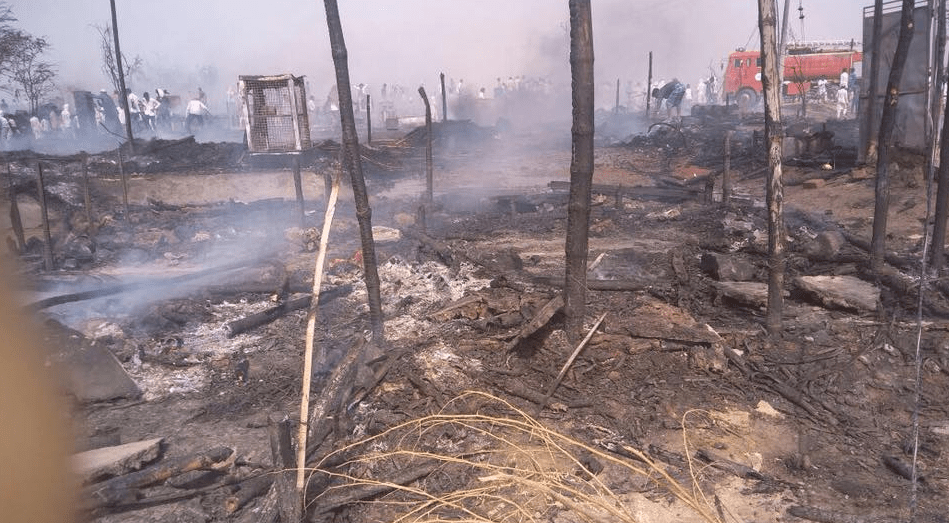 This was clearly not the first time that a Rohingya settlement has been reduced to ashes; on April 15 a Rohingya refugee camp in Kalindi Kunj had also burnt to flames. The cause here was also claimed to be natural, however later on, a BJP youth wing leader claimed responsibility for burning down the settlement. Despite this, no actions have been taken against the accused.

This Rohingya settlement doesn’t really have a clear date of origin according to some sources, and it’s been around since the last four years. However, some believe that it’s only been here since the last one year. After further probing, it was understood that there were different segments of the Rohingya Muslim population settled there at different points of time.

It was a normal Sunday like any other. The fire broke out at 3.00 pm and continued for around an hour. Within an hour of the outbreak, the fire department was present to douse the flames. The land in which this Rohingya settlement has been built is owned by the Gram Panchayat of that area. The gram panchayat has generally been very cooperative as this is a Muslim majority area. “There are no external threats which are received by the residents of this area, however the general categorization of Rohingyas as ‘Terrorists’ still affects their daily lives.”, claims Ali Jauhar, a youth activist of the Rohingya community. 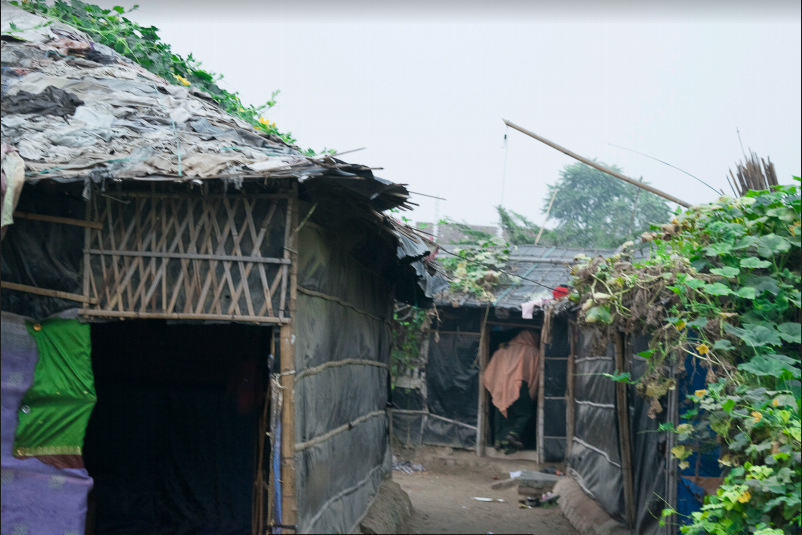 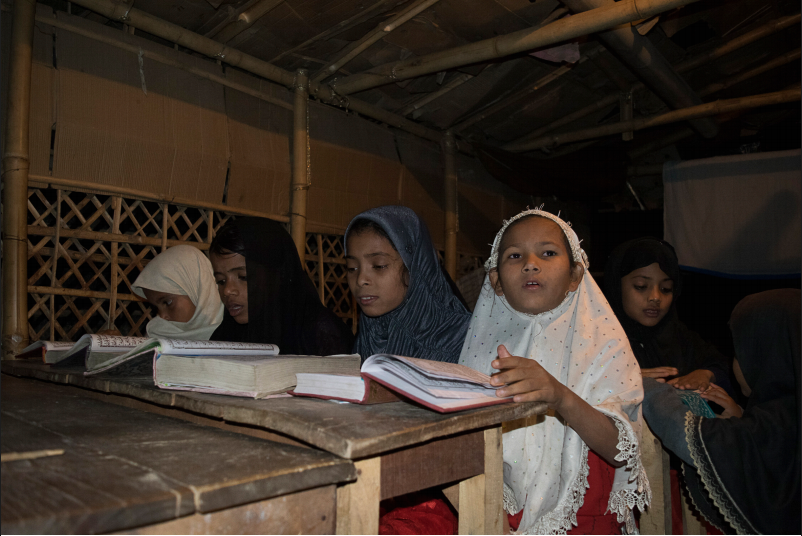 (In Pictures: Archival Photo of the Refugee Camp in Mewat Credits: Hasan Akram)

There is an air of conspiracy which is doing the rounds in the area based on speculation; when these settlers were called at around 11.00 am on Sunday to the new court complex which has opened near the SDM office in Nuh, they had to be present for their bio-metric scan for the necessary registration and updation. They returned around 2.00 pm, as there were no transportation facilities provided by the government office, and they had to walk the rest of the way back home. 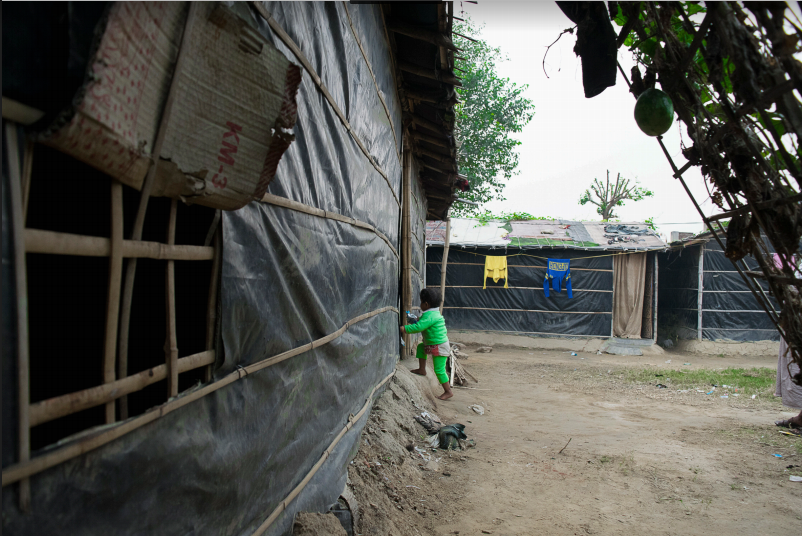 (In Pictures: Archival Photo of the Refugee Camp in Mewat Credits: Hasan Akram)

Sanjay Kumar, the SHO at Nuh Police Station, Meerut declined the allegations saying that the people were called on an earlier date. He said, “There was routine verification, but it was on an earlier date”. He also negated the allegations that all the people were called on the day of the fire. He refused to make any further comments.

Immediately after the fire was brought in control, the SDM of that area visited the particular site, and setup makeshift tents for the people who had lost their homes in the fire. The state police was present the entire night to provide security to the villagers. Local NGOs collected food, water and utensils and distributed it amongst the villagers. However, in the scorching heat of 47 degree Celsius, it is becoming very difficult for the refugees to live in the makeshift tents. “It is very hot here, my one year old child was vomiting. There was no medical assistance provided till Tuesday morning.”, states Samira, a resident of the settlement in Nuh.

There are around 40,000 Rohingyas in India according to the U.N.H.RC report of 2017.They are scattered all across the length and breadth of this country. The refugee population finds it difficult to integrate into the Indian society. There have been isolated attacks against the community in multiple areas. While the camp fire in Nuh definitely doesn’t seem like a case of a well-planned attack intended to exterminate the population present there, the current political climate and the discrepancy between the statements of the government officials and the original settler are enough to make one believe that the lines could be blurry.