NEW DELHI: Eight of the Twitter handles that trolled Minister of External Affairs Sushma Swaraj after she transferred a passport officer who allegedly harassed an interfaith couple, are followed by Prime Minister Narendra Modi.

The Hindustan Times broke the story that 41 of the handles were followed by the BJP and of these eight by PM Modi. The Citizen takes this forward by profiling the accounts that Modi follows, their initial tweets on the issue, and their current status on the controversy.

1 ) Shefali Vaidya, a writer and columnist of the popular right wing Magazine- Swarajya is one of the twitter handle pointed out by HT for trolling Sushma Swaraj who is also followed by PM Narendra Modi. She has accused HT for making her a chief troll while she was only doing the job of questioning the Minister. She also penned an opinion piece on OP India titled “My name is Shefali Vaidya and I am a troll” in her defense.Her tweet on the incident: 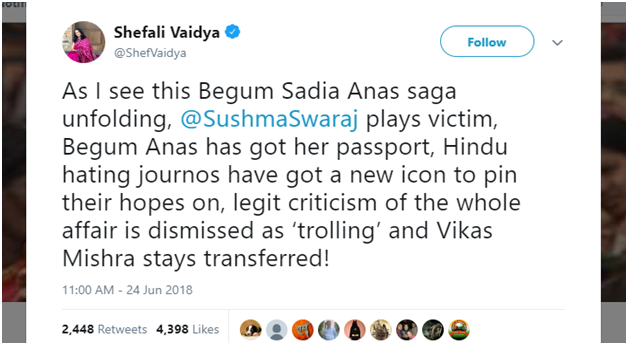 2 ) Rishi Bagree another Twitter user who trolled and spoke against Sushma Swaraj is also followed by Narendra Modi. His Tweets were

3 ) V K Sharma, who describes himself as a Nationalist and a fan of Narendra Modi, evident from this Twitter bio, is one of the user who trolled Sushma Swaraj and is followed By PM Narendra Modi. His hate troll is no longer available. 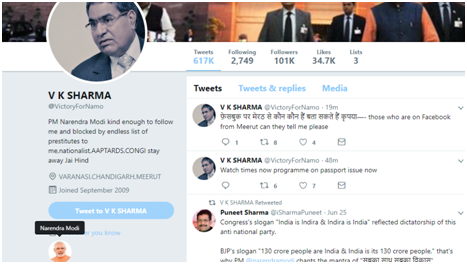 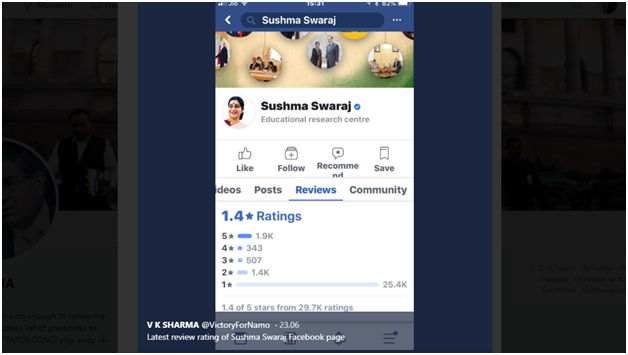 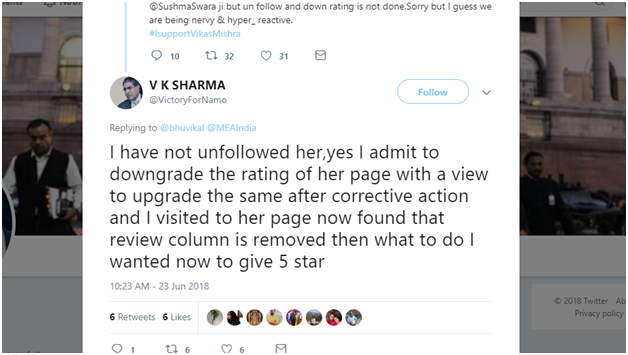 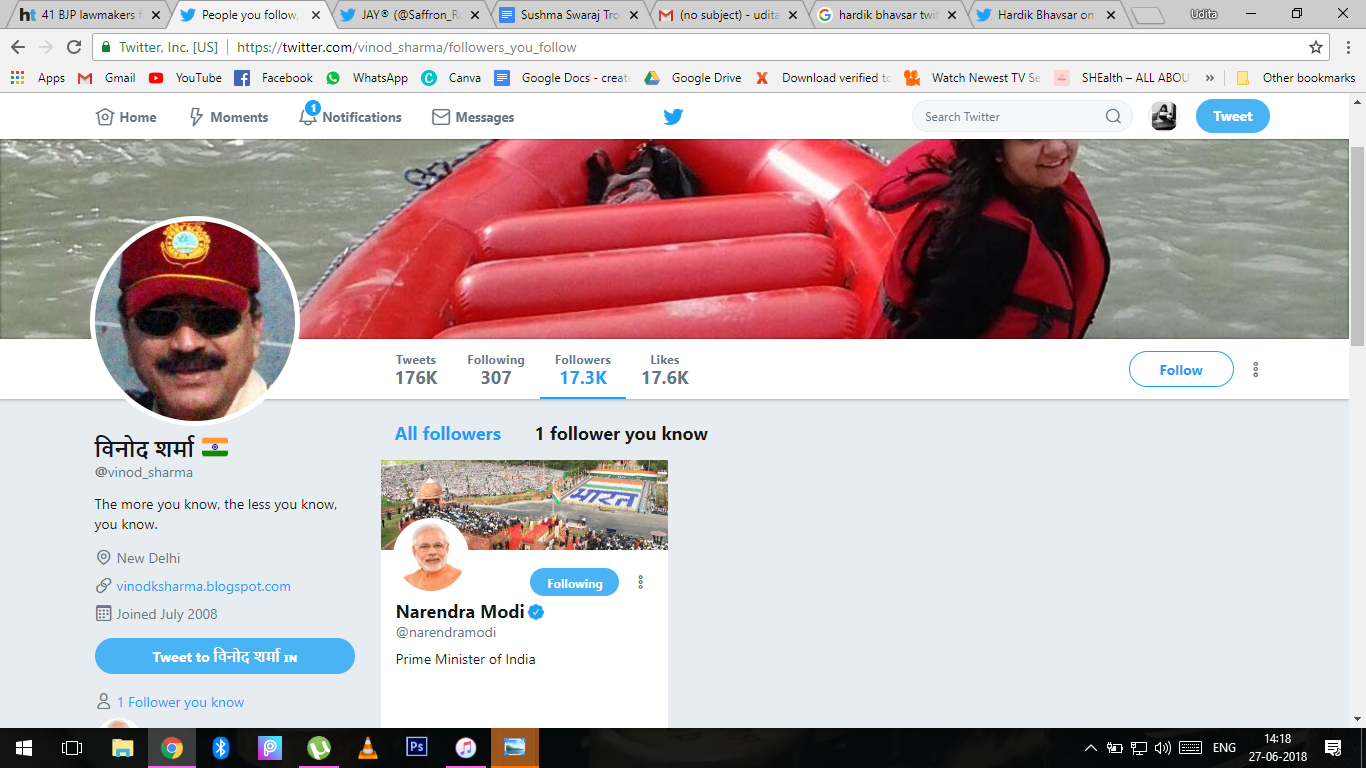 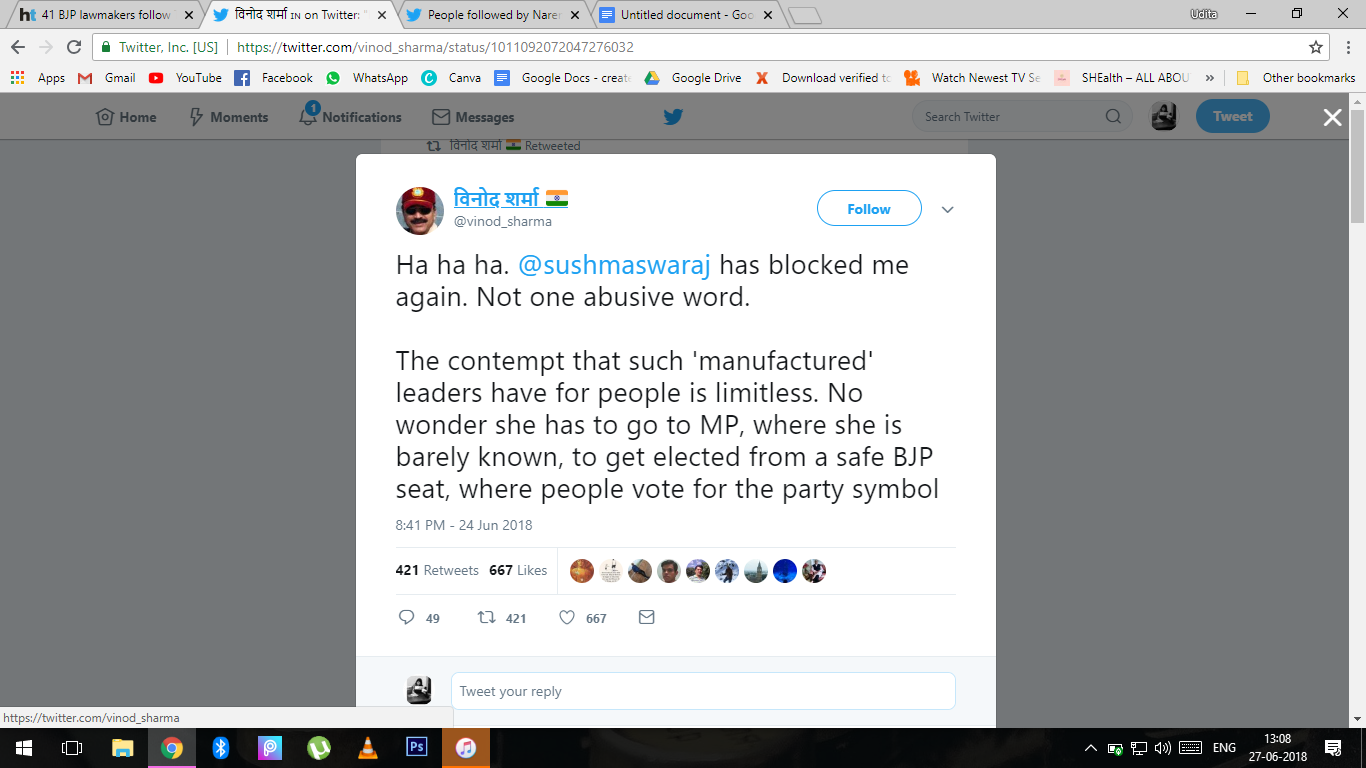 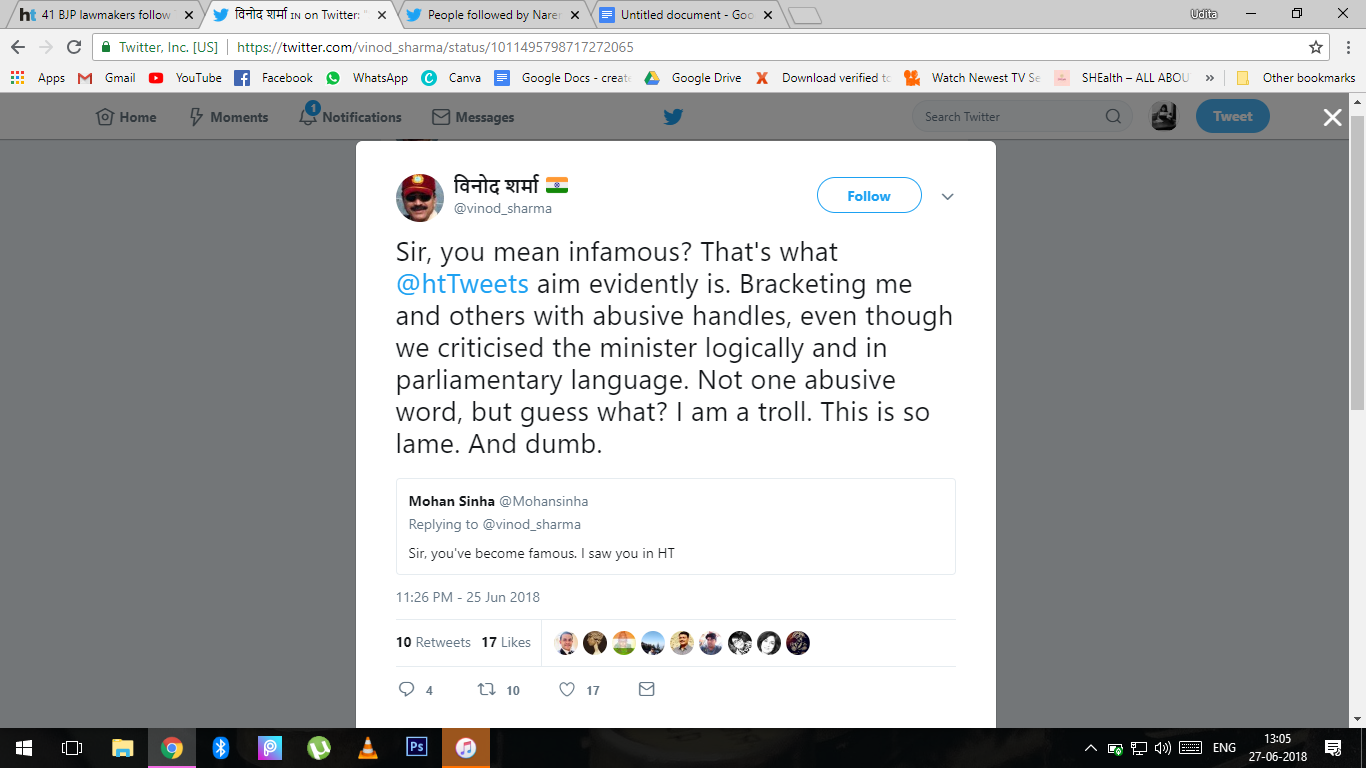 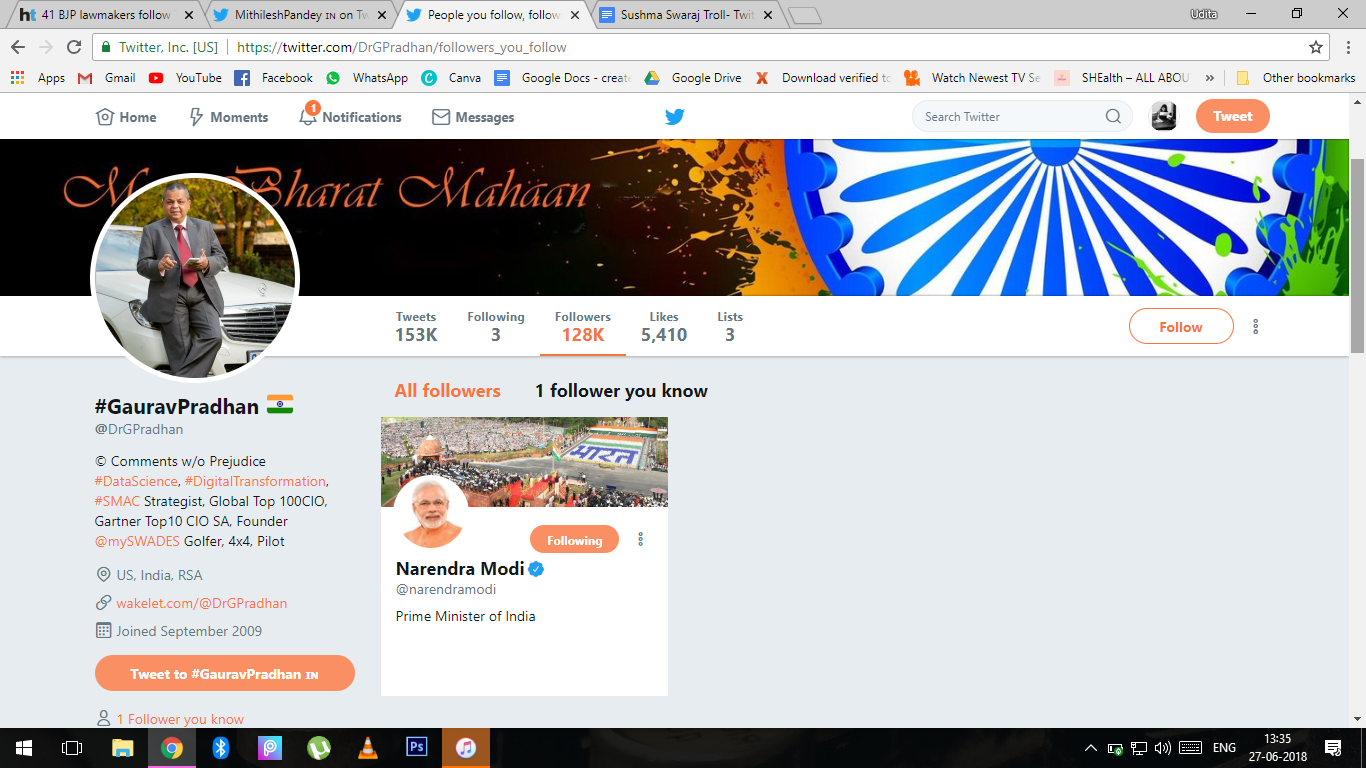 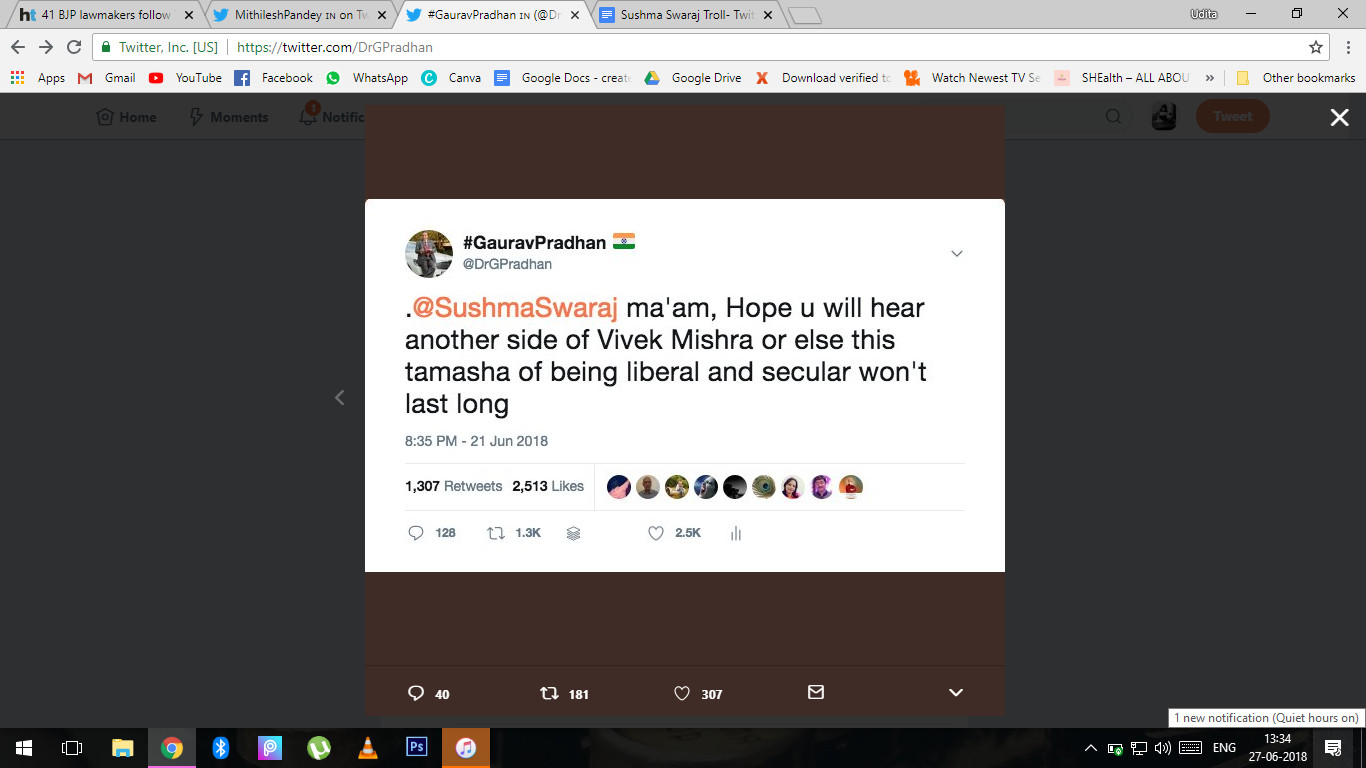 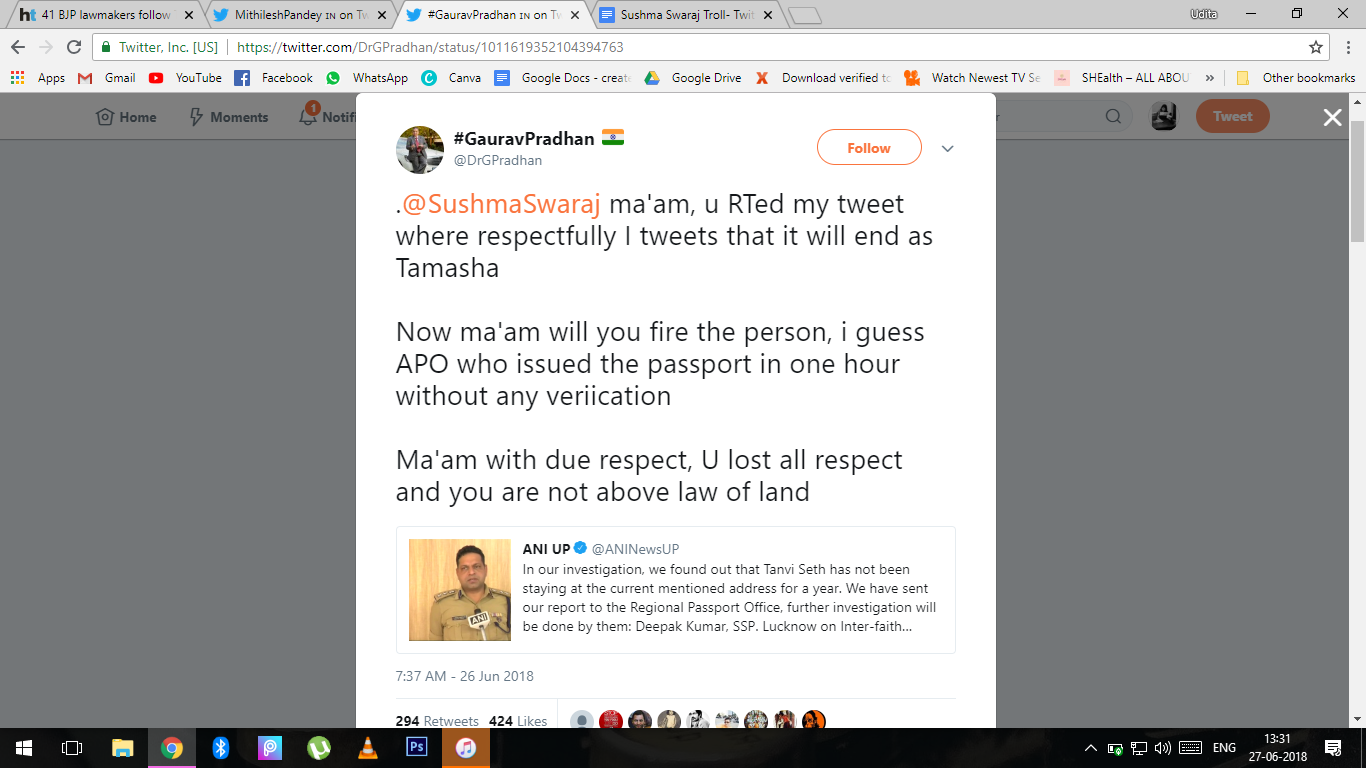 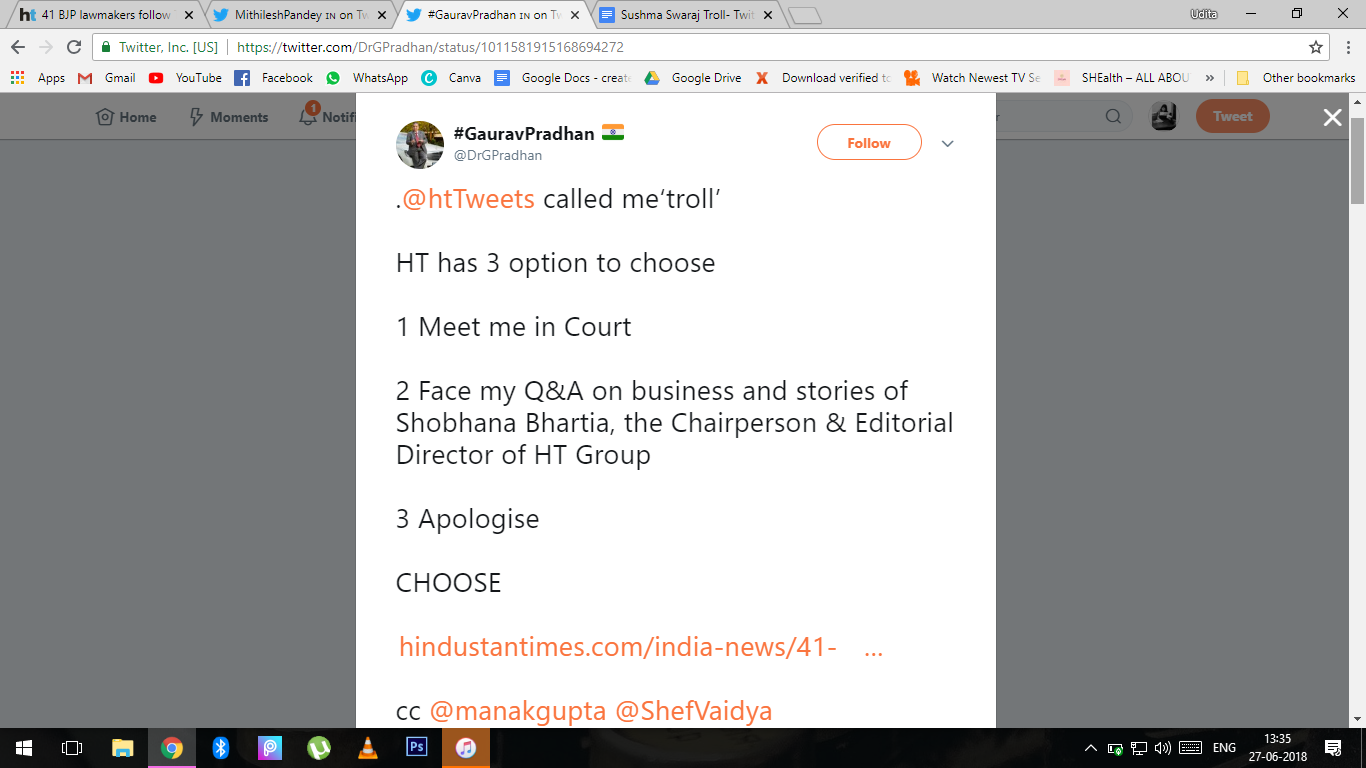 6 ) Jay another Twitter user whose bio reads ‘Communal Hindu’ who trolled and spoke against Sushma Swaraj is also followed by Narendra Modi. His Tweets were 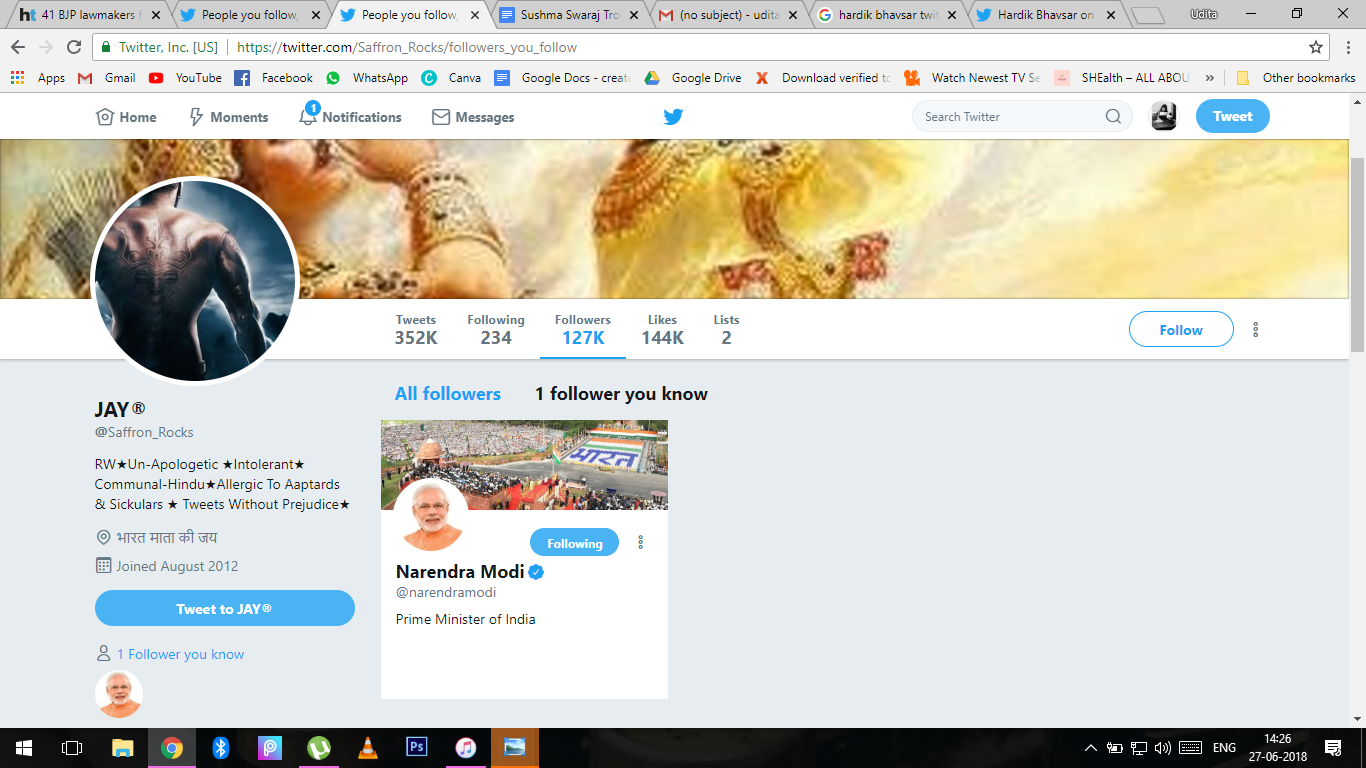 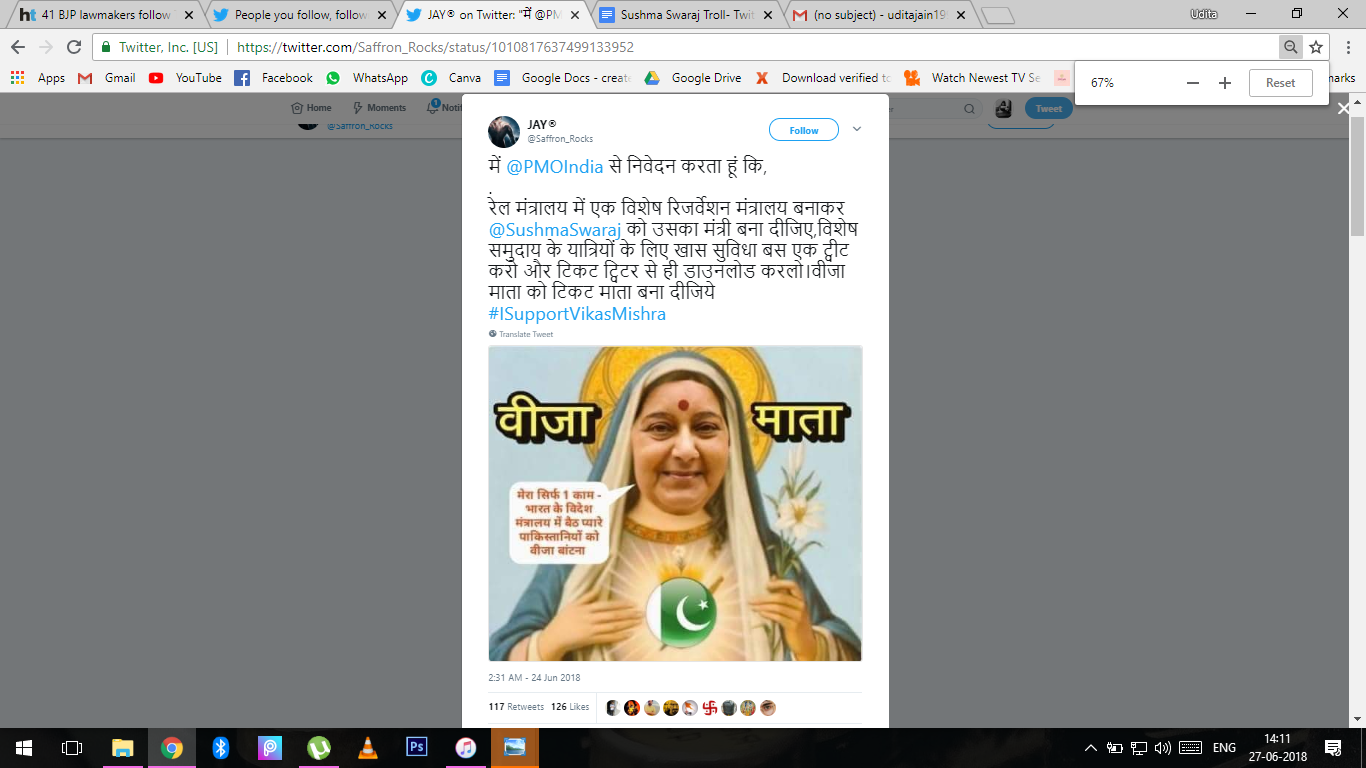 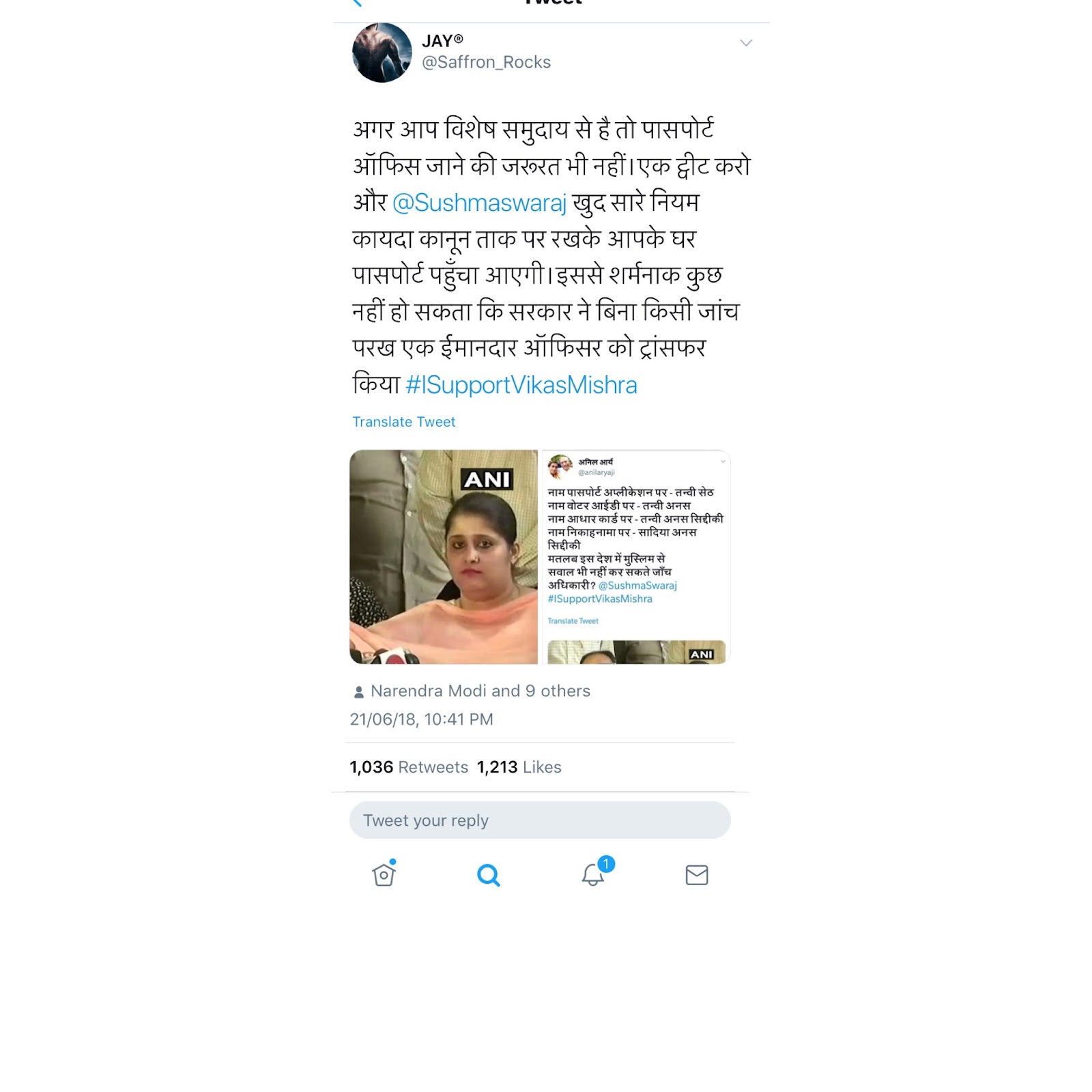 7 ) Hardik Bhavsar, whose Twitter bio describes him as a proud Indian and Patriot and who is proud to be followed by PM Narendra Modi and Amit Shah, was also involved in trolling Sushma Swaraj. 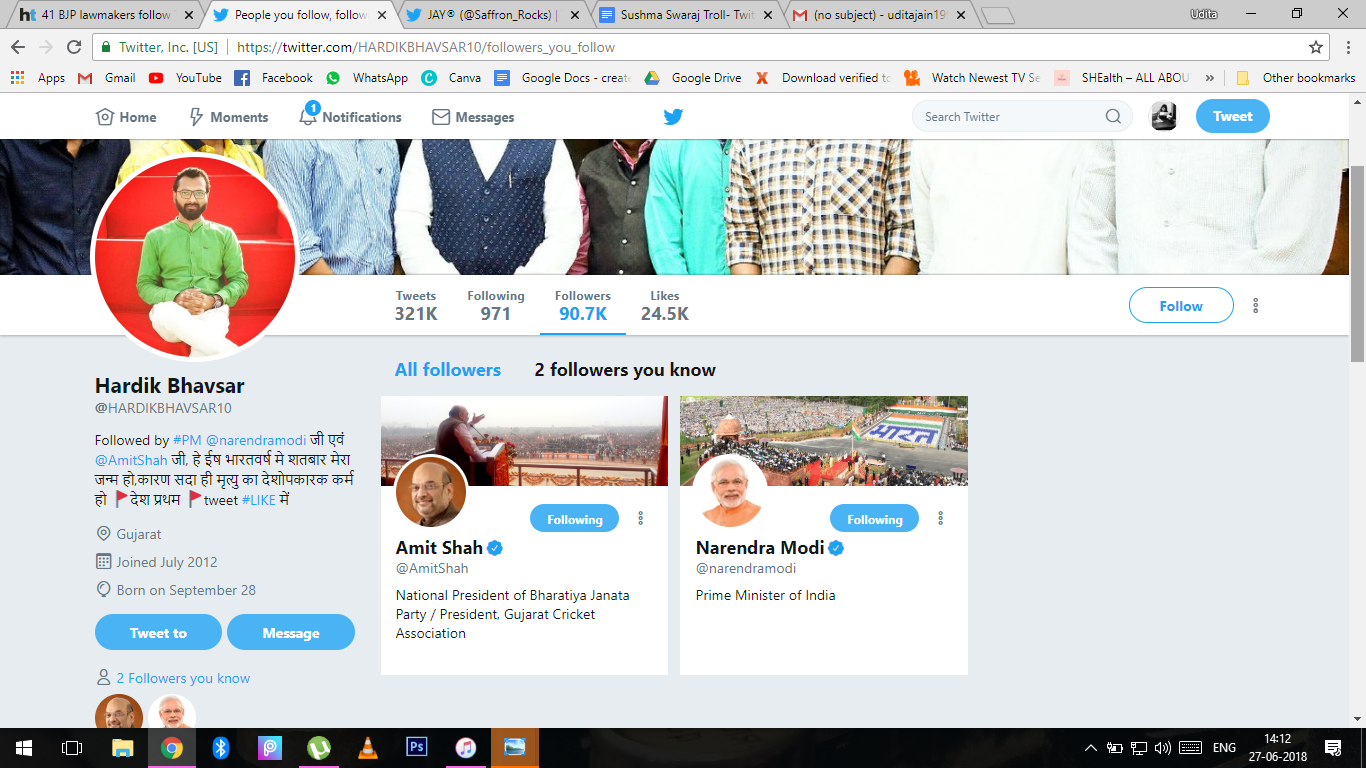 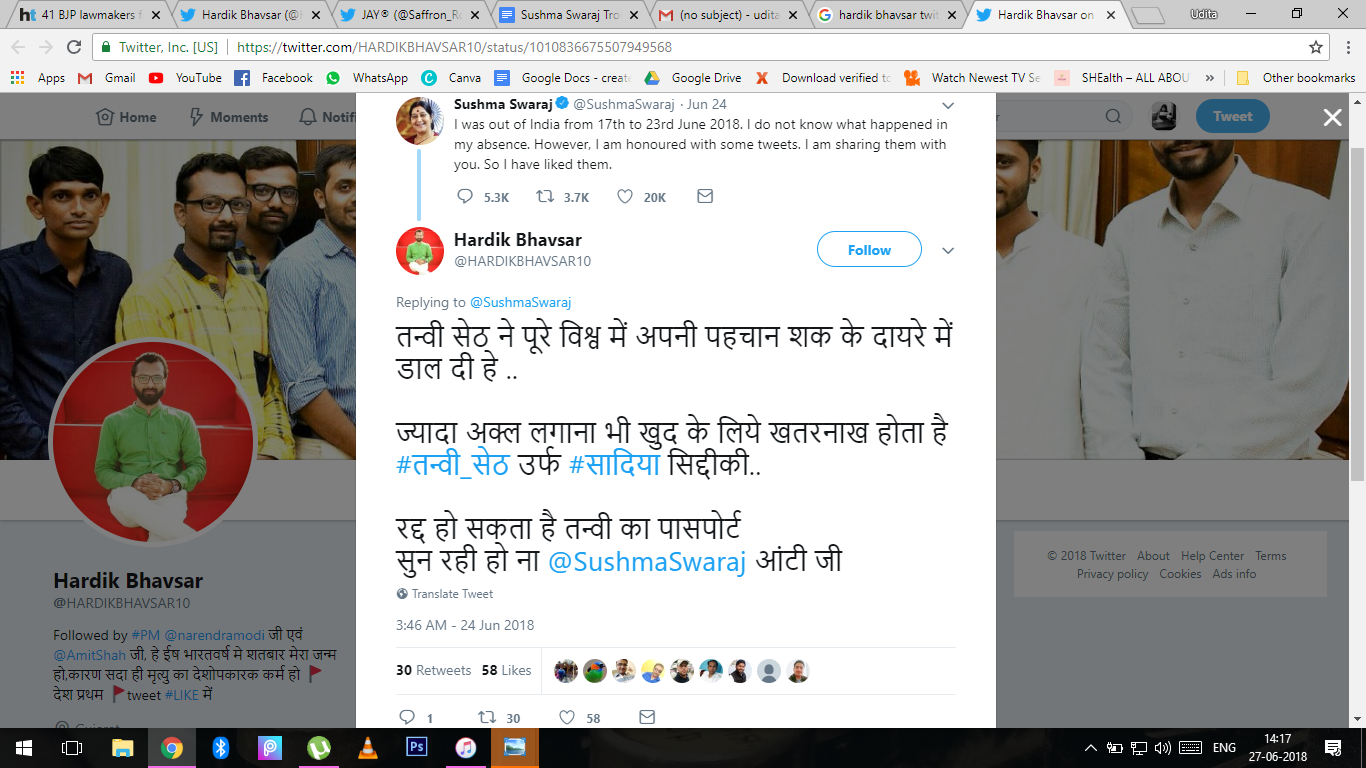 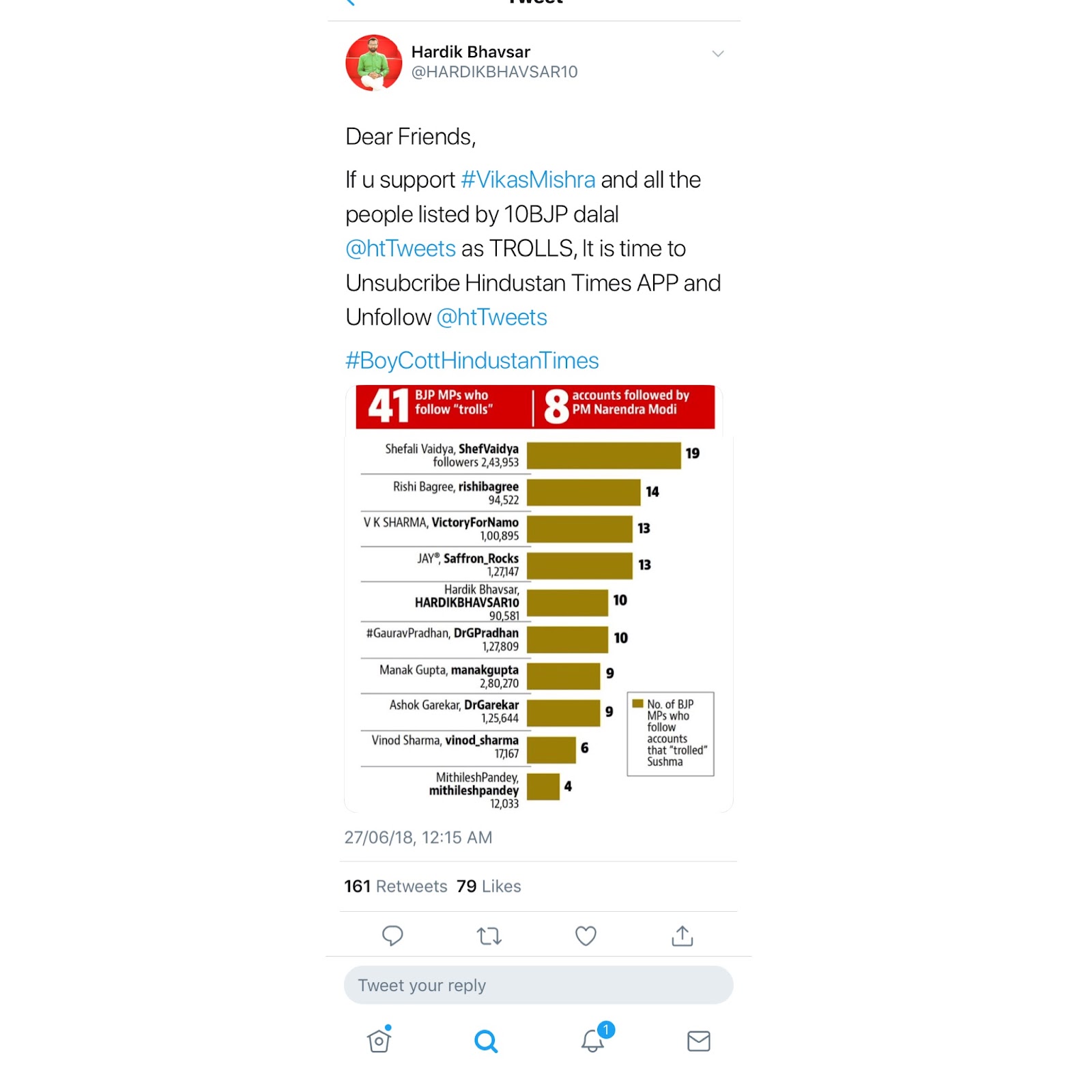