Protest calling for the resignation of CM Nitish Kumar

NEW DELHI: A protest demanding an enquiry into all shelter homes in Bihar and the resignation of Chief Minister Nitish Kumar was held at Bihar Bhawan in New Delhi on July 30, and was joined in by protesters across India including Patna Varanasi, Gorakhpur, Allahabad, Lucknow, Dehradun, Kullu, Jaipur, Ranchi, Bhopal, Chennai, and various other cities of Bihar on the same date.

Ride For Gender Freedom' along with the National Federation of Indian Women(NFIW), web portals Streekaal and Tedhi Ungli called for the protest, after news emerged of sexual assault of minor girls at an NGO run shelter home in Bihar’s Muzaffarpur.

After Mumbai’s Tata Institute of Social Sciences carried out a social audit in shelter homes across Bihar last year, reports of constant sexual assault faced by minor girls aged 5 -17 year emerged.. The Bihar Social Welfare Department filed a complaint based on the audit; medical reports later that confirmed the rape of 34 girls out of 42 in the shelter home run by NGO Seva Sankalp Evam Vikas Samiti.

The news has become a political controversy, as the NGO was run by Brajesh Thakur, an accredited journalist whose Hindi Daily Pratah Kamal operated from the same premises. Demands calling for the resignation of Nitish Kumar stem from the news that Thakur’s newspaper quotes exaggerated circulation and received advertisements from the Bihar government. Further, the NGO has received funding and projects continuously, despite allegations of abuse having surfaced before -- including in May 2018 when Tejashwi Yadav from the opposition party (RJD) tweeted about it.

The victims of the assault have spoken about the abuse in detail after being rescued, with police digging up the premises after the victims reported that one of their inmates was killed and buried following a violent confrontation. No remains were found. Statements made by the girls under Section 164 include confessions of being perpetually drugged and raped by “tond vale uncle” (obese uncle) and “moonch vale uncle” (uncle with a mustache) to be later woken up naked on their beds with marks and injuries on private parts.

With the investigation now handed over to the CBI, 10 out of 11 people have been arrested since then under IPC and POCSO Act. The news has prompted protests across India, with the protest in Delhi including prominent names such as Kanhaiya Kumar, Former President of JNU Student's Union and Leader of AISF; Manoj Jha, Member of Rajya Sabha and spokesperson of Rashtriya Janata Dal; Sucheta, National president of AISA- All India Students Association; Arvind Gaur, Leader of Asmita Theatre Group, and Ali Anwar, Former Member of the Parliament.

The protesters had the following to say:

Kanhaiya Kumar, Former President of JNU Student's Union and Leader of AISF- “ How should I believe in the innocence of a govt. that was unknown of such a huge scandal happening under its own nose? Tell me, would you place your trust in such a government? There is so much to talk about but I don’t want to go there as the members enlisted in this scandal carry a lot of clout. Anyway, its high time that Nitish Kumar gets back to his senses and starts fulfilling the promises he’s been making to women of his state or else, he must resign! It’s high time.”

Sucheta, National president of AISA- All India Students Association- “If you (Nitish Kumar) are supported by certain big names and then you try to return the favor by letting them rape innocent kids with such treachery and ferocity then you do not get to sit on that prestigious seat of yours. You might as well resign and let the state breathe some fresh air. It was all happening under your presence and your silence can not prove you innocent.”

Arvind Gaur, Leader of Asmita Theatre Group- “ I am not here to comment or take side for any particular party but considering the negligible changes that have taken place (or not) in Bihar since he’s been in power, I think it’s time for him to resign. NDA govt. is Anti- Women, Anti- Dalit and what not. I don’t even want to get in the details. It’s disturbing. Rest, Virodh khud mein ek awaz hai! Protest in itself is a voice the nation needs.”

Gargi Chakraborty, Vice President of NFIW- “ Progress of our country lies in the nature of the government in power. Instead of progression, NDA is bringing upon suppression and aggression in the society, further worsening the situations. And someone is accountable for all of it, someone who elected to be accountable for all what happens with his state. Thou shall resign!”

The protest drew people from across the country, cutting across castes and regions. By the end of it, a number of women leaders of the protest were allowed to go inside Bihar Bhawan and submit their memorandum to be further passed down to higher authorities. The memorandum puts forth these demands-

. CBI must investigate the case under the supervision of the High Court.

. In this case. The investigation should not be limited to Muzaffarpur rather extended to all the shelter homes of the state.

. Chief Minister should not only dismiss his minister but must resign himself. 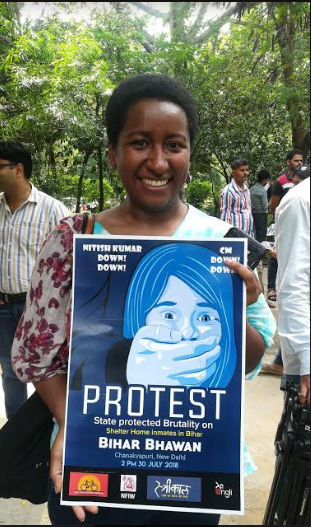 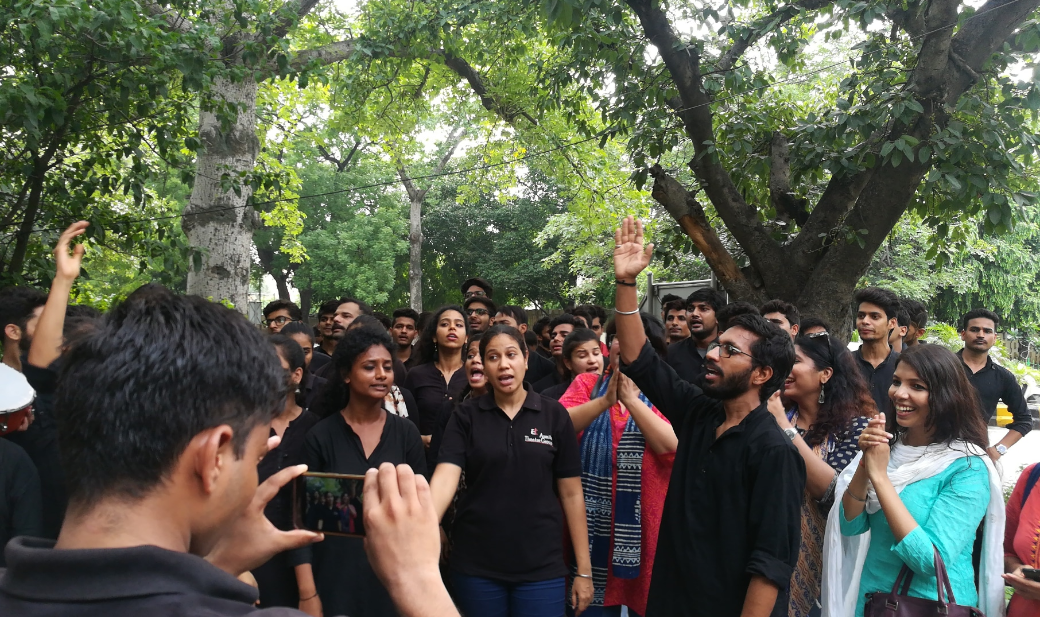 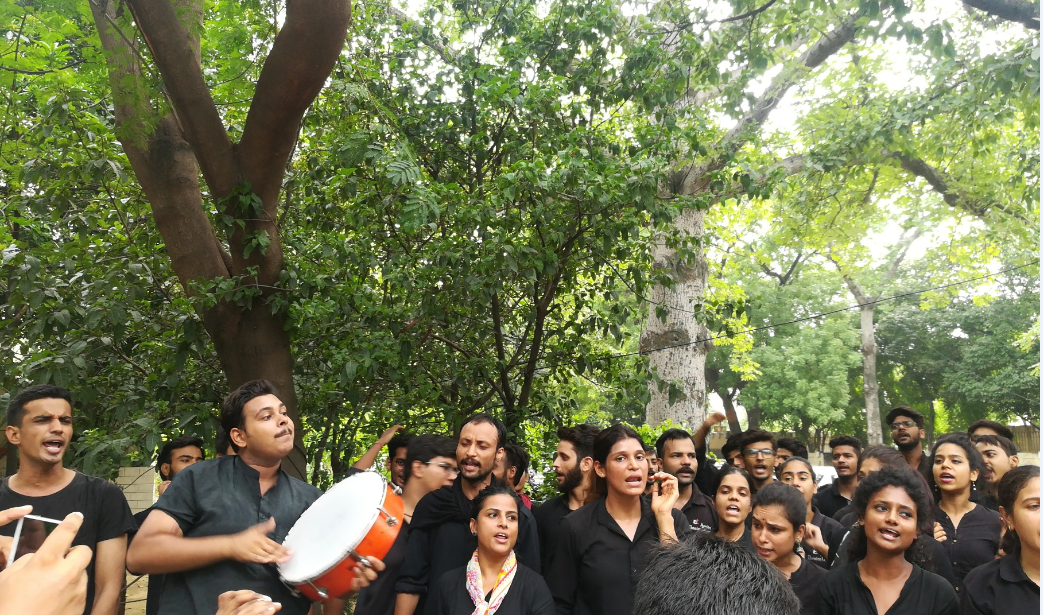 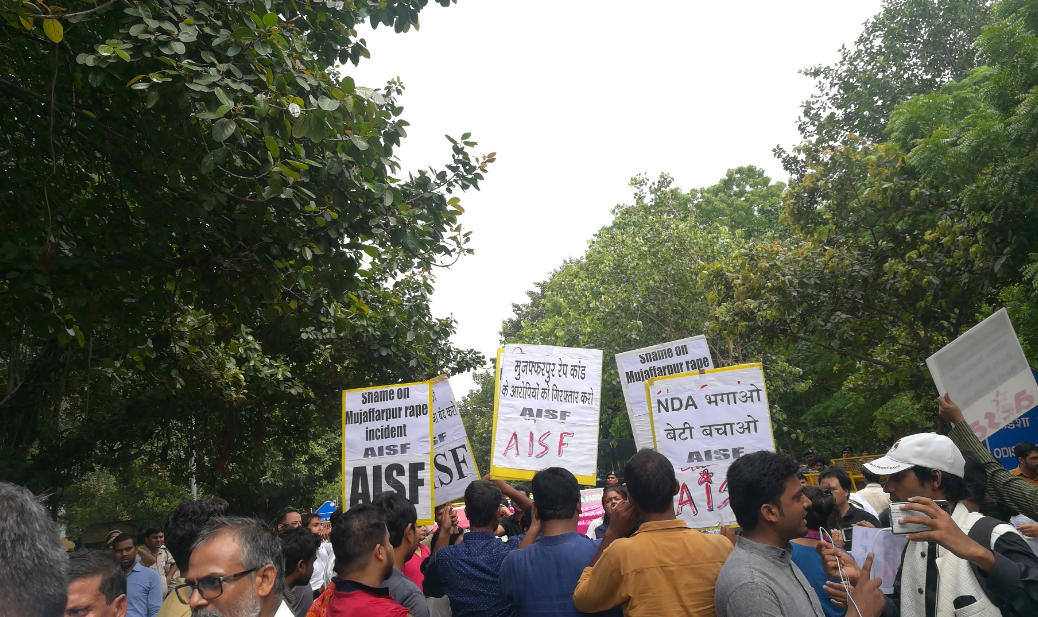 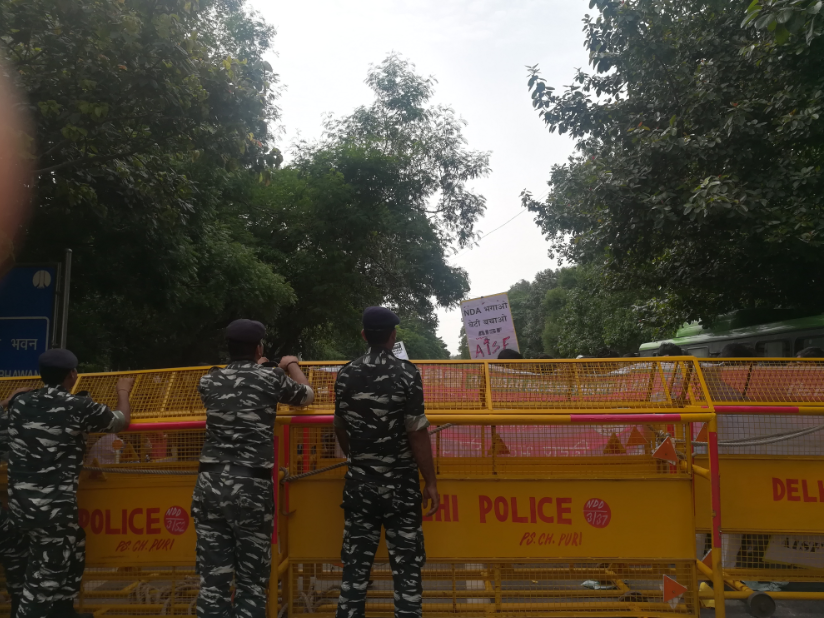 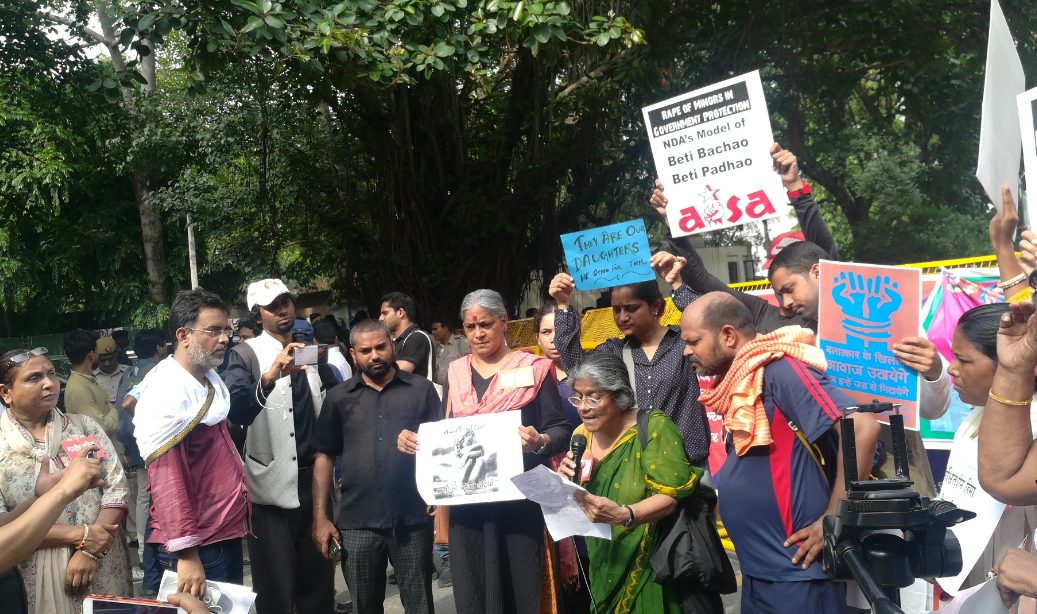