On the morning of August 17 he received a threatening call, abusing him as a ‘deshdrohi’ (traitor). And a few hours later a dozen men wielding sticks and swords barged into his home, dragged him down the three storeys to the road, doused him with petrol and threatened to set him on fire. They beat him mercilessly with photographs (not all being reproduced here) sent to The Citizen of his injuries. He received internal injuries, on his head, and more particularly his private parts. 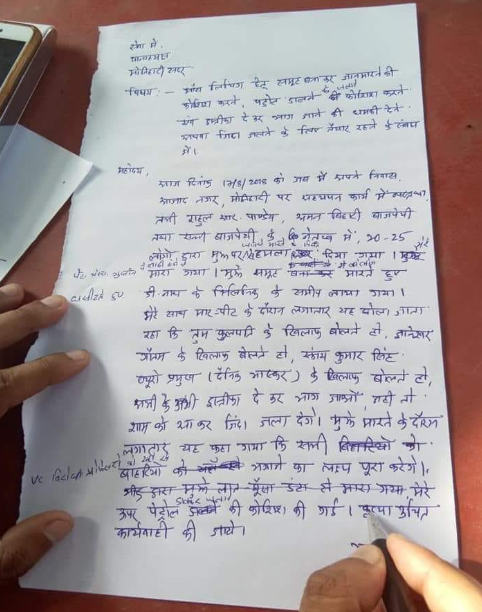 At night while in hospital in Patna, he fainted. His friends told The Citizen that his condition remains serious. Students and teachers are gathering at the hospital, even as the state Chief Minister Nitish Kumar who was apprised of the situation by MLC Sanjay Jha continues to maintain a grim silence. However, the denials of the local authorities were finally dispensed with and some action is being taken although no one from the mob has been arrested as yet.

Kumar was saved from what his friends insist would have been yet another lynching, by them. As a result the mob dispersed leaving Kumar badly injured. Another colleague Vikram who was reported to have disappeared in the initial confusion, is alive and well.

A written complaint has been given to the police on behalf of the badly injured Sanjay Kumar, in which Rahul R Pandey, Sanjay Kumar Singh, Aman Bihari Vajpayee and many others have been named. Threats received on WhatsApp have also been turned over to the police.

Congress leader and legislator Shakeel Ahmad Khan told The Citizen that the professor was very unwell and in a serious condition. He said he had sent messages and spoken to local BJP leaders as well about the incident. He said that a protest was being planned, but first the condition of the professor should stabilise. Khan said that this was the first such incident of its kind, where a professor was attacked in this manner, and left to die.